Disney’s Hollywood Pictures brand was just three years old when the film adaptation of The Joy Luck Club was released, taking a New York Times bestseller and catapulting it into stratospheric success. In Amy Tan: Unintended Memoir, fans of the book and film will get an intimate view of the life of its author. Directed by Jamie Redford, the late son of Robert Redford, the film helped close out the final day of new programming at this year’s virtual Sundance Film Festival. 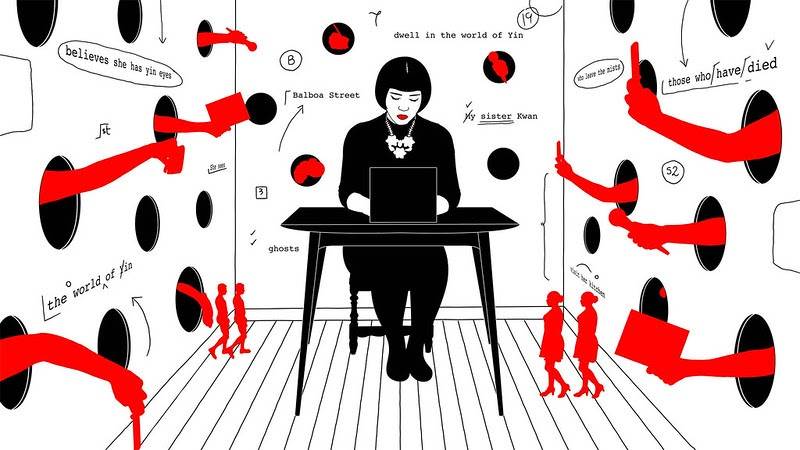 Using family photos, home video footage and animated transitions, Amy Tan tells her own story in her own words with supporting interviews from her husband, brother, friends and peers in the publishing world. The first half of the film is hyper-focused on her upbringing, which laid the foundation for much of her writing, underscored by a challenging relationship with her mother. The latter half surrounds her writing career, the challenges of working under pressure and coming to a new understanding with her mom.

If you’re an Amy Tan superfan, you likely already know the story through her 2017 book, Where the Past Begins: A Writer's Memoir. But the film brings her story to life in a visual way that probably serves as a great companion to her most avid readers in addition to being very accessible by a view who’s never read her work. Not only do you see a wealth of photos that likely haven’t been published, including a happy family picture from a Disneyland visit, but you also see home video footage from her youth and interviews she conducted with her mother as an adult.

In addition to a fascinating parent/child relationship, Amy Tan’s story also deals with struggling to perform under pressure. It affects her life in a variety of moments, but also becomes the reason for gaps in published works. It’s a fascinating case study of someone who can excel at anything she puts her mind to when she’s free to do as she pleases, but when there’s an expectation to do something, a mental block is created.

There’s also a story about a person who never asked to become a figurehead for a culture or a movement being put in that position. Included in a montage of TV interviews is her guest spot on The Simpsons and a discussion of controversies perceived within her work by the Chinese American community.

Amy Tan: An Unintended Memoir is really a story about a woman who decided to live her life in a way that made her happy. Her story is an inspiring one and while the documentary has its emotional ups and downs, you can’t help but walk away feeling inspired to take what you’re passionate about and make a living out of it.

I give Amy Tan: An Unintended Memoir 5 out of 5 stars.