It’s time for a movement at Cal U and Aaron is up to the task. After being arrested for bringing attention to the school funding privatized prisons, videos of him being handcuffed went viral on social media. (Writer’s Note: People have used the phrase “viral on social media” so much that it has lost all meaning. However, in this case, we are shown it did go viral. I blame everyone and everything for the phrase’s diminishment.) Luckily, he was taken into holding at the campus police office for only a few hours. Aaron is released and he finally has what he has always been craving: a political platform. 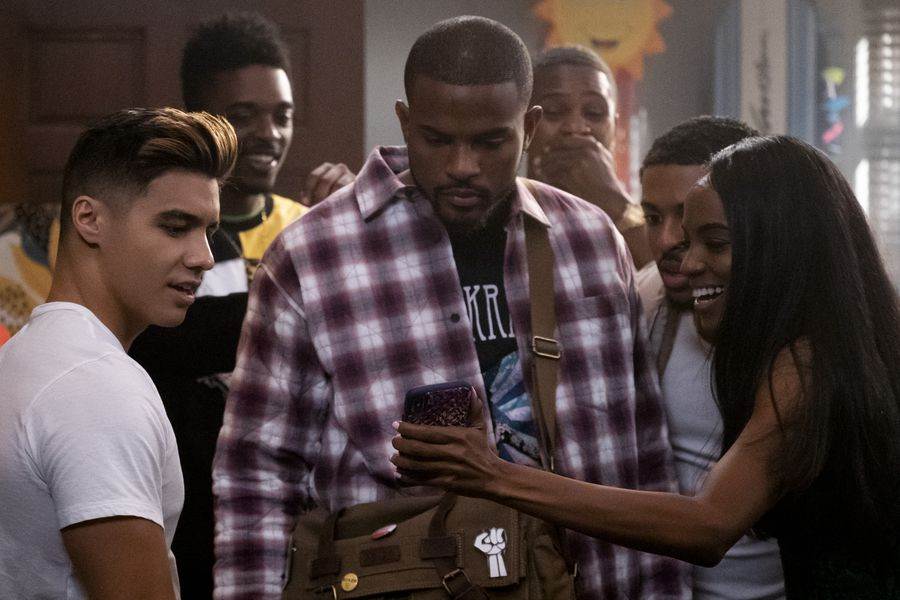 Is it atrocious that an arrest for putting up posters is the only way for your voice to be heard? Oh, absolutely. However, it’s still exciting. He has been wanting to create real change in the world for multiple seasons and he has finally been given the opportunity. Let the #RatTailRevolution begin!

His televised interview debut on Pressure Points starts strong, but then dives off the deep end so fast, Vivek quickly stops hyping up his role as his friend. Gonna have to call a yikes on that one. The lack of any media training, political training, and just human training was evident. (Even his grandma was embarrassed. That’s bad.)

Zoey wants to be a comforting presence for Aaron, but doesn’t want to cross any lines. The clear question mark above their relationship grows bigger and bigger, even more so when Rochelle is added into the equation. Zoey backs out before trying to cheer up Aaron out of fears of crossing any sort of line. Aaron instead commiserates with, of all people, Javi.

They are able to connect on their shared butchering of leading after a quick turn of face for Javi. Initially questioning Aaron as a person, Javi quickly starts to connect after the atrocious interview. I smell a bromance in the air! The bond does hit a small snag, ‘cause, ya know, Ana has been in a relationship with both guys and…another yikes is now in play!

Surprisingly, Aaron follows up his hang with Javi by arriving on Zoey’s doorstep. Zoey is shell-shocked, but as Aaron explains, he knows that he can come to Zoey for help. Both are able to push away the awkwardness and collaborate on a fashion statement to coincide with Aaron’s planned protest. (Personally, the thought of a rubber bracelet does make me cringe, but I’m not a stylist.) 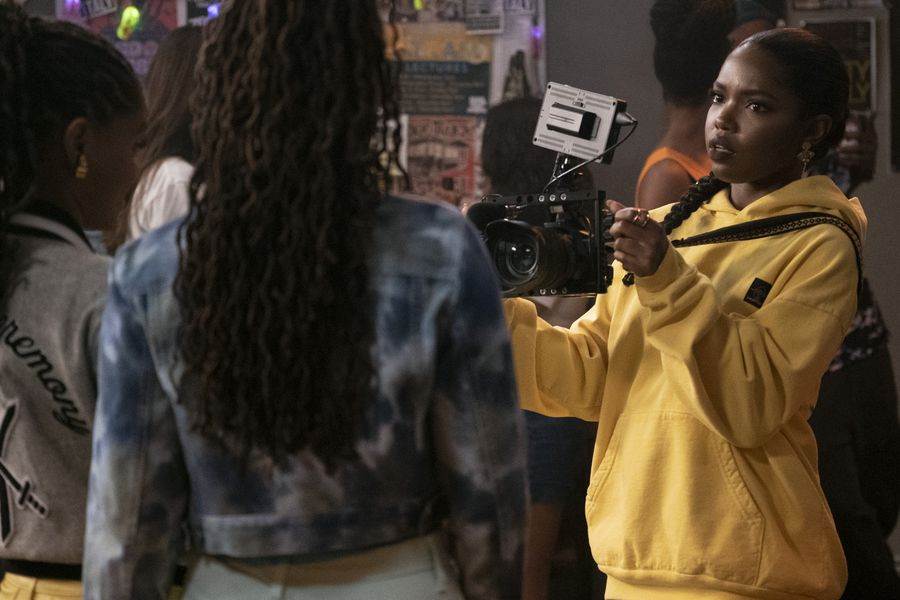 The silent protest gave me chills, as hundreds of students sat on the lawn wearing orange prison jumpsuits with the word “STUDENT” emblazoned on the back. Even if this specific protest is within the world of the show, it is nonetheless still a powerful visual that left me deeply moved.

Within the last four minutes of the episode, relationship drama was ever-present. Ana’s reluctancy to explain her past relationship with Aaron to Javi turned into her blurting out “We had sex!” at the protest after party. While hilarious, no doubt, Ana’s embarrassment was front-and-center. Javi, thankfully, found no qualms in the situation and appreciates Ana’s honesty, even if it was wildly ridiculous. Let the Javi and Aaron bromance hereby be official! Huzzah!

Zoey and Aaron catch-up to congratulate each other on the success of the protest, but as Zoey is finally feeling confident about their new relationship boundaries, Rochelle asks Zoey to take some big steps back. Rochelle wants the space to form her own relationship with Aaron without interference. That’s three yikes, you’re out!