Comic Review – “King in Black: Wiccan and Hulkling #1” Introduces the Happy Couple to the Crossover Event

In celebration of their recent wedding, the two former Young Avengers are treated to a honeymoon on a beach resort planet. Of course, with the two of them being superheroes and having such incredibly huge new responsibilities, their celebration doesn’t exactly go according to plan. 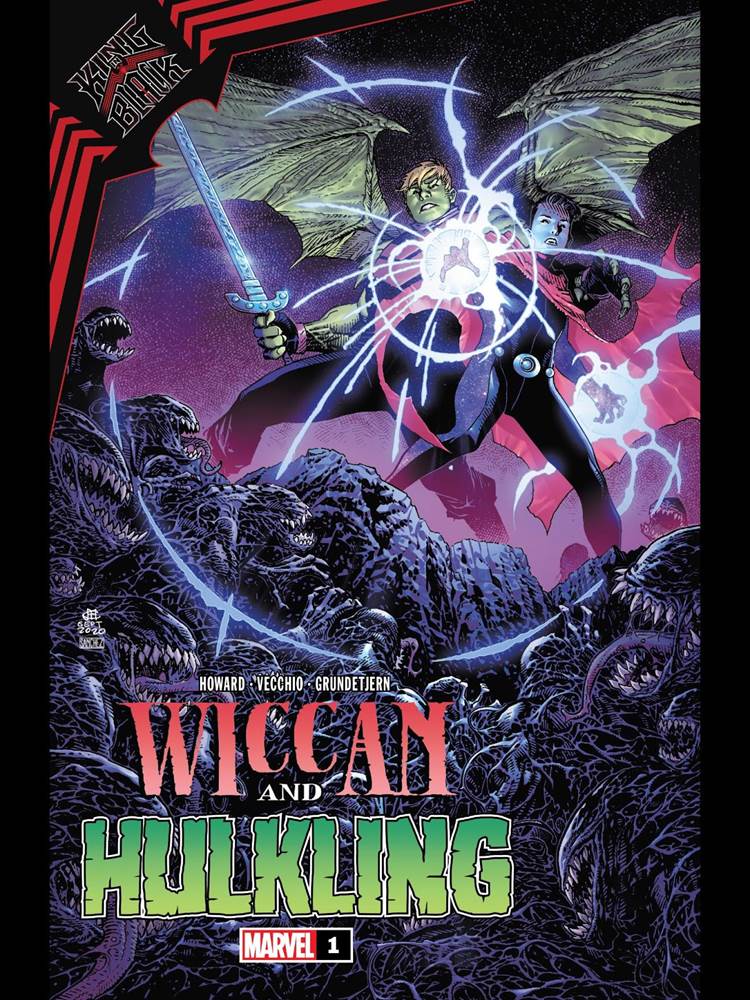 As Emperor Hulkling tends to his business in his new title as ruler of this new empire, Wiccan becomes increasingly bored with the whole process. That is, until the couple is presented with a gift of a honeymoon on a resort planet in the Shi’ar empire.

Along with a security detail, the newlyweds finally get to celebrate their recent nuptials. Of course, two superheroes of their stature should know better by now that they can’t enjoy time off for too long. And the ruler of a massive new space empire isn’t going to be able to avoid an invasion from Knull, the god of the symbiotes.

Luckily, these two experienced heroes know how to handle themselves in the face of danger and fighting a dragon isn’t exactly anything knew for them. But when will they actually get to relax and enjoy their new life? And, more importantly, what role will they play in Knull’s invasion of Earth. 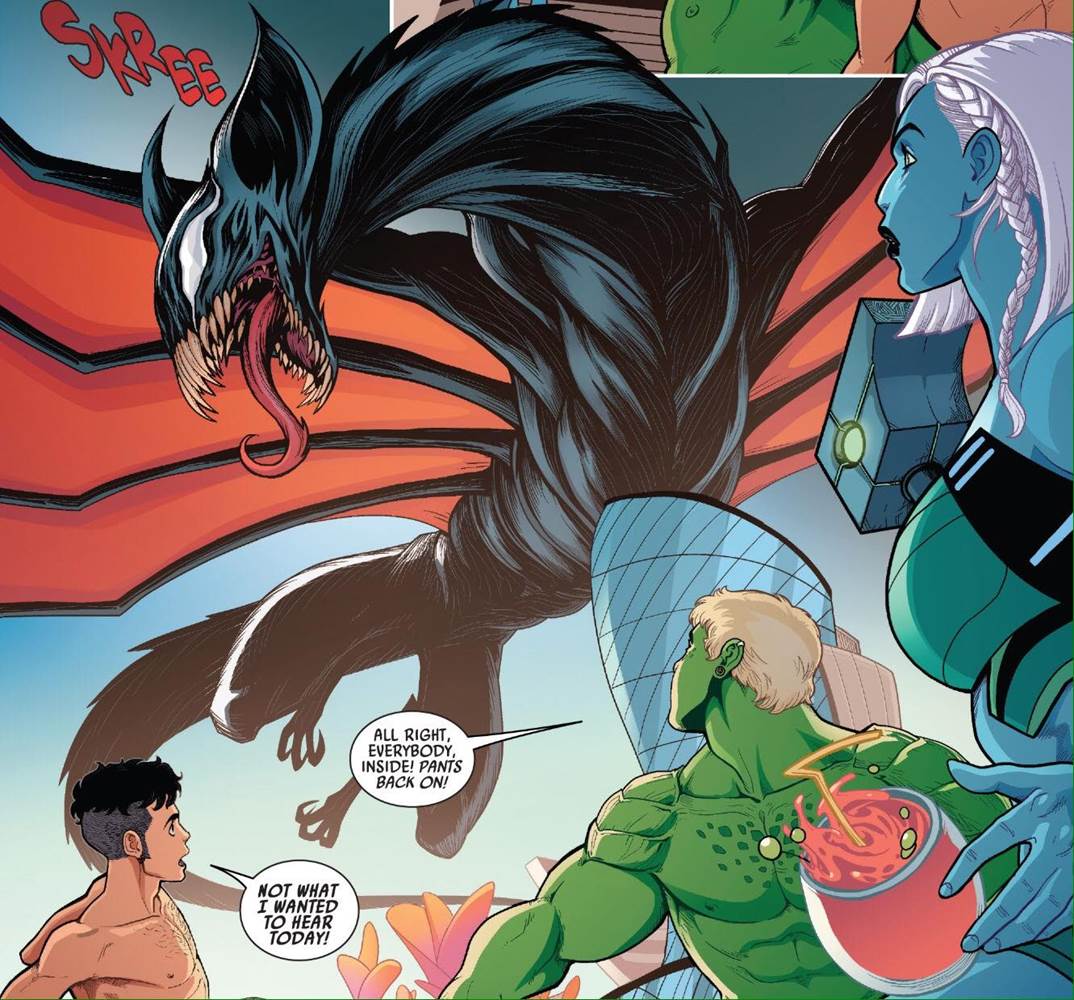 This issue is very well written and can be described with one word: balance. The primary focus of this story is almost more of a comedy, with the newlywed couple constantly being interrupted by a third-wheel or having work get in the way of their celebration. It’s a very cute story that takes a closer look at these two characters and their relationship.

That bing said, it also throws a fair amount of seriousness at you to weight the story down and bring in a sense of reality. There’s some talk of the politics of Hulkling’s new job and how they will impact their lives moving forward. Plus, there’s also the whole invasion of alien dragons and a dark god who wants to remove all light from the universe thing. 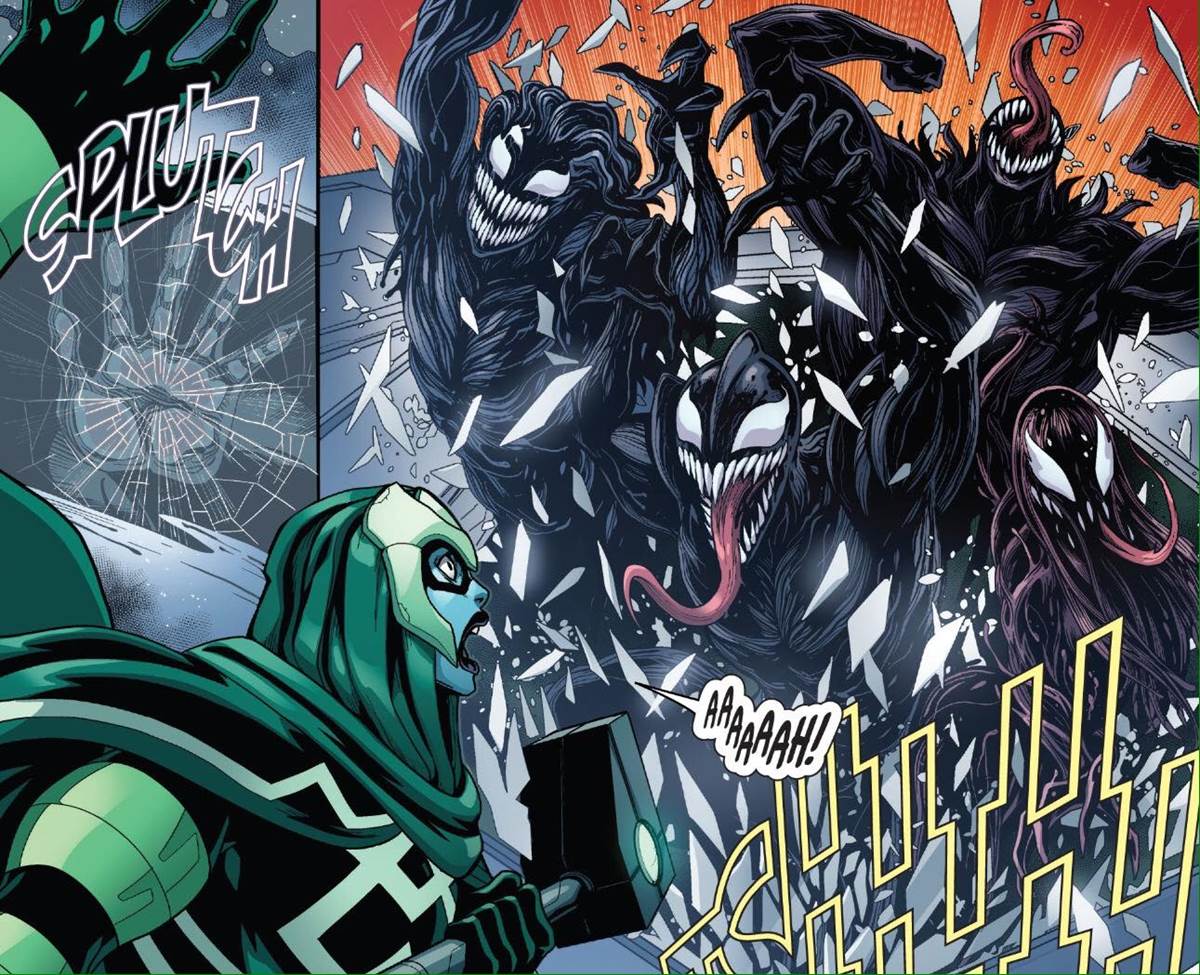 This issue does feel a bit disconnected from the overall crossover event happening in Marvel Comics right now. With this occurring in space, of course these two characters are going to be out of the loop a bit regarding what’s happening on Earth. However, with Hulkling’s title and Wiccan’s power, it seems as though they might be a bit more in-the-know and more concerned about the fate of their home planet. The only explanation is the timing of this issue, which seems to be occurring before everything has gotten really bad on Earth. An earlier release may have benefitted this particular issue.

That’s not all bad though. “King in Black” has been filled with darkness and broken spirits. “King in Black: Wiccan and Hulkling #1” provides a brief escape from that and allows readers to enjoy a simple and fun story with two lovable characters. It’s a nice escape before we get back to craziness that this event has given us. You can check out “King in Black: Wiccan and Hulkling #1” now.