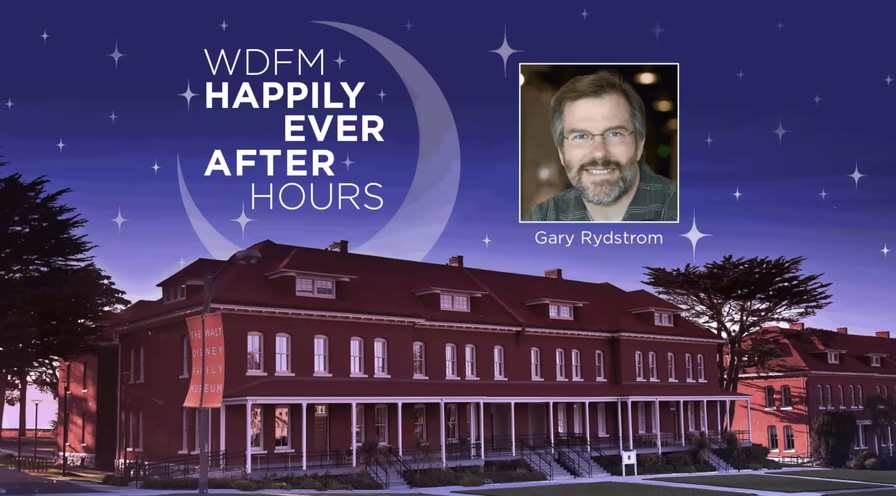 1. He Got His Start at Lucasfilm Thanks to a College Professor

“At USC I had a teacher named Ken Miura who was a favorite teacher of George Lucas,” Gary Rydstrom revealed when asked how he ended up at Sprocket Systems, which became Skywalker Sound. His professor also taught Ben Burtt, who asked if he had any students that he would recommend to be a technician and Gary soon found himself working on his first film, Indiana Jones and the Temple of Doom. “I owe it all to Ken Miura.”

2. His Sound Design for Toy Story Gave Each Character a Unique Sound

“Toy Story is full of toys that in some ways were designed to have their own unique sounds,” Gary explained about how scenes with no music still have a lot of audio energy. “I got to see the birth of Pixar,” he revealed, recalling working with John Lasseter on Luxo Jr. and Tin Toy prior to his work on the Toy Story films. One of his earliest explorations into the sound design for the film was at the director’s home playing with toys belonging to Lasseter’s sons.

Gary’s favorite part in the sound mixing process is when the sound effects are locked in before the score is added. “In animation, it’s magical,” he shared, revealing that he assembles his sound editing crew to watch the film that way once it’s ready. When Pixar first started putting their films on DVD, Gary asked if they could include isolated score tracks as an audio option. “It was because I thought it was so much fun to listen to the movies that way, so you could focus on the world created to make them come alive.”

4. The Short Lifted Is Actually About Working In Sound Design.

One of the animated shorts Gary Rydstorm directed at Pixar is Lifted, in which an alien is being judged by what appears to be a DMV instructor as if it’s his driver’s test. But in reality, Gary Rydstrom was inspired by his own role as a sound mixer. “When you’re a sound mixer, you sit around a large, complex piece of equipment that’s hard to do with lots of people watching you taking notes.” He had never worked in animation before, outside of doing sound design for animated projects, but he likened the experience of directing an animated short to the timing and rhythm of sound design. “You never know if you can direct an animated movie until you direct an animated movie and it was awfully fun.”

5. The Jurassic Park T-Rex Sound Was Recorded at Marine World and Max Spielberg Chose It

While Gary had worked with Steven Spielberg before, Jurassic Park was his first time leading a sound design project for the legendary filmmaker. “The Good thing about how that was done is that they did animatics,” he explained, having an animated reference for what the film would look like. Many of the dinosaur sounds created for the film were a mix of several animals recorded in unique ways. The velociraptors, for example, are the underwater recordings of a walrus and a dolphin layered together.

It’s a similar story for the T-Rex, but the main sound you’re hearing is actually a baby elephant that was recorded at Marine World, today known as Six Flags Discovery Kingdom. With his audio equipment set up, Gary recorded a playful baby elephant who let out a scream, a sound he was unable to get the animal to reproduce across several visits. But in the end, he had what he needed and when played backwards, it created the core of the T-Rex’s signature sound.

Another stressful part of the process was getting Steven Spielberg’s stamp of approval on the dinosaur sounds. Gary shared that when it was played for the director, he didn’t give off a visible reaction to it. However, his son Max was in the screening room that day and he was excited by it, which is how that sound was approved. “I Feel like I owe my career from Jurassic Park on to Max Spielberg.” The film earned Gary Rydstrom an Oscar.

6. He Created the Sounds for Star Wars: Galaxy’s Edge

Gary Rydstrom has been working with Walt Disney Imagineering on various projects since the 1980’s, but Star Wars: Galaxy’s Edge was his first time designing sound effects for an immersive land instead of a specific attraction. “Everything makes a sound, including the ambience,” he shared, revealing that he created separate background sound effects loops that play in the land at different times of the day. “During the day, I had small creatures. You would hear little creatures going through the brush.” The ambient sounds help make Guests believe they’ve not only traveled to Batuu, but that through the dense trees and beyond the spires lies a wild planet.

“In the evening… I put Bantha-sized creatures going, big footsteps, groans off in the distance.” While designing the effects, Gary imagined kids being excited by the sounds of creatures from Star Wars heard through the trees, trying to run into the brush to find them. “The other fun part is it’s supposed to be a spaceport, so Disney engineers put speakers through the land and we put spaceport flyovers in.” While visiting Disneyland, Gary saw a Guest look up to see if there really was a spaceship flying overhead. “It’s creating a movie in real-life.”

With Guests able to move freely through Black Spire Outpost, the biggest challenge was timing the effects in such a way that they wouldn’t become annoying for someone spending a lot of time in the same spot, some of them almost being like Easter Eggs for the few who linger long enough. They even came up with storylines, such as audio that can be heard above the market where two wookies can be heard arguing from the windows overhead. They’re having a fight because they’re trying to assemble a piece of furniture and it’s not going well. “There are storylines going on all the time and it’s fun.”

7. A Sound Effect In Honey I Shrunk the Audience Was Rarely Heard

Having done the sound effects and mixing for Captain EO, Gary Rydstrom ended up also working on the project that replaced it at both EPCOT and Disneyland. As he had done on Muppet*Vision 3D, Gary got to decide where the speakers should be placed for some of the effects in Honey I Shrunk the Audience. Wanting Guests to not only feel the mice crawling under their seats but also hear them below, he had speakers installed on the floor so that the squeaking mice would be heard traveling beneath them. “We went through great expense to put speakers on the floor for the squeaks of the rats and every time, you couldn’t hear them because the screams from the audience were so loud.”

8. He Hides the Wilhelm Scream in Movies

First made famous by his mentor Ben Burtt, who took it from a classic film, the Wilhelm Scream has become overused in film. “I still do it and directors still ask for it,” Gary joked. “It’s still a thing.” Used when a Stormtrooper gets shot in A New Hope, it’s been incorporated into most Star Wars projects ever since as a running gag for diehard fans. Gary revealed that he personally used it in the first Toy Story when Buzz Lightyear gets knocked out of the window, but he now gets more creative with how he uses it. “I think Ben, if you were to talk to him, would say enough, this is crazy.” In The Force Awakens, Gary distorted the Wilhelm Scream and used it as the sound a TIE Fighter makes when it’s falling towards a crash.

9. The Importance of Properly Archiving Your Sound Library

Speaking of the Wilhelm Scream, Gary spoke about the importance of properly labeling sounds in the Skywalker Sound archive. The first film he was the lead sound designer for was Spaceballs and he named his audio files things like “Barf’s Tail” after specific characters from the film. Giving audio files better names and descriptions makes them easier to find and reuse. He also shared that one of his most reused sound effects was recorded for Disney’s Hercules for one of the Titans, who was made of wind. With the sunroof down in his Saab driving at high speeds, an repeating explosive air sound would form and he’s since used that same sound to double for helicopters, explosions, and even a dinosaur taking a breath before letting out a roar.

10. Composers and Sound Designers Are Often At Odds

Sound designers and film composers are rarely given the chance to work together, with a sound designer’s job typically completed before the composer records their score. But as a sound mixer, Gary Rydstrom is often challenged to find the right balance between his effects and the composer’s work. “That’s one of the hardest things and we usually don’t do it very well in movies.” On some of his Pixar films, Gary sat in on Randy Newman’s scoring sessions and was able to make a few requests to help a complex sound effects moment stand out. On the first Jurassic Park, he was also doing his work a few doors down from John Williams, with the composer able to hear what Rydstrom was doing. “The ideal is to work together. The reality is it doesn’t happen very often.”