Toy Review: “Raya and the Last Dragon” Dolls and Action Figures by Hasbro Audiences are falling in love with Kumandra and the characters from Disney’s Raya and the Last Dragon and now kids can bring some of the fun home through a collection of Hasbro toys that include dolls and action figures. Our friends at Hasbro were kind enough to send us samples for the purposes of review, which can be seen in the photos and videos below. Here’s a look at items we got to try out. Sisu the dragon is now a poseable figure with an articulated head, neck, and tail. The furry mane on this figure recreates the characters purple and blue tones while added in shiny elements. The tail comes detached in the eco-friendly packaging, connected by a string so that if a child pops it off by mistake, it can’t get lost. This figure is the right scale when accompanied by the dolls, but also works as a large Sisu action figure all on her own. Suggested retail price for this figure is $24.99. Included in the box were two fashion dolls and an interactive one. Young Raya and Kumandra Flower represents Raya as a child as seen in the film’s prologue. Her left hand is holding a blue transparent flower that lights up when her arm is raised. That action is accompanied by several melodies from the film’s score. 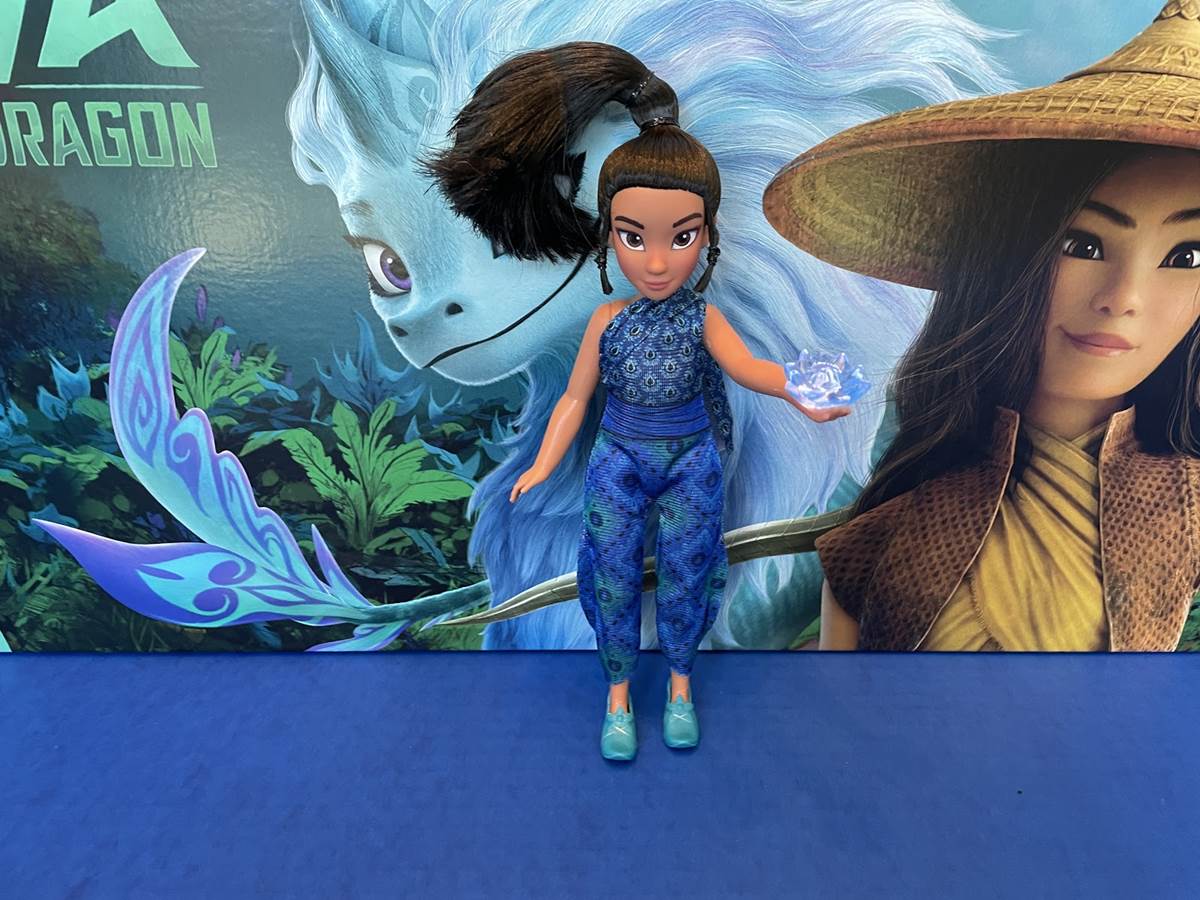 This doll is shorter than the other Raya doll, which is based on Raya as an adult, and also has a different hairstyle and outfit. Her on-piece suit ties together in the back with a feathery scarf. Grown up Raya comes with her sword, which fits into her left hand. Her top is molded plastic while the rest of her garments are fabric, including a removable cloak. Her hair includes two tiny braids that connect together in the back. The adult Raya and Sisu fashion dolls both retail for $14.99. Sisu as a human is wearing her large sweater, shorts, and sandals. Instead of hair, this doll uses fur similar to what can be found on the Sisu dragon figure. 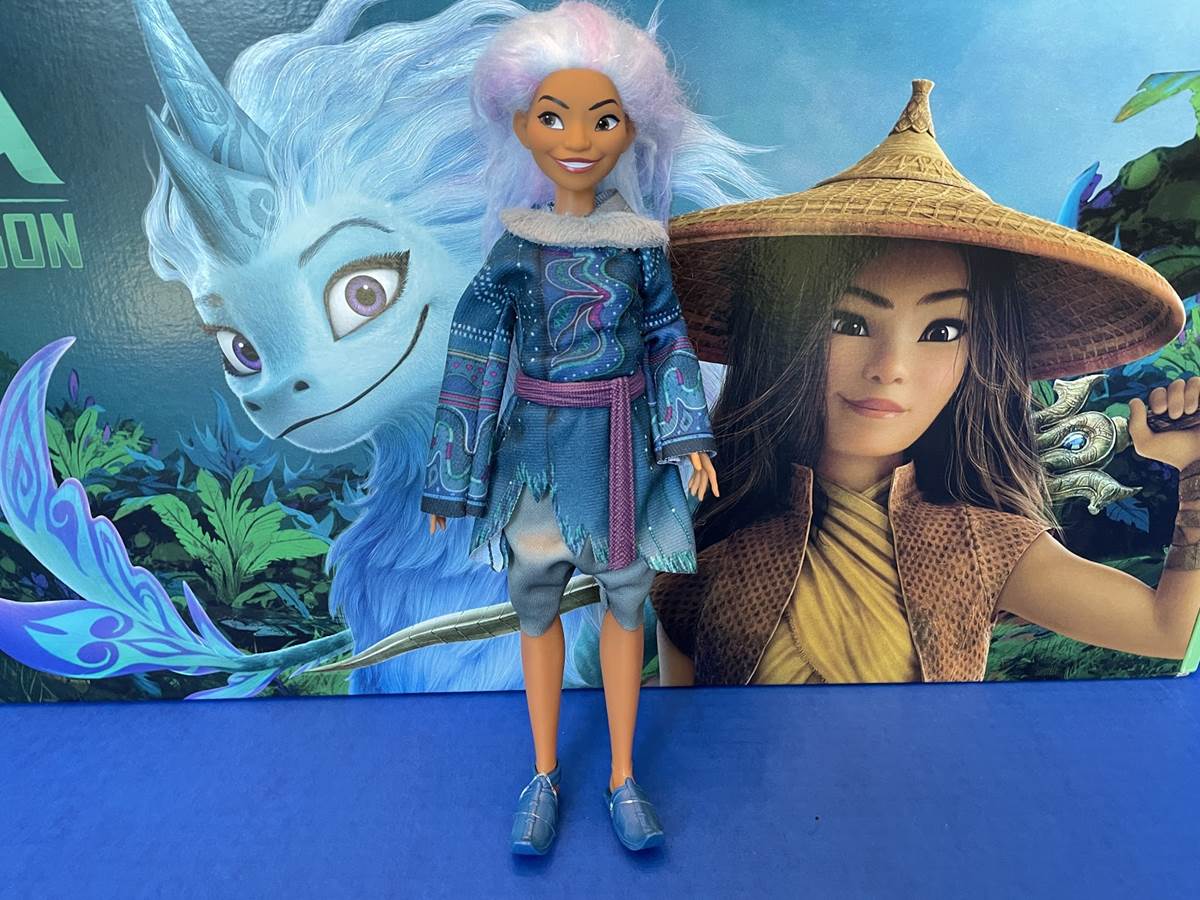 Because she has fur instead of hair, it can’t be easily brushed or styled. In the center of her dur is a mass of fabric that holds it all together. 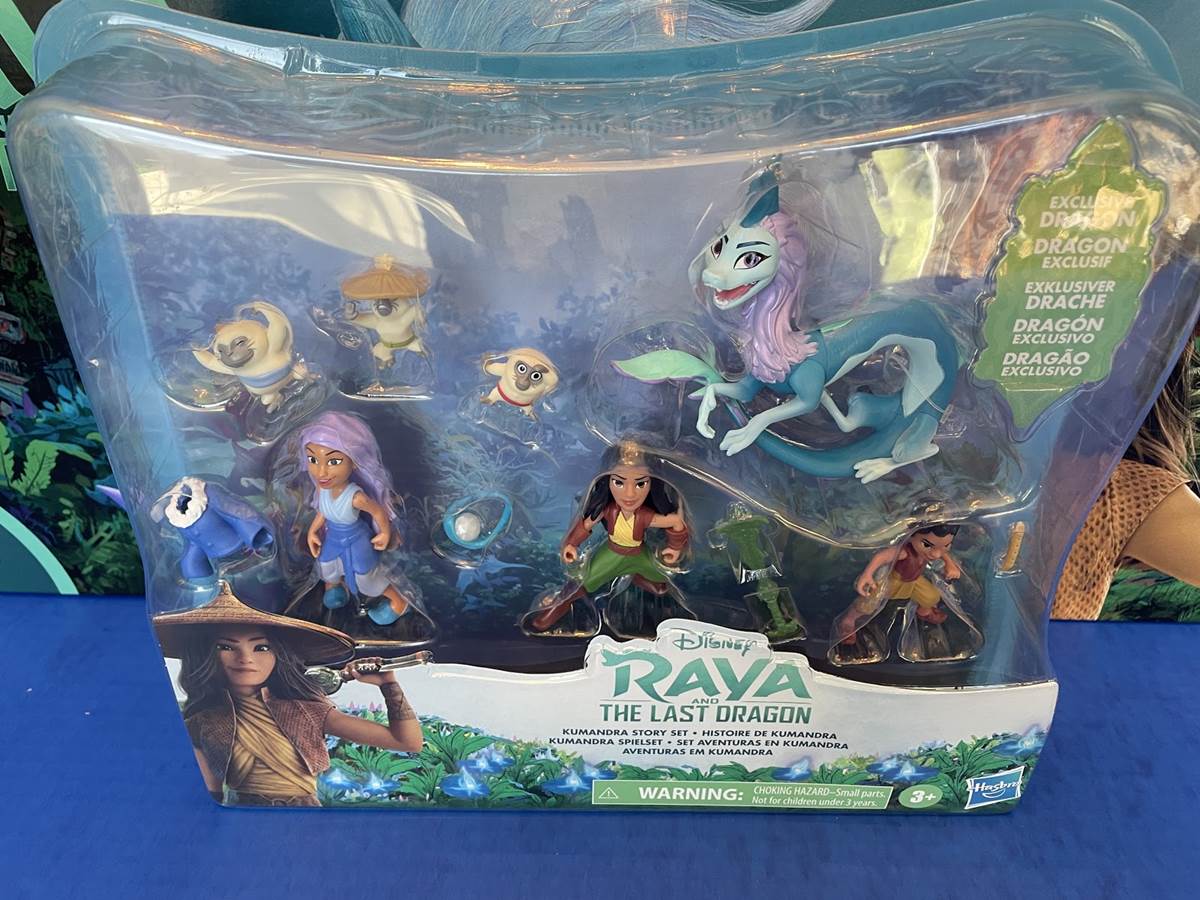 Action figures can be purchased as a playset called the Kumandra Story Set for $24.99, which comes with an exclusive Sisu dragon figure, or separately as mystery figures. There are some characters, including Namari, and some alternative looks that can only be found in the mystery boxes. The packaging of the mystery boxes pops apart to reveal a plastic lotus flower that opens up to expose the figure in a blind bag. These mystery figures also include additional accessories that don’t come in the Kumandra Story Set, with each box retailing for $4.99. There is also a Target exclusive “Land of Kumandra” set that includes exclusive characters like Little Noi, Tong and Chief Benja in addition to adding Namari and alternate looks for Raya and Sisu. My favorite piece in the collection is the Sisu Figure. The size and price of the action figures make it easy to collect them all and the dolls bring to life Raya and Sisu’s heroic adventure from the film. While the Sisu doll’s hair is a little underwhelming, it’s still a great likeness of the character and she’s an essential part of reliving the story and expanding the adventure for kids using their imaginations with these Hasbro toys. 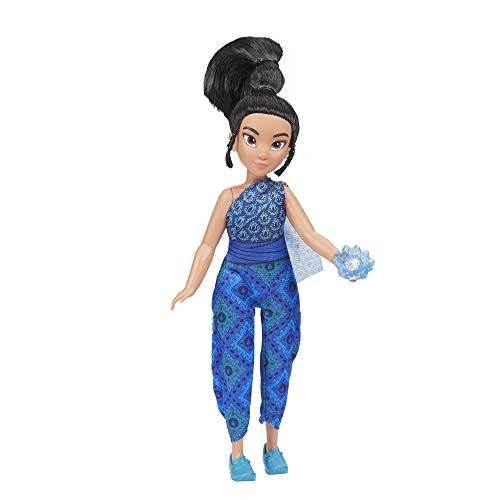 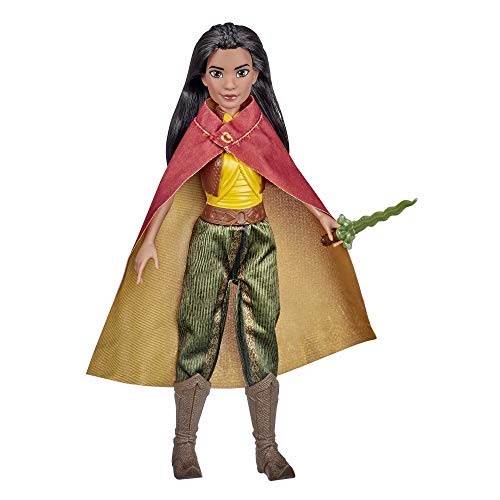 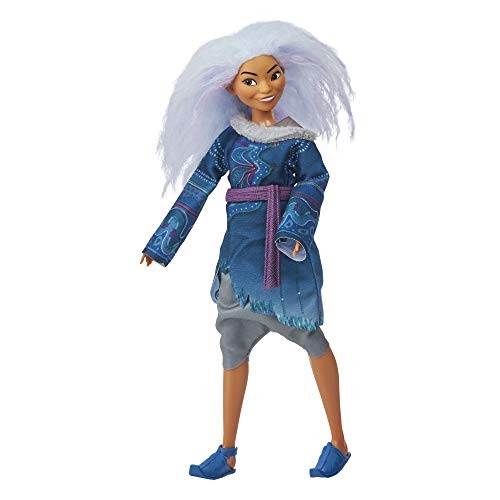 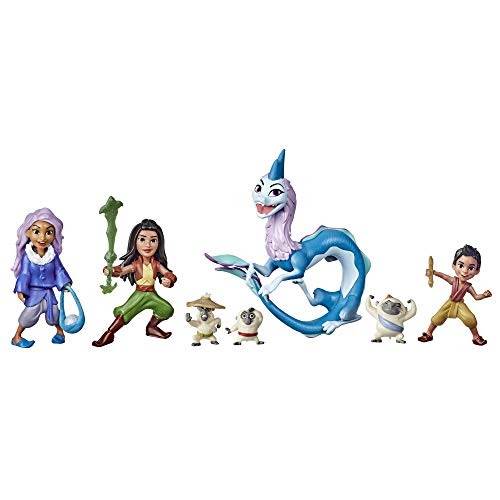 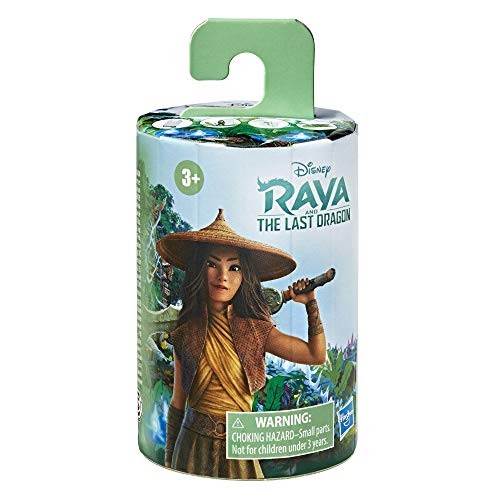