The cover story of January’s issue of National Geographic History magazine was called “Amazons: Warrior Women of the Ancient World” and in this week’s episode of the Overheard at National Geographic Podcast, listeners get to diver deeper with its author, Adrienne Mayor, and scientist Kharis Mustafin. It aligns ancient mythology with recent archeological discoveries and scientific advancements to prove that the Amazons weren’t just a legend. You can listen to the full episode here. 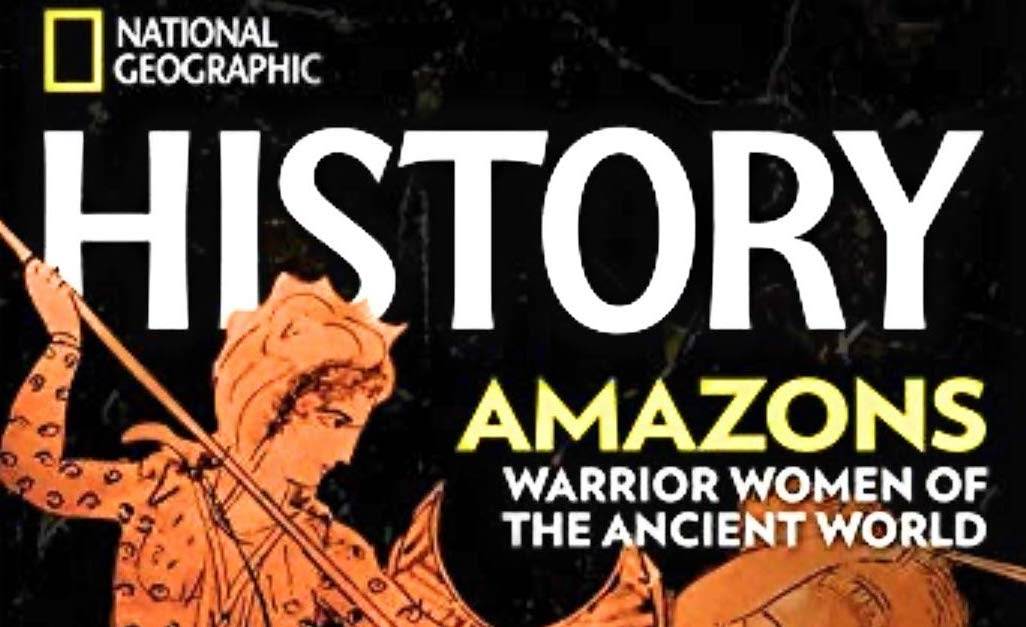 Framed around a Siberian archeological find from 1988, where among the 2,500 year old Scythian burial mounds a well-preserved boy was found alongside weapons. Recent DNA testing of the body, however, revealed that what was believed to be a boy was actually a girl. Kharis Mustafin, head of the historical genetics lab at the Moscow Institute of Physics and Technology, dated the discovery to the 7th century B.C. The finding has changed the way scholars now look at Greek mythological stories and depictions of Amazon women.

Stanford classics scholar Adrienne Mayor is an expert in all things Amazons, having published the book The Amazons: Lives and Legends of Warrior Women across the Ancient World. In Greek mythology, Amazon women came from an area along the Black Sea, arriving in Greece on horseback with fighting skills that rivaled men. They were ruled by Queen Hippolyta who wore a war belt that was taken by Heracles when he defeated her. In the legend, Hippolyta’s sister Antiope was defeated but allowed to live, becoming the wife of her defeator, King Theseus, founder of Athens.

The love of Greek gods and mythology was somewhat like modern day superhero fandom, with DC’s Wonder Woman inspired by the Amazon myths. There were even action figures of them 2,500 years ago, made of clay and sometimes with moving arms and legs, which have been found in graves of little girls who played with them. But just because they were idolized and featured on pottery and frescoes doesn’t mean that women lived as equals to men in the ancient world.

Ancient Greece was a male dominated society with a patriarchal culture. The mythology about the Amazons were likely popular because they offered such an escape from the realities of life, where women were expected to stay indoors or in protected areas and their roles in the community included raising children and weaving. For this reason, scholars have long believed that the mythology of the Amazons was no more real than the stories of gods and demigods that originated from the same culture.

How does the Scythian burial mound discovery of the girl with weapons relate to the mythology of the Amazons? Well, what we know about them now aligns well with the myths from ancient times. They lived all over Asia, including the lands around the Black Sea, stretching all the way to Siberia where the burial mounds were discovered. They lived a nomadic life and because of the constant threats they faced from enemies, boys and girls alike were taught how to fight, hunt and ride horseback. In fact, Scythians are credited with inventing pants for horseback riding purposes, a unique feature in depictions of Amazons in Greek pottery and sculptures that you won’t see in depictions of Battle of Greek warriors, who were often shown naked.

Burial evidence of the Scythian people tells the story of a warlike culture, with bodies often showing signs of serious injuries and being buried alongside weapons. They were also expert archers which, on top of a horse, made men and women equally skilled. They even had a signature move called the Parthian shot, fired backwards while riding. And by the way, ancient records from Persia, Egypt, China, Peru and pre-Roman Italy also include mention of the Scythians that align with ancient Greek stories of the Amazons.

With all of this new information compiled, it’s hard to refute that the Amazons were real, they just weren’t called Amazons. They were Scythians, an ancient people where men and women fought alongside one another as equals. Like Plato’s description of Atlantis, stories of the Amazon women have inspired works of fiction, including Wonder Woman.