The X-Men are some of Marvel’s most beloved and iconic characters. Recently though, the Mutant corner of the Marvel Universe has gotten very complex and gone ina lot of different directions. That includes the introduction of a new team of young heroes inspired by the classic Mutant team.

“Children of the Atom #1” introduces us to a new team of Mutant heroes with abilities that mirror those of some of the most iconic members of the X-Men. Or, at least that’s how things seem on the surface. There might just be more than meets the eye when it comes to these characters, and I don’t just mean their complicated high school lives. 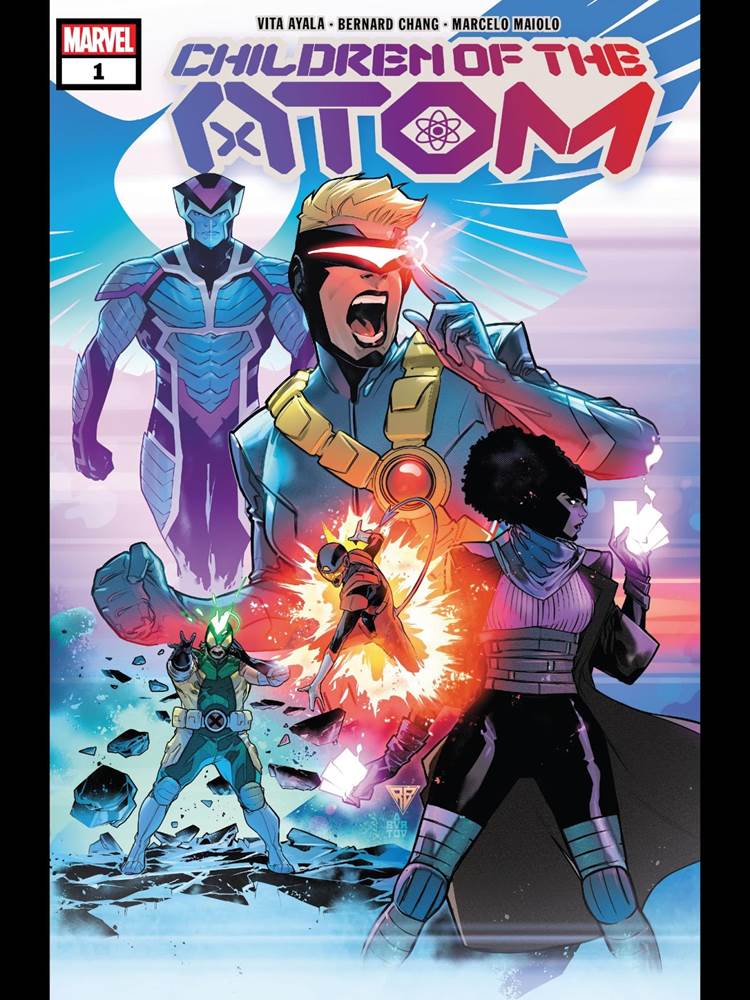 With mutants now inhabiting the island nation of Krakoa and the majority of them still mentally dealing with the loss of their powers, there are very few superpowered mutants left in New York. Luckily, there is a team of young heroes that leaps into action when some not-so-friendly former mutants decide to break a few laws.

But can the X-Men allow a team of young mutant vigilantes, who are clearly inspired by their classic style, to continue to operate outside of the safety of Krakoa? How can they do anything about it short of kidnapping these young mutants and taking them from their homes?

Of course, there’s much more to these characters than just their superhero personas as well. These are high school kids who are also dealing with all of the normal problems that come along with that life. So, on top of being mutant vigilantes still operating in the outside world, they have all of that to deal with as well. 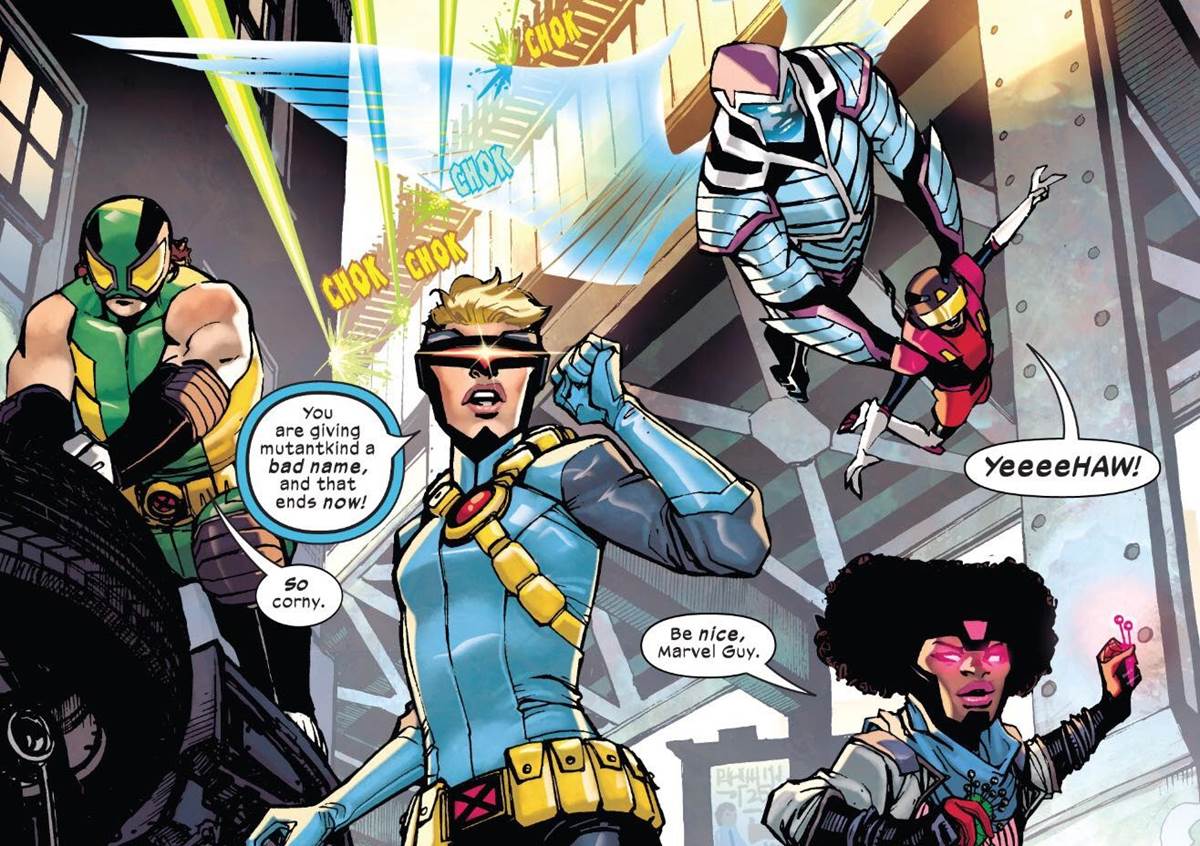 Mutant-focused Marvel Comics have gotten pretty complicated recently and this particular issue is a good example of that. Within just a few pages, readers have to familiarize themselves with five new heroes, three new villains and track some pretty messy action. It’s a lot to take in all at once.

It doesn’t help when those new heroes are modeled after classic X-Men characters but have names that are slightly different. And to take things even further, using the actual X-Men name in some instances is just plain unfair. There’s also an ending to this issue that might leave you wondering what just happened. Of course, that’s to set up the next issue, but it’s done in a way that’s a bit puzzling. 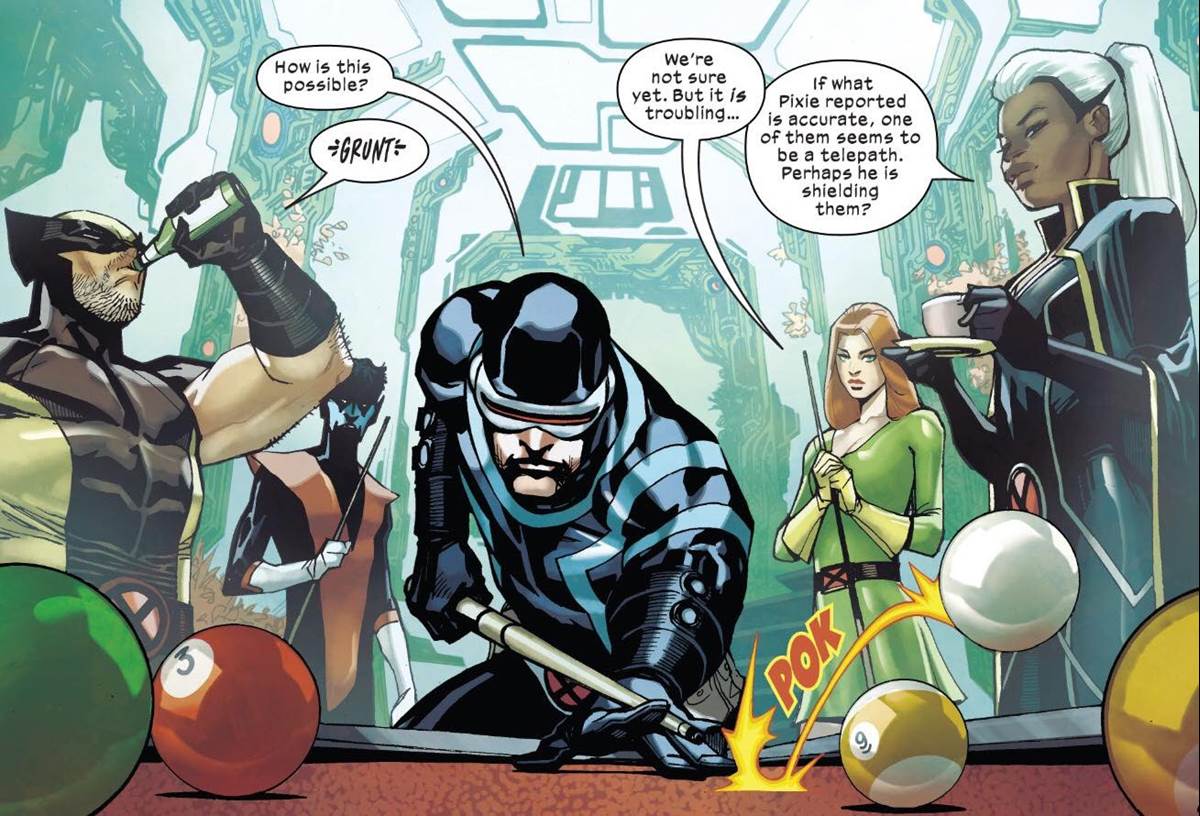 There are some things to really enjoy about this issue though. The first is the political side of this whole problem involving this team of heroes. This story intertwines with the current “Outlawed” story arc in the Marvel Universe, in which the government is cracking down on underaged vigilantes. The real X-Men have quite a conundrum on their hands and there might not be a good answer to how to handle it.

The other good thing about this new issue is the new characters themselves. Not necessarily the superhero personas they adopt, but their alter egos. These are interesting characters with a great story to tell and it could be a lot of fun to see what happens with them in the future. Of course, you may have to deal with some teenage angst, so be ready for that. 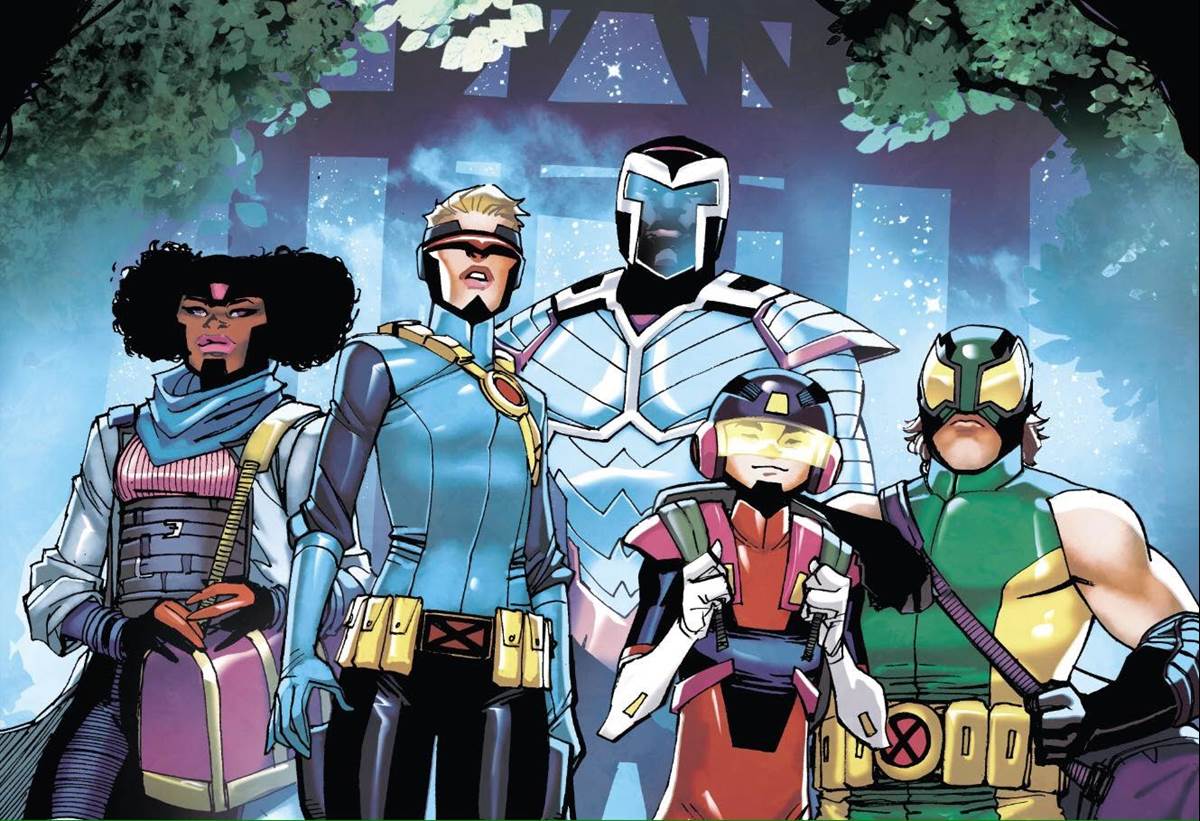 You can check out “Children of the Atom #1” now.