People are still buzzing over last week’s finale of Marvel Studios’ first Disney+ original series, WandaVision. Now, fans can get a behind-the-scenes look at how this groundbreaking and unique series came to be with the premiere of the new docuseries Marvel Studios Assembled. The cast and crew provide all kinds great insight into how this wild show was made, adding yet another fun layer to this incredibly fun series. 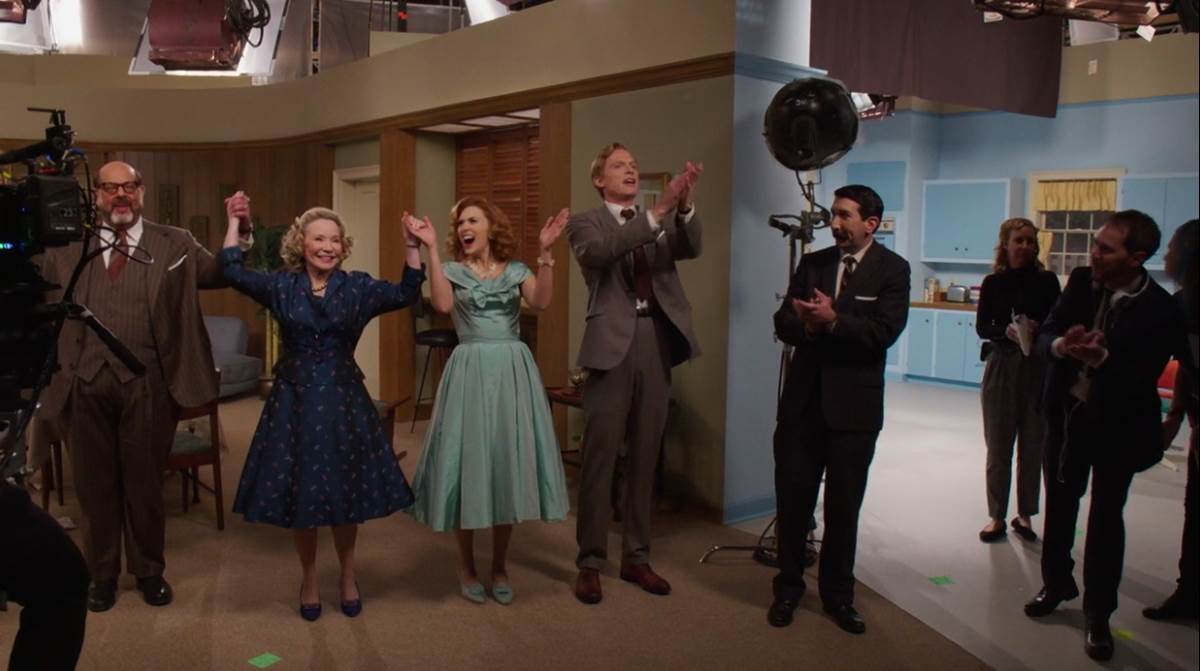 Elizabeth Olsen and Paul Bettany, who play Wanda Maximoff and Vision respectively, have talked a lot about how much fun they had with this very different experience. Assembled actually lets us see them having some of that fun as we get to see them film the first episode of the show in front of a live studio audience. It’s very interesting to hear these two actors, who have grown with these particular characters over several years and multiple movies, talk about they had to approach this series in a different way while still portraying the characters audiences already love.

It’s also amazing to see just how far director Matt Shakman and the rest of the creative team went to create the 1950s sitcom environment as they filmed the show’s first episode. Shakman explains that every detail, right down to the seats for the live studio audience, was made to match the time period, transporting everyone right to the 50s. These kinds of details are things the audience would never get a chance to see, but it’s that extra mile that takes a series like WandaVision from good to great.

And speaking of great, this documentary also lets us hear from most of the amazing cast that made this show possible. In addition to Olsen and Bettany, we also get to hear from. Kathryn Hahn (Agatha Harkness), Teyonah Parris (Monica Rambeau), Kat Dennings (Darcy Lewis) and Randall Park (Jimmy Woo). The energy from Hahn and Parris in particular is absolutely infectious and you can really feel the joy with which they approached these rolls. It was clear they were thrilled by the idea of joining the MCU. 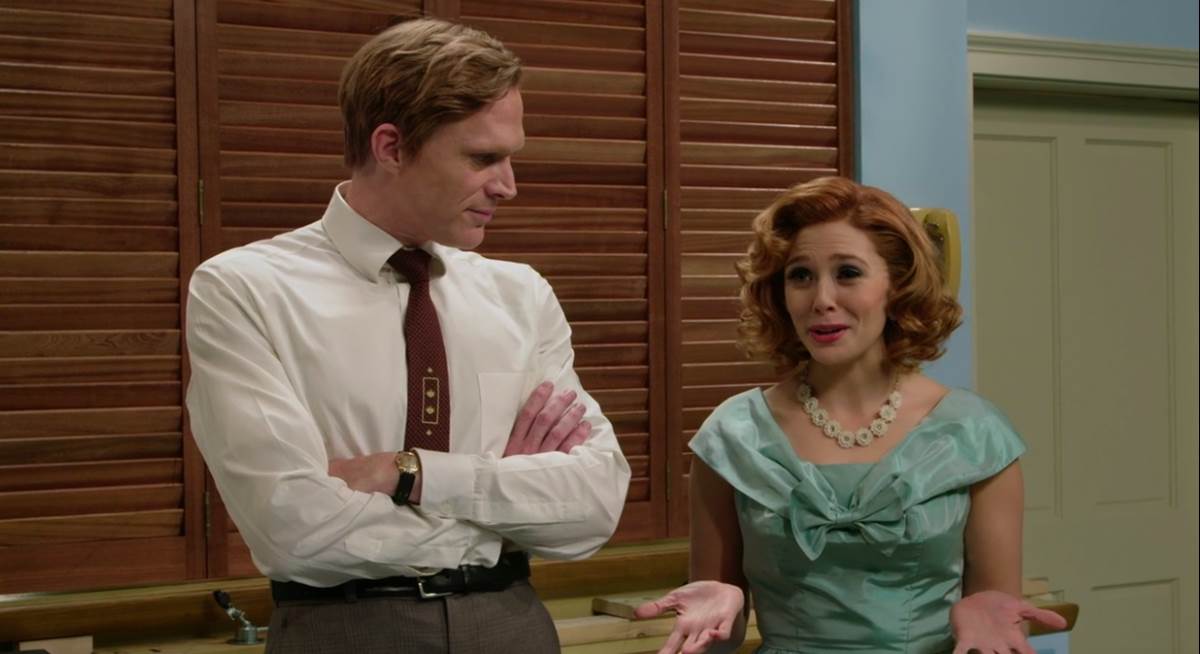 One of the most interesting parts of this documentary comes from the musical duo of Robert Lopez and Kristen Anderson-Lopez. The pair, who are known for creating the music for films like Disney’s Frozen, created the various theme songs for WandaVision. It’s intriguing to see how they approached such a different project, having to make a new theme song fitting with a different time period for each episode. It’s also very evident how excited they were to work on this show.

It was also very interesting to hear from the design team on this show. From the costumes to the sets, this team had to create a wide variety of looks for this show, spanning from a 1950s kitchen to a synthezoid vs. synthezoid CGI battle. Getting a look at how the hex was brought to life and how these fights were created is nothing short of magic.

And while it made the design team’s job that much more difficult, what was so great about WandaVision was that it started out as a 1950s sitcom and eventually worked its way to becoming the action-packed adventure we’ve come to expect from the MCU. On several occasions, the cast talks about how they loved working on the sitcom side of things but also loved getting back to the wild action and fun of a Marvel film. It’s great to see Hahn as a 50s housewife preparing a dinner one second and dressed as a witch swinging from wires the next. 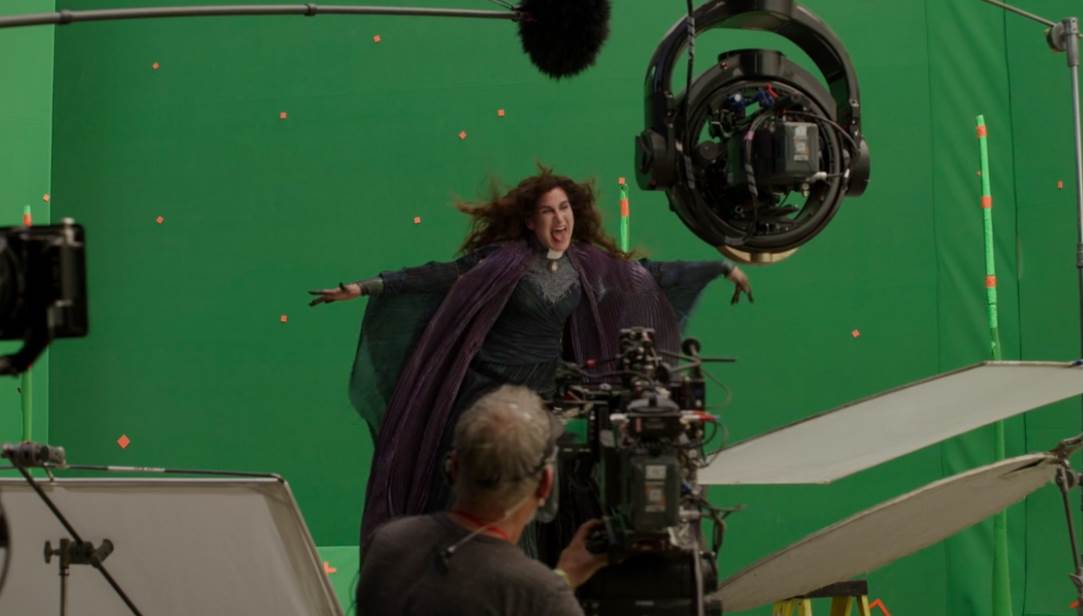 Marvel Studios Assembled: The Making of WandaVision is everything you could want it to be. WandaVision was such a fun and different show and just seeing all of the work that went into creating it is absolutely fascinating. It’s clear how excited everyone was to be working on this project and that energy really shines as you watch this documentary. We will certainly be looking forward to see more of Marvel Studios Assembled dedicated to some of the other upcoming Marvel projects in the future.

You can watch Marvel Studios Assembled: The Making of WandaVision on Disney+ now.