Imagine how tired we are, y’all. This is the fifth week of auditions and, thanks the heavens, the last. Maybe it’s due to the lack of city-specifications. Maybe it’s due to the inconsistencies in judging. Maybe it’s because we’re a year into a pandemic, time has no meaning, and I can no longer remember my own birthday. Regardless, I am so grateful that next week we get to journey to Hollywood. Will the following recap be more bitter than the past four auditions recaps? Quite possibly, out of pure oversaturation. I’m ready to be done with auditions like I’m done having to pretend The Trial of the Chicago 7 is Oscar-worthy. (It’s not! It’s middle-of-the-road!)

Luke Bryan saying “Idol is better than ever” is the biggest crock of wishful thinking I’ve ever heard, especially amidst these auditions and their awful choices. I’m so sorry, I’m just mad. I’m ready to care more about these contestants in Hollywood week and I’m sick of it! Okay, okay. I’m calm. Let’s get into this week. Madison Watkins is a hair model, so she’s already in my good graces. She sings an original song about her dad and it’s…fine. Her voice is good. I’m underwhelmed, but production really wanted us to love her with this audition. We’ll see if Hollywood Week allows her to shine. 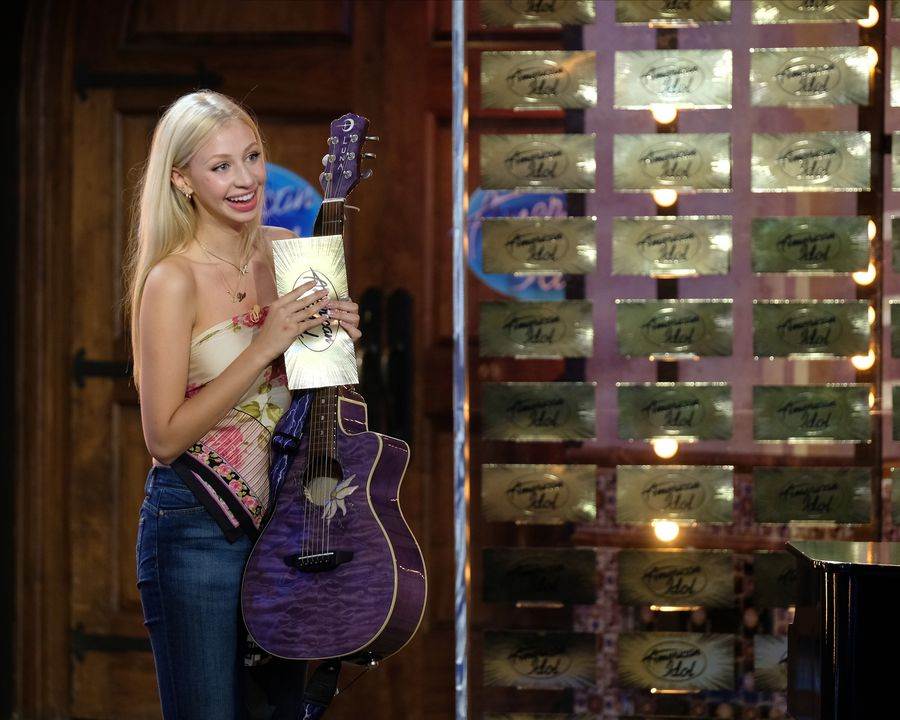 Liv Grace Blue is a big ‘ole Katy Perry fan, so she strips down “I Kissed A Girl” into a really interesting arrangement. She has a really pure lower register, which is a really fun addition to the slate of performance this year. I dig it, y’all! A refreshing audition? You love to see it. She’s off to Hollywood, however… Ava August is another Katy Perry stan and she performs an original with an equally interesting lower register. Was it as exciting or intriguing as Liv? No, it was quite forgettable. She makes it Hollywood, however, and I can see her getting cut without any pomp or circumstance. DeShawn Goncalves has a very nice voice, but in an “Oh wow, he did really good at karaoke tonight” way, not in an American Idol way. His story is quite powerful, especially his perseverance, yet his performance lacked a soul and power needed to survive during Hollywood week. He is a great candidate for a contestant who needs another year to train and return with a stronger understanding of how to utilize his voice to the best of his abilities. I am not a judge, however, so off to Hollywood Week he goes as I worry about his possibilities to make it past the strenuous boot camp. Tryzdin Grubbs has a horrendous history of being bullied and I plan on finding his bullies and punching them all in the face. Will that help? Probably not, but I’m angry. How dare they send him death threats? His confidence levels are low in the audition, and with that heart-breaking baggage, I totally understand. After a quick pep talk from the judges and a second song request, he almost immediately sheds his shell and slays a James Arthur track. There’s depth and emotion and a gorgeous tone and I am ready to watch his growth to skyrocket.

More so than past episodes, we were given a lot of quick golden ticket recipients that we weren’t allowed to connect with, so good for them and/or how dare they advance! 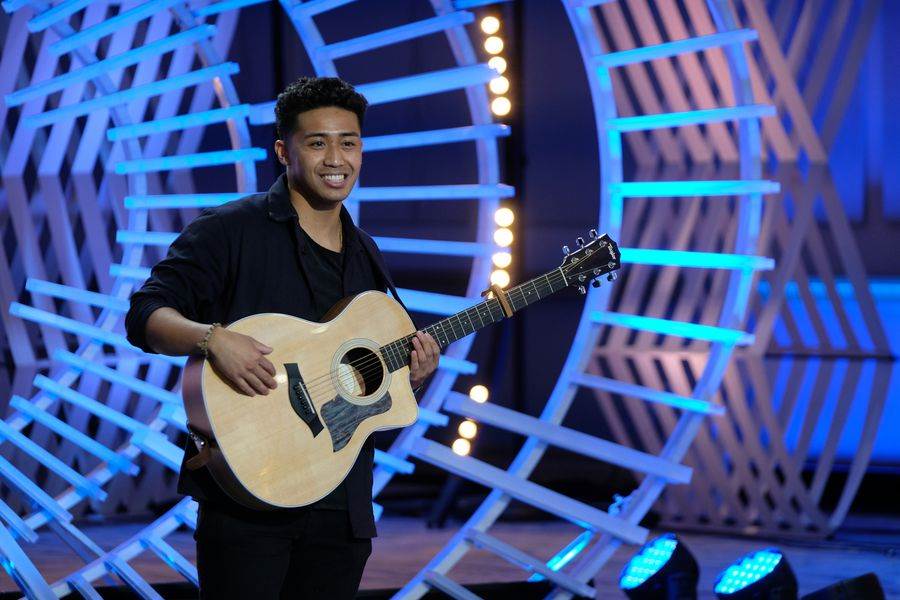 Kiko is a registered nurse and is…incredibly mediocre. I won’t remember his performance 20 minutes from now. The only real reason he is presented to us is because of his brother having Idol history. Unfortunately, he isn’t as good. Whoops. Katy says he needs work and is correct! With two no votes, he has to work on his voice and maybe come on back. Speaking of returning, Zachary D’Onofrio has returned after 3 years of working on his voice and losing his Sinatra schtick. The time spent to work on his voice? Wonderful! He is asked to sing a second song and is accompanied by another former Idol contest and his girlfriend, Caitie Turner. I’m melting because they are both cute and the performance is cute and they took a picture at a local Tampa coffee shop that was included in the footage and even that was cute. I hope he does well as I love his voice so much.

There’s an insufferable montage of bad singing and prop work and I did not intend to die this way. Brianna Collichio has cystic fibrosis and with that comes a brutal life of lung treatments, surgeries, and an unfortunately low life-expectancy. All that in mind, she comes out and sings wonderfully. Even though there are some light issues with the voice, such as a lack of clarity, she is another contestant that has a strong enough foundation where Hollywood can help her grow. Look to Brianna for the example of someone that can take the journey as a teaching moment, unlike some we’ve let through (aka Pitbull guy). 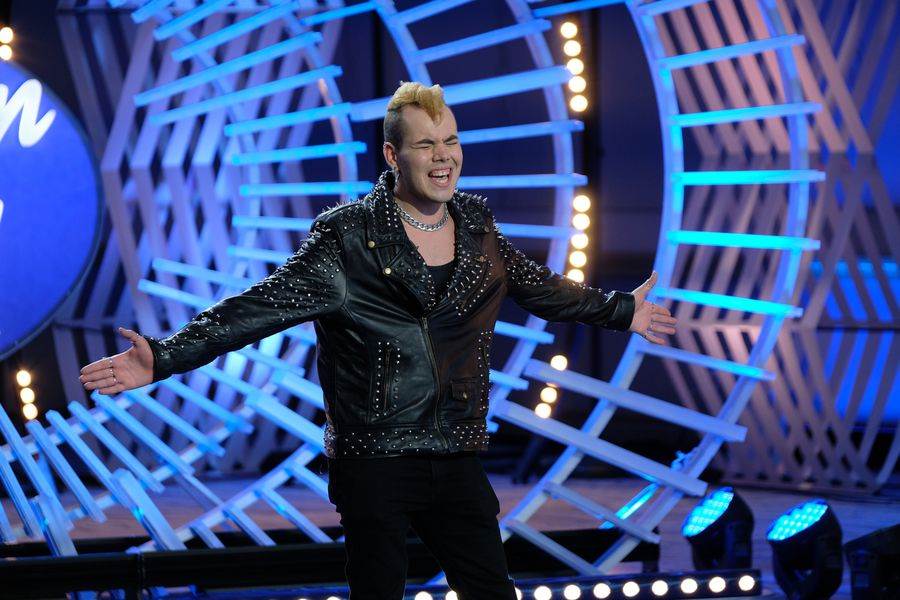 Danny Falco comes into the audition room with a former boy band career and a performance that I did not enjoy! He “put on” a lot of the grit and it didn’t sound natural, and as Luke Bryan says, he’s not using his good voice properly. He doesn’t go through and I am grateful. 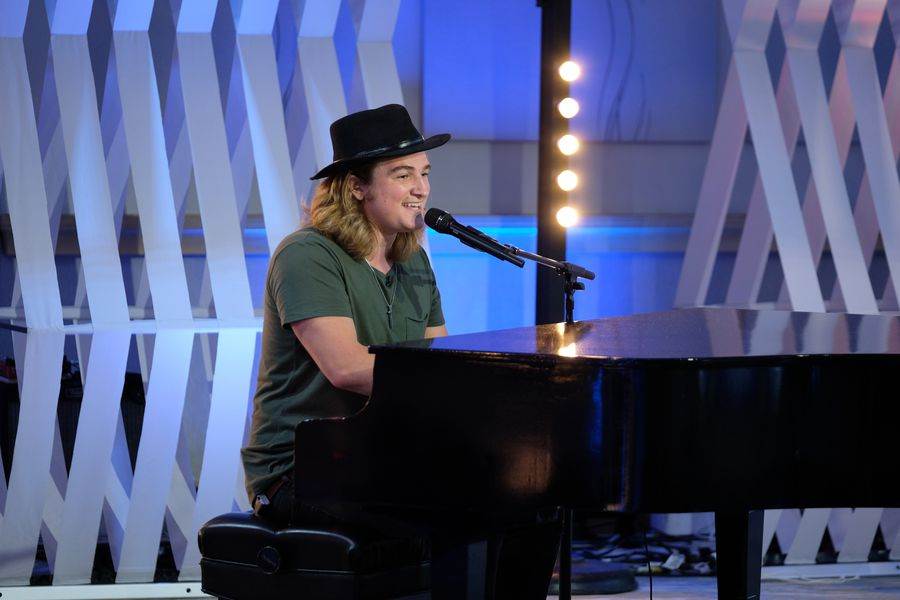 Colin Jamieson, Danny’s best friend and former boy band mate, joins the audition party with a Billie Eillish song. He starts the performance with as much affection as Danny, but instead of rasp, he adds on a breathy quality that was equally try-hard. His higher register is also not my favorite, but I am reminded I am not a judge and they send him through. I do not enjoy the decision! 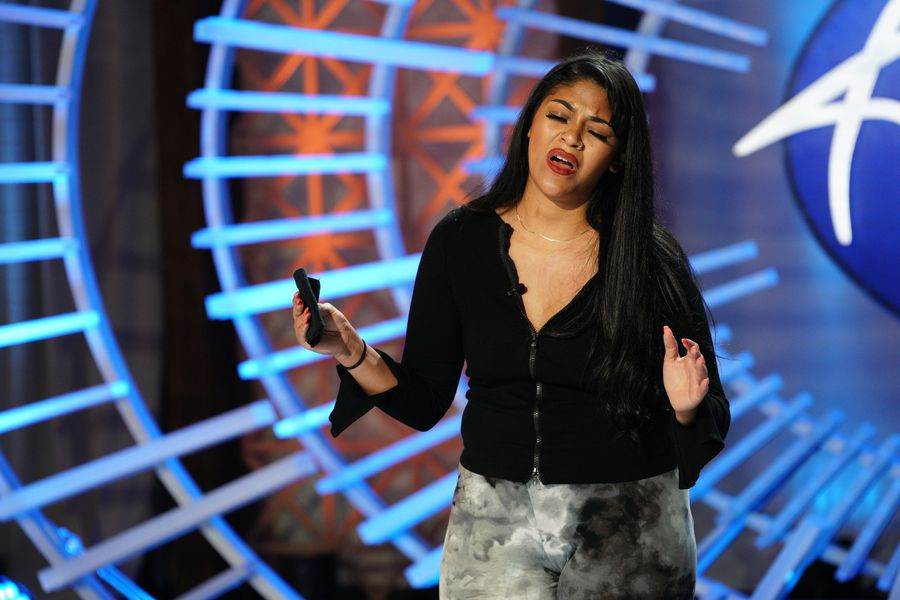 Vahhley has struggled with homelessness the past eight months and is trying to make a better life for herself and her child’s. Unfortunately, she tackles Whitney Houston with a timidness and a lack of precision. I want to love her and see her succeed, but unfortunately, it’s very rocky. I will blame the song choice, as she heads off with a golden ticket. Wyatt Pike sings an original in a ski-town hipster outfit and a bit of prop comedy that I did not enjoy. His voice is…fine. I don’t find it as engaging as the montage presented to us made it seem. As Luke says, I want more. He makes it. I don’t care any more. Everything hurts. Jackson Snelling looks like a country version of RuPaul’s Drag Race contestant Kandy Muse and I mean that as a high compliment. He brings a family photo into the audition room and, while sweet, I am sick and tired of props! Stop with the props! He sings an original song that is heartbreaking, but not especially memorable. His voice shows glimmers of beauty, but he needs experience and work towards perfecting it. I want him to come back next year, as he is so sweet and ready to put in the work. 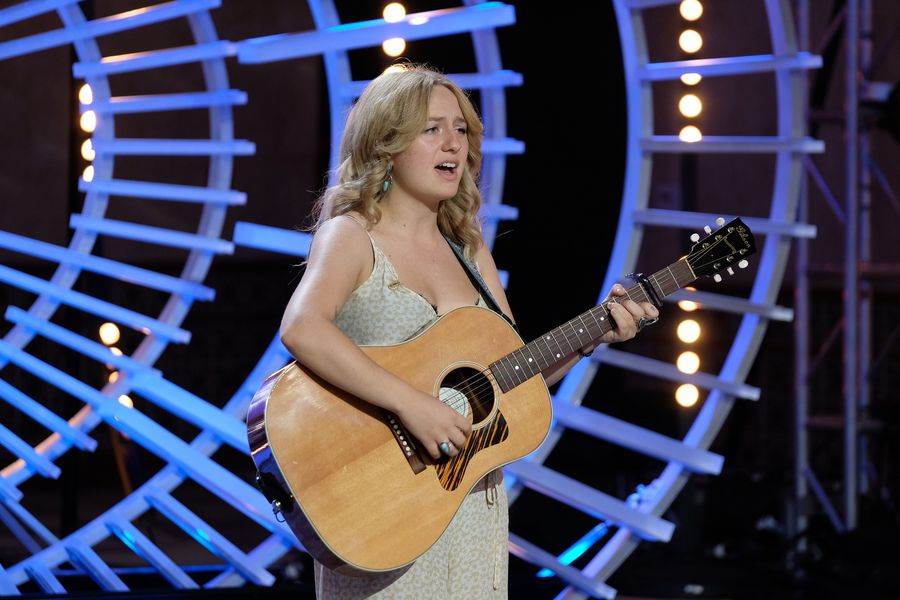 Althea Grace comes and casually drops a scary tale about her daughter’s liver failure. Luckily, there’s a happy end to the harrowing tale, as she received a liver transplant and she is a cute little nugget with the biggest of smiles now! She sings an original tune about the realizations she had during the experience. The performance and song was so grounded and lived-in that was quite refreshing. Luckily, she’s off to Hollywood!