It’s duet night and (in Marie Kondo voice) I’m so excited because I love mess. With the judges taking over the pairing duties, I can only imagine production cowering over a witch's cauldron, contacting the best television possible. My only true “need” for the episode is for Beane to go far, but at this point, that’s insinuated in all my writing. 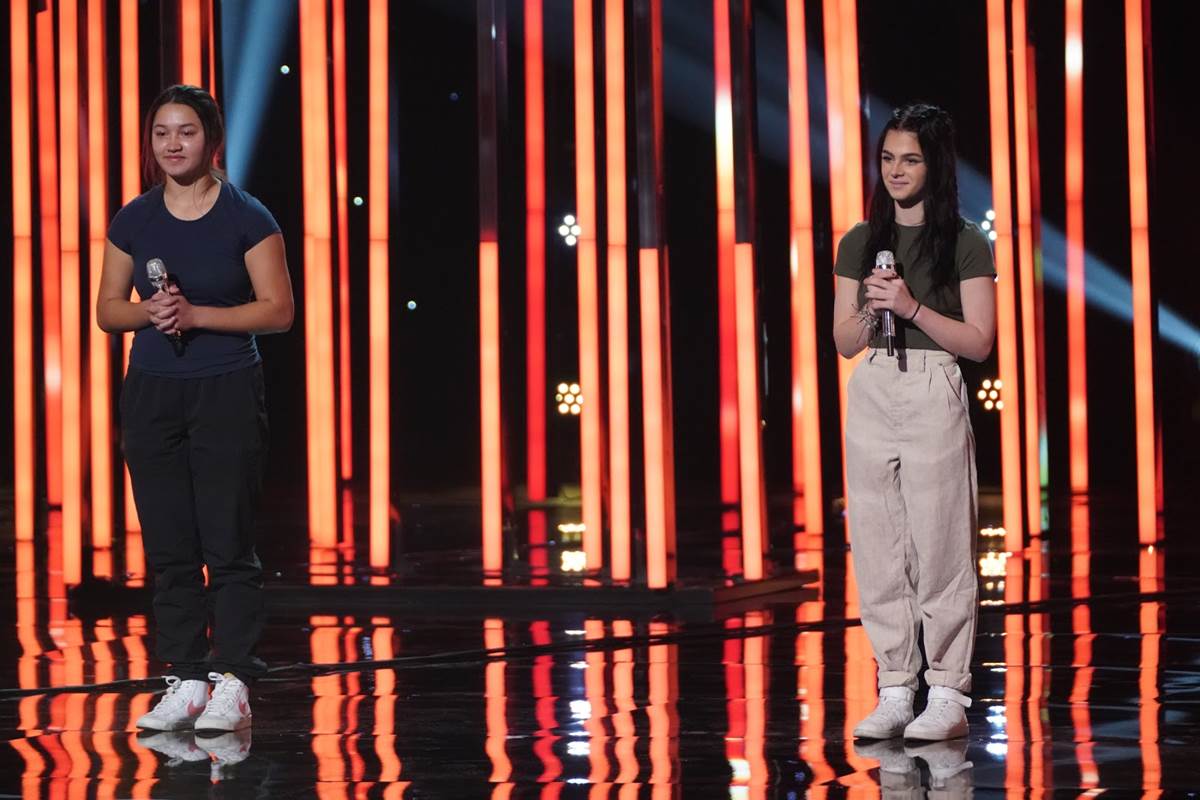 After the contestants find out their partners in something out of an MTV’s “The Challenge” puzzle competition, we are introduced to Liahona and Laila practicing. In a first for the show, the judges are able to go in and become mentors during this round for the contestants and it's an incredibly inspired choice. After Katy gives some genuinely good advice (From a judge? Who knew!), Liahona performs like she’s absolutely given up. Katy is visibly upset at how Liahona looks completely rejected during the Rihanna cover. After a crock of tough love from Katy, the judges begrudgingly advance the duo.

Beane comes into frame (with Kari) and sings “Watermelon Sugar” with a gorgeous lilt. He makes it through. “Watermelon Sugar” should not be sung on this show, at all. That is the opposite of a good song for a show like Idol. As Melinda Doolittle has frequently mentioned, songs for singing competitions need to show the full capabilities of their voice. “Watermelon Sugar” is a song with about 7 notes, including a plateaued chorus that is not exciting.

Of course, we are introduced immediately to another “Watermelon Sugar” duo, including the Viking. I didn’t…love them. I blame the song. However, do I care at all about them? Sure don’t. I care about Beane and Beane is through. Beane Bro 4 Lyfe! 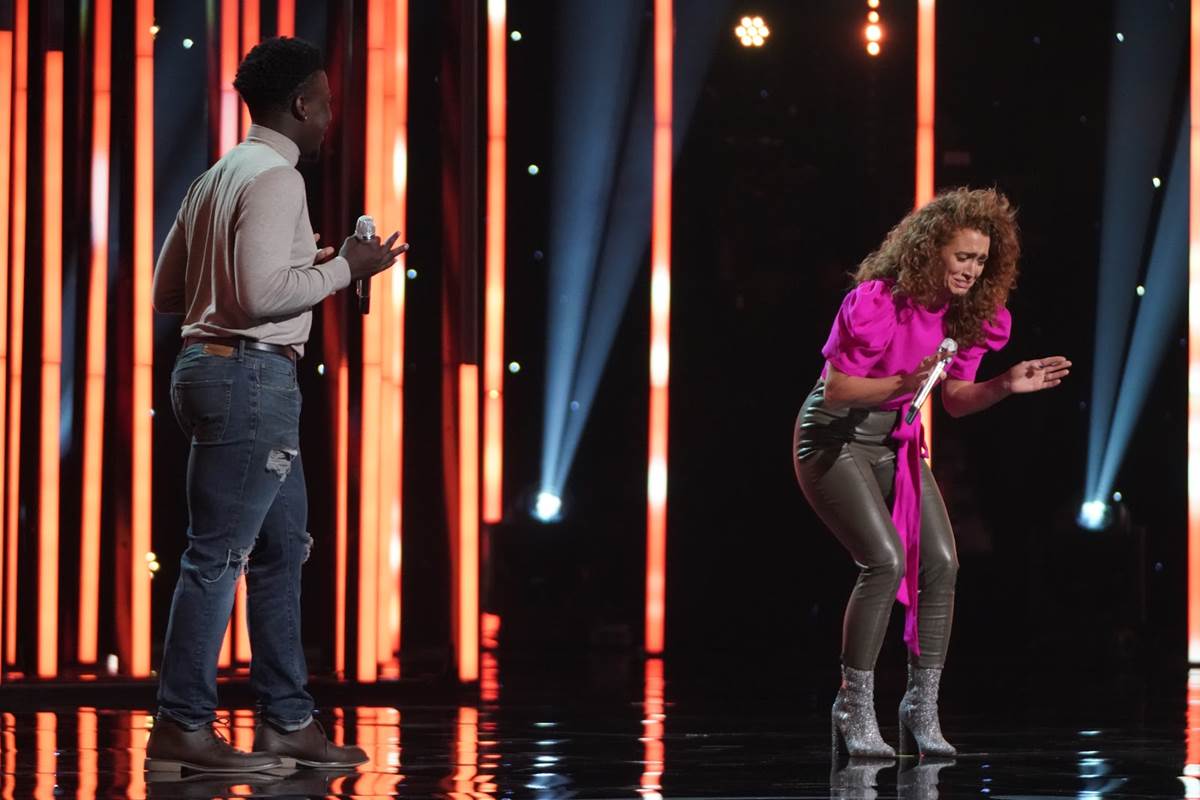 Deshawn and Madison bring us back from commercial with delightful duo energy that I am hella into. Where is their daytime talk show?! Their gospel-adjacent interpretation of Rihanna was the definition of “a bit too much.” They ended on their knees, giving the energy of an off-Broadway production of Cats that stressed me out. Luckily, their voices were still able to shine and they both moved on, hopefully without the Pippin choreography.

Claudia is paired with Hannah, who is afraid and disgusted by the pairing. Not by the Conway of it all, but by the shared age bracket. Sure, Jan, “Shared age bracket.” As Katy comes in and tries to finally pull out a solid and strong performance from both. The duo perform “A Sign of the Times” with a painful anti-harmony that left me confused about how they’ve made it this far. It was so consistently confusing that I couldn’t discern who was in the wrong and who was in the right. Claudia ends up getting the cut and leaves with dignity (meaning no other family member is present, god bless.)

Emisunshine, a human Silly Band, and Alex Miller, a walking onyx ashtray (I mean that in the nicest way) receive clear pushback from Luke Bryan to not sing “I Walk the Line,” but of course, they sing “I Walk the Line.” They add some “oomph” to the performance through yodeling and stomps and both scrape by to the next round. However, Luke gives Alex the mission to take on a pop song next round, so I’m intrigued by Alex’s eventual downfall next week. Thanks, Luke! 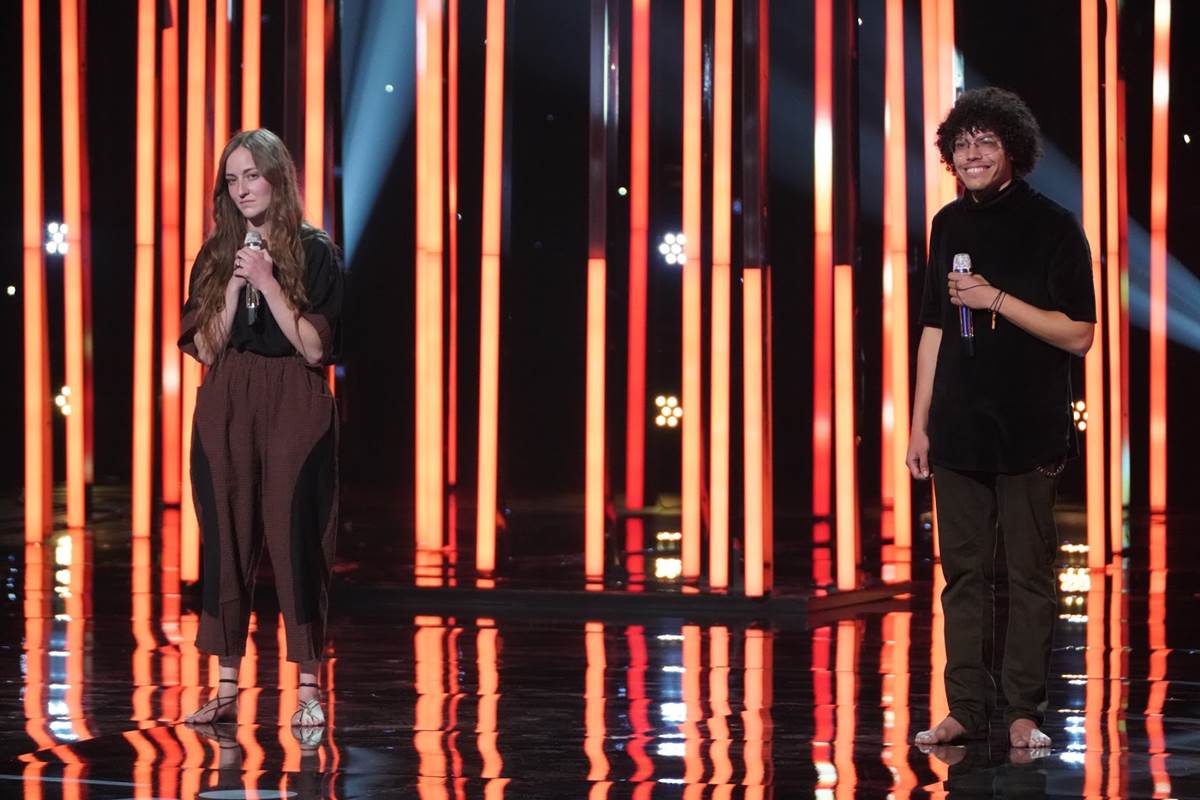 Murphy and Lizzy are a match made in quirky heaven. They probably situate their bedroom furniture like their lives are directed by Wes Anderson. The moment they begin to sing, it’s all wrong. The key is way too high, the harmony does not work, it sounds weird-for-weird’s-sake. For reasons I don’t know, all three judges give them a standing ovation. I have a soft spot for Murphy, as he’s been getting consistent backlash from the judges for no reason. I guess Lizzy charged her feet crystals enough in the pale moonlight, as they both make it through.

Cassandra and Wyatt sing “Too Close” as if auditioning to be the quirkiest cashiers at a Francesca's Outlet. They were good, but incredibly forgettable. They make it through. Cool.

Ronda and Funke duet “Tell Him” with a messiness, which is a common theme for tonight’s episode. Lionel calls out the trainwreck. It’s technically not good, with Funke’s vocal placement being a bit froggy. Shockingly, Funke faints, face first. Her poor chin slams against the floor, resulting in a shocked judges panel with Lionel and Luke running over to assist. It was truly scary, not even due to the insane production choices. Lionel delivers Ronda the good news that they both have (surprisingly) made it through. I give credit to the judges for showing real sympathy, which is clearly the bare minimum, but you think JLo would’ve done that as a judge? Nah, fam.

Kya and Willie are true perfection. Katy is in tears. I’m attending a Zoom church service. Of course, they are both moving forward. HUZZAH!

Sloane and Zach are the cutest little duet team and I am into it, mostly due to the Paula Abdul track blasting in the background. Zach wants to ensure his future within the competition by taking control and coming out of his shell. Unfortunately, I went into mine. It just didn’t work, and unfortunately, they are both sent packing. I’ll miss you, Zach…you and your sweaters.

Chayce and Christina are connecting from the jump, but their main goal going into the duet is to act the hell out of their performance. They’ll be making eye contact, they’ll be reaching for each other, they’ll be emoting like their life depends on it. Where Chayce is able to shine and continues his Idol journey, Christina struggles with many-a-wicked note, so her time on the show ends. Honestly, probably for the best. 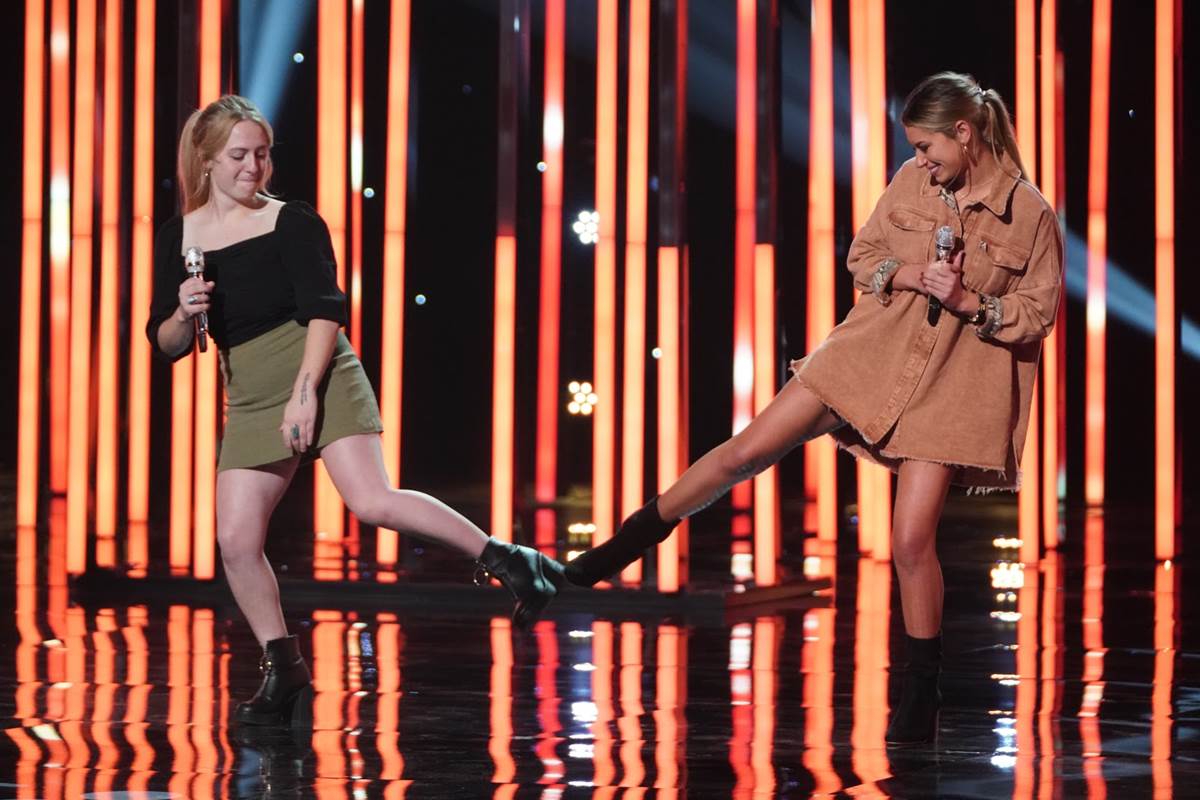 Althea and Camille are struggling (A struggling duet during Hollywood Week? Who would’ve known!) from the jump, but it’s heightened when Althea receives frightening news about her child back home. Luckily, the child recovers quickly and Althea pushes forward. They cover “You Don’t Own Me” without any of The First Wives Club cast, which seems like immediate grounds for disqualification? However, I’m not a judge. Also, they were gorgeous together. While Katy shows a worry that they aren’t as good apart as they are together, they still deserve to move to the Showstopper Round next week.

Hunter Metts finally has a good performance! A treat! A thrill! A dream come true for his sister! The judges express concern that the duo was playing it too safe, but they still make it through. Sister Metts is crying in the club right now!

Our final duo of the night, aka the production-loves-them slot, is Grace and Alyssa. We have seen over the course of the competition how powerful their voices can be, so this should be good, y’all. The moment their mouths open, it’s perfection. They blend like a delicious Jamba Juice smoothie. Both are given opportunities to shine and their power to overtake the stage. I am ready to buy the track. We must buy the track!

With Katy’s wig flown off, we end Hollywood Week’s first set of episodes. Next week, we are given the Showstopper round for final performances before the top 24 is announced. It’s gonna be fun and dramatic and infuriating and stressful. I’m ready. See you then.