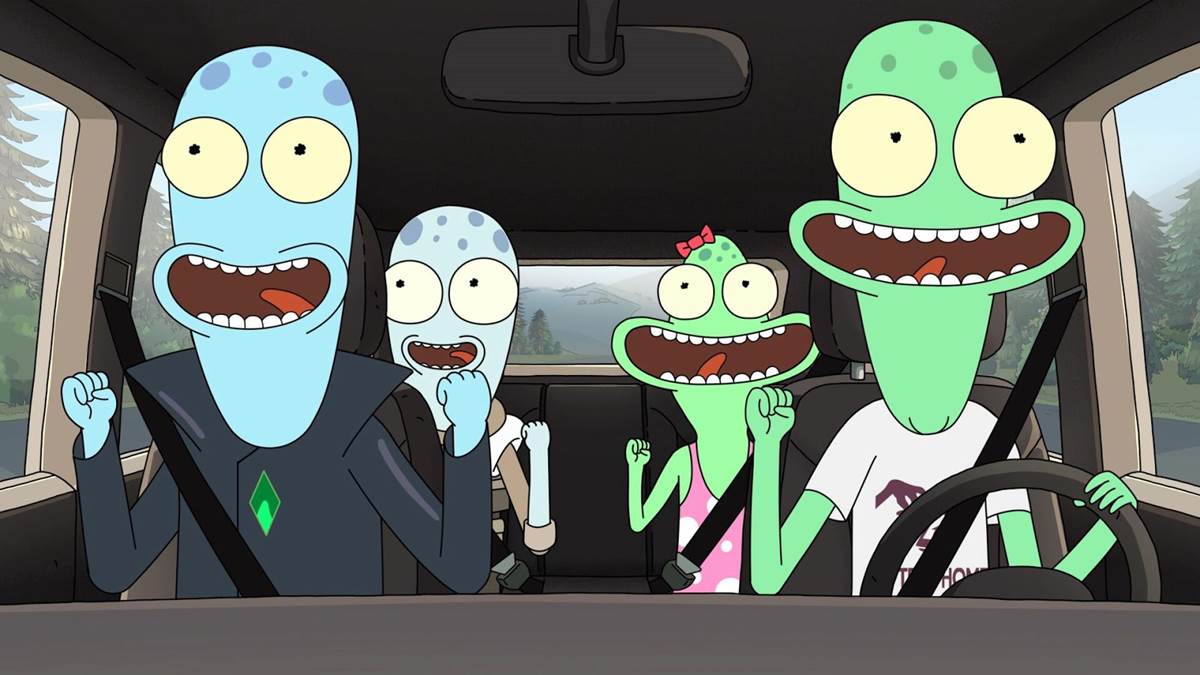 When Solar Opposites— the new animated series from Rick and Morty co-creator Justin Roiland and producer Mike McMahon– first premiered on Hulu last May, it established a fairly unique pattern for its breed of irreverent cartoons. At first glance, its sci-fi sitcom structure resembles that of its aforementioned Adult Swim progenitor, but this show boasts a feature that really makes it stand out from the ever-more-crowded animated television landscape. Contained within this show’s anarchic humor and stand-alone alien adventures is a running serialized subplot that is beginning to rival many of the notable peak-TV dramas that have come and gone over the past couple decades in its complexity and addictively compelling nature.

Yes, on the surface (and throughout most of its running time in both seasons so far) Solar Opposites is about a family of aliens who land on Earth after their planet is destroyed with the goal of eventually terraforming their new home into one more suitable to host their species. It’s a funny premise that is often matched in the series’ nihilistic execution, especially considering how little regard the protagonists have for human life or lawfulness, in contrast with other less-chaotic shows from decades past with similar conceits like Mork & Mindy, ALF, or 3rd Rock from the Sun. But there’s much more going on underneath when the show occasionally zooms in on the ant-farm-like “wall” full of captive humans within the young replicant Yumulack’s (voiced by Sean Giambrone of The Goldbergs) bedroom. Season two of Solar Opposites opens with Korvo (Roiland), Terry (Silicon Valley’s Thomas Middleditch), Jesse (Mary Mack of Golan the Insatiable), and the above-referenced Yumyulack having repaired their broken spaceship and preparing to leave Earth once and for all. Naturally that particular egress doesn’t quite go as planned and the extraterrestrial clan ends up stranded on our planet for another eight episodes of high-tech hijinks. Some highlights from this go-round include the characters being scammed into believing they committed the one atrocity they weren’t actually involved with and going to prison for it, the family getting lost in the wilderness to the point where they use an alien device to convert the woods into a more easily navigable organic metropolis populated by sentient plant people, and a particularly funny plot involving a “Lake House Device'' that allows Korvo and Terry to send letters back in time to their earlier selves, thus altering the present for their own benefit. There’s also a chuckle-worthy bit about Korvo successfully lobbying to outlaw dinner parties so he doesn’t have to attend them anymore and the return of the antagonistic– or is he?– Red Goobler (also Roiland) from season one. 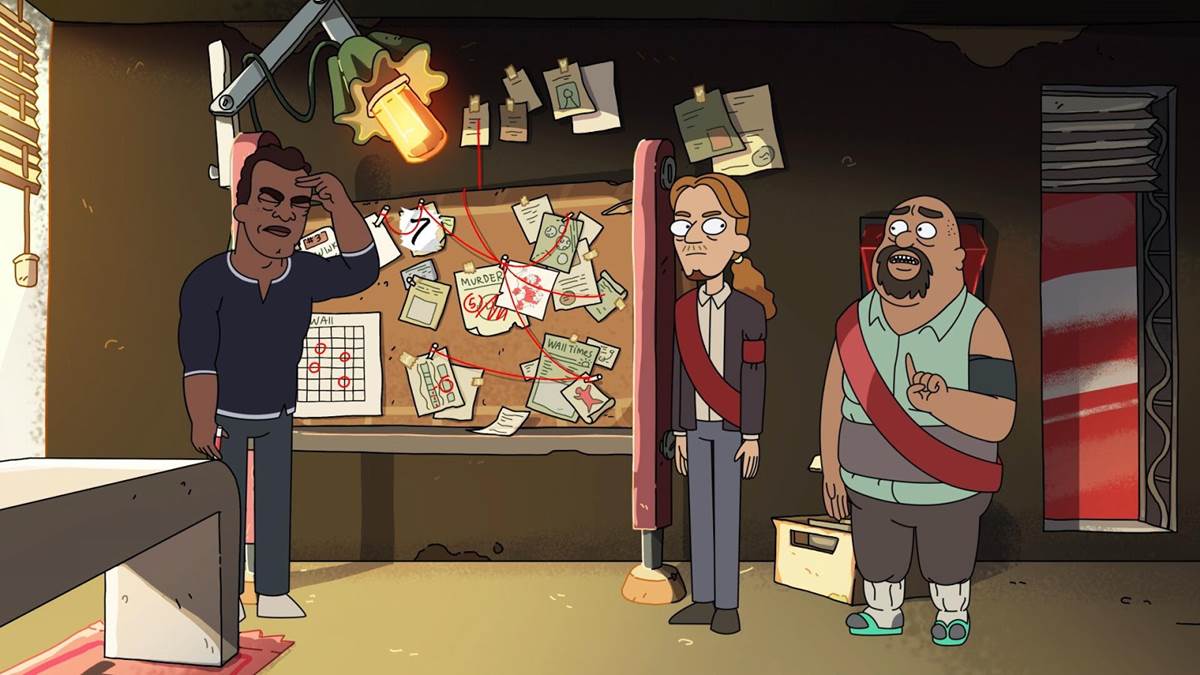 It’s all pretty consistently amusing, and since the series began I’ve gotten a big kick out of how it leans into Roiland’s very specific sphere of pop-culture awareness via the wisecracking character of Terry, but to me the hidden appeal of the show lies in its commitment to dramatic (and almost post-apocalyptic) storytelling via the Wall. The relationship between the two drastically different tones is a symbiotic one, as the Wall couldn’t exist without the aliens’ shenanigans– nor would we want it to– and the contrast can be jarring to the point of distraction, but I’m guessing that’s kind of the point, and it absolutely works. Both seasons of Solar Opposites so far have served up a penultimate episode that focuses in almost exclusively on the goings-on within the Wall, and those installments have functioned as both welcome reprieves from the madcap misadventures of the self-applied title characters and pieces of an intriguingly unfolding mythology in and of itself. At first, this year’s story in the Wall involves a shrunk-down ex-TV police-procedural writer (recurring guest star Sterling K. Brown) getting drawn into becoming the lead investigator in an apparent serial killer case, only to gradually stumble across something far more sinister. I think the wonderful thing about Solar Opposites is that it gives fans of both good jokes and good storytelling something to enjoy. I tend to recommend the show to anyone who finds themself in tune with Justin Roiland’s style of humor that’s been previously on display in Rick and Morty, the video game Trover Saves the Universe, and various other projects. But I would also say watch it for the Wall and an ongoing slow-burn narrative that’s only growing more engaging as it progresses. It’s something that I think more and more people will be discovering and talking about as the series continues, and I’m certainly looking forward to seeing what happens next when the show returns for its already-greenlit season three.

Season 2 of Solar Opposites premieres in its entirety this Friday, March 26 exclusively on Hulu.