The award-winning Disney Villainous game from Ravensburger recently released its 5th expansion, playable as its own game or added to any of the previous releases. Ravensburger was kind enough to send along a review copy of Disney Villainous: Despicable Plots, the title for which was inspired by Gaston from Beauty and the Beast. 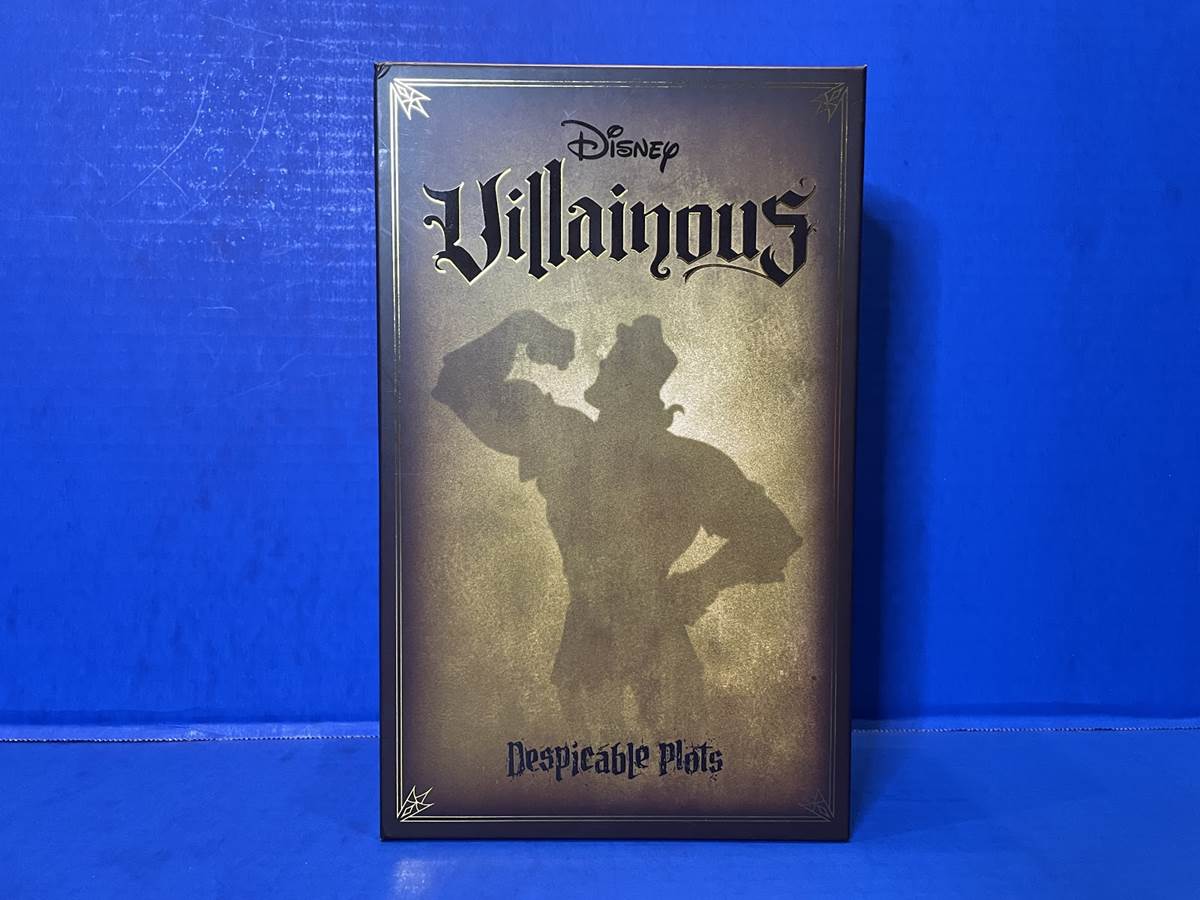 In addition to Belle’s pursuer, this version adds Lady Tremaine from Cinderella and The Horned King from The Black Cauldron to the series. 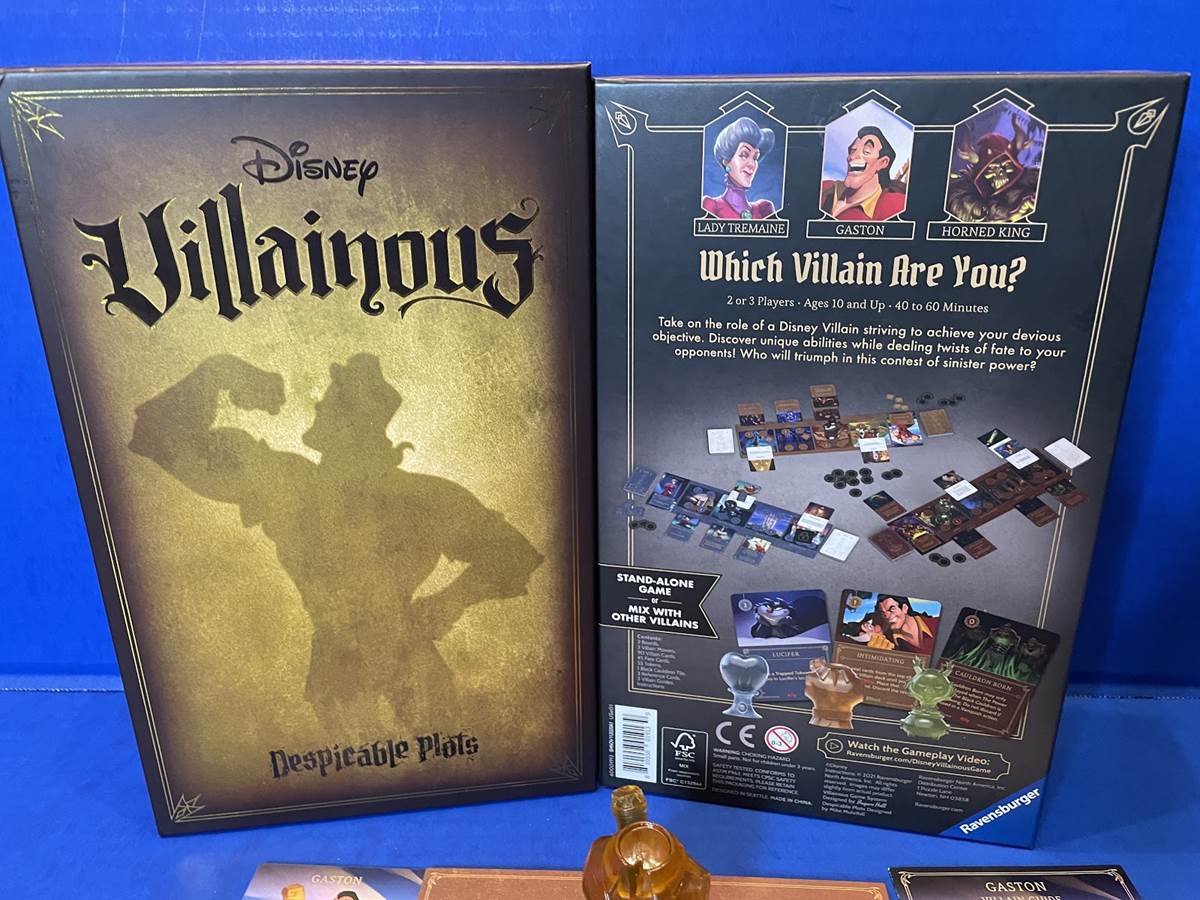 All of the original artwork, boards, pawns and cards fit into the well-established style guide of the series, making it easy to mix and match your favorite characters from previous releases. 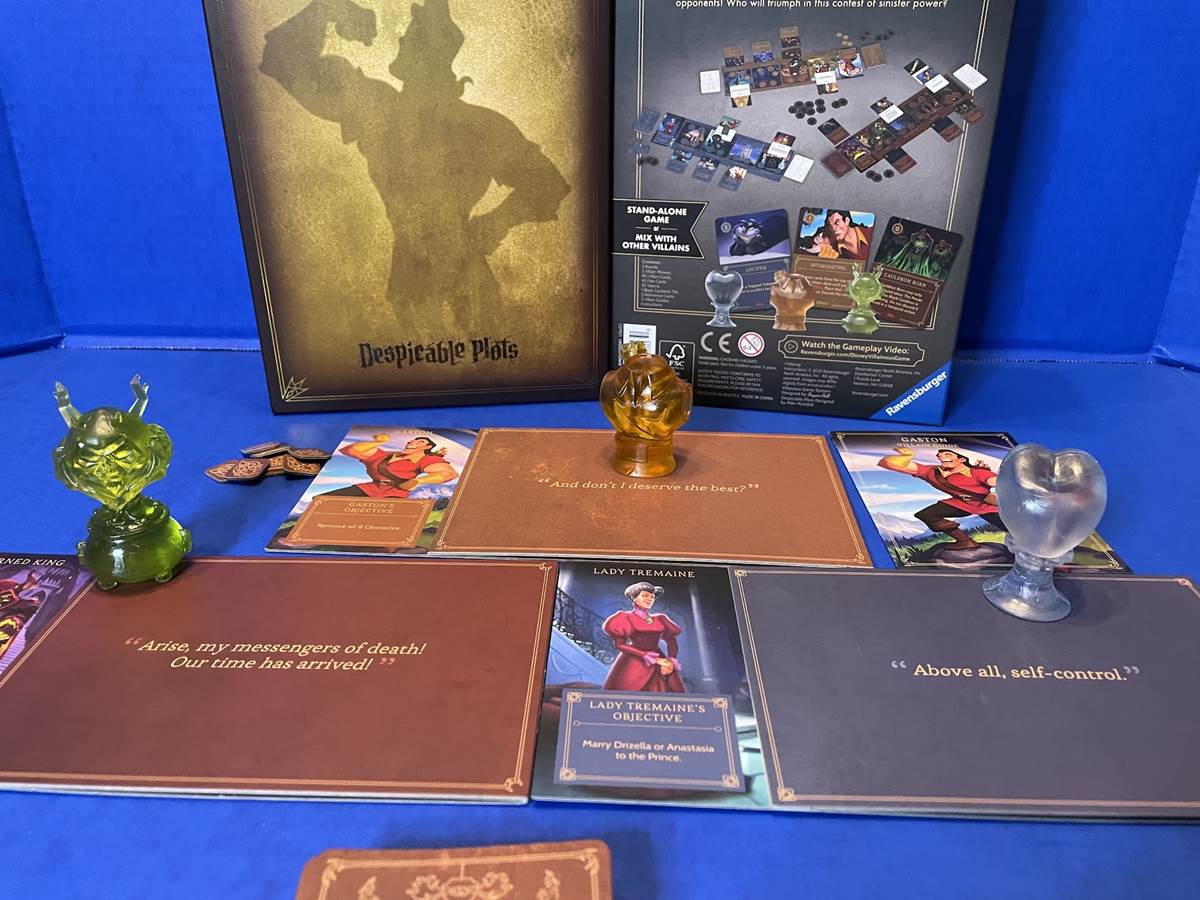 For the unfamiliar, each player chooses a villain and has their own board, deck of cards, and pawn. Each player is trying to complete their villain’s objective and to be the first to do so. Treachery is afoot as other players create setbacks for their opponents by drawing cards from another player’s fate deck, presenting them with heroes to take down or obstacles put in their way. 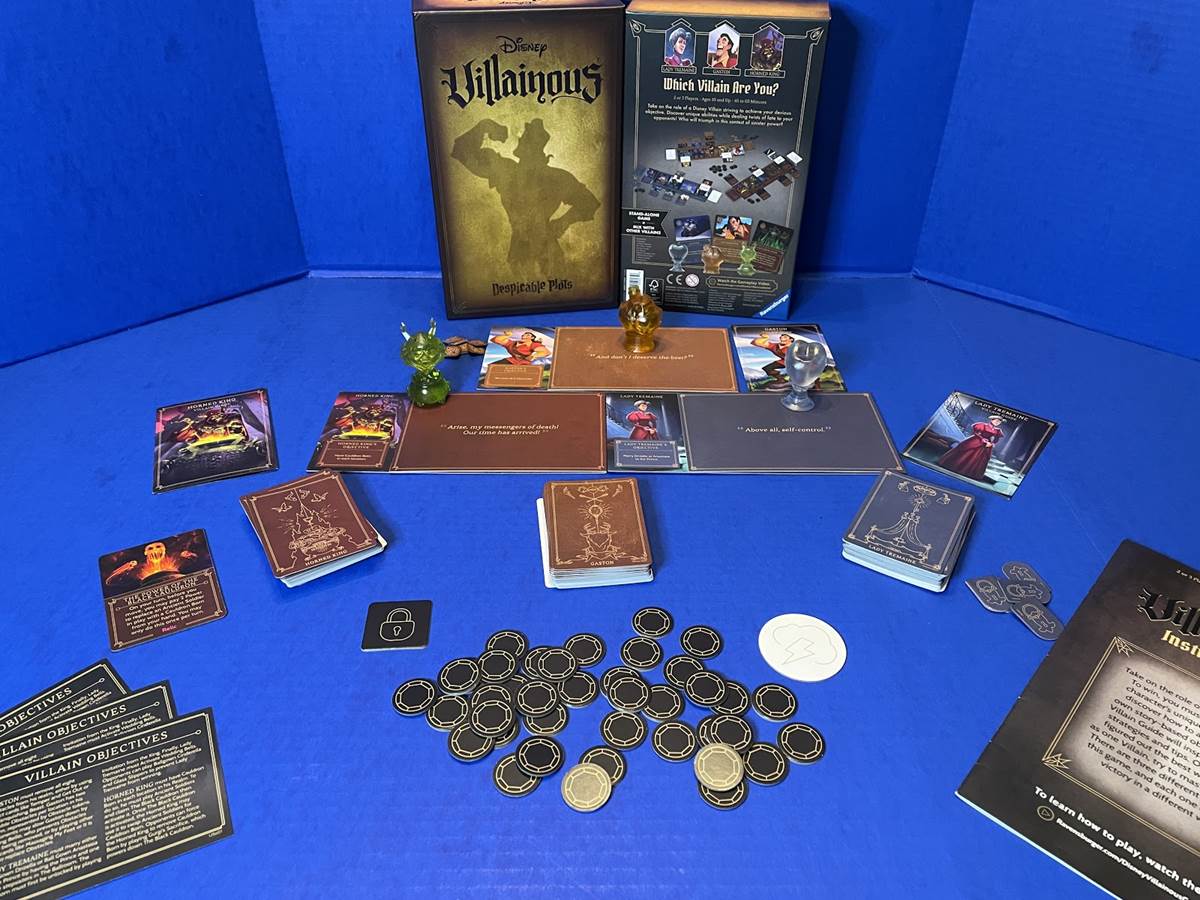 Each players’ board contains 4 realms and at the start of each turn, they must move to a new realm, which dictates the actions they can take. From collecting power coins to dealing and drawing cards, activating effects, or imposing fate cards on opponents, each turn includes an exciting turn of events. Gaston’s goal is to remove all of the obstacles in his way to marry Belle, represented by 8 tokens with the Beast’s face, two in each realm of his board. His allies and effects are designed to help remove them from the board, while his fate deck puts more back on. Realms on Gaston’s board include Belle’s House, the Tavern, the Woods and Beast’s Castle. Heroes that can get in his way include Beast, Maurice, Lumiere and Cogsworth. 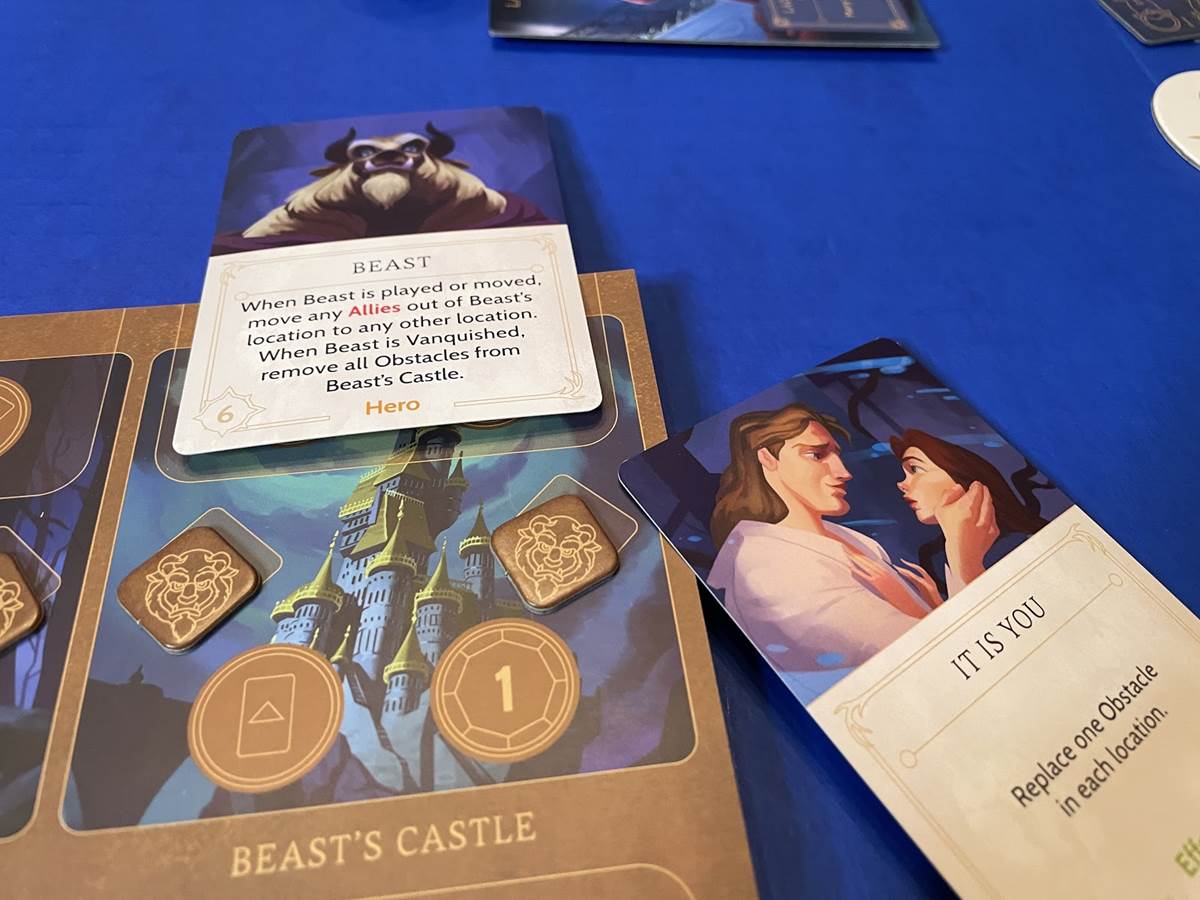 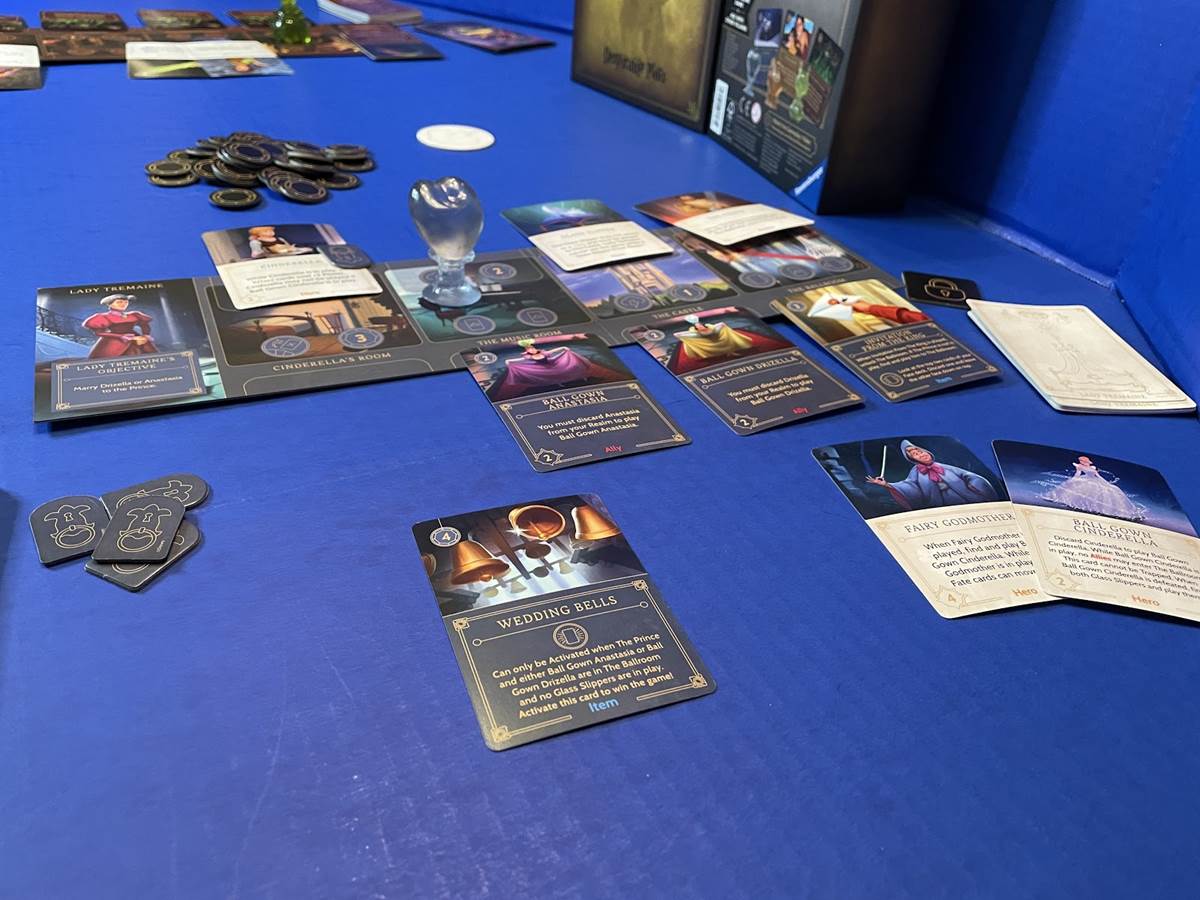 Just like in the film, Lady Tremaine’s objective is to arrange a marriage for one of her two daughters, Anastasia and Drizelle, with The Prince at the Ball. But getting there is a bit of a challenge at first with The Ballroom locked until a card called “Invitation from the King” is drawn. 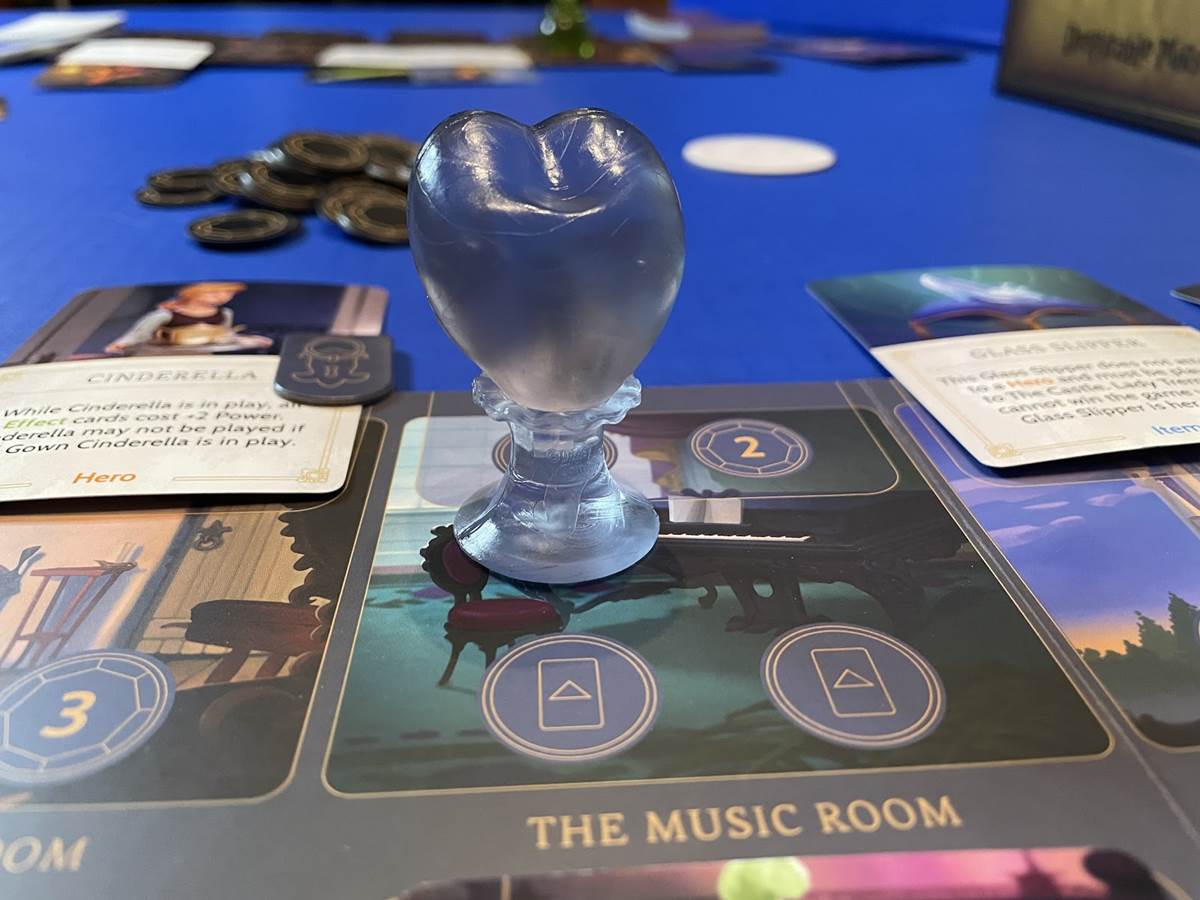 Lady Tremaine has the power to lock characters in a realm, like locking Cinderella away in her room. But if a glass slipper is present on the board, Anastasia and Drizella can’t enter The Ballroom. On top of that, two cards in the fate deck, ball gown Cinderella and the Fairy Godmother, both make matters harder for Lady Tremaine, who also needs to draw the “Wedding Bells” card once she has one of her daughters at The Ballroom with The Prince to finalize the marriage. 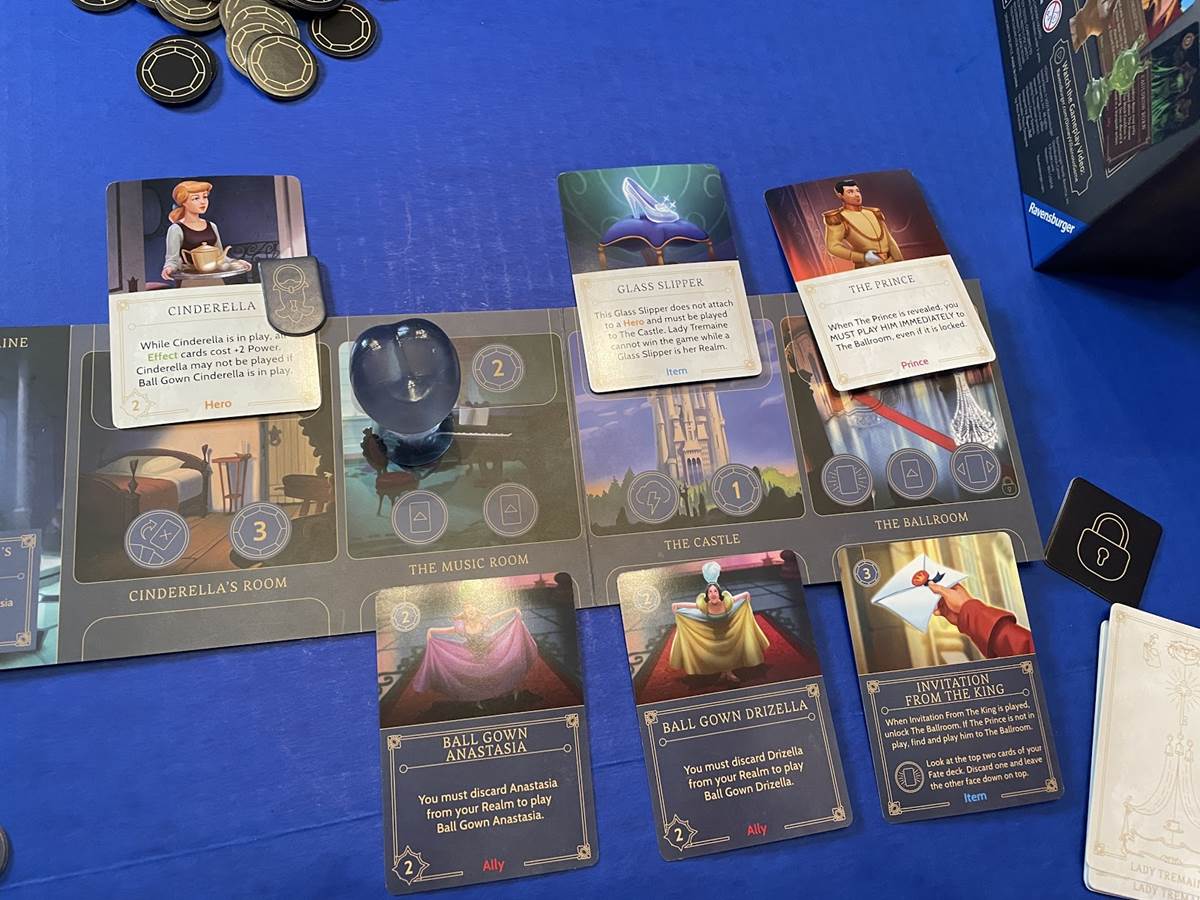 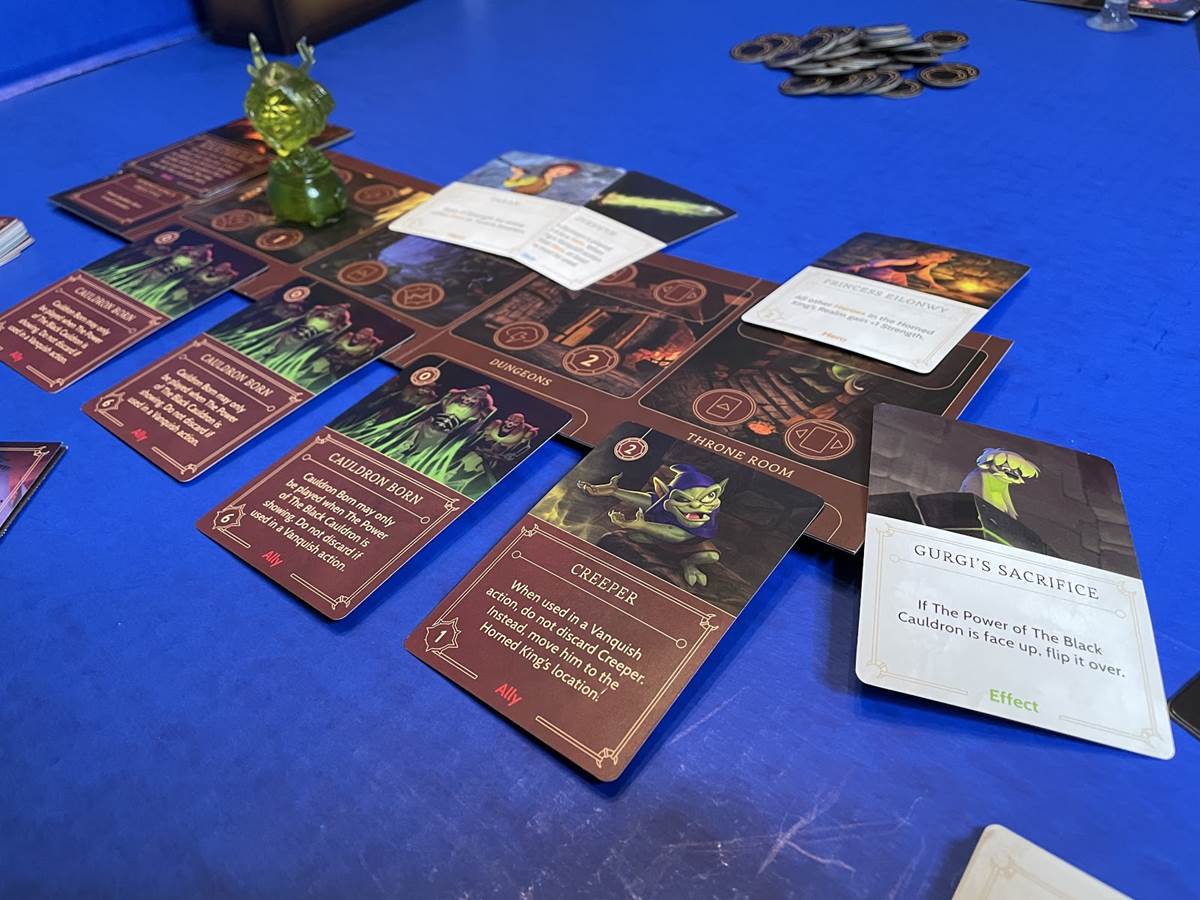 Fate cards unveil heroes, including Taran and his sword Dyrnwyn, and a card called “Gurgi’s Sacrifice” deactivates the Black Cauldron temporarily, making it harder for The Horned King to win. With no additional tokens to use, gameplay with The Horned King is more similar to the first iteration of Disney Villainous. 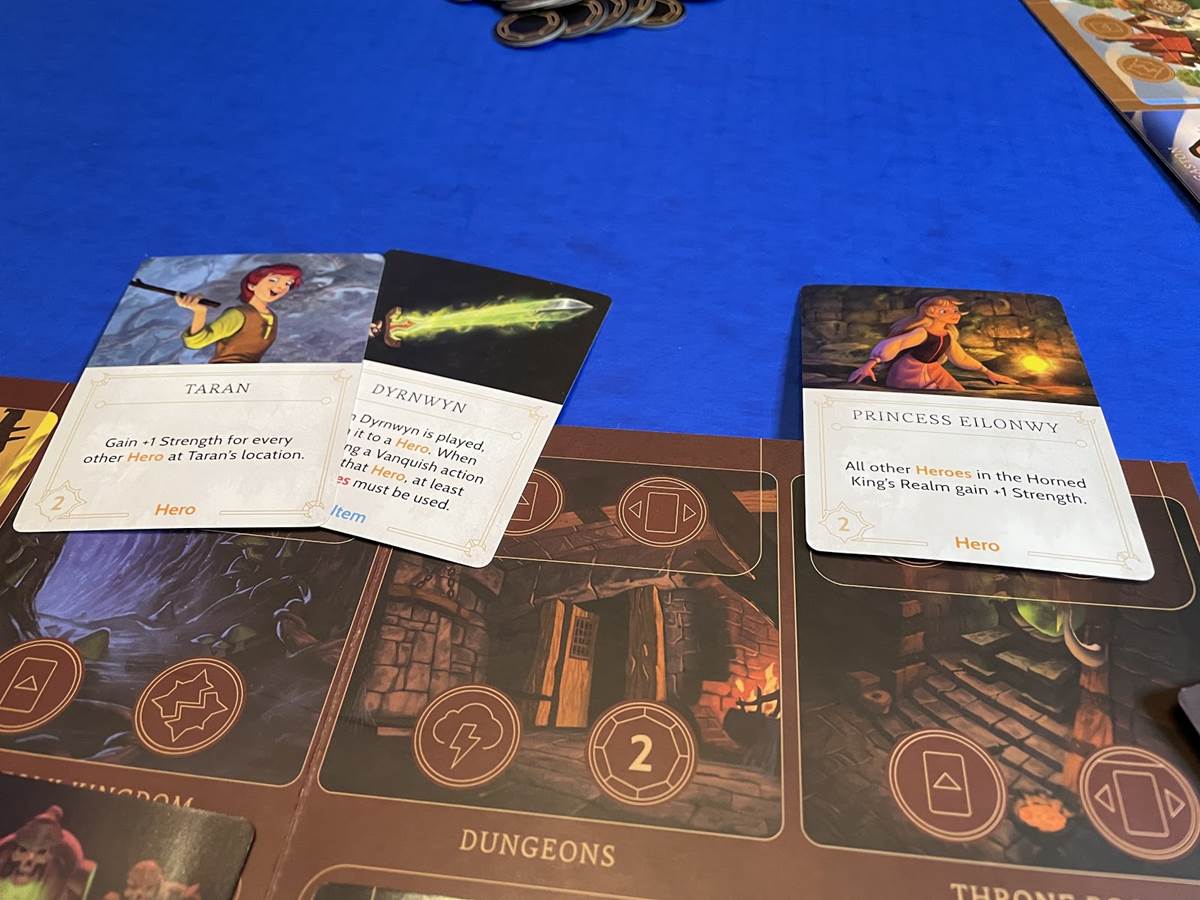 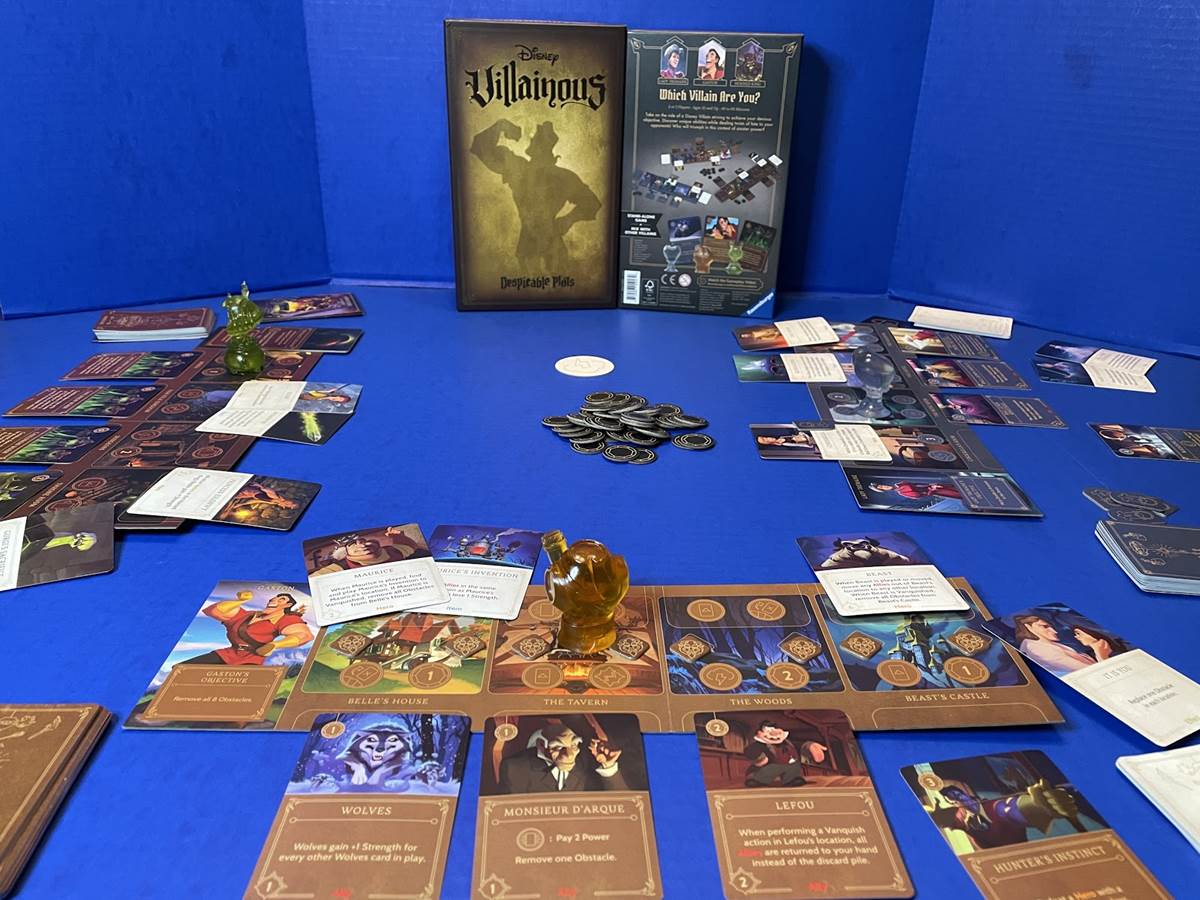 As a big fan of the Disney Villainous series, I loved Despicable Plots. Having gone through most of the iconic Disney Villains, this release includes two characters without powers (Gaston and Lady Tremaine) who are still amongst the studios’ biggest baddies. And say what you will about The Black Cauldron, The Horned King is probably the scariest character ever produced by Walt Disney Animation Studios and having him as part of the game feels essential. Game night is never the same once you invite Disney Villains into your home with Disney Villainous: Despicable Plots. 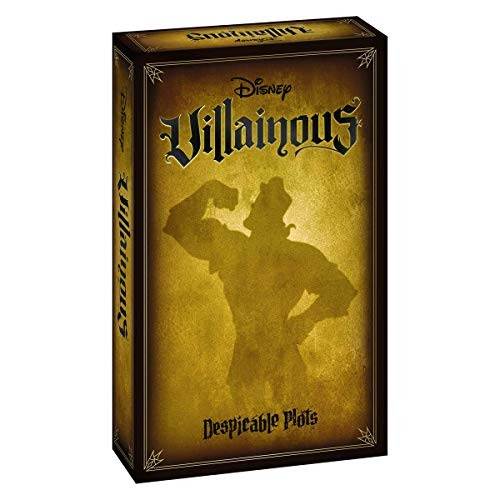