Preview – The Best Heavyweights in the World Collide at UFC 260

The UFC is back this Saturday for its second pay-per-view event of the month and it is an absolutely stacked card with an incredibly exciting headliner. Anytime the title of “baddest man on the planet” is on the line, you know it’s going to be a fun night.

That’s exactly what’s happening tomorrow night as the UFC Heavyweight Championship will be defended in a highly-anticipated rematch. Plus, two top welterweight will look to vault themselves up the rankings and two very entertaining bantamweights will go to war. 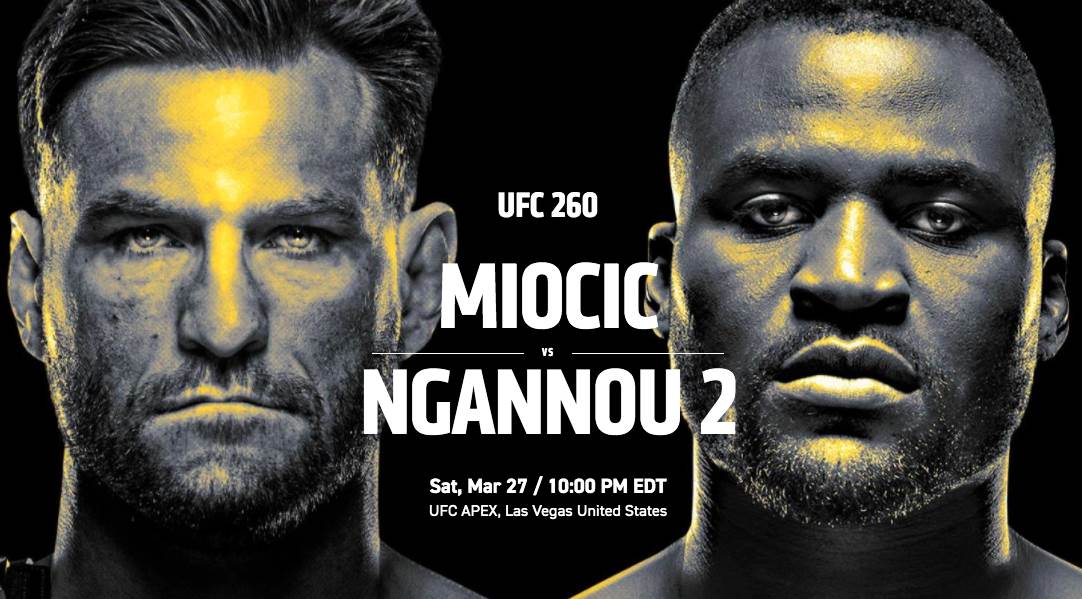 This is one of those fights that maybe doesn’t have so much name recognition, but fight fans know this is a strong candidate for Fight of the Night. O’Malley is a highlight knockout waiting to happen. The 26-year-old phenom won the first 12 fights of his career before suffering his first loss back in August. In his 13 career bouts, he has gone the distance only three times and holds eight career knockout victories.

Across the octagon, Almeida is essentially the same story just with more experience. The 29-year-old veteran has also gone the distance just three times, but with 26 career fights. An astonishing 17 of his wins have come by knockout. The big difference here, is that Almeida has lost three in a row and four out of five coming into this bout. His back is really up against the wall here and that makes him even more dangerous than usual. Expect some fireworks in this one.

My pick: O’Malley via 3rd round knockout

Speaking of great fighters in desperate need of a win, Woodley’s name should come up when talking about the greatest welterweights of all-time. And yet, he comes into this fight on a three-fight losing streak. Granted, those losses have come to the dominant champion Kamaru Usman and the top two contenders in the division, but you can bet he’s not willing to use that as an excuse. He’s definitely going to be looking at this as a very important fight for his career as a four-fight losing streak is very tough to come back from. The expert grappler will look to impose his will to grind out a victory here.

Luque is not afraid to let the fight go to the floor though. The 29-year-old has seen 6 of his 19 wins come by submission and he would love to add Woodley to his list of choke-out victims. That being said, Luque will likely look to stay on his feet, where he can use his reach advantage and striking prowess to pick up his 12th knockout win. This is an incredibly tough fight to pick and a great stylistic matchup.

My pick: Luque via decision 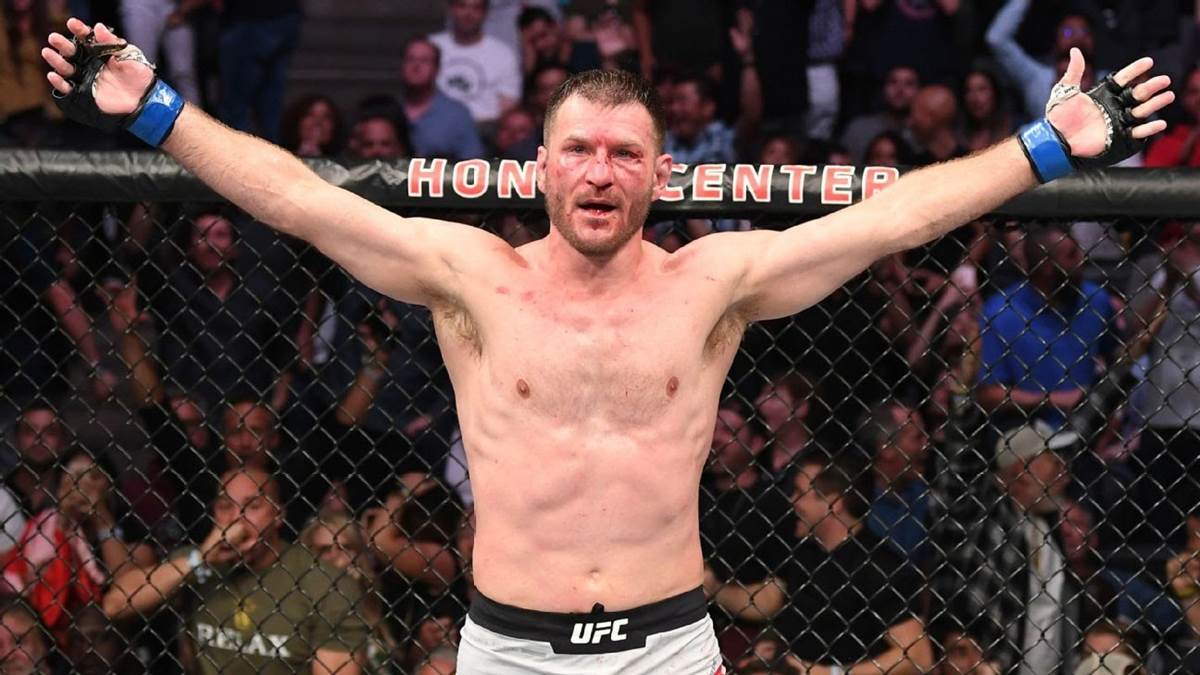 You might think a rematch of a contest from three years ago that resulted in a disappointingly uneventful bout wouldn’t be all that exciting. Well, in this case, you would be wrong. It’s always fun when the heavyweight title is on the line. It’s even more fun when it’s up for grabs between two of the best the weight class has ever seen.

Ngannou is as scary as they come. It’s fitting that his nickname is “The Predator” because when he steps into the octagon, he looks like the single most frightening thing anyone has ever though up. He literally holds the record for the hardest punch ever thrown in the history of the UFC. This man doesn’t have knockout power, he has what knockout power aspires to be when it grows up. Not convinced yet? Since his back-to-back losses in 2018, Ngannou has won four in a row, each by knockout. In those four fights, he has totalled two minutes and 42 seconds of octagon time. That’s 2:42, TOTAL! In four fights! He doesn’t just finish his opponents. He does it quickly and violently. And you can bet he is going to look to do the same against the champ.

And yet, even with all that, Ngannou is likely the underdog here as he steps into the octagon against the most dominant heavyweight champion of all-time. Miocic is the only heavyweight champ in history to successfully defend the crown three consecutive times and has since added a fourth successful defense. Since his dominant decision win over Ngannou in 2018, Miocic has taken two out of three against surefire Hall of Famer Daniel Cormier. Now that he has put that rivalry behind him, he’s looking to bury Ngannou and move on to the next challenger. It will be interesting to see if Miocic looks to wrestle with Ngannou to avoid those power punches. Especially when he has already proven that he can outbox anyone in the division.

My pick: Ngannou via 2nd round knockout