Marvel has no shortage of iconic characters. Everyone loves Captain America, Spider-Man, the Hulk, Iron Man and so many others. And then there’s a character who is essentially a horse version of Thor. And his very own series just kicked off today.

“Beta Ray Bill #1” is a story about a leader of Asgard protecting the realm from a destructive monster. I know, sounds like you’ve heard it before. But this isn’t a Thor story. In fact, Bill is struggling with living in Thor’s shadow. Now, the titular character is on a mission to regain his confidence, his hammer and prove his own worth as a hero. With the events of “King in Black” still unfolding on Earth, Knull’s forces have extended to Asgard and Thor is not around to protect the realm. Instead, Beta Ray Bill steps up to lead Asgard’s forces against what turns out to be Fin Fang Foom infected with a symbiote.

The monster proves to be a formidable foe and Bill and his forces are overmatched, until they get a little help. After the recent loss of Stormbreaker, Bill is not quite himself and failing to protect Asgard from Fin Fang Foom on his own is not going to help matters.

The longtime hero is now fighting a very different kind of battle. He needs to regain his confidence and step out of Thor’s shadow. And that means getting Stormbreaker back. Bill will do whatever it takes to once again become the hero he once was.

This issue has everything you want in a comic book. First, it is loaded with action. The fight between Fin Fang Foom and the forces of Asgard is a lot of fun. Any time you get Asgardians against a dragon, it’s going to make for some crazy pages. Throw a symbiote into the mix and this issue gets taken to the next level.

Writer/artist Daniel Warren Johnson created a lot of memorable panels in this issue. From the stoic Beta Ray Bill to the thunderous lightning bolts of Thor, there are some really great images here. And again, if you put a symbiote on Fin Fang Foom, you can expect some more great visuals. 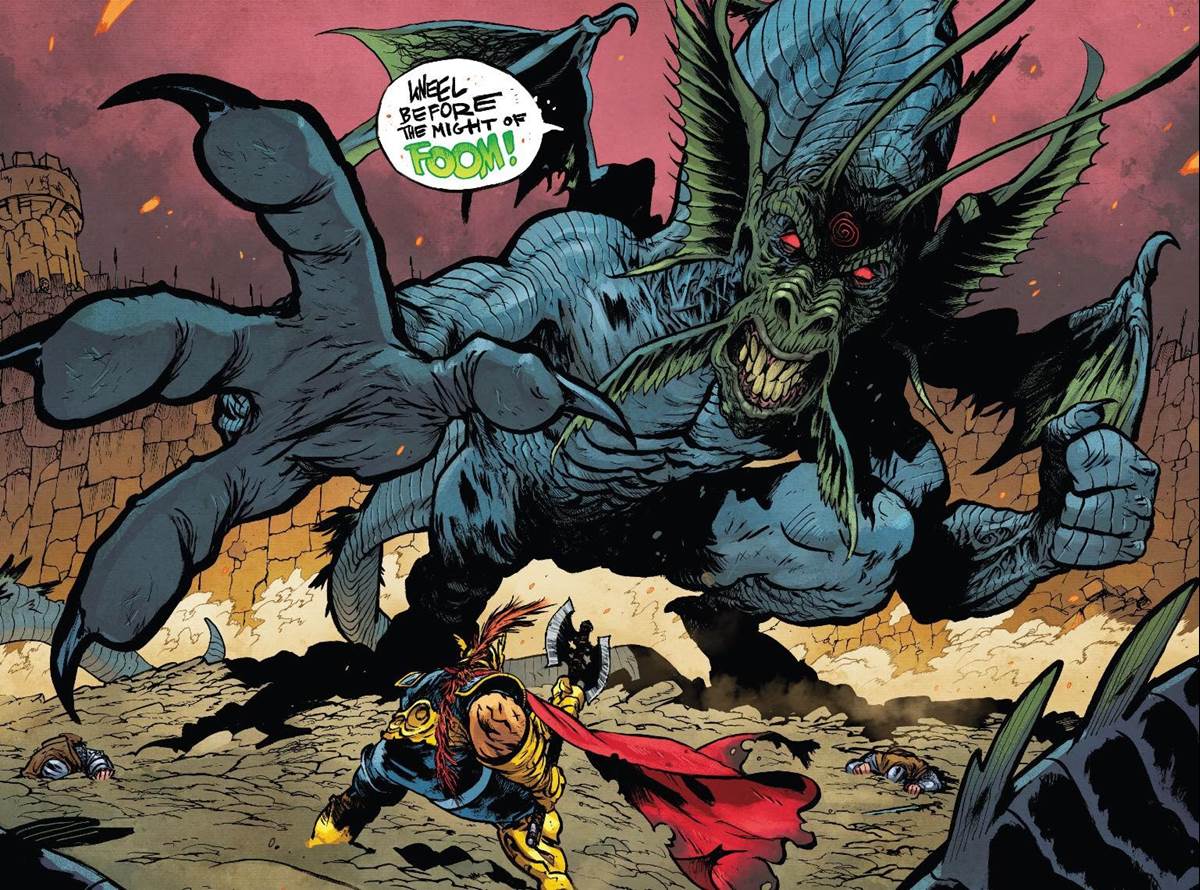 But the fight is only half the story here. There’s a much bigger story going on within Bill himself. The hero has proven his worth again and again and yet, without Stormbreaker, he is lost. Despite the fact that Thor has given him access to any weapon in Asgard, he’s still not quite the same.

And it’s more than just the loss of his trusty weapon. Thor casts a very big shadow. If you don’t believe me, just ask Loki. Bill is tired of living in that shadow and tired of always coming up short. It’s time for him to venture out on his own. That’s exactly what this first issue sets up and it serves as a very exciting start to what is sure to be a wildly fun new series. 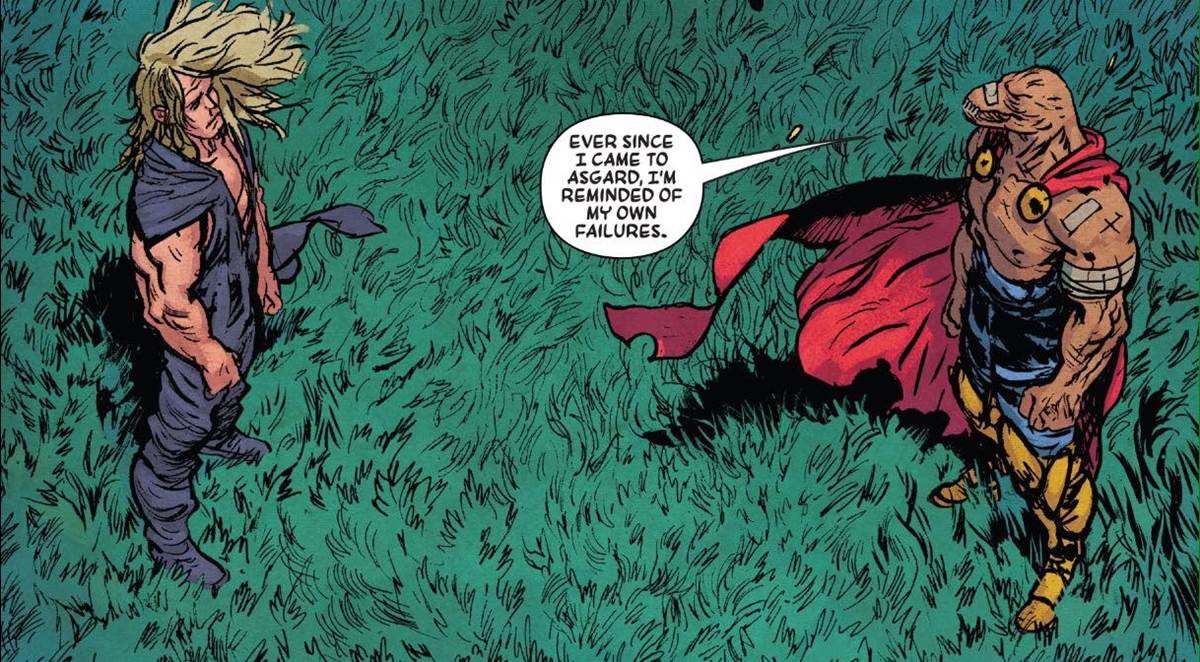 You can check out “Beta Ray Bill #1” now. For more on this week’s comics, check out today’s episode of Marvel Time: