It’s the first day of practice after the Don’t Bothers’ arguably triumphant reveal at Team Day. With Coach Alex at the helm, everything will go swimmingly…right? RIGHT?! 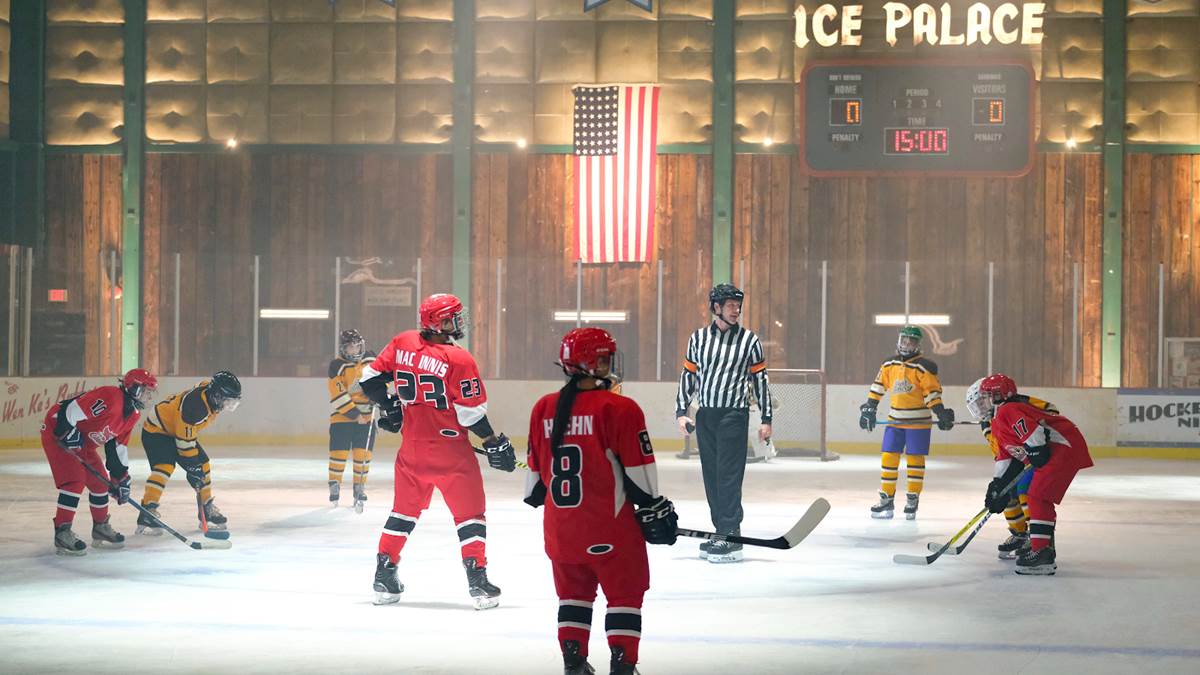 Much to Evan’s dismay, the new team’s first practice consists of bonding activities. Instead of doing drills on the ice, the team goes around sharing information about themselves in hopes to create a strong foundation. I appreciate Alex’s efforts, but knowing the shampoo routine used on Logan’s luscious locks is not the ideal way to win a game.

With consistent practice time now on the schedule at The Ice Palace, Gordon decides that will be an opportune moment…to nap. (Can’t say I don’t support the decision.) As we were briefly introduced to in last week’s premiere, both Alex and Evan see Gordon as a sage hockey guide, even though Gordon’s unenthused by this accidental role. The mother-son duo both interrupt (How dare they!) to stress rant about the coaching situation. While Alex is worried she won’t be able to coach the team in a productive manner, Evan can’t believe his mom is screwing up the job from the jump.

The first game is creeping up on the team, so Alex decides the best way to prepare is with a pre-game awards ceremony! She awards the kids with small statues for non-sport related achievements. Alex is “Sports is FUN!” Evan is “Hockey is LIFE!” There is no common ground. After her son’s fit, Alex goes to sit in the stands at the Ice Palace to clear her head and, I’m only guessing here, speak directly to the spiritual hockey gods? She catches Gordon shooting some pucks around the rink and jumps at the chance to utilize some reverse psychology in hopes to get him to become the new coach. He denies Alex faster than Joshua Jackson said “NO” to being a part of the upcoming cast reunion episode of the series.

Luckily, another small sliver of common ground is found. Gordon agrees with Alex over the current state of the Ducks and how the infectious camaraderie found on the original team has vanished. It’s become a helicopter parent game now, no longer enjoyable for any party involved.

Gordon also reveals a tip for the Don’t Bothers to acquire some decent equipment. They can head to the Lost and Found room at the Ducks’ home rink. Since the parents just throw money around in order for their children to succeed, no one claims any of the “missing” equipment. A brilliant heist operation, thanks to Logan’s flowy hairdo, leads the team to finally getting their hands on the hockey goods.

Before the game, Alex bestows upon the team their official jerseys amidst a pep talk to prepare them for their debut. The scene builds to a crescendo of a possible victory, but we’re talking about the Don’t Bothers here. They suck. Big time. They get their Don’t Bother behinds beat. Alex semi-apologizes after the game, trying to continue the good morale and “Sports is FUN” mentality. Evan responds “Getting your a** kicked that bad isn’t fun.” 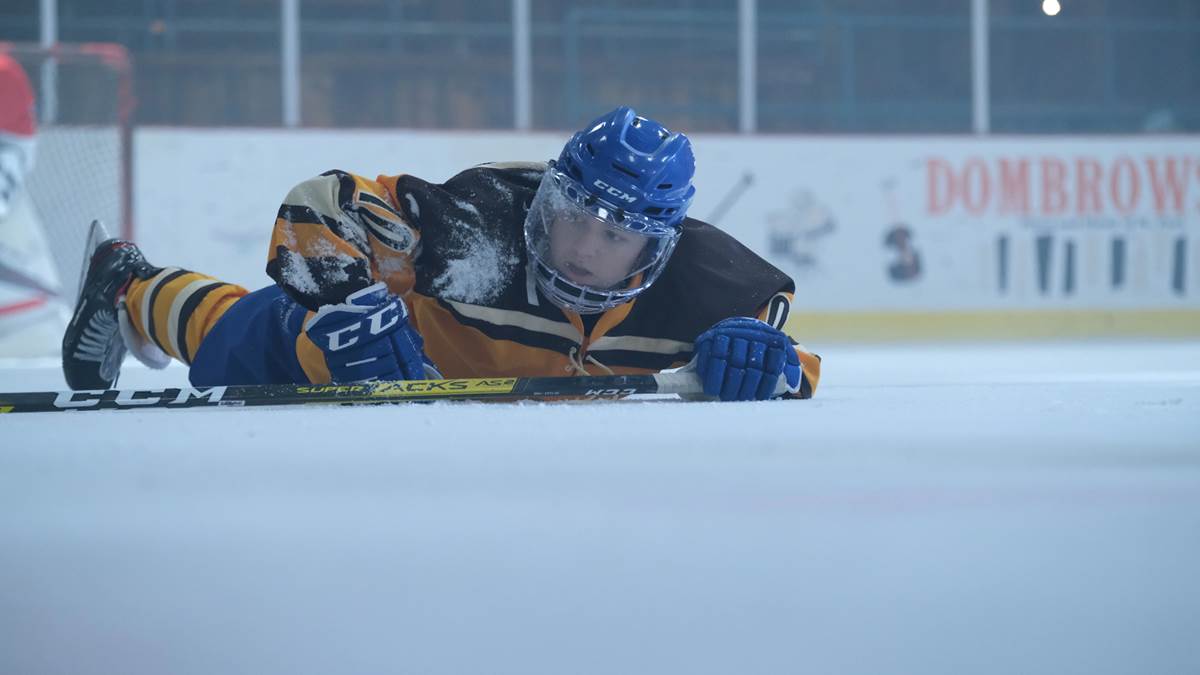 To blow off steam, and show his mom a thing or two, he leads the team through some actual drills on the ice. Maybe a bad loss is just the push they need to go out and win big?