And I won’t look back, I can go the distance

And I’ll stay on track, no I won’t accept defeat

But I won’t lose hope, ‘till I go the distance

And my journey is complete

-“Go The Distance” from Disney’s Hercules

Don Muchow has gone the distance. “I call it an ultra-marathon,” Muchow refers to his epic journey from the west coast to the east coast in what is now known as his Mouse-to-Mouse Race from Disneyland to Walt Disney World. The Ironman and marathon runner describes his trek as “a sort of a life event kind of  thing.” 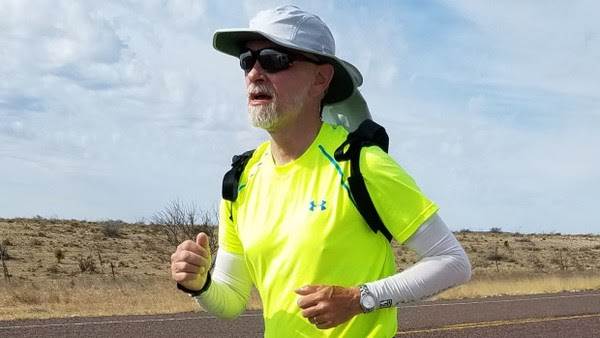 The Texas athlete crossed his personal finish line on Monday completing his 2800-plus mile trek from Disneyland in Anaheim, California to the gates of the Magic Kingdom at the Walt Disney World Resort in Orlando, Florida. In doing so he is believed to be the first runner to ever complete the quest, earning him a spot in the record book of Disney fandom.

For the 59-year-old Plano, Texas resident and self-professed Disney fan, the run was more than just earning a spot in the record books. Muchow is a Type 1 diabetic who is hoping to demonstrate to others suffering from the disease that anything is possible. The mission however has been anything but easy. In addition to balancing the challenges of his disease, it has taken him longer than he originally anticipated due in part to the COVID-19 pandemic which forced him to pause his race on two occasions out of safety concerns.

His adventure officially started at the 42nd Street Beach in Newport Beach, California on February 1st, 2020 — the closest Pacific Ocean spot to Disneyland. From there he ran the 14 miles to the “Happiest Place on Earth” before heading toward the east coast and Walt Disney World. With the hopes of arriving at “the Most Magical Place on Earth” by May 4th, 2020, the pandemic sidetracked those plans. Being immune compromised as a diabetic, Muchow realized it would be risky for him to continue his journey so he decided to put the brakes on his trip and return home to Texas.

In October 2020, Muchow picked up where he left off at mile-marker 1260 in Texas before placing the venture on hold for a second time due to a spike in COVID-19 cases. He resumed his run a third and final time on March 2nd of this year, fully vaccinated from the virus. “I was fortunate in that Type 1 is a chronic disease and fell into the Phase 1B category for vaccination schedules, so I had my vaccine.” 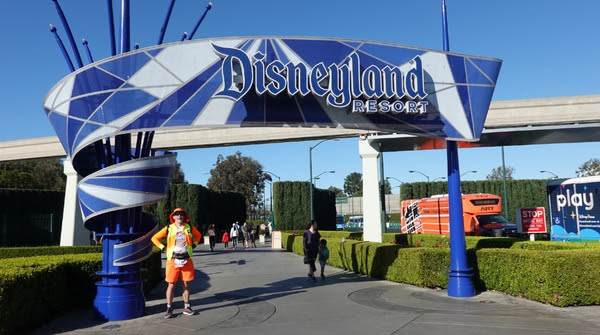 The runner reached out to Disney media relations to see if such a coast-to-coast Disney theme park race had ever been done before. Muchow says the response was simply “you’re doing what? No one has ever done that.”

Aside from safety concerns from the virus, Muchow had to run along the shoulder of many roads often leaving precious little distance between him and the traffic traveling alongside him. His wife followed close behind in a specially equipped van that often served as a rest spot if there was no place for them to stop and energize. Muchow says Airbnb’s were helpful to him and his wife in finding a safe, secure, and sanitary location to get off the beaten path and rest before the next leg of his course.

While not a Disney-sanctioned event, he was accompanied on his run by a specially Disney designed plush mascot. Coco the diabetic monkey is equipped with a miniature insulin pump, blood sugar monitor and emergency alert bracelet. Muchow says his furry friend served as an inspiration to children suffering from the disease and parents he encountered on his venture. Disney and pharmaceutical company Lilly worked together on creating the mascot and a website dedicated to helping children and their families with diabetes. 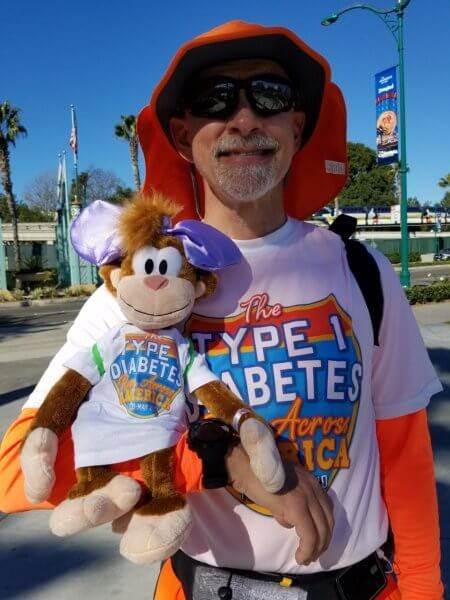 Surprised at the attention he was getting on social media as he was approaching the finish line, Muchow says he was amazed by the number of posts he was getting as people encouraged and supported him on his pilgrimage. “I don’t think it has quite dawned on me in some ways,” the runner admits. As for his new-found celebrity, Muchow says it will “take a few months at least for me to realize that this wasn’t just my thing. It was a flag to other people to sort of follow and there are some people who are going to run for the first time. “ He adds “it had the effect that it was meant to have, to get some people out there being active.” 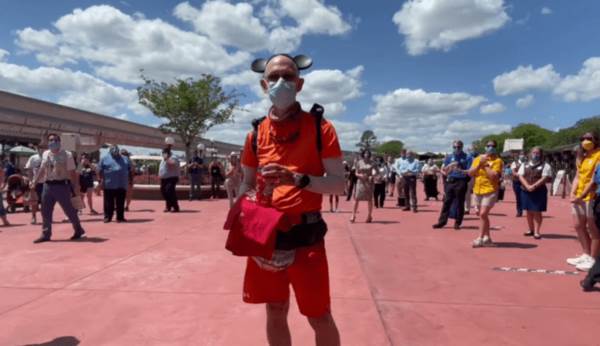 Now that his journey is over, Muchow says the first thing he wants to do is to “find a steakhouse with curbside pickup,” and then get to do some things that he has had to table to pursue his trip. But before he returns home to Texas, the runner says he wants to take a ride on his favorite Disney attraction, “it’s a small world” at the Magic Kingdom.