ABC kicks off the spring season with Rebel, a legal drama starring Katey Sagal as a crusading legal advocate on a quest to take down corporate polluters. From executive producer Krista Vernoff of Grey’s Anatomy and Station 19, her newest entry into the ABC schedule has a standout cast and an explosive lead performance by Sagal which gives Rebel all the ingredients for a smash hit. The show starts at a lavish party held by the Stonemore Medical Corporation. It’s such a lavish party that there’s even a polo match. While the rich are enjoying their success, Annie ‘Rebel’ Bello shows up to bring some perspective to the upper class. Stonemore is celebrating their new heart valve’s financial success, but Rebel knows the truth about their success. She confronts the CEO of the company, played by Adam Arkin, about the safety of the heart valve which leads to a disagreement between the two and Rebel calling in protestors which gets Rebel arrested.

Now that the audience has experienced the main conflict of the story, we watch as Rebel tries to convince her boss Cruz, a lawyer played by Andy Garcia, to take legal action on behalf of victims who claim that the Stonemore heart valve is defective and caused them pain and suffering.

The pilot episode is concise with its narrative. Even though viewers may have seen this type of story before, Rebel reigns supreme because of how Katey Sagal dominates every scene and how the supporting cast that makes up Rebel’s world is crucial to her success. Sagal’s charm and strength is everywhere and her talent allows us to watch Rebel turn on the charm in one scene, show her compassion in another, and then use her brute force. Katey Sagal is perfect as the crusading Rebel.

Her children Cassidy, Nate, and Ziggy, (Lex Scott Davis, Kevin Zeggers, and Ariella Barer) are all important to Rebel personally and professionally. Cassidy is a lawyer at Cruz’s firm, Nate is a gynecologist, and Ziggy is a teenager with a substance abuse problem. Her kids are unique because they often wished that their mom would be like other moms, but at the same time they support her and have benefited from her do-good nature. Being the child of Rebel is not an easy job. As Cassidy relates in a story, during one of her birthday parties as a kid, Rebel insisted on informing all the children about the dyes in the frosting and how unhealthy it was. 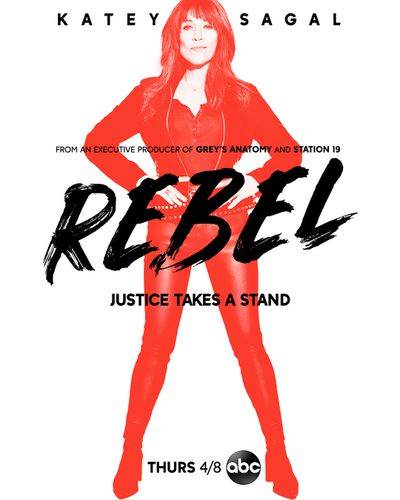 Tamala Jones as Lana, Rebel’s former sister in law and partner, is another brilliant addition to the cast. Jones adds nuance and emotion to every scene she is in, and I particularly enjoyed how her character is the perfect match to Rebel.

Andy Garcia needs to be on screen more. With every project he is in, Garcia brings a smouldering intense performance that is captivating. As Cruz, he is a widower who misses his wife who happened to be Rebel’s best friend. Mourning his wife, Cruz is struggling to live each day. He initially refuses the Stonemore case because his wife suffered from a defective heart valve and he doesn’t want to relieve the heartbreak he witnessed with her death. We don’t get a lot of screen time from Garcia in the first episode, but Garcia commands the scene with his anguish and desire to do the right thing.

Based on all that we learn about Rebel, a viewer might think that no adult, child, or ex-husband would be on such good terms with Rebel. For all of Rebel’s personal flaws and failings as a mother and partner, Rebel works because Katey Sagal is the perfect lead. She builds a character of integrity who hopes for the best from people in the world, and when the world lets her down, she continues to work to change their minds. How could anyone not want to be associated with her.

While the premise of the show sounds close to Erin Brockovich, it should. Erin Brockovich is one of the executive producers on the show and her life experience is a driving force behind the series. 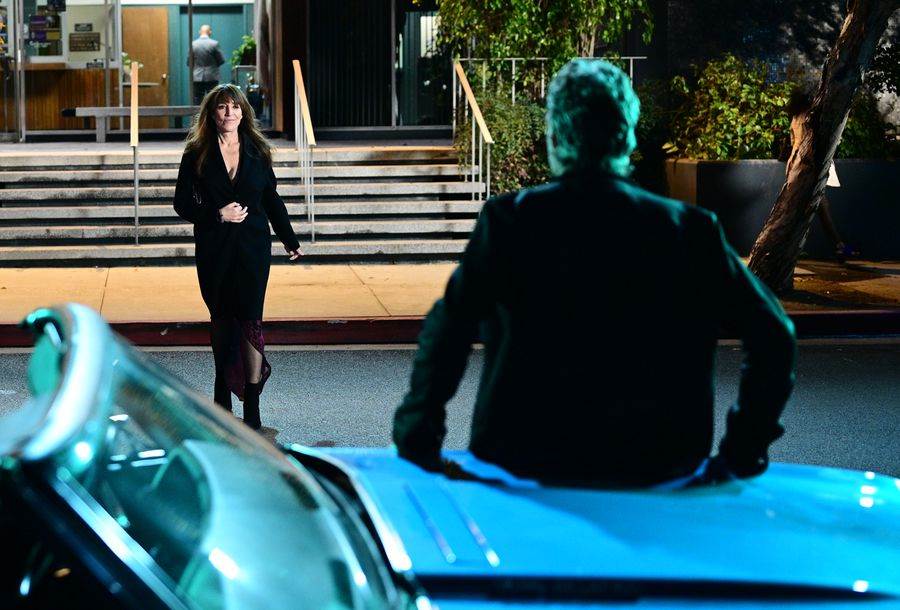 Rebel gets 4-stars for being entertaining and giving a great cast a chance to shine.

Rebel premieres on April 8 on ABC.