I’ll never forget the first time I sat down to a Disney animation class. I was barely confident in my skill to draw a recognizable shape let alone a Disney character, but the Cast Member instructor led me to believe it was possible. Following his instructions I was able to walk out with an incredibly recognizable sketch of Donald Duck made with my very own hands.

Over the years, Disney has expanded those “draw a character” offerings – you can find them at the resort hotels, the cruise lines, and the theme parks including Disney’s Animal Kingdom. And recently it has become a cornerstone of Disney’s animal outreach programs to a few Central Florida children’s hospitals as Disney’s Animals, Science & Environment team had to adapt their existing program to fit covid protocols 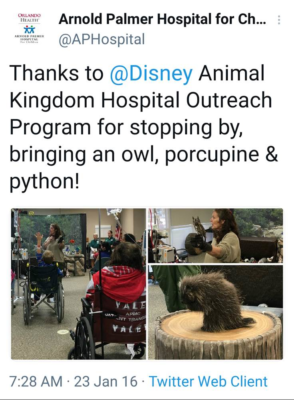 According to Dr. Scott Terrell, director, Animals & Science Operations, Disney in partnership with several Central Florida hospitals including the Arnold Palmer hospital had been bringing small animals to visit. Through these visits, the children were able to have a little fun and learn a bit about the animals, including their healthcare needs and therapies. These interactions might even reduce their own stresses and treatment anxieties. As Katie McMichael, Certified Child Life Specialist at Arnold Palmer Hospital explained, ”When kids learn that animals go through some of the same things, it helps them feel not so alone. They are not the only living thing that has experienced some challenges and may need help from a doctor.”

When COVID-19 came along, Scott and his team “having seen the smiles” simply “refused to give it up..in spite of the limitations…Put our heads together and tried to think of what we could bring to the hospital.”

They decided to adapt the animation experience that day guests currently enjoy at Rafiki’s Planet Watch as part of a new virtual program. “It’s something that the kids can do self-paced in their hospital room. It’s about animals, the magic of Disney, the magic of nature and there may be a bit of education in there as well but our goal is to make kids and families happy,” explained Scott. 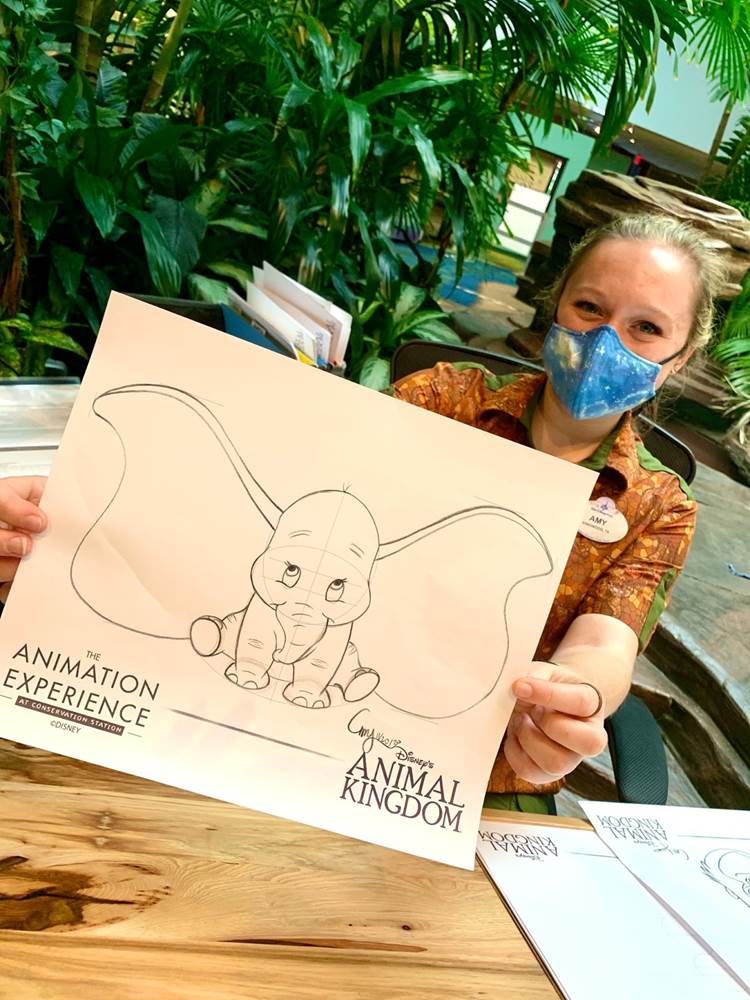 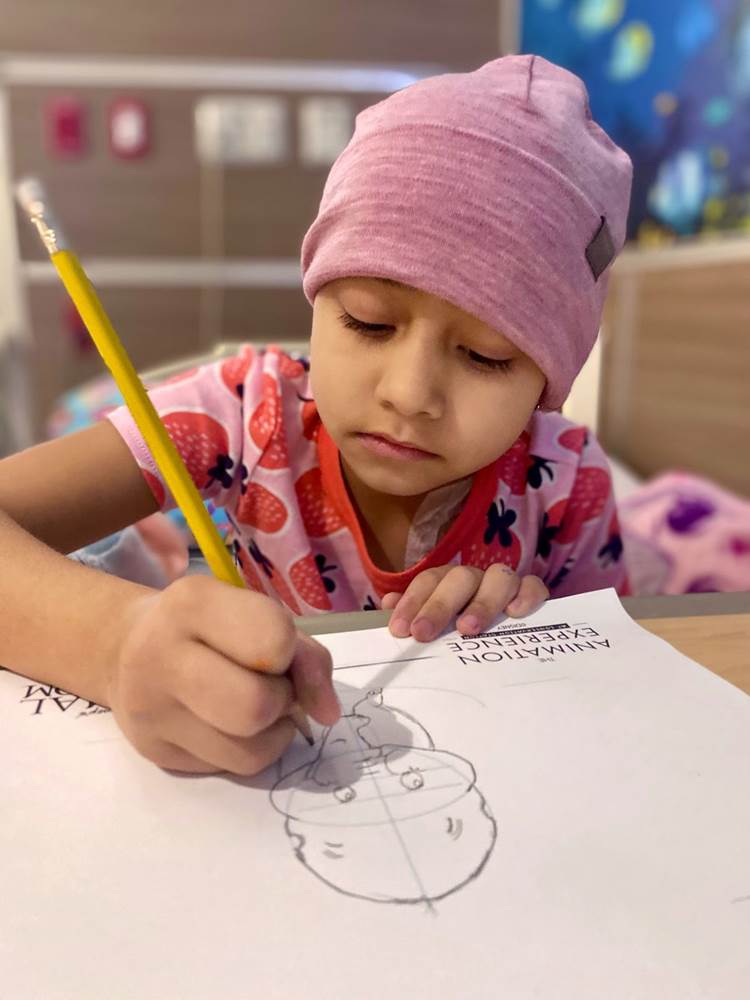 For example, children will learn how to draw Dumbo and discover more about Stella, an elephant born at Disney’s Animal Kingdom, or the tigers of the Maharajah Jungle Trek in connection with Shere Khan. During another session, they can draw Terk and learn about the silverback gorilla and, of course, an Animal Kingdom program can’t leave out Simba, who is teamed with information about Dakari, Kilimanjaro Safari’s male lion. They even offer resources about EPCOT’s sharks accompanied by a drawing lesson on Bruce from Finding Nemo. 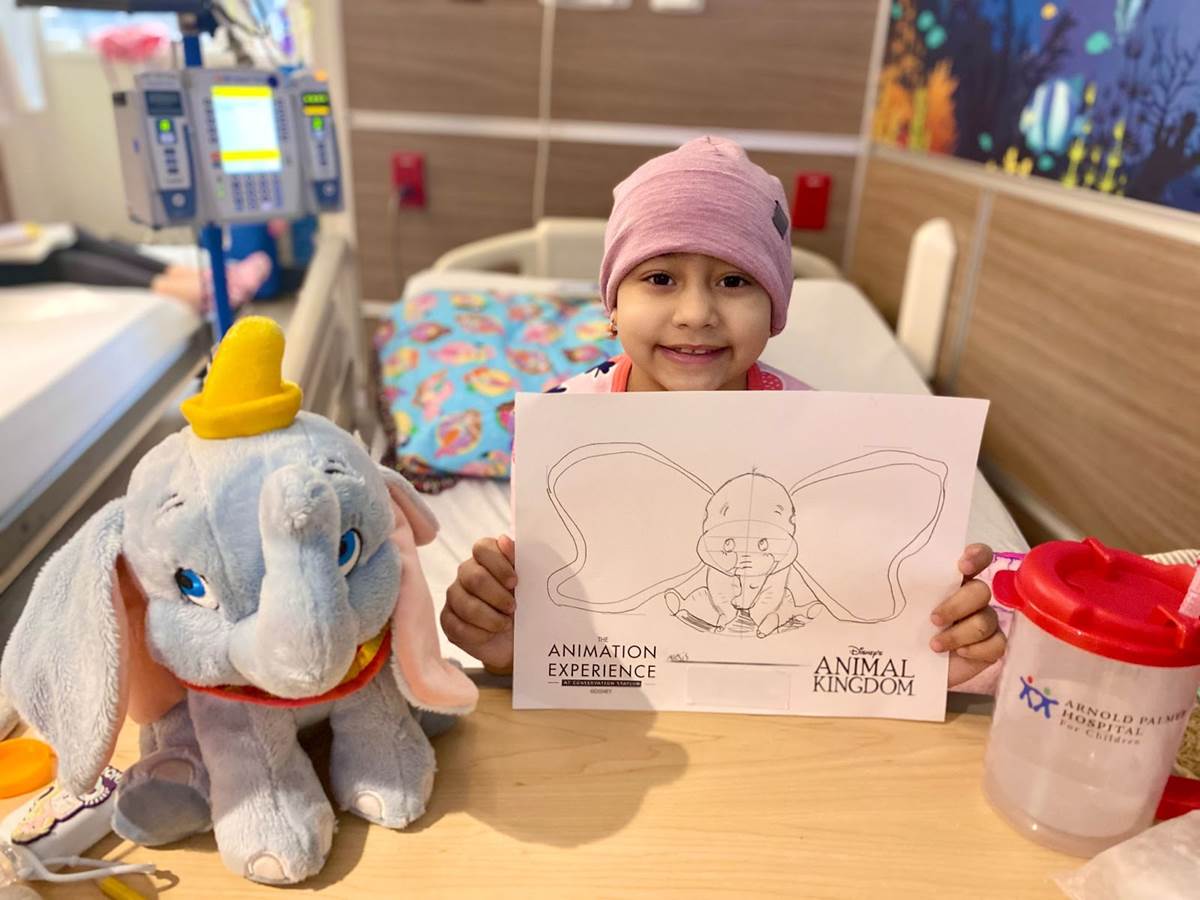 But it seems these virtual Disney’s animation lessons are the real magic, as they have the ability to inspire and encourage as Katie explained, “We look for things in the children’s hospital that the children can have mastery, where they can learn something new and show that they are good and successful at it because there are things in the hospital that prevent that from happening. They may not think they can draw Dumbo but then they learn step by step and discover they can do that.”

Even though it was more than 20 years ago, I can still remember the joy of my first character drawing experience and the pride in that accomplishment, something I didn’t think I could do. Over the years I’ve seen the smiles of many friends, family and strangers after completing their drawing, a special joy at successfully recreating a bit of Disney magic with pen and paper on your own.

Near the end of our interview, Scott summed it up beautifully, “What better place to bring the magic of Disney, the joy and smiles of families and kids than children’s hospital.”