The episode we’ve been teased for weeks is finally here. The Ducks are back! An alternate title of the episode should’ve been “A Tail of Two Ducks,” but alas, Disney+ has yet to hire me as a writer. Until that day comes (Reader, it will never come), let’s get all warm and fuzzy talking about the return of the OGs. 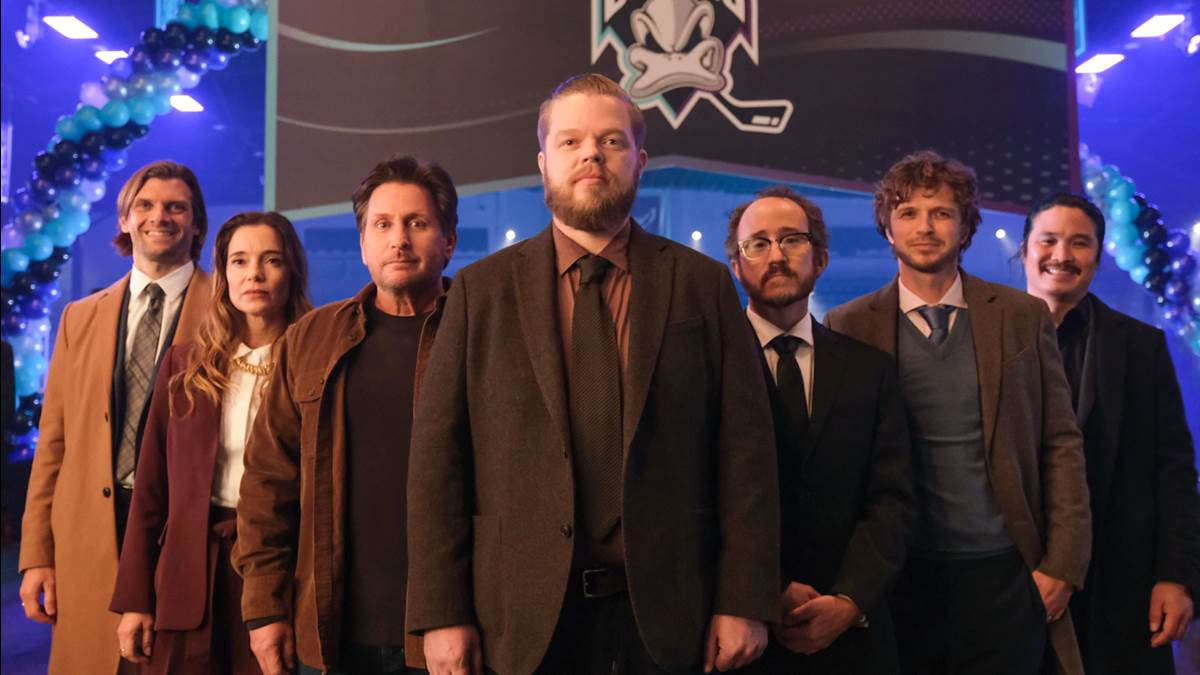 Trying to write-in returning original cast members for reboots and/or sequels is always a delicate subject. Will it make sense? In this case, it was completely validated. The Mighty Ducks are holding a 25th anniversary gala, planned by Stephanie, and everyone who has ever been involved with the team has been invited. Well…except for Gordon.

Gordon runs into Fulton after an unfortunate car window incident (I hope he has insurance. Scratch that, he’s Gordon Bombay. Of course he doesn’t have insurance.) where the gala news is revealed. Since Gordon is the most unorganized person on Earth, he assumes he lost the invitation. However, after Alex brings up the situation to Stephanie, it’s revealed that he no longer represents “The best of the Ducks” and so he was never sent one. With every passing episode, my hope for Stephanie to fall down a well grows.

Gordon meets up with the returning team for pizza while 10,000 Maniacs plays in the background. It was such a 90s moment that I expected the dial-up tone to start playing. They go around the table and discuss what they’ve been up to since they left the ice, but as the conversation turns to the gala, Gordon becomes closed off once again. He won’t reveal what he’s been up to, why he’s never responded to the team, and why he’s not attending the gala. He leaves in a rush and the team is disgusted. He was their shining star and now his light has been put out.

Meanwhile, Evan has received a tantalizing offer to return to the Ducks. With spots being newly open, he receives an overly serious offer to rejoin the team that can bring him acclaim and a career. He has trouble weighing the options, persuaded into coming back for a practice. When he asks his mom for advice, she leaves all the decisions to him. He needs to be making the right decisions on his own and Alex believes a strong push out of the nest is just what he needs. 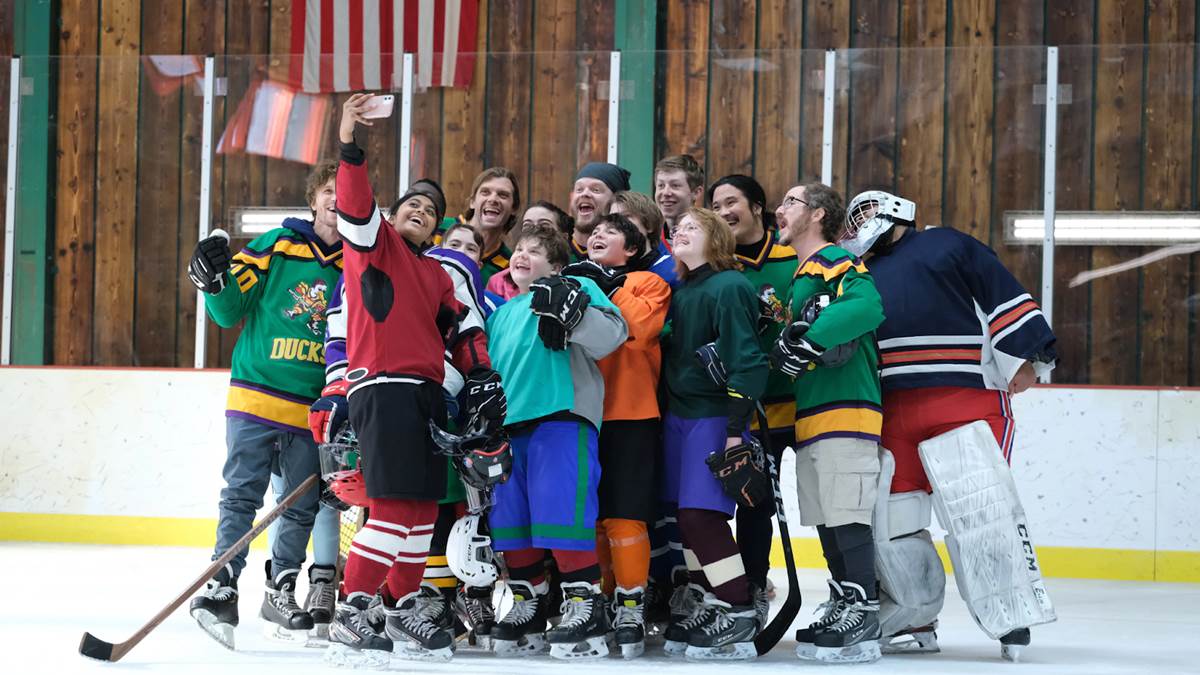 Thank the hockey heavens, as Evan decides to deny the offer to join the Ducks. While revealing the news at the gala, he runs into the OGs and explains the true reason Gordon isn’t there. The OGs are devastated and, in true quacking fashion, they race a limo into The Ice Palace to show their compassion for Gordon and to show the new Ducks who will always reign supreme.

They return to the gala, Gordon in tow, to take control of the event and explain why the team would be nothing without Coach Bombay. It’s sentimental, nostalgic, and emotional all at once. The team returns to the Ice Palace to play a quick game with the Don’t Bothers and everything seems right in Minnesota once again. Yet, just as the episode ends, the team finds incriminating evidence of Evan practicing with the Ducks. Their faith in him is lost. Will the team survive the betrayal?