In last month’s issue of Star Wars: The High Republic Adventures from IDW, writer Daniel José Older put in the work of contrasting the tenets and attitudes of the Jedi Order and their antagonists the Nihil during this period set two hundred years before the Skywalker Saga.

Now, in Star Wars: The High Republic Adventures #4, Older sets events into motion that will see those two opposing viewpoints come into direct conflict with each other. Issue #4 begins at a Republic outpost on the planet Ord Mantell, where the Force-sensitive Mikkian Zeen Mrala is experiencing an academic sojourn with her new Jedi friends. Suddenly the Jedi Knights around her leap into battle aboard their Vector starfighters after discovering the location of a Nihil outpost, though Zeen is left behind with her pet Cham-Cham and Padawans Lula Talisola, Farzala Tarabal, and Qort. Meanwhile, on the garbage moon of Quantxi, Zeen’s estranged companion Krix Kamerat is ordered to kill a local junk dealer who has attempted to flee the nihil’s grasp. Desperate to prove himself to Nihil leader Marchion Ro, Krix tracks down the bird-like alien, who proves to be a more clever and agile prey than he had anticipated. 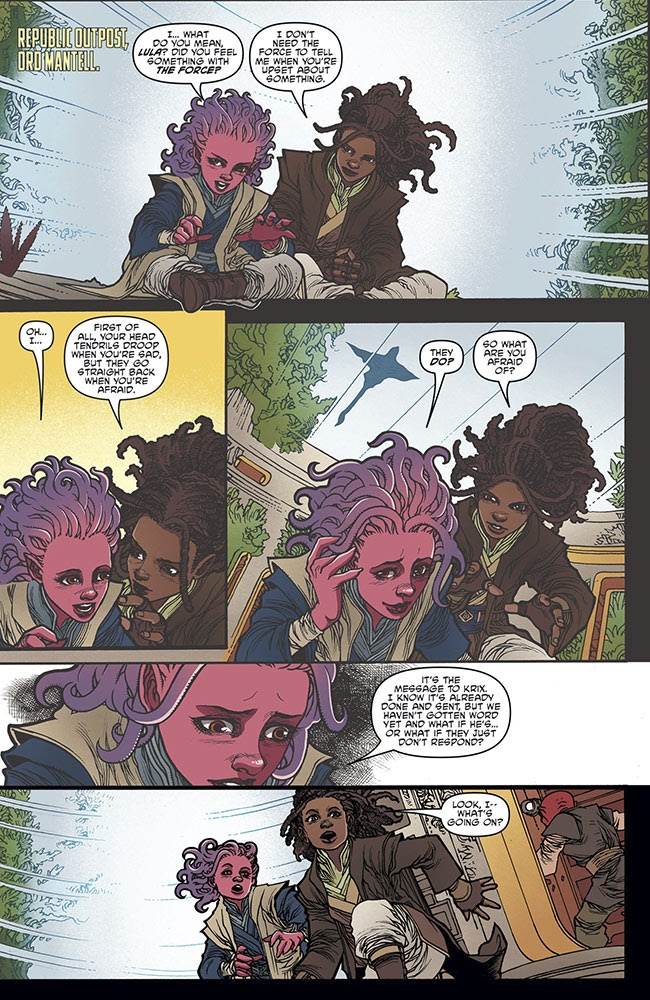 In space, Masters Yoda and Torban Buck (AKA “Buckets of Blood”) battle together alongside a squadron of Vector-flying Jedi to make quick work of the Nihil outpost, though Yoda immediately senses some amiss, as though their mission turned out to be a little too easy. Indeed, Marchion Ro had intended for this skirmish to function as a diversion while he draws the Jedi further into his grasp, using Krix to send a message inviting Zeen to Quantxi as an eventual trap for those stationed at Starlight Beacon. The gambit succeeds, and the issue ends with all interested parties set on a collision course for the junk moon. I think Daniel José Older and artist Harvey Tolibao are doing a fine job of keeping the narrative of this series chugging along and maintaining their readers’ interest in its characters and gradually escalating plotline. With Zeen and Krix likely primed to have a face-to-face confrontation in the next issue, and the Jedi and Nihil set to converge on the same location, I can only imagine things are about to get even more interesting in the coming months. 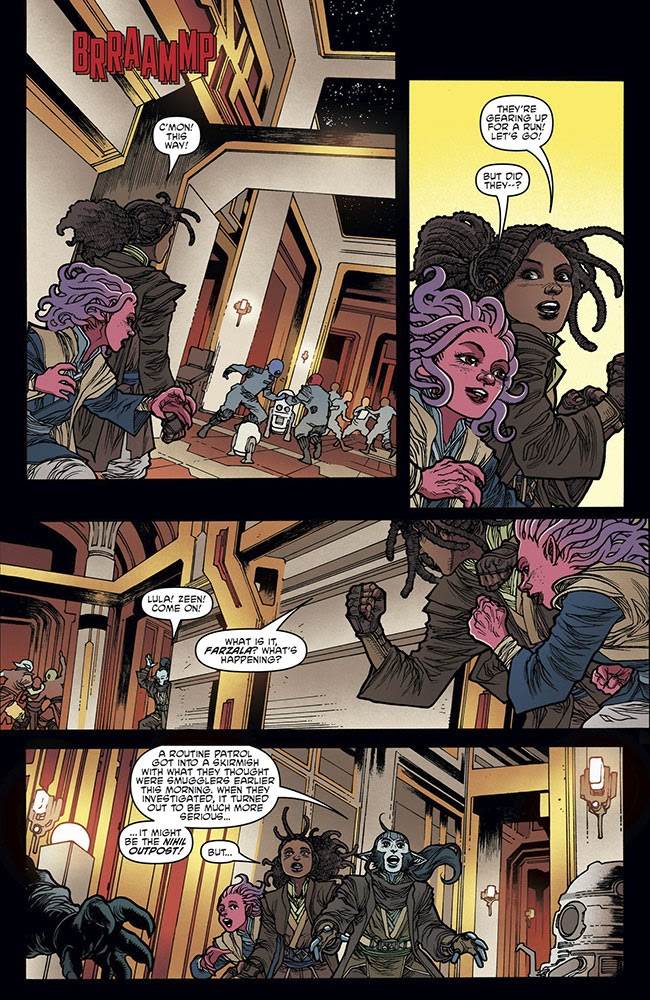