Last week, we were fortunate enough to participate in the latest of the Happily Ever After Hours virtual programs presented by the Walt Disney Family Museum out of San Francisco, California. Fortunately for those like me, while the museum has reopened in the great city by the bay, the virtual programs are still being continued by the museum for those around the country and even the world to enjoy. Tonight’s special guest for the program was screenwriter Rita Hsiao. 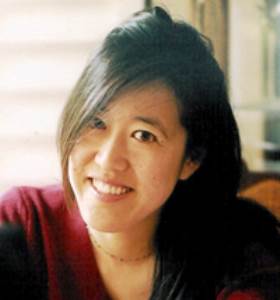 She has worked on numerous films, including live-action romantic comedies like 13 Going On 30 and Hitch. Disney fans are likely to know her from her fantastic work on Mulan, Toy Story 2, and Enchanted, as well as the upcoming sequel coming direct to Disney+, DisEnchanted. It was on ABC (as it was coming into the hands of the Walt Disney Company) when she got her start working on The Wonder Years. Eventually, she found herself writing for the short-lived sitcom loosely based on the comedy of Margaret Cho, All-American Girl. While the series didn’t last, it did provide the lead-up to one of her resumes biggest and most well known bullet points. Along with Margaret Cho, the series had a standout cast, notably with B.D. Wong playing the brother to Cho’s lead character, Dr. Stuart Kim. In the story, he had a fiance, Amy, played by Ming-Na Wen. As Hsiao explained this, you can almost hear an audible gasp through the chat function of the virtual session as Disney fans viewing connected the dots. While working on the series, Hsiao said that both Wong and Wen would ask for advice in regards to this animated project that they were both working on, discussing the material saying “what would you add here?” or “how would you say this?” Eventually, in between work on All-American Girl, she would assist the story crew with Mulan (where Wen played the titular hero and Wong played Captain Li Shang) but it wasn’t until the series went on hiatus that she found herself packing up and moving to Orlando for two years to work on the film, saying that when she arrived most of the film had been at least partially boarded, but had completely changed by the time they were done. She also spoke of how even then, representation was something they needed to consider, and the film had no asian writers other than herself. She said she felt that she needed to bring the authenticity to the film otherwise she “would hear it from [her] mother and [her] friends.” 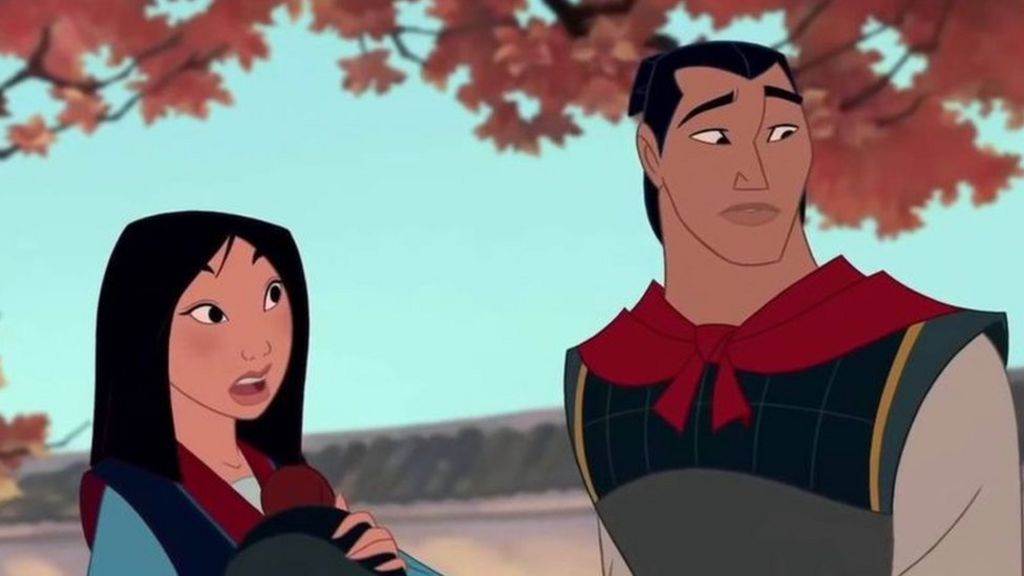 She also said that most of the themes of the movie, such as bringing honor to the family and “as Christina put it best” when her reflection would show who she really was, were all based on personal experiences, but most importantly she wanted to break the stereotype that all asian girls were quiet and delicate, and felt that she had to portray Mulan as more smart and clever and using her brain, not just suddenly going into war and is somehow the physically strongest character around as though it were magic.

Hsiao also explained that there were cultural subtleties that were also placed in the story, saying there was only one other Asian crew member involved in the story process and adamantly refused to make the movie a major love story. She said that eventually there was almost a scene near the end of the film where Shang and Mulan actually kissed, but again protested it, as they themselves would never have kissed a boy in front of her parents.

It’s also very clear that Hsiao enjoyed her time working on Mulan, as she has a cel on display on the wall behind her throughout the session that she explained she bought after the production was completed, complete with artist notes and sequence numbers. For those curious, it’s a frame from near the end of the film when Mushu is stretched out on the steps outside the family temple. Not exactly the frame pictured below but somewhere near it. 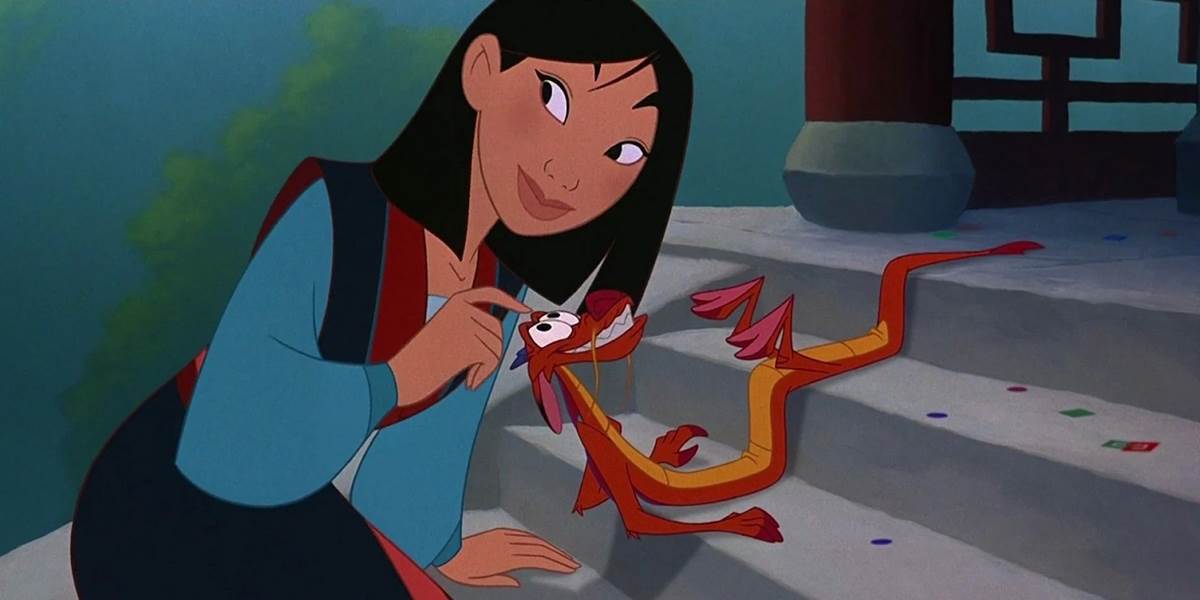 Mulan wasn’t her last foray into animation, as she also went over to Pixar Animation Studios to help write Toy Story 2. When asked how her experience differed between Walt Disney Animation Studios and Pixar, she said Pixar had bagels and a masseuse everyday. More importantly, she noted the difference in writing style with the team, alluding to the legendary “brain trust” of directors and story artists who all got together and critique the story. With every Pixar film she notes, they look at every possible outcome, sometimes 8 or 9 different storylines, to see what would be the most meaningful, most relatable, and most importantly, best story. As was the case with Toy Story 2, notoriously planned to be a direct-to-video sequel that Pixar and the writing team refused to let be “Good enough” and had to turn into something great. 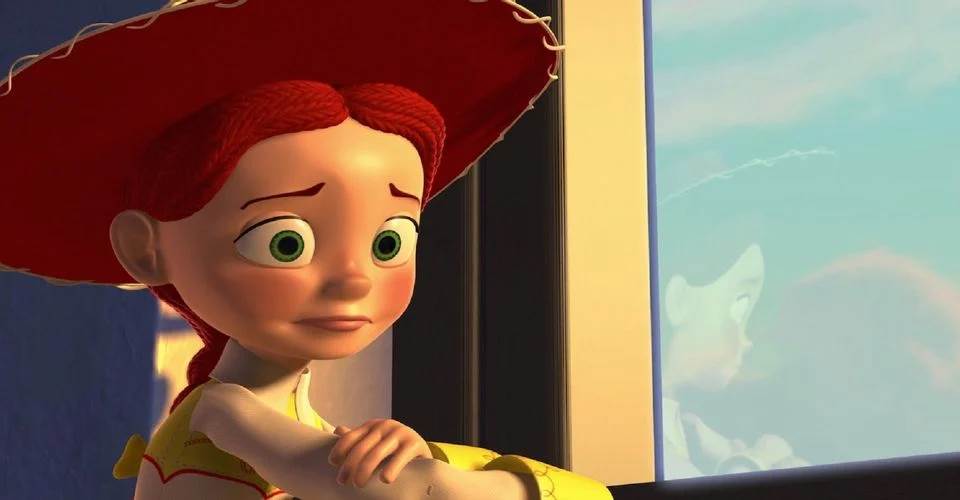 One scene that didn’t make the cut that Hsiao would have loved to see though was an opening scene with Rex in a Godzilla parody that ultimately was scrapped and eventually became the Buzz Lightyear video game opening (with Rex playing the game) of Toy Story 2 that we all know and love. Asked how the writing process differs from 2D to 3D, Hsiao says “They’re exactly the same.”

Happily Ever After Hours are usually populated with Disney fans, fans of the person on the program, and lots of fans of animation who want to know about the artform. Although Hsiao is a screenwriter, she was asked more about her collaborations with the animators. Hsiao went on to explain that her role in the production didn’t really allow her to get close to a lot of the animators specifically, but more so the story artists, the artists who draw out the storyboards and populates rooms worth of wall space with drawings that showcase how the script she helped write would play out. She did add though that to get the mannerisms of Mulan in the story though, a lot of the artists joined her in multiple viewings of While You Were You Sleeping and paid particularly close attention to the mannerisms and gestures of Sandra Bullock in the film. She also added that she enjoyed being surrounded by artists, and misses coming to her office door and finding it covered in drawings and even caricatures which she said were harsh but knew came from a place of love and adoration. 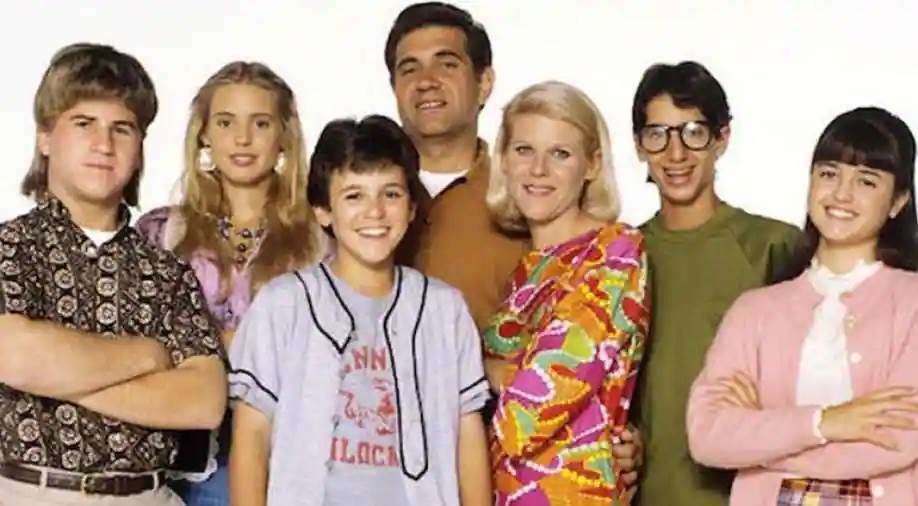 After discussing her experiences in animation the discussion sort of became a writer’s workshop, with many in the session asking for advice, or what kind of tips and tricks she learned during her career. She said she still hears three questions in her head that she learned from her first job on The Wonder Years every time she starts writing: “What is it about?” “What’s at stake?” And “Is it relatable?” Giving advice to the many who asked about getting over writer’s block, she said “just take a shower.” Though not explaining this herself, this is a real thought process that many creative types use under the impression that putting your mind elsewhere will bring inspiration. 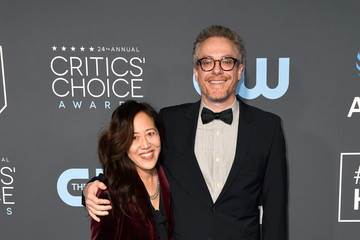 When asked if she would ever collaborate with her screenwriting husband, Paul Wernick, (Deadpool, Zombieland) she laughingly said that she couldn’t because their ways of working are so different. For example. Hsiao said she enjoys the feedback and the refinement process where her husband enjoys sticking with what she called his “vomit draft,” the rough first draft of his work where all his ideas just pour out. Interestingly, she also shared that it was actually her time working on Disney’s Dinosaur that led her to meeting her husband in the first place. It was on that animated film where she worked with Rhett Reese, who was friends and writing partners with Wernick, that they were introduced. 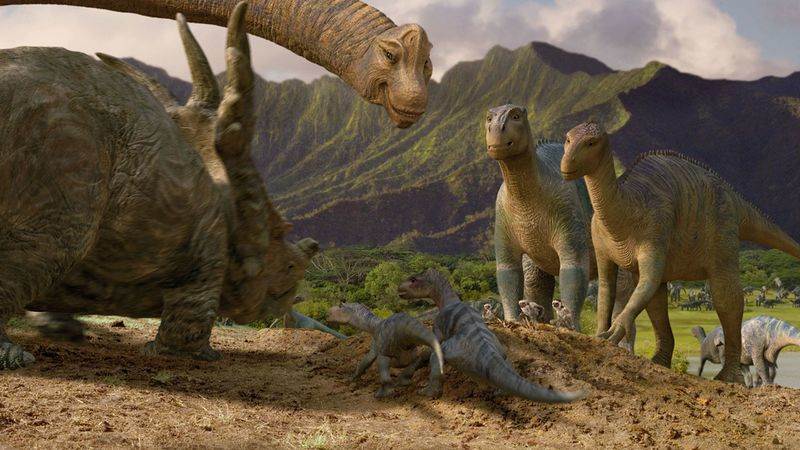