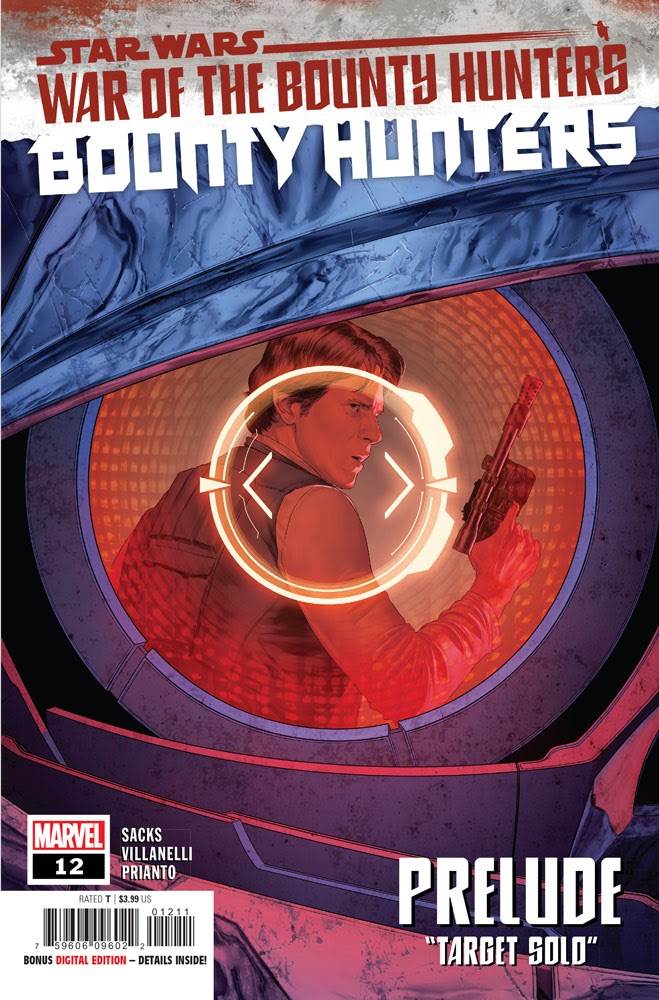 Marvel Comics’ ambitious Star Wars: War of the Bounty Hunters 30+-issue crossover event is still in its “Prelude” phase, and the already-chaotic pursuit for Boba Fett and his prize (namely the smuggler and Rebel Alliance hero Han Solo encased in that monolithic carbonite block) is starting to feel like the early scenes of the 1963 epic comedy It’s a Mad, Mad, Mad, Mad World.

Yes, it seems everyone in the galaxy– or at least most of the main characters spread out across Marvel’s current Star Wars comic books set between the events of The Empire Strikes Back and Return of the Jedi— is on the hunt for Fett, and nowhere is that more obvious than in the pages of Star Wars: Bounty Hunters by writer Ethan Sacks and illustrator Paolo Villanelli, issue #12 of which was released today. 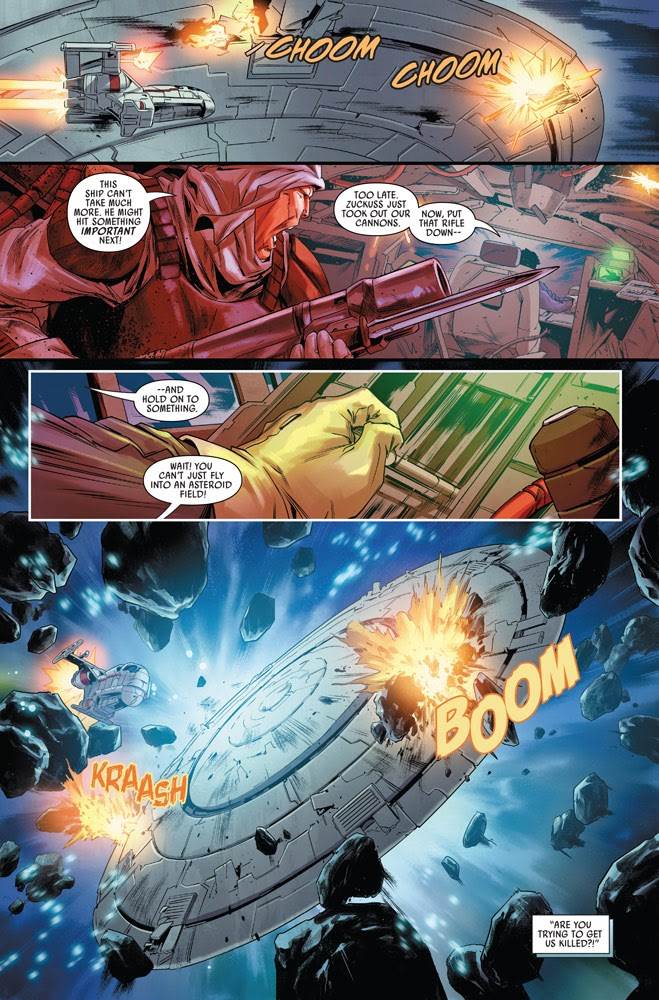 Star Wars: Bounty Hunters #12 opens with protagonist Beilert Valance hurtling through space with his unlikely traveling companion Dengar, the two of them having made an uneasy alliance thanks to their mutual desire to track down Boba Fett. Early on in the issue, they’re ambushed by fellow hunters 4-LOM and Zuckuss, who had given Valance a head start to escape after their previous encounter. During the ensuing scuffle between these four competitors across two ships, Beilert flashes back to another encounter he had with Han Solo– some time after the Corellian scoundrel had saved his life in the Imperial Academy. It seems Valance had once been enlisted by a merciless gang called the Caviness Thorn Crew to assassinate Solo on the planet Abregado-Rae. At this point Beilert feels he owes a debt to Solo, so he intentionally botches the hit and instead turns against the gang, but Han misinterprets the violent incident and flees with Chewbacca, thinking Valance had betrayed him anyway. 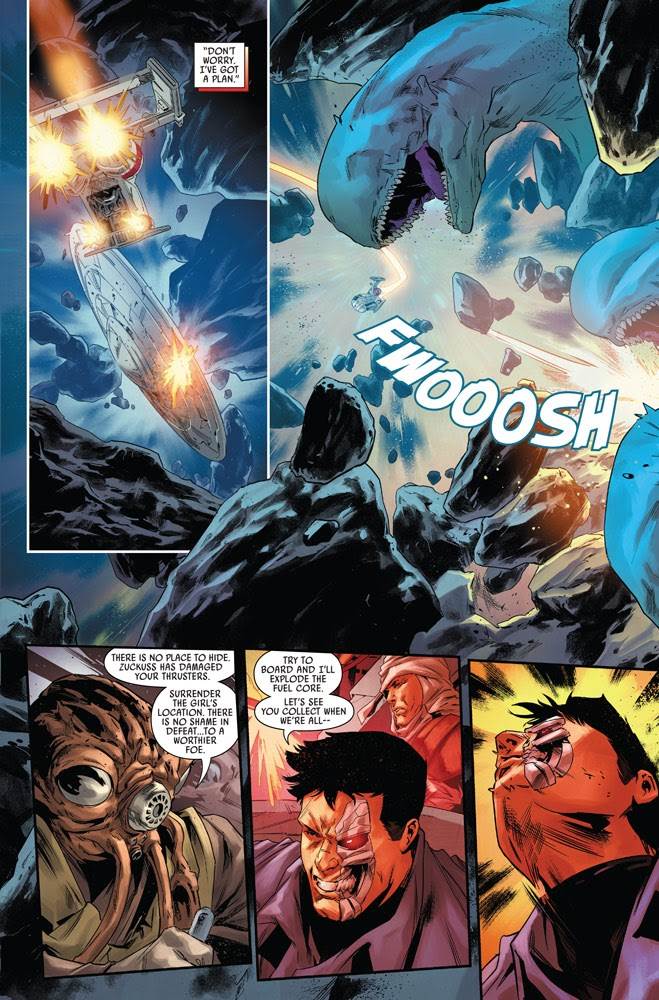 In the “present,” we see Dengar make a deal with Zuckuss and 4-LOM after knocking Valance unconscious, trading information on Fett’s whereabouts in exchange for their lives. This is all in an effort to set up the next chapter of War of the Bounty Hunters, in which all of these interested parties are likely to converge on the same location as they search for their prey. This issue has a lot going on despite not moving the plot forward a tremendous amount, and that’s largely due to the amount of time spent in the flashback, but it’s all entertaining enough for that not to matter too much. Sacks and Villainelli are still in the groove they rediscovered over the past few issues, and it’s fun to see all these different characters bouncing off each other now that so many of them share a common goal. There are some striking images here intermixed with memorable moments like Valance leading his enemies through an Exogorth-infested asteroid field and the full-page panel where he watches from below as the Millennium Falcon flies away, regretful of the misunderstanding between Solo and himself. The final page teases the return of Bossk, Bib Fortuna, T’onga and Losha in a promise that we’ll soon be seeing a lot more conflict between these combative colleagues as Star Wars: War of the Bounty Hunters continues through the summer.