Everyone has their favorite Marvel characters. Captain America, Iron Man, Spider-Man, Thor, the Hulk and many others often get to keep the spotlight to themselves. But there are so many other great characters in the Marvel universe who deserve just as much attention.

One of those characters is finally getting a chance to shine in “Reptil #1.” A truly unique young hero with the power to turn himself into a dinosaur is a character who can really capture a reader’s imagination. That’s exactly what this new series looks to do. Humberto Lopez may not be the most well-known Marvel character, but he certainly has some history. He has been recruited for the 50 State Initiative, led a team at Avengers Academy and dealt with the fallout of Kamala’s Law. Luckily, a nice big splash page explains all of that history for us in this issue.

His history is not without tragedy though as Lopez’s parents have been missing for some time and are presumed dead by the rest of his family. He now lives with his grandfather, who is also in poor health, and reconnects with his aunts and cousins in this first issue.

For a young boy to have gone through and still be going through so much is more than enough to handle, but of course there’s the superhero side of his life as well. As is so often the case in the Marvel universe, with superpowers comes super enemies, and it doesn’t take long for one of them to find Humberto. 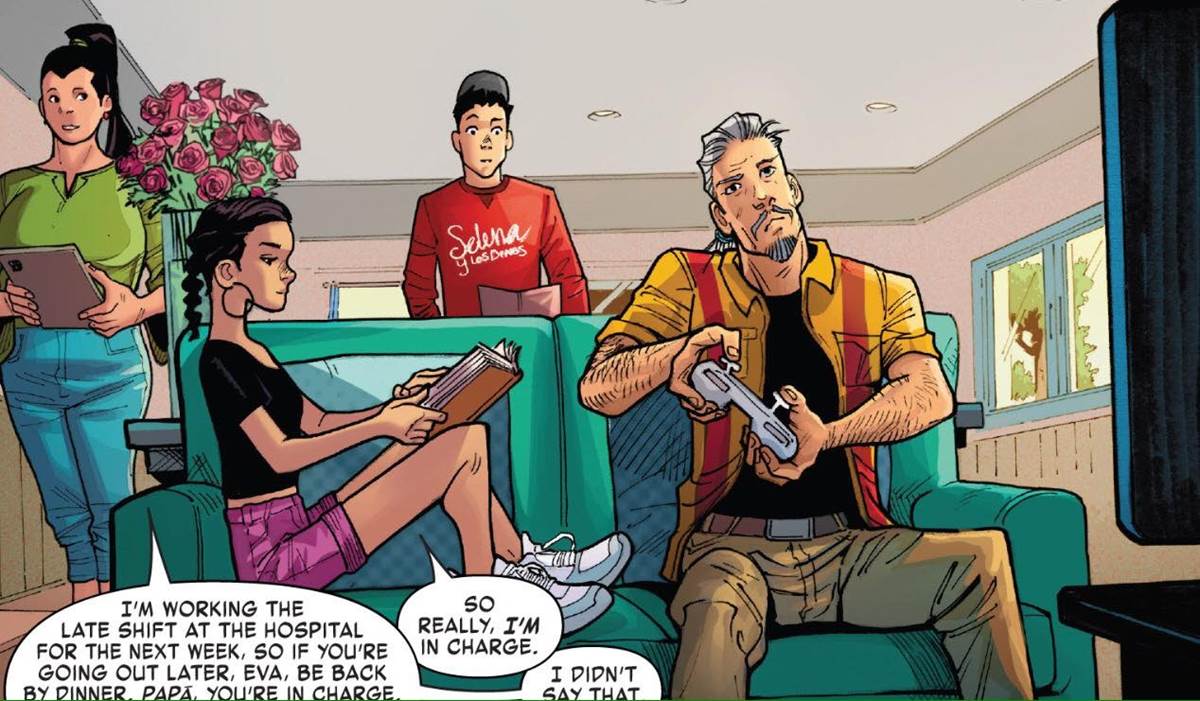 On the surface, Reptil is a unique character with a truly bizarre powerset that sets him apart from any other character we’ve seen before. Beyond that though, his story is not so different from many other characters. Humberto is a young hero learning to deal with his powers while also balancing his human life and dealing with family tragedy.

On that front, this first issue is not so different from many others we’ve read before. However, it is nice to get some different perspective with Humberto and his family being of Mexican descent. This series appears to be fully willing to let his culture shine through and it is refreshing to see. Readers who come into this first issue looking for a ton of dino-action will almost certainly be disappointed. This is very much an establishing issue, with several pages dedicated to that aforementioned life story of Humberto Lopez and setting up his new living situation. We do eventually get some superhero fun, but it’s more of a set up for future issues than anything else.

That being said, it is definitely setting up a story with some great potential. Humberto is not quite willing to give up on his parents just yet, and he might just have a very good reason for that. We’ll just have to wait and see how his dino powers will come into play as he travels down that road. You can check out “Reptil #1” now. For more on this week’s comics, check out today’s episode of Marvel Time: