This week’s new episode of Overheard at National Geographic is titled “How Cicadas Become Flying Saltshakers of Death.” If you follow a lot of National Geographic content, you’re probably already familiar with the concept of zombie parasites and fungus. With cicada season upon us, Host Peter Gwin meets with several guests to talk about the arrival of Brood X and what this type of fungi could mean for our future. 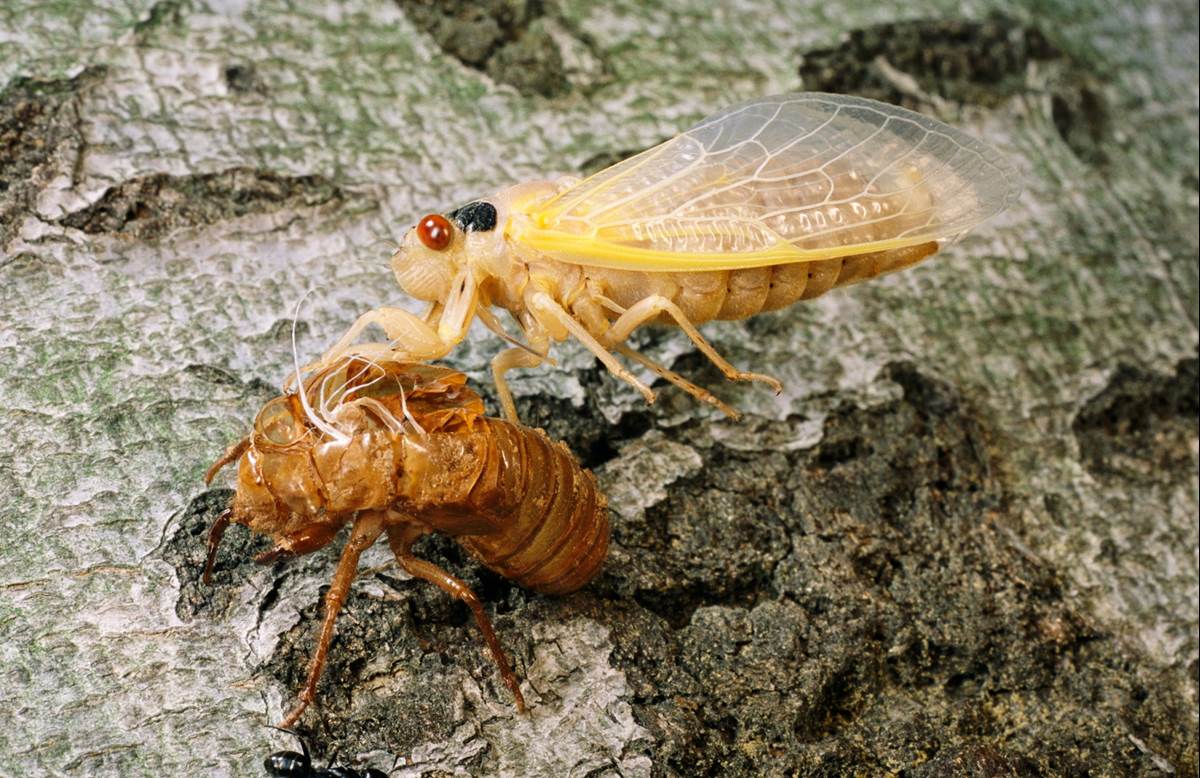 Brood X (roman numeral 10, not the letter) is a colony of North American periodical cicadas, which live underground, sustained by drinking off tree roots until it’s time to mate, which happens every 17 years like clockwork. Brood X is estimated to be in the trillions, all of them emerging at once when the soil temperature reaches 64 degrees. The males will make a lot of noise by flexing their tymbal to attract a female and then, the 17 year cycle will repeat.

A special type of fungus was brought to the attention of National Geographic Explorer Matt Kasson by a couple of his students at West Virginia University. The fungus eats the cicada starting with the back end, giving a visual indicator that they are infected by making it look like a white pencil eraser is on their rear. But rather than becoming tired as they lose their back half to the fungus, they become highly energetic, flying around like zombies and sprinkling spores all over the place, becoming what Matt refers to as “Flying salt shakers of death.”

The fungus has a name, Massospora cicadina, and the reason the cicadas become so active after they become a host is because it contains cathinone, a type of amphetamine (aka speed). A different type of Massospora fungus infects cicadas in western North America, which result in psilocybin instead of cathinone, a hallucinogenic compound also found in “Magic mushrooms.” The amount of both chemicals is tiny per cicada and the Drug Enforcement Administration is not concerned about them being harvested by humans.

So what does this mean for humans? This type of fungus is exclusive to cicadas, but Matt Kasson believes that research could lead to the next major pharmaceutical breakthrough. After all, penicillin and statins were both discovered in fungi, leading to medical discoveries.

There’s nothing for humans to worry about with cicadas, be they zombie or otherwise. They don’t bite or sting, they’re not typically garden pests, and their large presence feeds many bug-eating animals, allowing more popular insects like butterflies to thrive. And when the mating season is over and the adult cicadas perish, they become natural fertilizer for the soil.