Pete’s Dragon, Lilo & Stitch, and even Beauty and the Beast are all stories about misunderstood people bonding with a creature that most would fear. In The Last of the Chupacabras, a similar phenomenon occurs. Directed by Jessica Mendez Siqueiros, this Disney Launchpad short film finds a lonely woman bonding with a mythical creature. 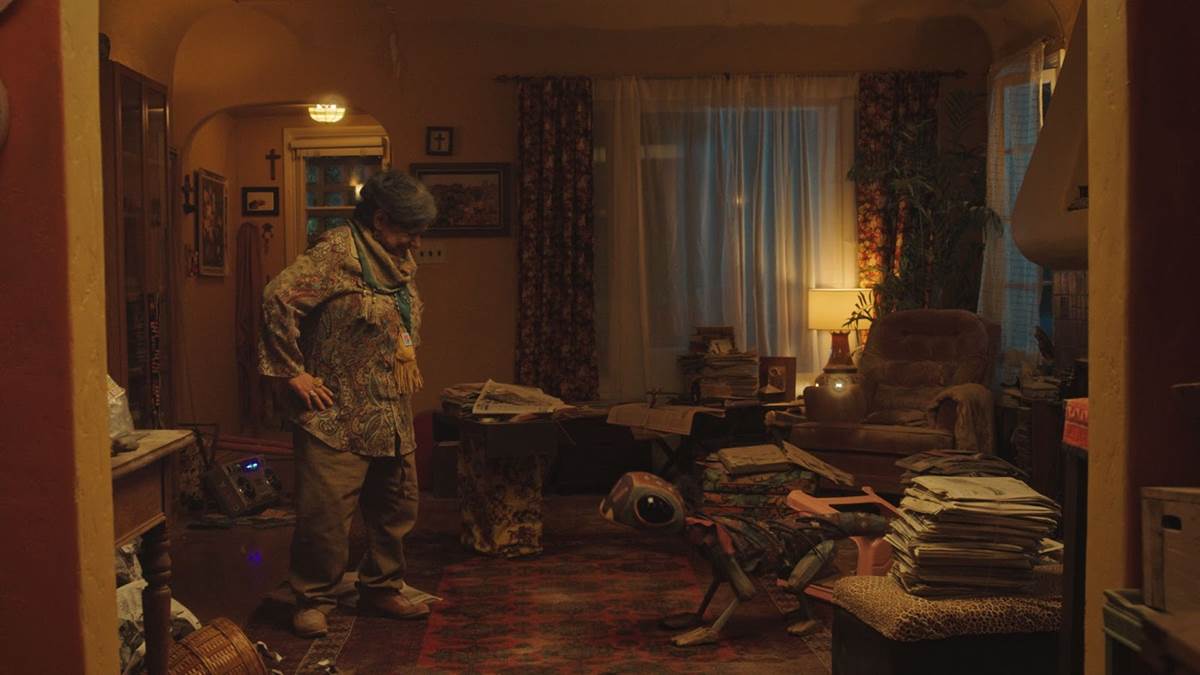 Chepa is a Mexican-American woman in Los Angeles who sells hot tamales from a push cart every day. That wouldn’t be so incredible if it weren’t for the fact that she’s the last of her kind in the city, now a frequent sight on a city tour where she pauses for photos and shocks everyone when she says “Buenos dias.” Retiring alone each night to her home, she summons a magical creature from her heritage who brings a little light into her world.

Melba Martinez gives a delightful performance as Chepa, who often needs to convey a lot to the audience without having anyone to talk to. The film really celebrates Mexican culture and heritage, with the character opening a box of puppets before summoning “Chup,” as she calls the creature, who is a large-scale puppet. Primarily using practical effects, there’s a handmade quality to The Last of the Chupacabras that makes it feel like it could’ve been made thirty years ago, like an instant classic.

The most “Disney” of the Disney Launchpad short films, The Last of the Chupacabras stands out among the rest as being the most accessible for an all ages audience. Even though the puppetry at work is different, there’s a Muppet-esque quality to the piece that fans of The Muppet Show are sure to love. If you’re looking at the selection of shorts and are unsure where to start, I recommend this as an entry point to the series.

The Last of the Chupacabras is now streaming on Disney+, part of Disney Launchpad.