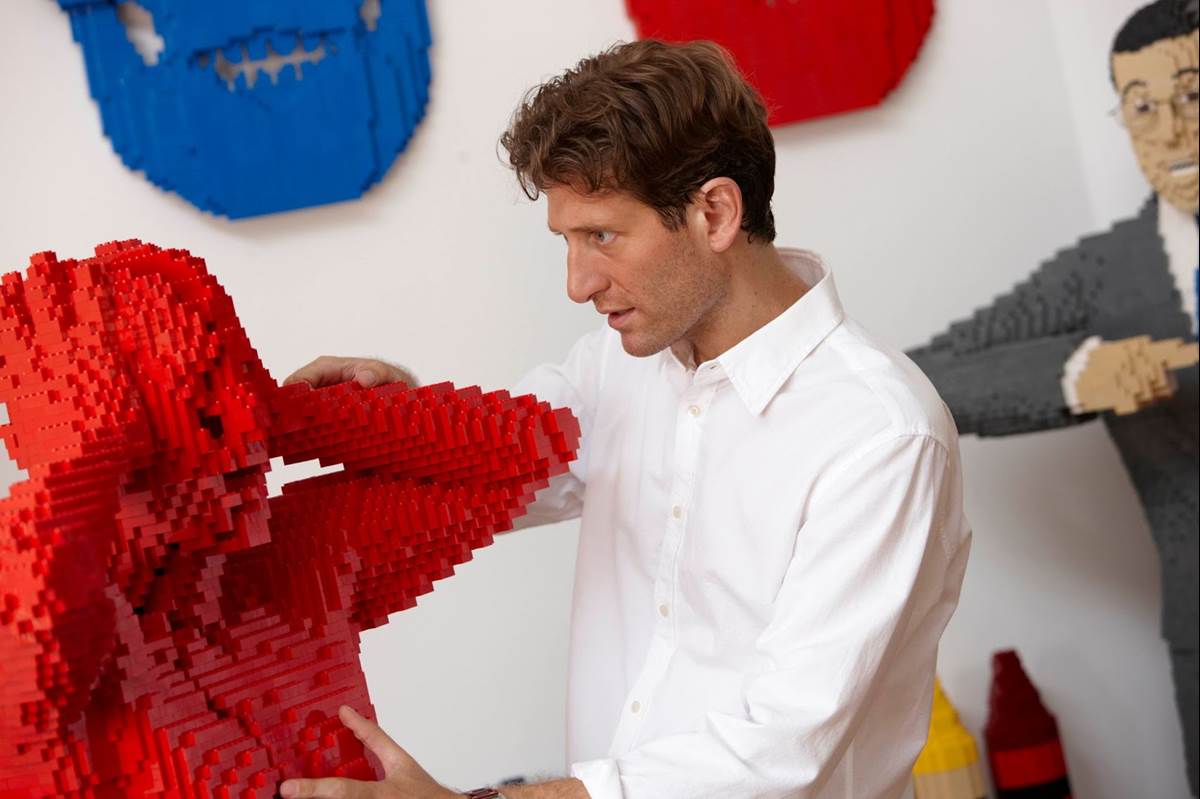 In 2004, Nathan Sawaya left his job as an attorney to become a full-time LEGO artist. While he has occasionally worked for the LEGO toy company, his most well-known work has been on his own– creating jaw-dropping sculptures completely out of LEGO bricks that have been on display at museums and other venues around the world.

In addition to his art, Nathan Sawaya also serves as a consulting producer on the hit FOX reality competition series LEGO Masters, for which he helps design and build the challenges faced by the show’s talented contestants in each episode. This week I had the wonderful opportunity to speak with Mr. Sawaya about his career in LEGO art and his work on LEGO Masters ahead of the popular show’s second season premiere on FOX. 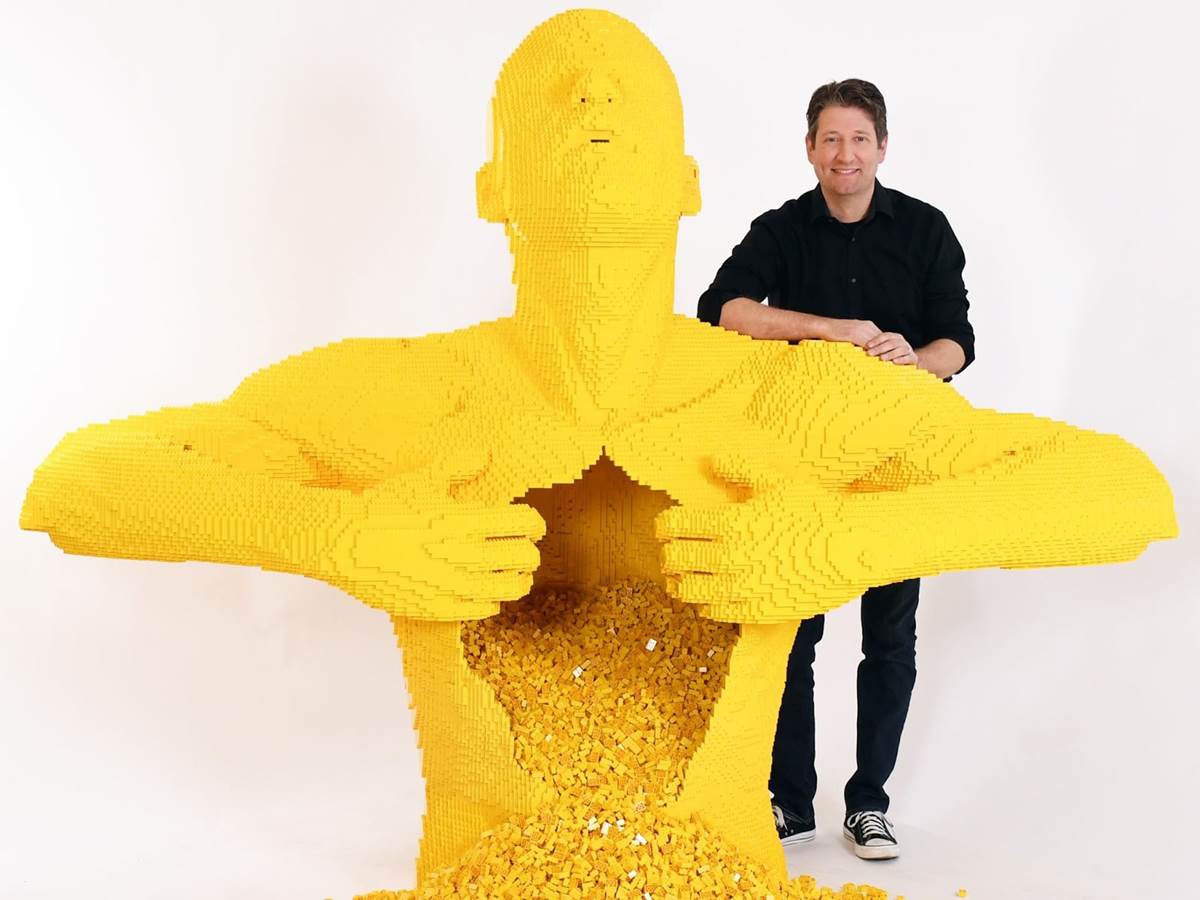 Mike Celestino, Laughing Place:  Can you tell me a little about your history as a LEGO fan before 2004, and how did you make that leap to deciding that this was something you wanted to pursue full-time?

Nathan Sawaya:  I had LEGO bricks as a kid. I had them growing up. It was something for me that was kind of a respite after school. I had this LEGO city I could go and build, and have my little adventures within. So I was a fan growing up, and then later in life I would come back to it. I had pursued some thoughts of becoming an artist, and didn’t really have faith in my art coming out of college. So what does any young, budding artist do? They go to law school, of course! And I practiced law for a few years, but I would come home at night and I would need that creative outlet. Sometimes it was painting or drawing or writing, but sometimes it was sculpting. And I sculpted out of traditional material like clay and wire, and one day I thought, ‘Well, what about this toy from my childhood? Could I use that to create large-scale sculptures?’ I just started experimenting with it, and eventually left the law firm behind to pursue a full-time career playing with toys.

LP:  I first became aware of your work in a documentary called A LEGO Brickumentary, but you’ve also appeared on a number of talk shows through the years as a LEGO artist. What have those experiences been like for you, getting your art out there via such high-profile venues?

Sawaya:  It’s been surreal, to be honest. Who would have thought LEGO bricks or this type of art [would have] taken me so many places? I’ve met so many high-profile people from around the world, and just getting to travel the globe– I never have ever dreamt that LEGO art would take me to so many places. It just speaks to the appeal of the brand. It’s a global brand, it is the most popular toy globally, and I am just lucky that it worked out the way it did. LP:  Let’s talk about LEGO Masters. What was the process that you went through to become a consulting producer on the show? Were you involved in the overseas versions first?

Sawaya:  Yeah, I had been involved with the initial version of it in the UK. I had been involved even pre-episode one when we were just auditioning. We taped some footage of the auditions, and testing people, and seeing how it would be. That worked out very well, and from there I was asked to be a part of the US version.

LP:  As a consulting producer, what is your role on the series exactly? How are you involved with coming up with the challenges for the series?

Sawaya:  Well, the challenges are really devised by an entire team of people. A lot of different folks have input on that. My role has been more focused on the physical logistics of building the LEGO for the challenges. That means that if there’s something that’s needed ahead of time for the contestants to build upon, I’m going to figure that out and build that here in my studio and ship it to set. That also means consulting when it comes to the timing, like ‘What’s it going to take for two people to build X or Y?’ I consult on guessing and giving strong estimates on what it should take to build something impressive. LP:  The season premiere of season two involves a challenge called ‘The LEGO Day Parade.’ Tell me about that episode in particular, and how you think this challenge helps to showcase each team’s abilities.

Sawaya:  That was a fun challenge. From my perspective, it was a tough challenge to put together. Episode one is always going to be the toughest one, because we’re also responsible for building out the set pieces– the signage, anything else that’s needed around set, even that massive sign that says ‘LEGO Day Parade’ is built all out of LEGO. So there was a lot going into that, and if you saw that episode you know there [were] many, many buildings that had to be constructed in a short amount of time as well. When it comes to the challenge itself, I think it’s a great opportunity for the builders to take on a challenge where they can just put all their creativity into it immediately and showcase what they have without a ton of pressure, because it is the first episode. The scale was pretty much set for them of what they needed to build, parameter-wise. So I think it was a good challenge.

LP:  What other challenges can we expect to see coming up in season two? Does anything stick out to you that you’re able to share?

Sawaya:  Season two has a lot of great challenges. They’re all bigger. That was really the theme– bigger than last year, bigger than season one, and I think that came through with a lot of the challenges. I don’t want to give away any spoilers or anything, but one of the things that my team and I did was we built the largest thing that we’ve ever built for LEGO Masters, measuring eighteen feet by eleven feet. This thing’s huge. And when I say ‘my team,’ it’s only one other person. It’s Brandon Griffith. There’s just two of us doing the building this season, because of COVID protocols. It wasn’t like I could build out a big team to build stuff, even when we were under tight demand. It was a lot of pressure to get things done… a lot of late nights this season. 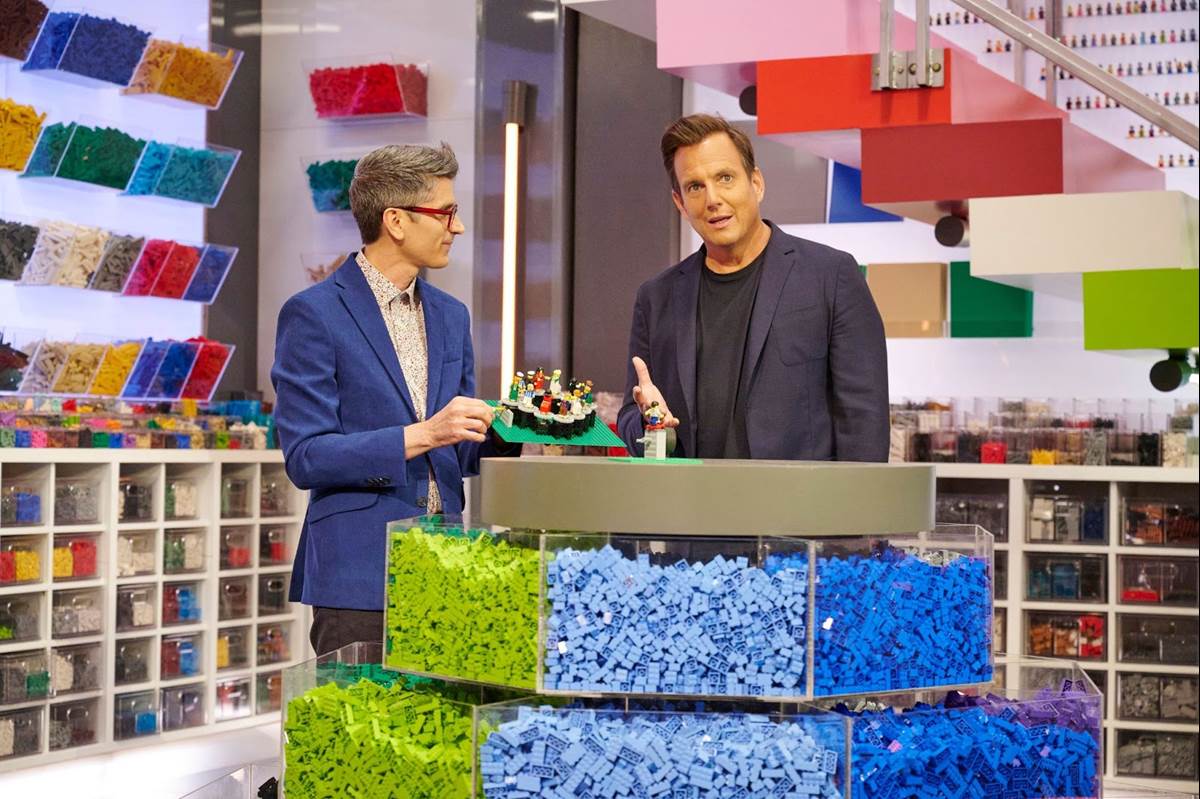 LP:  I saw the ‘Georgia’ logo at the end of this first episode. Had the first season of the American version shot there as well, or was that a change for this year?

Sawaya:  [The first season] was in L.A., which made it a very different experience, because it was ten minutes from my studio. If someone needed something, I could just build it right here and run it right over. [For season two] all the building I did for the show happened in my studio in Los Angeles, where the set was in Atlanta. Everything was shipped from my studio to Atlanta, so I never saw the tapings. I was always here in L.A. working. If they had an idea at the last second, I [had to] build it, throw it in a FedEx box, and ship it across the country. So it was a different challenge for sure this time.

LP:  I interviewed judge Amy Corbett for the show last year, and I’m curious about your working relationship with her and the other judge Jamie Bernard, not to mention host Will Arnett. Do you get to interact with them much in working on the show?

Sawaya:  With season one, for sure, because I was on set. Again, it was ten minutes away. But this season I wasn’t on set at all, so I never saw them. Now, I’ve known judge Jamie since… it’s been over twenty years. Just through the LEGO community, we’ve known each other, so we’re friends from way back. But I have very little contact with them in-season. They’re working and they’re doing their thing. Amy and Jamie are very good about not giving anything away, even to me. So I really am going to be watching along with the rest of us to see how the season goes. 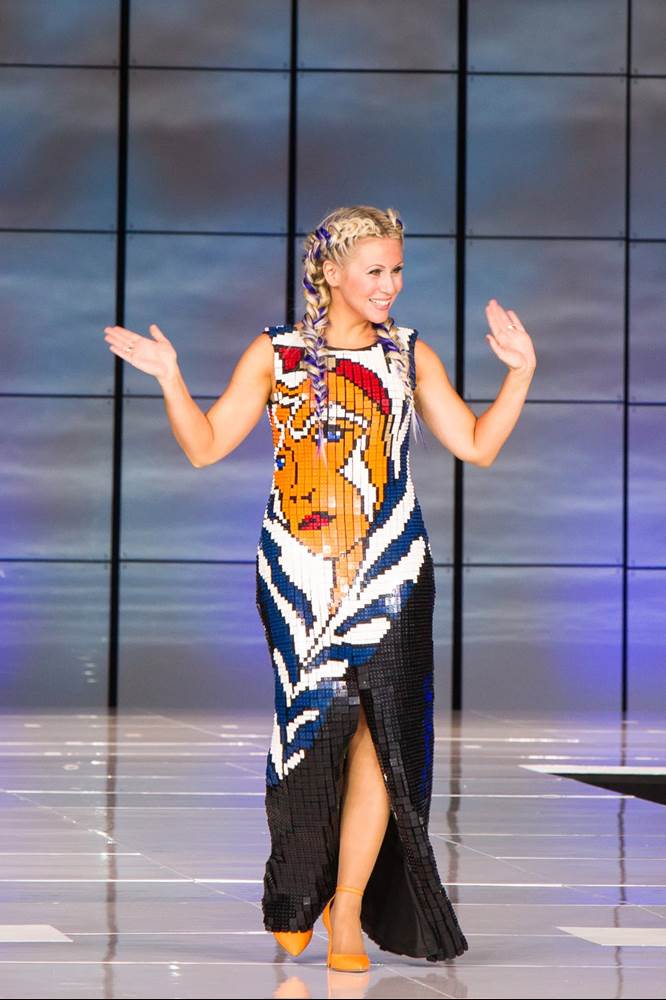 LP:  Before we wrap up I want to ask you about Star Wars, because not only has LEGO Masters done a Star Wars episode, but I know you’ve also created some Star Wars LEGO builds of your own. What has your relationship been like with that franchise, both personally and professionally?

Sawaya:  Personally it’s been great, and professionally it’s been great too. Star Wars is such a phenomenon that I’ve always enjoyed since I was very young, and I’ve been so lucky to be involved with it. Even in some random ways, like Ashley Eckstein reaching out to have me build her an Ahsoka Tano dress out of LEGO. Who would have thought? Working on projects like that, having Dave Filoni actually doing a sketch of Ahsoka for the dress was amazing. It’s just been fantastic. Getting to experiment with LEGO and Star Wars has always been fun; they fit together so well. I love doing sculptures like that… I did a life-size Goofy frozen in carbonite. Things like that I just have a blast doing.

LP:  Lastly, ‘The Art of the Brick’ exhibit is running at the California ScienCenter. What can you tell me about that, and are there any specific pieces featured in that exhibit that you’d like to highlight?

Sawaya:  I’m very excited that that exhibit has started. It started last year, and then of course museums were shut down for about an entire year. So now that it’s back open, I’m very excited for the public to see that exhibition. It has over 120 works, all created by me, all out of LEGO. So a lot to see. I will say this– some of the animal sculptures in that exhibition might make an appearance in LEGO Masters. If you look close enough, you may see them.

LEGO Masters season two premieres Tuesday, June 1 on FOX and “The Art of the Brick” is currently open at the California ScienCenter in Los Angeles.