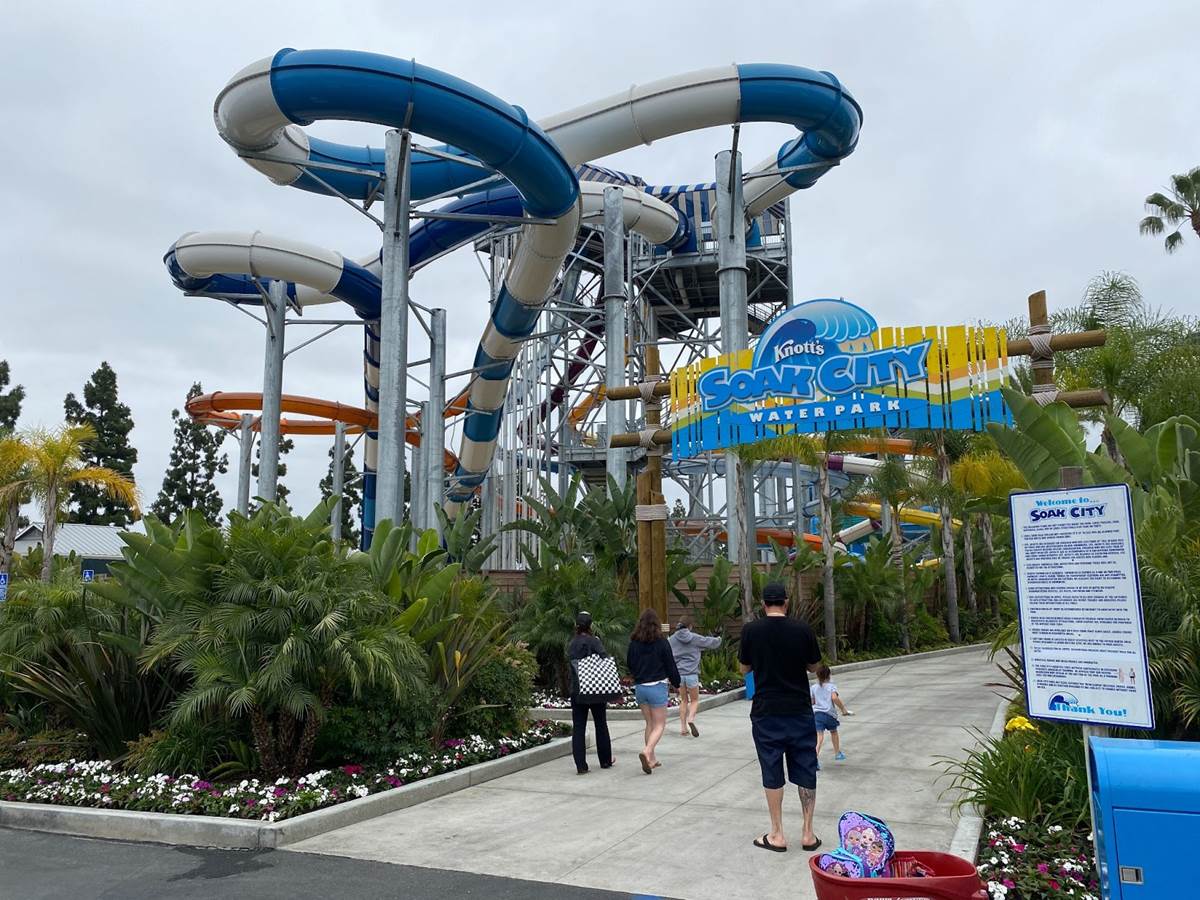 Summer is just a few weeks away, and things are starting to heat up in Southern California as Knott’s Soak City water park has officially reopened in Buena Park, just across the street from Knott’s Berry Farm.

This past Saturday didn’t feature what I would exactly call “water park weather” (it was mostly overcast until the mid-afternoon when the sun finally started to come out) but that didn’t stop me from paying a visit to Knott’s Soak City on its first regular operating day of 2021– after the previous weekend’s Passholder-only previews. Since Soak City did not open at all in 2020, this means the park is running its attractions for guests for the first time in over a year and a half.

After taking in the lay of the land, one of my first stops at Knott’s Soak City was the relaxing Sunset River, a lazy river ride that takes guests on a tour around a big chunk of the park on floating tubes. Despite the imperfect weather conditions, I made sure to appreciate being able to absorb the sights and sounds of Soak City while taking it easy and letting the current take me around a full circuit of the course. I also took advantage of Knott’s Soak City’s current limited capacity to enjoy many of the park’s waterslides multiple times. On Saturday morning, likely helped by the overcast skies, none of the slides had more than a five-to-ten minute wait, so I was able to jump on them over and over again. The crowds eventually started to file in as the afternoon went on, but by that time I had gotten a great taste of pretty much everything the park had to offer! 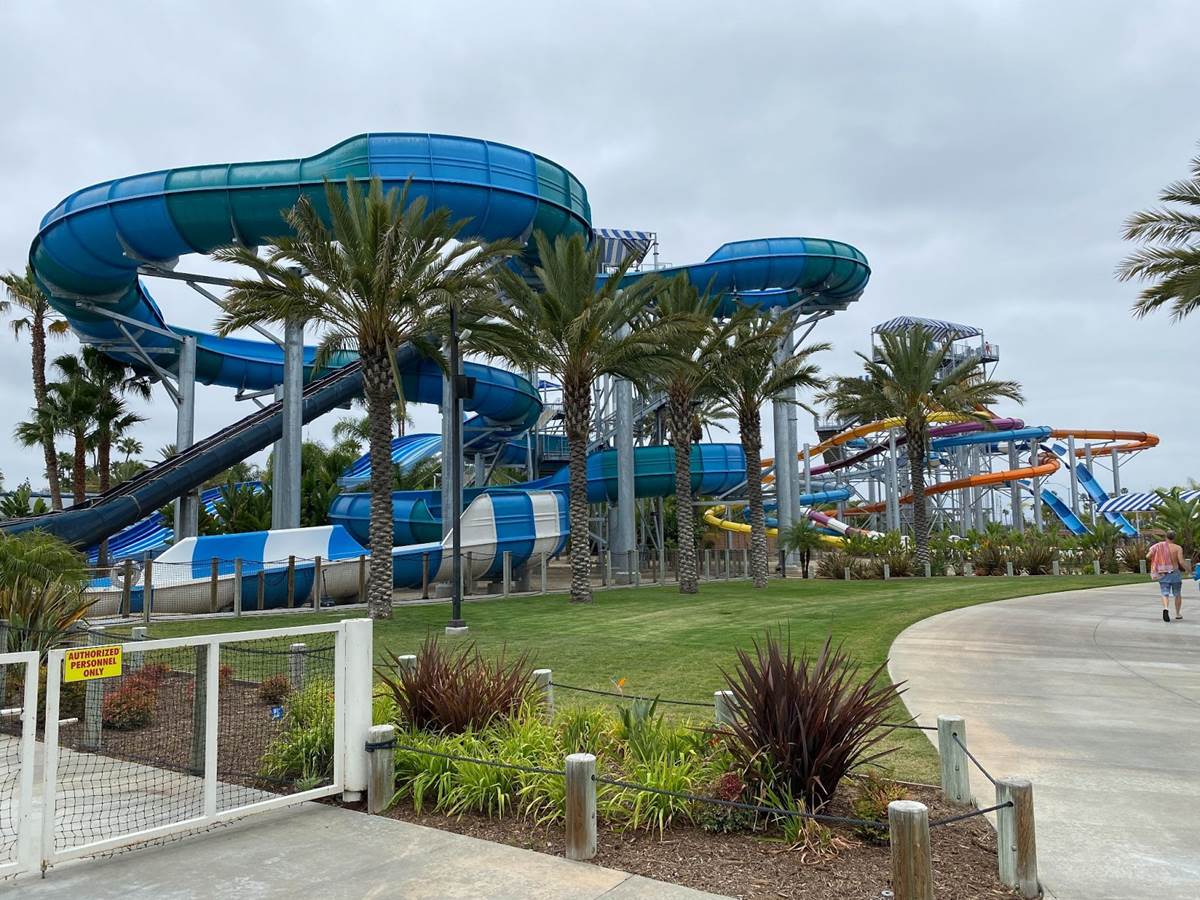 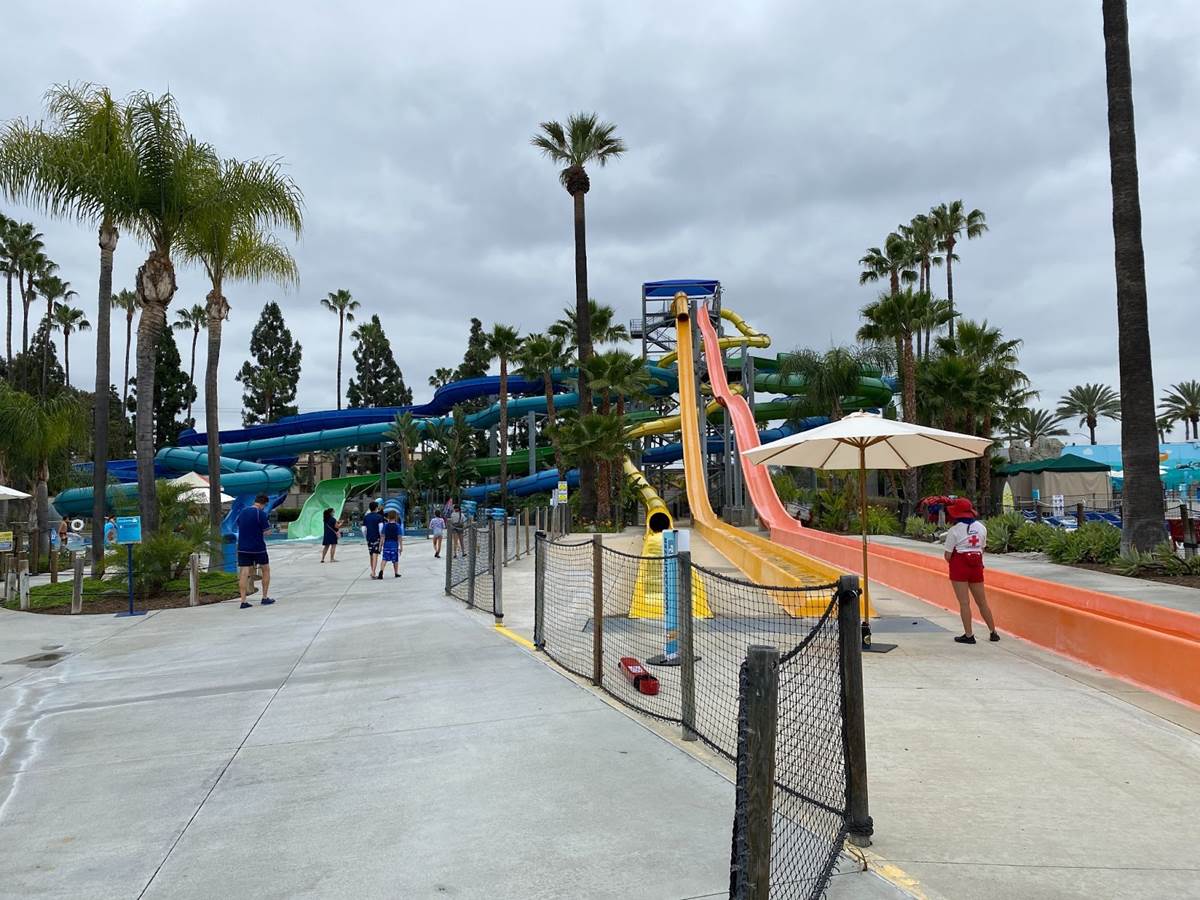 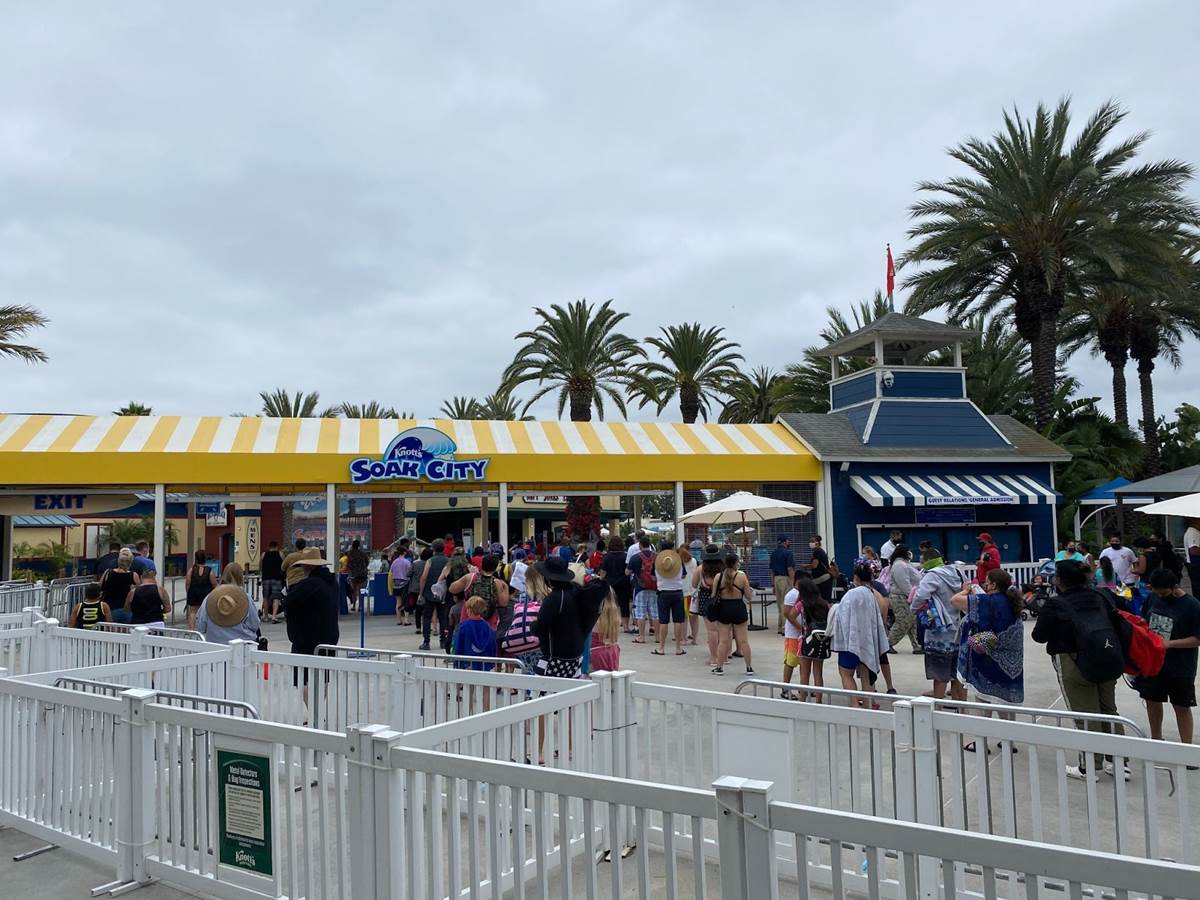 Knott’s Soak City is currently open on weekends only, but beginning June 11 it will be open daily through the summer. For more information and to purchase advance tickets be sure to visit the official Knott’s Berry Farm website.