Pixar’s Luca is now streaming on Disney+ and if you’re a big fan of Pixar, then you’ve no doubt already begun your quest for Easter Eggs. Here is a list of all the Easter Eggs we found, including the Pizza Planet Truck (or Piaggio Ape) Pixar ball, A113, and more! 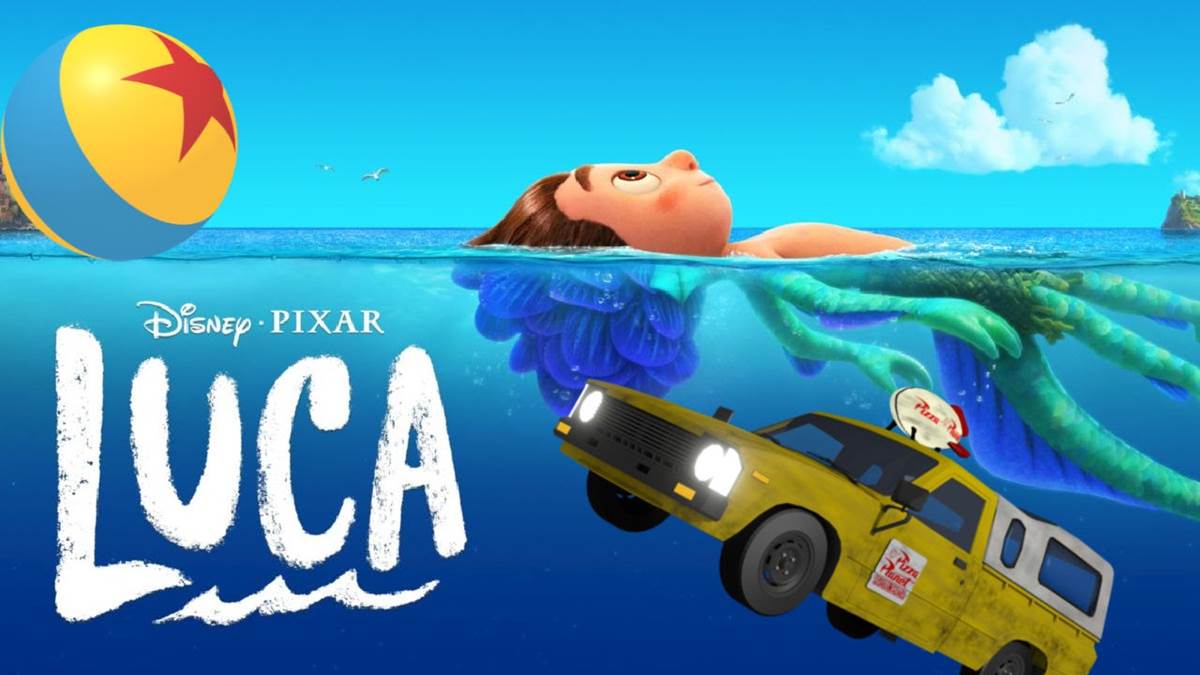 Since there are no Toyota trucks in Portorosso, Pixar had to get pretty creative this time around. Instead of a Pizza Planet Truck, you’ll find a Pizza Planet Piaggio Ape, a smaller Italian vehicle. It’s parked on a winding street during the climactic bike chase in the range towards the end of the film. Also known as the Luxo, Jr. ball, in Luca, it literally takes an eagle eyed viewer to find it. That’s because it’s stuck on a roof in Portorosso, only seen during a quick flyover when the bike race begins. 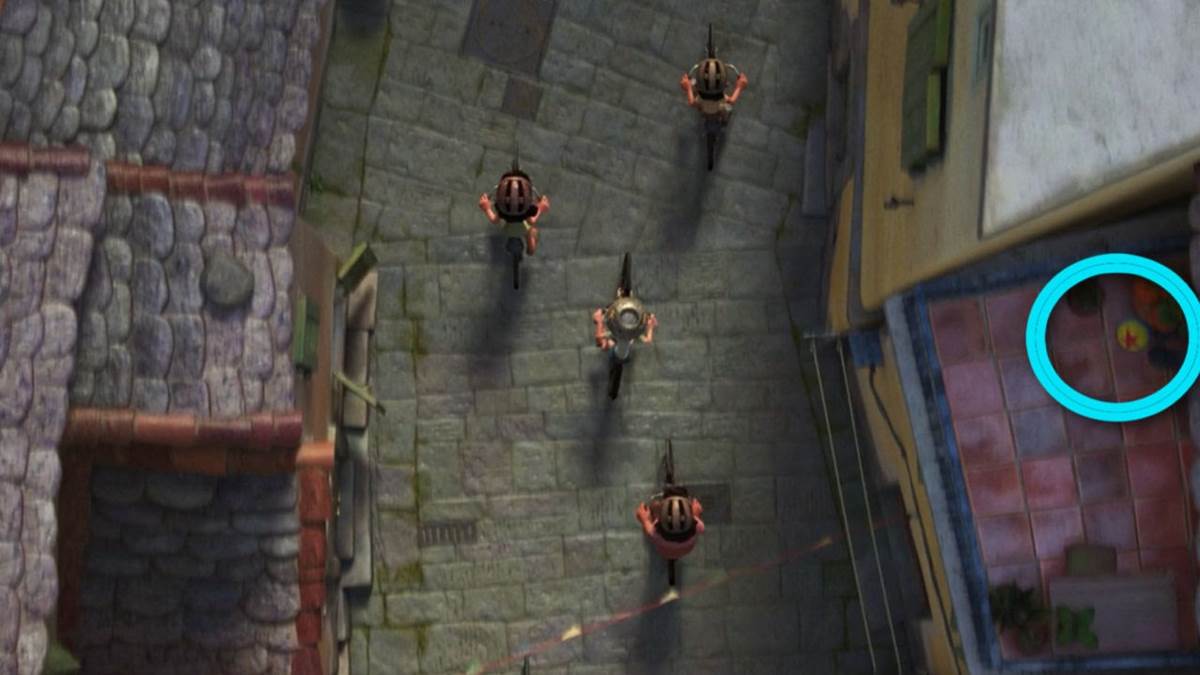 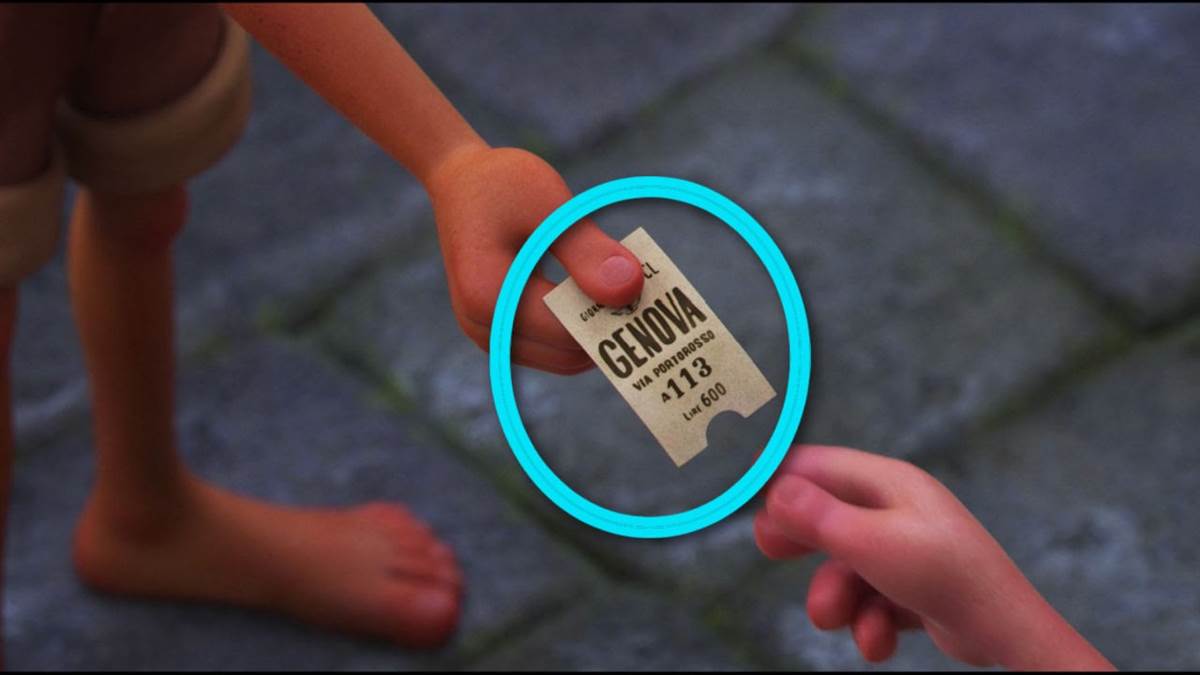 Set in the mid-century, it’s no wonder that the local movie theater in Portorosso is playing the latest Walt Disney Pictures release, 20,000 Leagues Under the Sea. When Luca participates in the swimming competition, he wears a Jules Verne-style diving suit to hide his seamonster identity, just like the suits worn in the 1954 classic. The round clouds in one of Luca and Alberto’s dream sequences sometimes line up to create Hidden Mickeys. We spotted at least two instances of them, only on screen for a second before they drift apart. 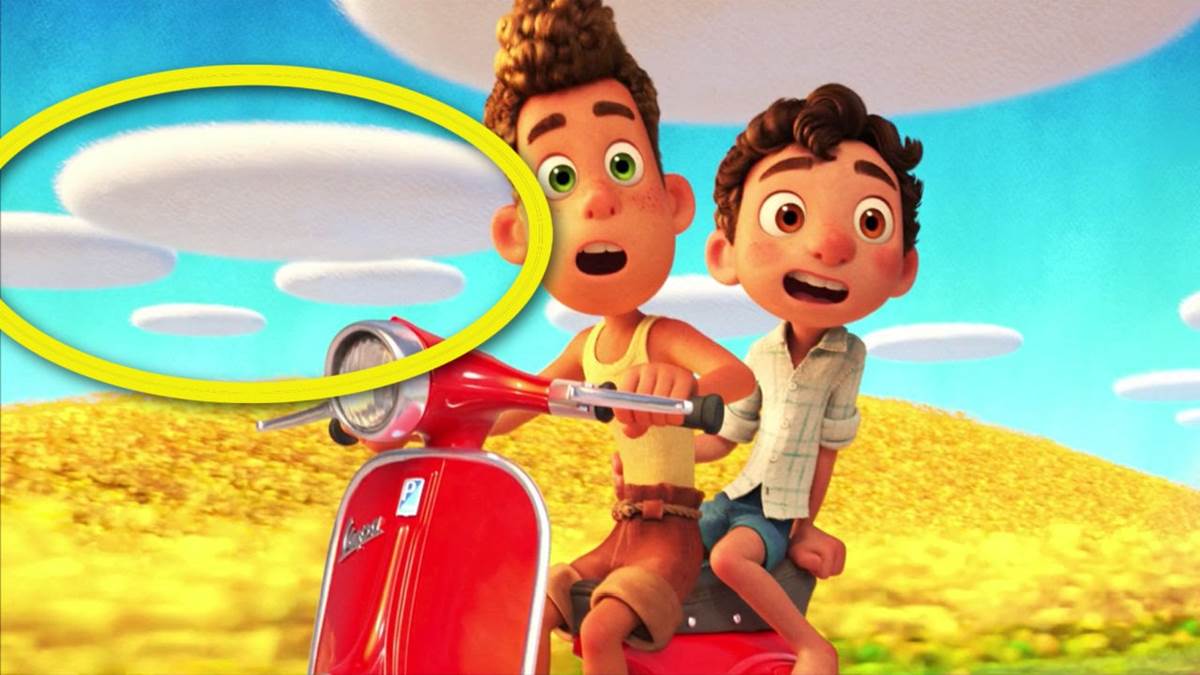 More rare than a Hidden Mickey is a Hidden Donald. In Luca, he appears in the form of a stuffed animal in Giulia’s bedroom. 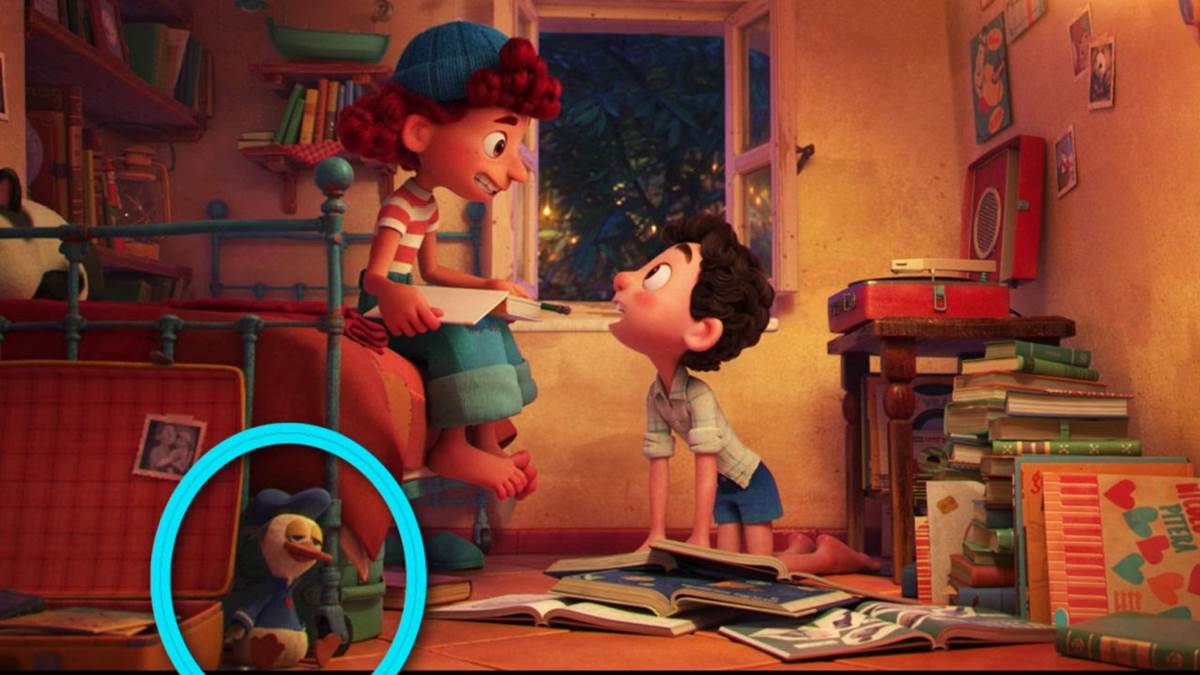 Enrico Casarosa has two cameos in the film. He’s the voice of a card player in Portorosso who says “Scopa!” He’s also the loud mouthed fisherman who introduces Luca and Alberto to the phrase “What’s wrong with you, Stupido!” As was the case with Soul, Pixar’s good luck charm is hard to hear in Luca. It’s possible that like Soul, he appears as an extra rather than as a voice. Or, Luca could officially be the first film without his voice or likeness. We will update this post if he turns up.