On June 25th, Disney+ invites viewers into the private life of Wolfgang Puck in a new documentary film, Wolfgang. Directed by David Gelb, the film takes a look at how the celebrity chef’s tough childhood gave him the drive to succeed and the culinary innovations he has made. Premiering at Tribeca Festival, the director and documentary subject joined together to answer questions and talk about the project. 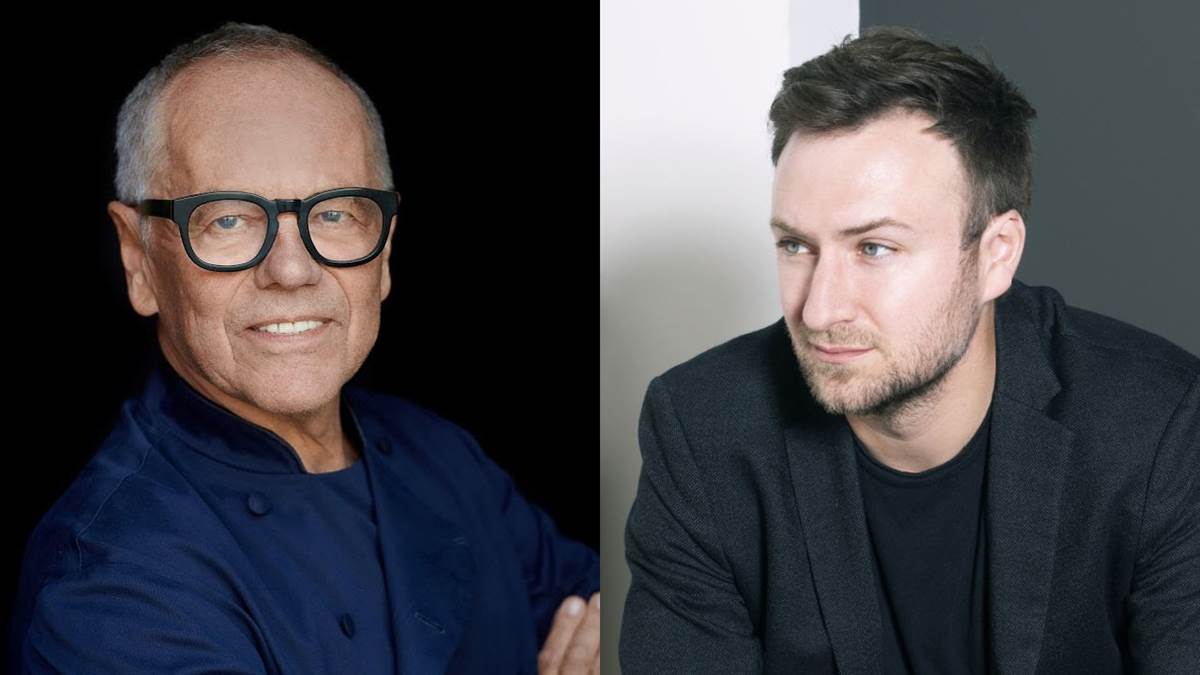 “Way before I made Jiro Dreams of Sushi, I had the opportunity to eat at Spago,” David Gelb recalled about his first time meeting Wolfgang Puck as a kid. “I was so starstruck when Wolfgang came out of the kitchen and greeted every table… He made me feel really special and it showed me how a chef can be more than just a guy in the kitchen. In many ways, Wolfgang really set the stage for my other work.” When his Netflix series Chef’s Table launched, he thought about having an episode with Wolfgang Puck, but realized it would be bigger than the series. “I thought that his story was bigger than that.”

While David Gelb fondly remembers meeting Wolfgang Puck as a child, the celebrity chef wasn’t aware of his work until about ten years ago while on vacation with his family. He and one of his sons couldn’t sleep and discovered Jiro Dreams of Sushi on TV. Wolfgang was surprised that his son was so captivated by it and even though it was the middle of the night, his son wanted to go out right away to get some sushi. Later, he discovered Chef’s Table and realized he was the right director to tell his story. “I didn’t want it to be a Hollywood movie… I wanted it to be about the craft and what we do and how we get there.”

For Wolfgang Puck, getting his story out there was important for several reasons. He shared a story about having his brother visit him in the United States and accompany him to a cookbook signing. His brother was under the impression that it was easy to become famous in America. “I wanted people to know that it wasn’t always like that and I didn’t want young people to get discouraged and give up.” One of the secrets to his success has been his determination and endurance. Wolfgang Puck hopes his story inspires kids not to give up on their dreams if they don’t succeed right away.

The film does a great job of making its audience hungry, but David Gelb confessed that filming the fast-paced scenes in the kitchen was challenging. With a goal of making the documentary as cinematic as possible, bringing Hollywood lighting and anamorphic lenses on big cameras into a cramped kitchen was tough. One of the biggest challenges was trying to stay out of the chef’s way while filming.

The film comes out as life is getting back to normal for many in the United States, which has made the restaurateur grateful. “It’s so exciting to be open again and be busy and to see how much people appreciate being at a restaurant and being served from a menu,” Puck shared. He’s not slowing down anytime soon, with two new restaurants that recently opened on Sunset Boulevard and another opening soon in Budapest. “I have to thank David because he really made it come to life,” Wolfgang added at the end. “The emotional power of it is really important and to translate that to the audience is not easy to do.”

You can stream Wolfgang starting June 25th only on Disney+.