Marvel’s Heroes Reborn series has dropped readers into a brand new Marvel Universe over the course of the last couple of months and several issues. Today, that series came to a close when Earther Mightiest Heroes remembered who they are and the way things are supposed to be.

“Heroes Return #1” was the dramatic conclusion to the ongoing series and saw the big faceoff between the Avengers of our world and the Squadron Supreme of this new, twisted world. It’s all been building up to this moment and writer Jason Aaron wasted no time getting right to the action. 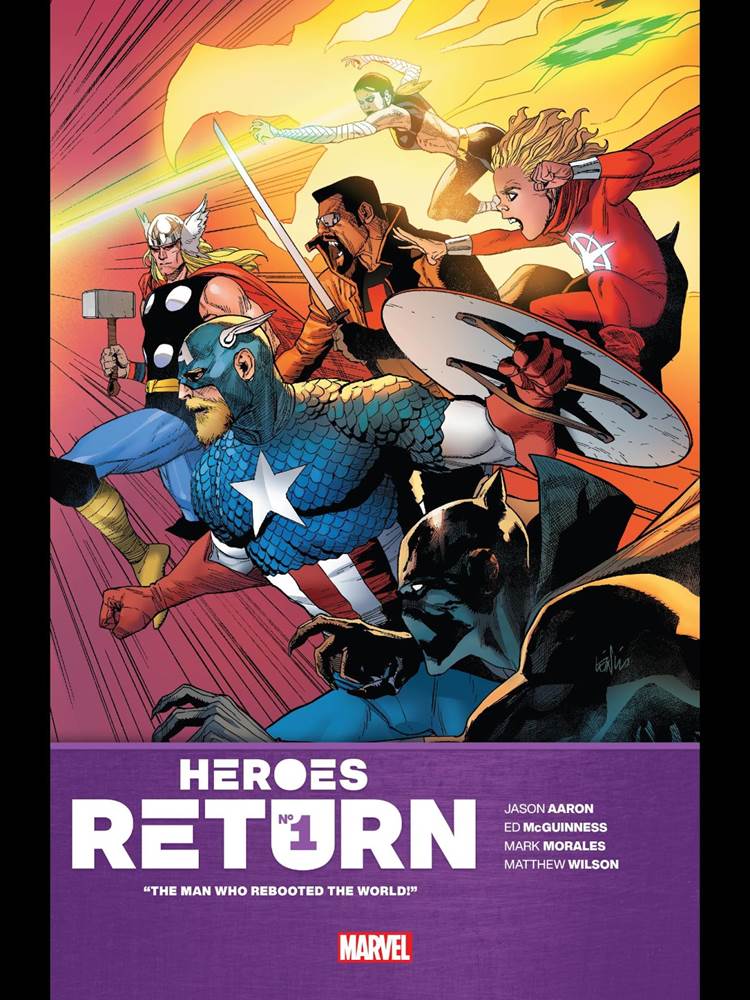 Realizing there was something wrong about the world around them, several of our favorite heroes lured the Squadron Supreme to Wakanda to face off against these false heroes. With both sides unwilling to talk peacefully, the confrontation quickly devolves into punches and energy blasts being thrown.

The groups break down into several one-on-one fights, including Thor against Hyperion and Blade against Nighthawk. Meanwhile, Captain America tracks down the evil President Coulson, who has warped this world with his Pandemonium Cube and uses it as a weapon against Cap.

With the fate of two very different worlds at stake, these two groups of heroes fight like they never have before. Of course, there’s much more than meets the eyes here. It’s not just Coulson the heroes have to worry about. There’s a much more sinister power pulling the strings and it may just have more in store for the future. 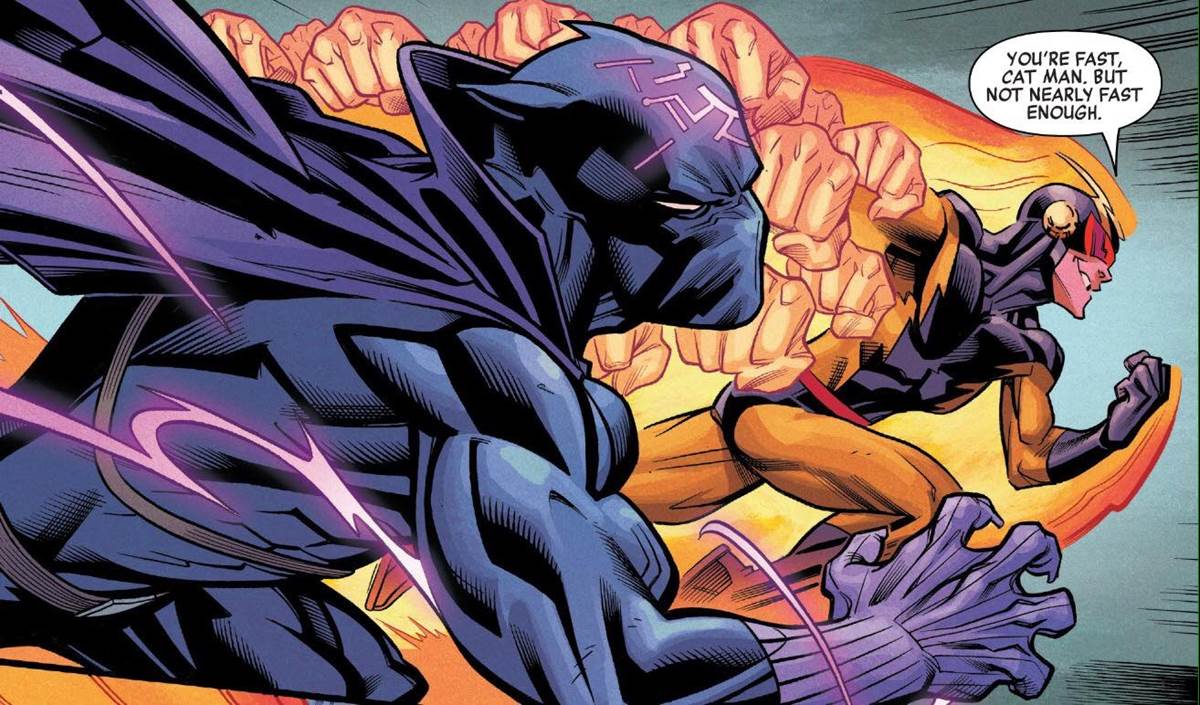 The Heroes Reborn series has been fantastic, allowing us to get to know all of these incredibly interesting new characters in so many different way. It also slowly reassembled our Avengers to bring together a force to face them. It all led up to this action-packed final issue that was loaded with epic fights from cover to cover.

Breaking this big climactic event into several one-on-one fights allowed for the reader to really get to see every character in action and get to know each one a little more as we see what they’re all fighting for. The result is one explosive page after another and a truly exciting final issue.

That being said, it all ends rather abruptly. The fights all seem to reach a boiling point and things come to a sudden stop. Explaining exactly how that happens would verge into spoiler territory, but readers may have expected a more significant finish to the battle. However, that and the slightly confusing numbering, with #1 being a finale, are the only nitpicky complaints with this issue.

Overall, it’s a very fun conclusion that allows readers to see several of their favorite characters in action in ways they’ve never seen them before. Plus, these character we’ve gotten to know over the last couple of months get pushed in ways they never have before as well. And on top of all of that, it sets up some very interesting things for the future of the Marvel Universe. 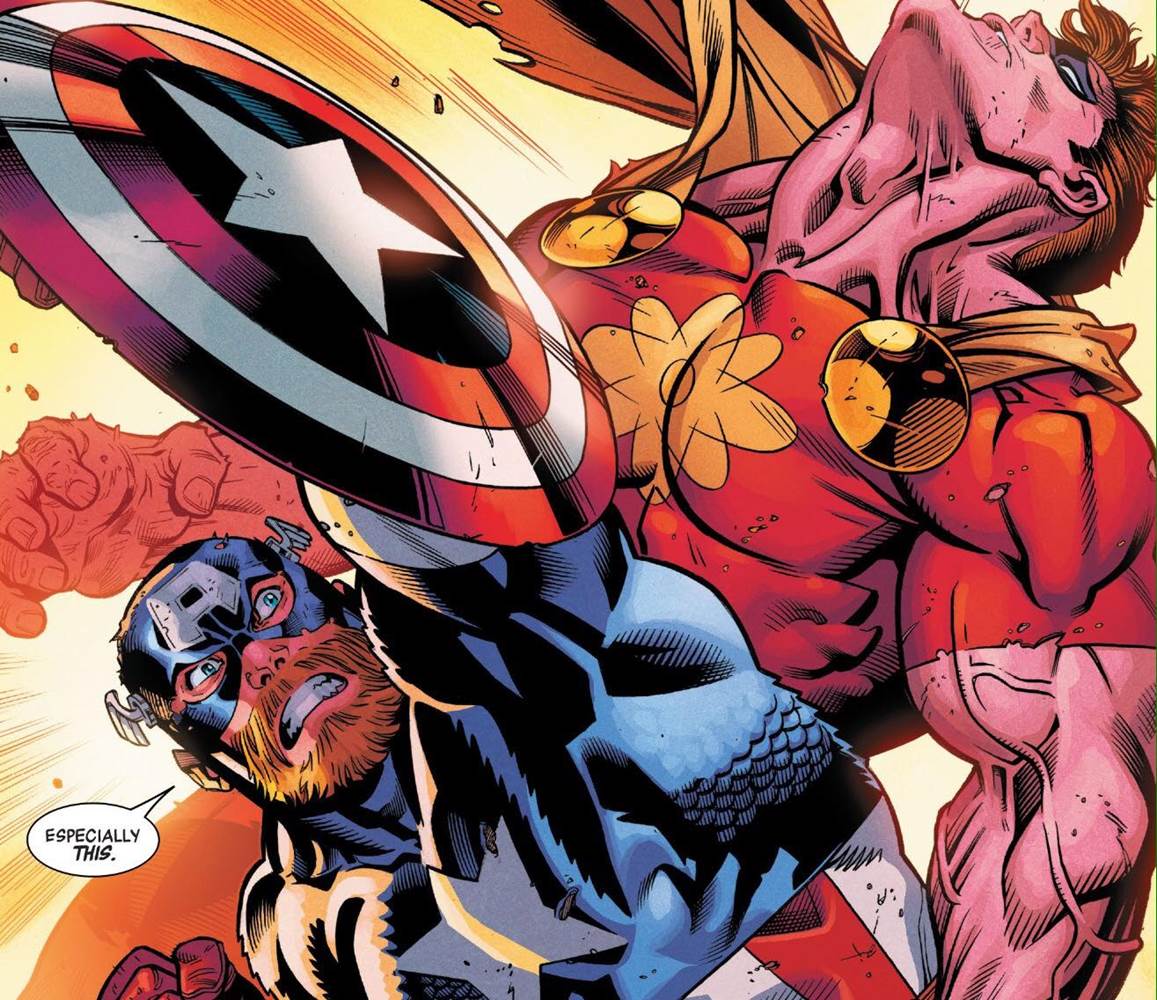 You can check out “Heroes Return #1” now. For more on this week’s comics, check out today’s episode of Marvel Time: