Preview – UFC Fight Night: Gane vs. Volkov Will Shake Up the Heavyweight Division

The UFC continues to crank out exciting events leading up to a week off over the holiday weekend. After a fantastic pay-per-view event a couple weeks ago and another great Fight Night last week, we have another great night of fights to look forward to this weekend.

Two of the top heavyweights in the world will square off with each on looking to stake their claim for a championship opportunity. Plus, two more heavyweights will look to pick up a big win and potentially crack the top 15 while two tough bantamweights will try to do the same. There is so much talent in the UFC that it’s not uncommon to see great fighters who haven’t cracked the rankings in their respective divisions. These two guys, however, are certainly knocking on the door. Barcelos is currently sitting at 16-1 and hasn’t lost a fight since 2014. And before you go asking who he’s beaten, he’s 5-0 in the UFC, with two knockouts and a submission. You don’t face weak competition in the UFC so those are all quality wins for Barcelos. With eight of his 16 wins coming by knockout, you can bet he’s going to look to strike, but he also likely won’t shy away from the ground game too much.

The story is almost the same for Valiev, who comes into this one with a 17-2 record and five knockouts. He hasn’t lost since 2016 and has stepped into the octagon twice already, earning one win with the other bout being ruled a no contest. While Valiev also knocks opponents out more frequently, he has proven that he can also make them tap out. This is an exciting bout between two very talented guys who belong in the top 15.

From a contest between two guys who are red hot, to one where both guys desperately need a win. Boser comes in with a 19-8 record and 10 knockouts, which is great. On the other hand though, he’s lost two in a row and three of his last five. His most recent bout was a very close decision loss to Ilir Latifi just a few weeks ago so he’s going to be anxious to put on a show and get a big win here.

It’s more of the same for St. Preux. The former title challenger has stepped into the octagon 13 times since losing to Jon Jones in 2016 and sports just a 6-7 record in those fights. The 38-year-old still boasts a 25-15 record with 12 knockouts and eight submissions, but he appears to be nearing the end of his career. A loss here would be devastating, and yet a win could potentially vault him back into the rankings. If he wants to make one more run, he is likely going to need to win this one. 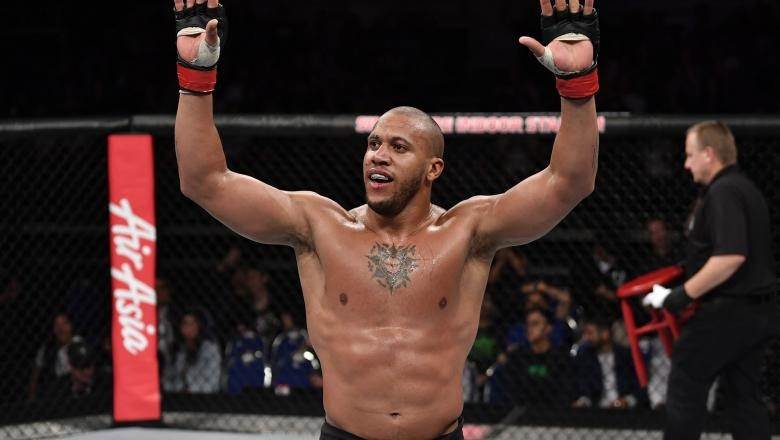 Unlike the last two fights, our main event features two fighters in pretty different situations. Their both ranked in the top five in the division, but one is still working his way through his first 10 fights while the other has more than 40 under his belt. Still, both are top-notch heavyweights.

Gane has launched himself into title contention with his last two wins over Junior Dos Santos and Jairzinho Rozenstruik. Now at a perfect 8-0 with two signature wins on his record, Gane has proven himself to be a dangerous contender in this division. He’s also proven he can do it all, knocking out Dos Santos and grappling Rozenstruik on his way to a decision win. All of a sudden, the 31-year-old is one of the top contenders in the world.

Across the octagon, Volkov will be coming in for his 42nd fight. The fifth-ranked heavyweight has strung together a couple of very impressive knockouts in his last two fights and has proven to be one of the strongest strikers in the division. If he can keep his distance from Gane and keep this a striking match, he should be able to punch his way to a win here. However, that is a big if.