Black Widow has been in a lot of headlines lately. Granted that’s because of her upcoming movie hitting theaters and Disney+ with Premier Access next week, but the Marvel Comics version of the character is also currently wrapped up in her very own exciting adventure.

“Black Widow #8” is the latest step in this mysterious story in which Natasha continues to try to uncover the secrets of a strange cult and crime organization. Her web of spy-ders may continue to grow, but the danger continues to grow with them. 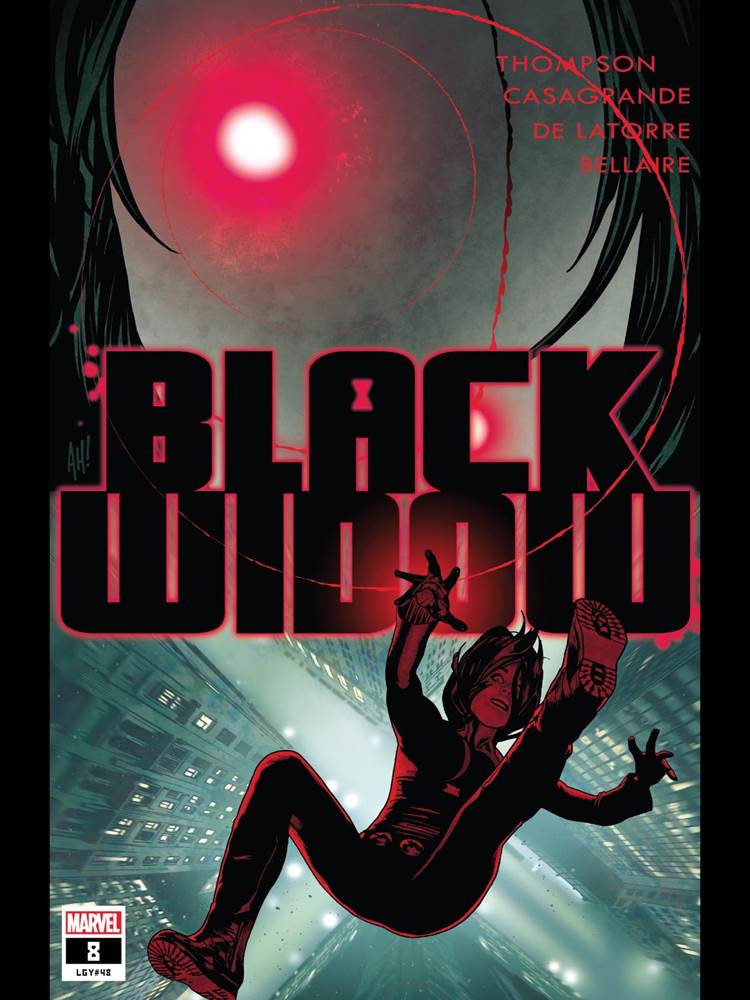 As Natasha and Yelena go over their plans in a nearby park, Natasha is reminded of the life and family she has left behind in order to continue her work as the Black Widow. She quickly refocuses to the family she has now and the mission at hand.

Anya continues her inside job with the Olio as she tries to dig up more information on the mysterious cult that is forcing uncontrollable powers onto innocent people like Lucy, the girl currently in Natasha’s care. Once she lays eyes on their strange serum, she leaps into action.

Meanwhile, Yelena continues her investigation into the Apogee and finds herself in some trouble. Natasha is of course not too far behind, but the Black Widow finds herself needing to save the White Widow from an immediate threat before they can get any more information. 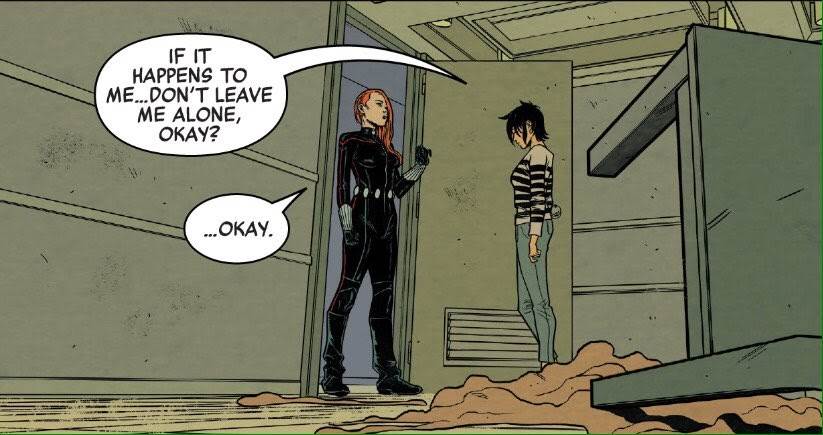 This series has been a wild ride to this point with Natasha and Yelena never too far from the action. That being said, this is not the strongest issue in the series, simply because not a whole lot is done to progress the story and the bar was already set to high previously.

That doesn’t mean there isn’t plenty to enjoy about this issue. “Black Widow #8” is loaded with entertaining characters. Natasha can absolutely carry a story on her own but when you give her Yelena and Anya to work with, you’re bound to get some laughs and of course a great deal of action. 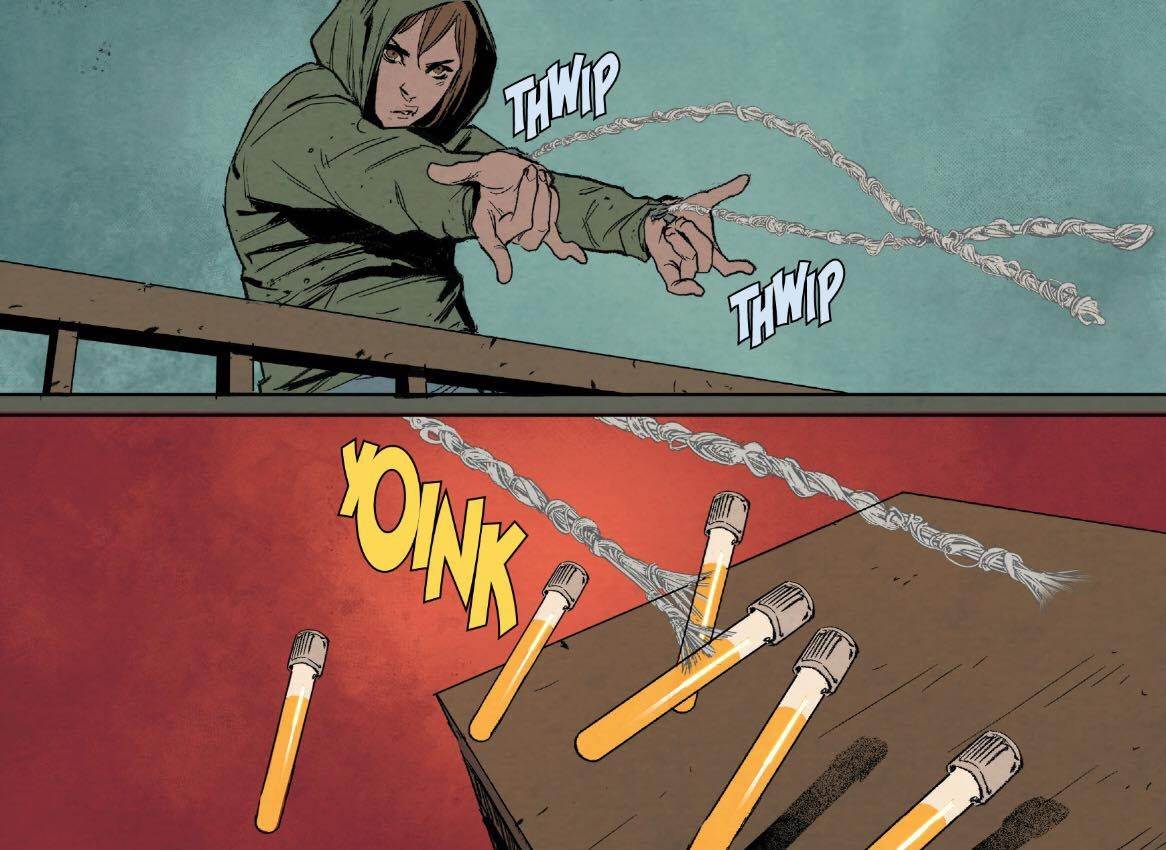 The action also comes from several different angles. Unfortunately, we don’t get to see a ton of Yelena in action in this issue, but we do get to see Anya swinging around and of course Natasha gets her punches (or more accurately, kicks) in as well.

The best part of this issue might just be the cliffhanger ending. Most readers are already hooked on this series and were ready to pick up the next issue anyway, but after this ending, it’s unlikely anyone drops this series now. Between the MCU and Marvel Comics, it just always feels like we’re waiting for the next Black Widow content. You can check out “Black Widow #8” now. For more on this week’s comics, check out today’s episode of Marvel Time: