The Mysterious Benedict Society Escape Room: A Virtual Adventure with the Escape Game

The Mysterious Benedict Society has premiered on Disney+ with a two-episode debut, but fans of the book and show have been able to take their love of the fictional world from the story into a real-life adventure. The Escape Game through a partnership with Disney has designed a special escape room themed to the show. The Escape Game offers virtual escape room adventures for people from the comfort of their own home via a Zoom link. 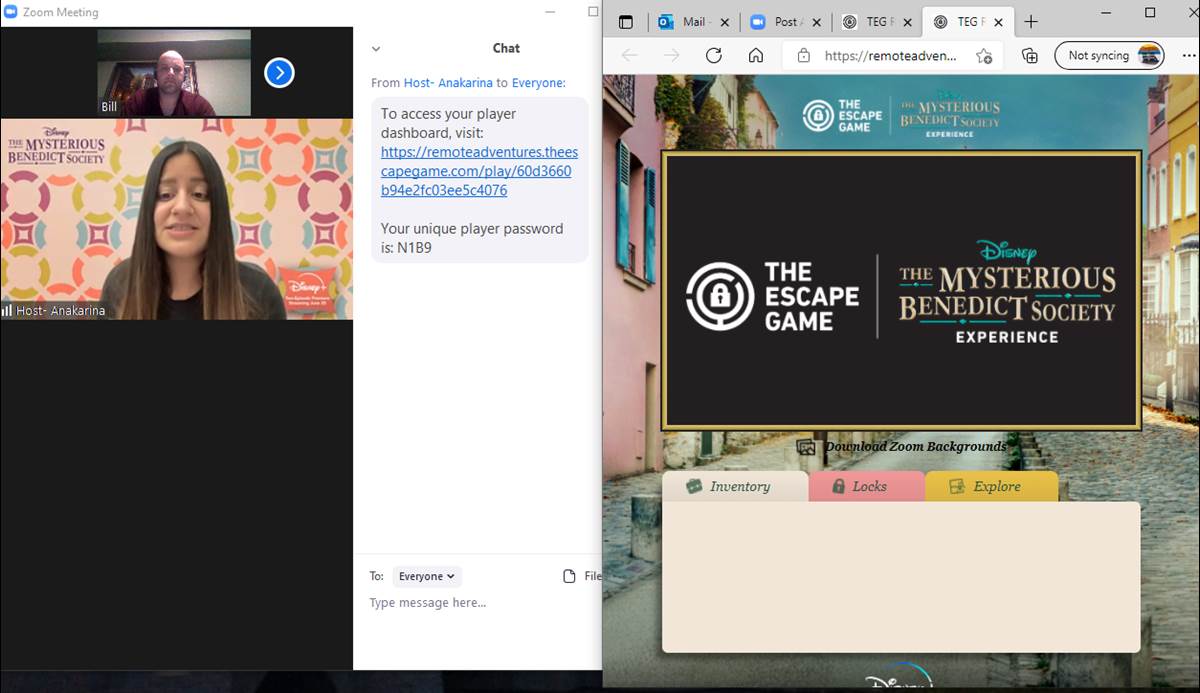 On the eve of the show’s premiere, I was privileged to join a group from Laughing Place to try our luck at joining The Mysterious Benedict Society via this virtual adventure. The setup for the game is based on the premise that participants are looking to join Mr. Benedict’s mysterious group. Before we can become members we have one last test to pass. We must make our way into Mr. Benedict’s office and ring the bell before time expires.

Our host Anakarina explained the rules, showed us the virtual tools that would contain clues that we discover in the game, and then we met the Agent. The Agent would be our physical presence in the room with a first-person perspective as the Agent moves around the room, bringing us as close to being in attendance as possible.

Having read the book, and reviewed the show, I was quite impressed with the level of detail in the rooms which looked and felt like they came right from the set of The Mysterious Benedict Society. Having Tony Hale appear as Mr. Benedict with special messages for our group was a nice touch in bringing authenticity to the story and our adventure. It felt like we were connected to the story in a unique and special way.

As the game progressed everyone in the group needed to pay attention to the clues in the room. Was there a significance to the scarves in the coat? Of course! But… you’ll need to find the other clues and keys for yourself. 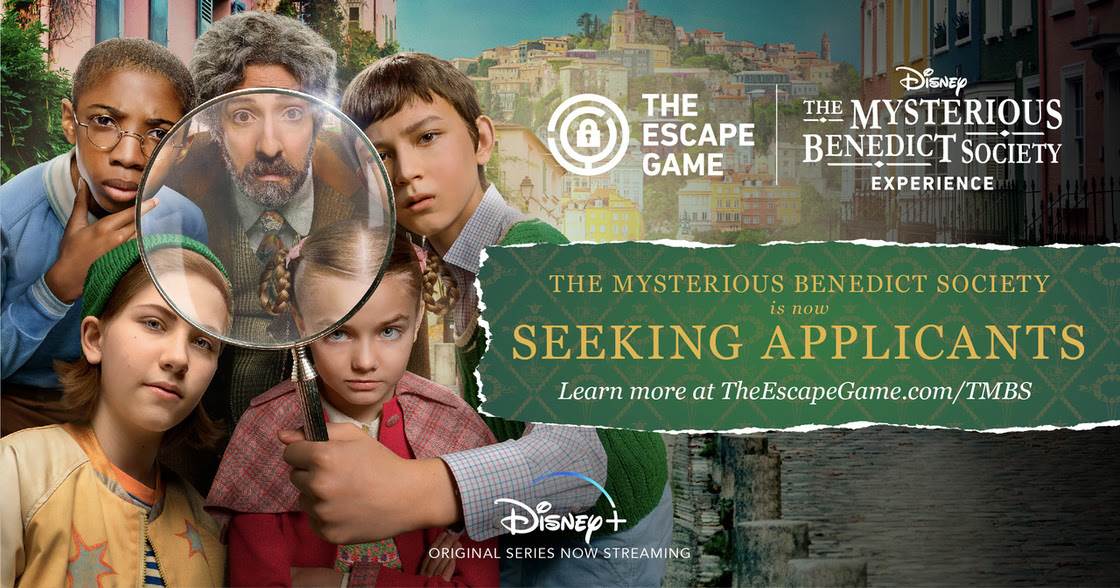 The true fun in the game was working together with colleagues from afar. We navigated through the first room, finding clues all around us, and managing to open all of the locks we encountered. Once in the office, hidden portraits and symbols were everywhere and we made our way through successfully by analyzing each clue and what they meant.

Once we made it into the last room, the bell which we needed to ring was secured behind bars, with the last clues ready to be solved. As a group we made it to the end and successfully rang the bell (without touching it) in record time.

Escape Rooms are an enjoyable experience that challenge participants to use their problem-solving skills to complete the task. The Escape Game’s The Mysterious Benedict Society Experience was an excellent way to promote the show and an entertaining night for our group.

While this particular offering sold out on the day it was announced, The Escape Game is giving a few more fans the chance to play. First, follow @TheEscapeGame on Instagram and consult their post about the giveaway. You’ll need to comment and tag three friends. The Escape Game will select 10 winners to get a free, private experience for up to 8 players. Winners will be notified on or before July 7, 2021 via their Instagram direct messages and will play their free game on July 11th. Good luck!