This week’s episode was not only the best of the season, but was filled with a lot of ebbing and flowing relationships. I expect a lot of viewers’ eyes were filled with tears for various reasons this week. (I can neither confirm nor deny whether or not I joined that camp.) Before we get going, let me just point out at the top that Seb continues to be the sweetest little bean and I just want to hug him and , I dunno, go watch the new West Side Story with him in theaters. We must start with the break-up of Nini and Ricky. The end was near, based on their awkward interactions the past few weeks, but the actual break-up conversation was incredibly emotional. Who knew treehouses were the most devastating location for a break-up?! Their final goodbyes included the sentiment that they didn’t want to hold each other back, which is sweet, but also confusing? Regardless, that’s high school and the duo is left crying in different locations. (Fun Fact: I cried in the back of an Uber at 2:30am this week. Everyone should try crying in interesting locations!)

On the Kourtney side of things, the confusion about Howie hiding his talent and allegiance to North High. Kourtney is totally flummoxed by the entire situation, because who wouldn’t be?! The guy you’ve been talking to is actually at your rival school performing in the rival show? Gonna be a hard no from me. However, Howie apologizes profusely and follows it up with “If I Can’t Love Her.” Y’all. Y’ALL. I have never liked that song, but Howie single handedly has me wanting to request it wherever I go. Radio stations, karaoke, gay clubs, my funeral, etc. We end before Kourtney responds, but based on that performance alone, I’d be proposing and starting a joint bank account.

Miss Jenn tries out for a local coffee commercial and gives a grounded self-tape performance thanks to Mr. Mazzara’s nerd-adjacent flirting skills. CUTE COUPLE ALERT! Gina and EJ also start to connect even more, even though EJ’s dad bought his way into Duke. CUTE COUPLE ALERT! Ashlyn tries to overcompensate for Big Red’s rather bland career aptitude test results, hurts his feelings, but makes up for it in the end. CUTE COUPLE ALERT! (I’m grateful for the joy, ‘cause the Nini & Ricky of it all was just so dang sad!) 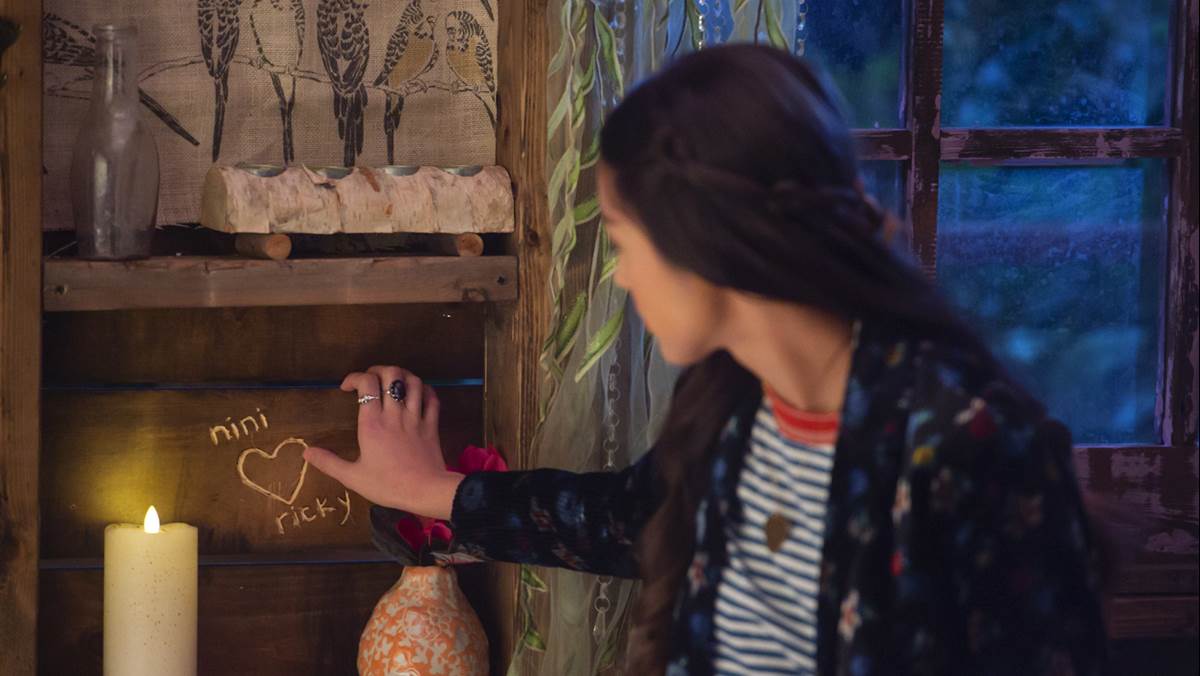