Last week’s episode of the hit Marvel series Loki left us with one of the biggest cliffhangers we’ve seen on Disney+ to date. After Loki was pruned, he awoke in a dystopian setting in front of several other variants of himself. Meanwhile, Sylvie had the upper hand on Ravonna and demanded answers regarding who is running the TVA. Luckily, we only had to wait a week to get at least some answers as to what exactly is going on.

Before getting into the actual episode, the title itself is a Marvel Easter Egg. “Journey Into Mystery” was the title of the comic in which both Loki and Thor made their Marvel Comics debut. The series ran from 1952 to 1965.

Now, getting into the episode, we open with a look at the TVA before we are led into the room in which the head of a “Timekeeper” lies on the ground. We then transition to this new realm where Loki is stranded. Classic Loki tells him they’re in the void and the giant cloud-like creature behind them is Alioth. This is a character from the comics with a kind of time empire and a rivalry of sorts with the villainous Kang the Conqueror. Alioth may serve as yet another connection to Kang.

Back in the TVA, Sylvie presses Ravonna for information on who is really running the show. Ravonna tells Sylvie that Loki isn’t really dead and explains the concept of the void. Everything that is pruned is sent to a point at the end of the timeline where every timeline collides and comes to a stop. She convinces Sylvie that she wants answers as badly as she does and gets her to hand over her TemPad.

In the void, Loki continues to try to get information out of the other Lokis. We get to officially meet Classic Loki, Kid Loki, Boastful Loki and the fan-favorite Alligator Loki. They explain that the TVA basically dumps their trash here in the void and Alioth ensures nothing ever gets back. They assure him there is nothing they can do but survive.

Ravonna has Miss Minutes search for files on the end of time. Sylvie tries to figure out a way to get to the new timeline beyond the void, where Loki is trapped. She tells Ravonna they need to go there and Miss Minutes brings up a void spacecraft. Ravonna agrees to use this prototype craft to go with Sylvie and Miss Minutes stalls as she tries to find the file. Sylvie realizes its a trap just before Minutemen burst in. Sylvie recovers the TemPad and hides behind a desk. As the Minutemen close in, Sylvie stands up and prunes herself. 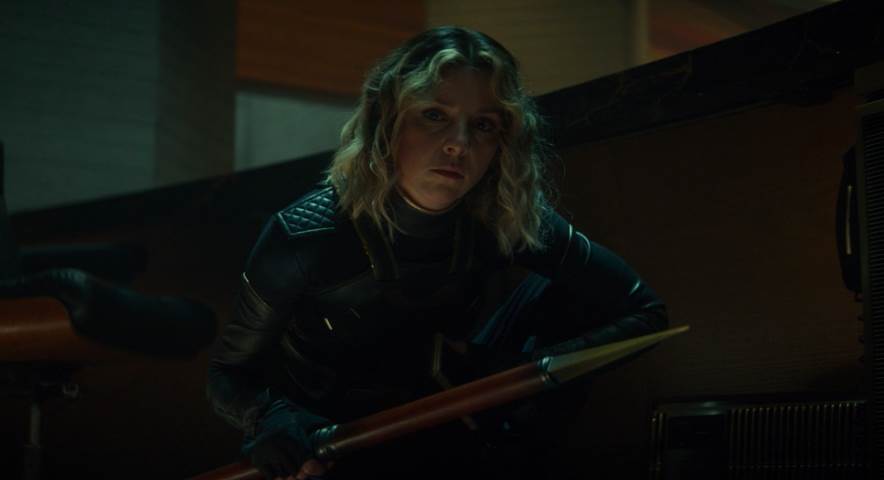 In the lair of Lokis, the Lokis tell their stories which of course leads to a fight. Classic Loki tells his story of how he hid during Thanos’ attack on their ship and then survived all alone on a remote planet. Eventually though, he got lonely and started to make his way off the planet before the TVA showed up and pruned him.

Loki tells the others he is going to escape the void and comes up with a plan to kill Alioth. He tries to inspire them to help him, which they promptly laugh off. As Loki makes his way out of the lair, he is stopped by another, much larger group of Loki variants, led by one who was actually played by Tom Hiddleston.

Sylvie wakes up in the void and is immediately chased by Alioth. In this chase, she is briefly able to connect with the creature using her enchantment powers. She gets a brief glimpse of some sort of building but can’t go any deeper. As she continues to run, she sees a car driving toward her in the distance. The car pulls up and she gets in, to learn that the driver is Mobius. Together, they outrun Alioth.

In the Loki Lair (this is just what I’m calling it), we see that Boastful Loki has betrayed the others and led the new group of Lokis to them. The new leader Loki then betrays him and then the other Lokis betray him. It’s a whole Loki thing. Alligator Loki bites off the new Loki’s hand, a fight breaks out and Classic Loki creates an illusion, allowing the first group to escape. 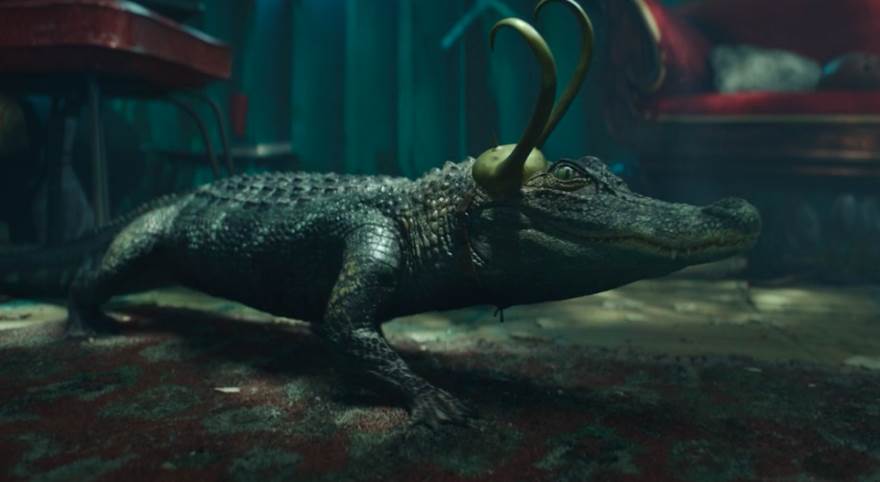 Loki tries to convince the others they need to escape and help Sylvie take down the TVA. He wins them over but they’re not willing to help him fight Alioth. Meanwhile, Mobius and Sylvie continue to run away from Alioth before Sylvie realizes they need to turn around and go back to it.

The Lokis approach Alioth and see the USS Eldridge drop in. This ship is the subject of “The Philadelphia Experiment” hoax, which explains that the ship was supposedly rendered invisible. The ship showing up here is both a clever play on it’s “disappearance” as well as the whole TVA hoax on which this entire show is based.

The Lokis watch at Alioth quickly decimates the ship and everyone on it. Seeing such power at work dissuades Loki from his original plan. Sylvie and Mobius catch up to them and Loki… catches them up on everything that’s going on. Sylvie tells Loki the person they’re after is using Alioth as a guard dog of sorts and she’s going to enchant it to get past.

Back in the TVA, Ravonna interrogates B-15, who is now sitting in a cell. The former Hunter tells Ravonna Sylvie is searching for whoever created the Timekeepers and realizes that Ravonna is now also seeking answers and no longers trusts the TVA. Ravonna tells Miss Minues to get her all the files on the founding of the TVA.

Loki and Sylvie finally have a discussion about their moment on Lamentis, at least as much as two Lokis would. They share another moment, but refuse to truly share their feelings for each other. We then see the whole group face Alioth as the storm creature rages in the distance. Sylvie says she is going to enchant Alioth while the others use a TemPad to escape. Loki says he is staying and the other Lokis follow suit. Mobius uses the TemPad to jump back to the TVA.

Kid Loki notably gives Loki a sword of some kind. This could potentially be a sliver of the Twilight Sword, a powerful weapon wielded by Loki in the comics. The sword was created by Surtur, who MCU fans met in Thor: Ragnarok. This is just a theory, but it does gain some strength later when Loki wields the sword and it catches fire.

Loki tries to create a distraction so that Sylvie can enchant Alioth. Classic Loki saves him by creating a bigger distractions, an illusion of Asgard in place of the ruined city. As Alioth attacks the illusion, Sylvie convinces Loki they can both enchant the creature. Alioth destroys the illusion and consumes Classic Loki, who laughs in the moment of his death. The distraction works and Sylvie and Loki manage to enchant the storm creature, opening a gateway to the building Sylvie saw earlier. As they make their way through the portal, the episode comes to a close. And sorry, no mid-credit scene this time. It appears we’re going to have to wait until the finale for them to come face to face with Kang (or whoever it is that’s been running the TVA, but probably Kang). 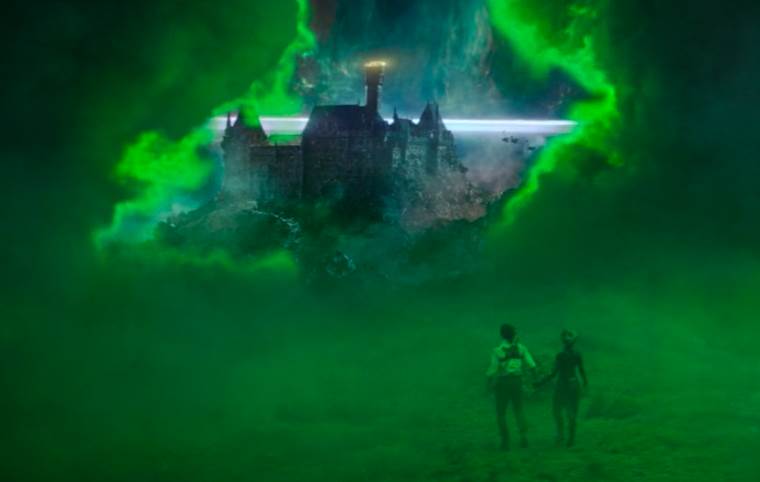 This is yet another episode of Loki that is sure to have Marvel fans on the edge of their seats, both during and after. With the TVA established as potentially the greatest power in the universe and Loki and Sylvie on the verge of taking it down, there is a lot at stake here as far as the future (and past?) of the MCU is concerned. Next week’s finale is sure to be one to remember.