Documentary Review: “Breakthrough” Tells the Story of How Maya Moore Gave Up Everything for What She Believed In

How much would you give up to do what’s right? WNBA superstar Maya Moore was at the top of her game when she stepped back from her career to do something she believed in even more. ESPN Films brings her true story to life in Breakaway, a new 30 for 30 documentary that shows just how much one person can change the world. 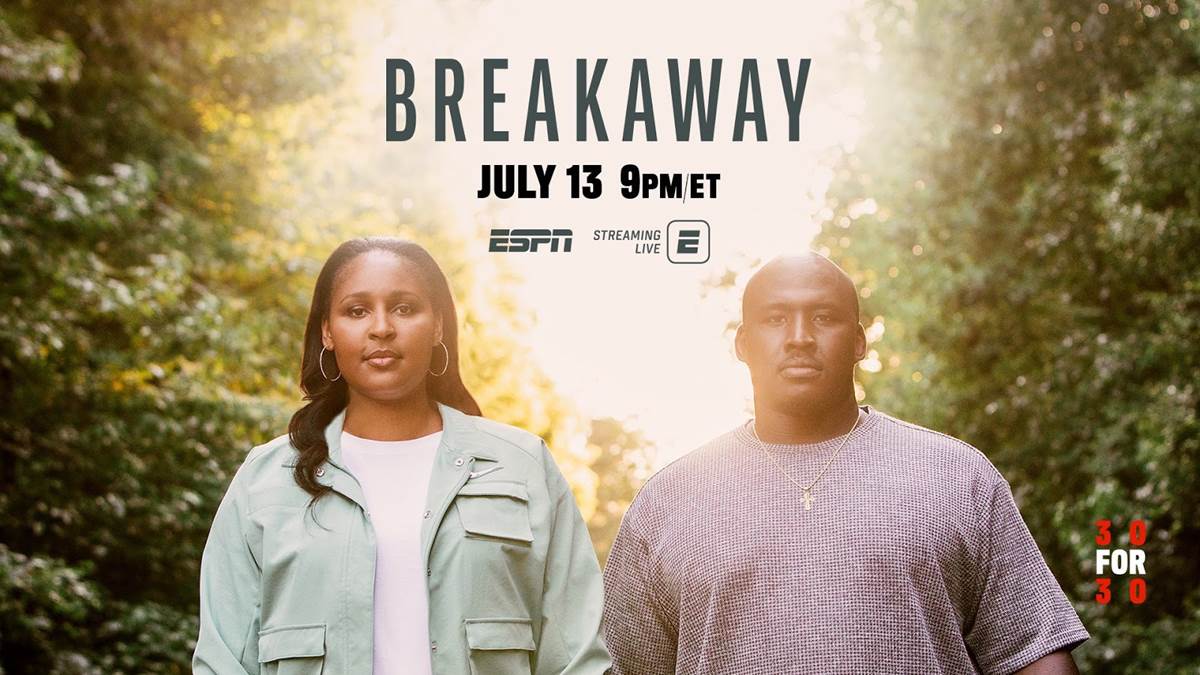 While Maya Moore is at the center of the film, it primarily focuses on the case of Jonathan Irons, who was wrongfully arrested and charged with a crime he didn’t commit. Serving 50 years in prison, a priest took the young man under his wing and his daughter just happens to be the Godmother of Maya Moore, which is where the connection comes in.

Through her close relationship with her Godmother, Maya Moore became involved with her Godfather’s quest to get Jonathan Irons out of jail. The tone is lighter than your typical crime documentary, but still heavy and touching on the broader injustice that Black men face when it comes to a fair trial.

Full of talking head interviews, Breakaway makes a case for the innocence and wrongful conviction of Jonathan Irons, who grew so close with Maya Moore during her time trying to help him that they fell in love. As sad as elements of the true story are, there’s an old fashioned happy ending waiting for viewers at the end.

With less of a focus on sports and a narrative that feels tangentially related to an athlete, Breakthrough doesn’t always feel like a 30 for 30 film. A brief prologue sums up Maya Moore’s career achievements and the hard work that got her there. The story of Jonathan Irons’ wrongful imprisonment and the people who fought for him to be released is worth storytelling and there’s no bad platform for it to be told, but fans tuning into ESPN expecting a sports documentary while find something entirely different here.

Breakthrough premieres Tuesday, July 13th at 9/8c on ESPN. A network television broadcast will be presented on ABC on August 8th.