The Haunted Mansion episode of Behind the Attraction is a candid, yet familiar look at one of the most classic attractions in Disney Parks around the globe. 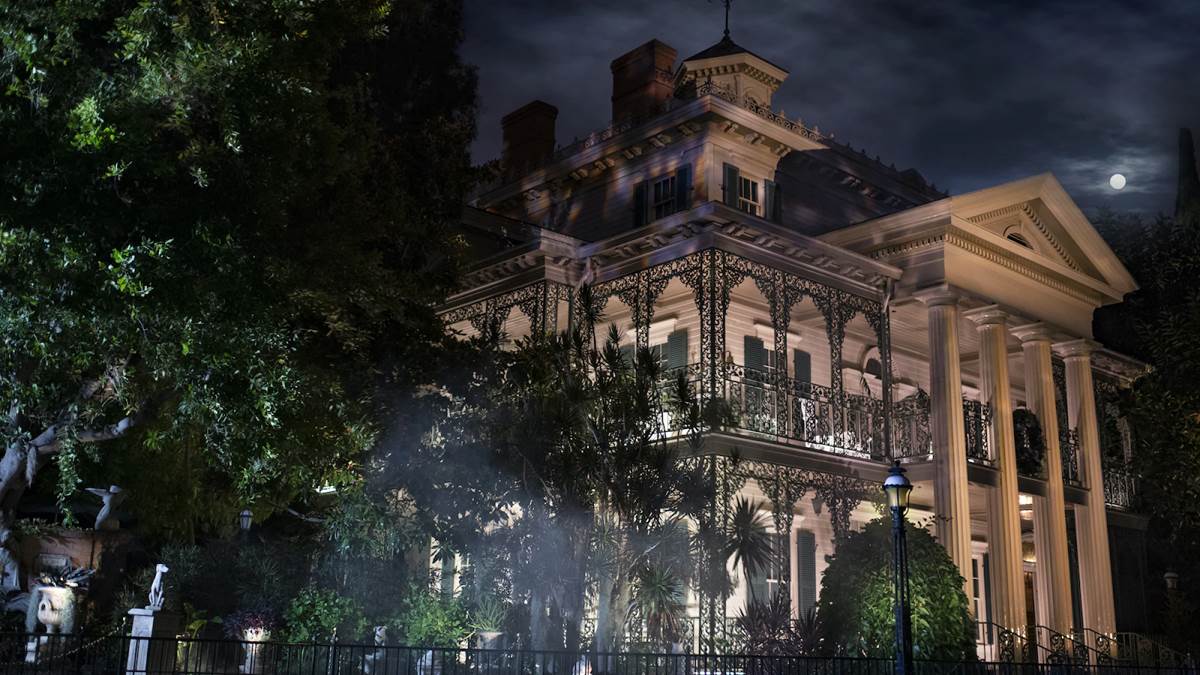 Immediately, we open with a sound byte from a recording session with Ghost Host himself, Paul Frees, recording the classic narration and opening lines to the world-famous attraction. If only the whole episode maintained this momentum.

Right from the beginning of the episode, you can see where this episode is going, focusing on the great debate that dates back to the development of the attraction (more of which we’ll get into in this episode) on whether a Haunted Mansion attraction should be funny or scary. Even noting that the attraction had been considered since day 1, they also share that Walt pulled out all his scary character animators, including Ken Anderson who came up with many of the early designs for the house itself, as well as some of the characters inside. One catch (per Walt), the exterior had to be clean and pristine. Only the inside would be decrepit and unkempt.

We learn about the timeline and how the 1964-65 World’s Fair played into it, as well as the long awaited New Orleans Square, bringing us Pirates of the Caribbean. 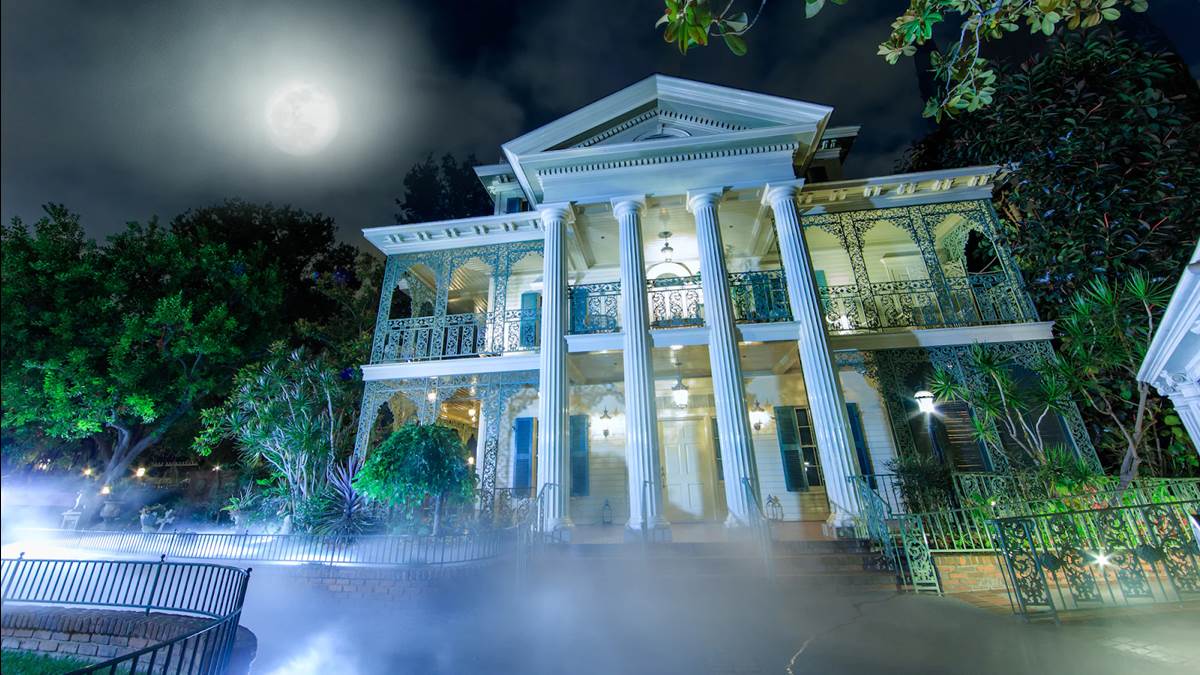 The episode features a heavy focus on Imagineers Marc Davis, Claude Coats, Yale Gracey, and resident prankster (who we get to hear all about) Rolly Crump. Even candidly explaining that Walt Disney himself essentially pitted two art directors against each other (Davis and Coats) given their two different sensibilities which also gave the show the almost two different personalities of both creepy and unsettling as well as friendly and humorous. Another fun anecdote is told (complete with censored language) about Walt Disney seeing some of the illusions and effects Crump had created for the mansion. Again, a story fans may have heard elsewhere, but maybe not as freely told as it is in this Behind the Attraction episode.

Interestingly, this is the only episode of Behind the Attraction we’ve seen thus far that gives us a scene-by-scene breakdown of the attraction, almost guiding us as though we were on board. The way it is told through the episode also shows us some fantastic archival footage (what’s up Kurt Russel!) as well as some brutally honest descriptions of how many of the effects in the attraction work. This honestly surprised me because I thought back to the specials of the 90s where this kind of information was top secret, with one special featuring footage of Imagineer Tony Baxter saying “we use real ghosts” as an explanation for how the effects work. We also learn more about Imagineer Leota Toombs and her daughter, Imagineer Kim Irvine, when we learn about the séance room, and continue our way through the attraction with different trivia and fun facts along the way, including an explanation of the “Pepper’s Ghost” effect utilized throughout the attraction. Special focus is given to the Yale Gracey’s legendary Hatbox Ghost, with the brief admission that it was only in the Mansion for about a week. A personal lobby from Gracey himself because lighting in the mansion after the figure was installed and never got the effect to work quite right. Later in the episode, we look at the how the attraction can be retouched from time to time and Imagineer (and Yale Gracey fan) Daniel Joseph shares the story of how he built a mockup of the Hatbox Ghost in his garage, later pitched and installed in the original Mansion to success thanks to modern day technology.

Of course, this was only the first Haunted Mansion. We also learn about the close proximity in time to the opening of the Magic Kingdom and Walt Disney World, making it easy to just make two of everything, except the exterior façade at the new park would need to be changed to fit Liberty Square in lieu of a New Orleans Square.

In 1983, we see the placement of the Haunted Mansion at Tokyo Disneyland, identical to Magic Kingdom’s, but this time in Fantasyland due to a lack of Liberty Square or New Orleans Square. It was until Euro Disney in 1992 that we saw major changes to the Haunted Mansion formula, focusing more on the scary and a solid story featuring the Bride, and placed in the middle of Frontierland. Notably, becoming the only Mansion to look abandoned and forgotten because it tied into the old west theme. Cast Members from the Paris park also explain several of the key scenes of their version of the attraction. 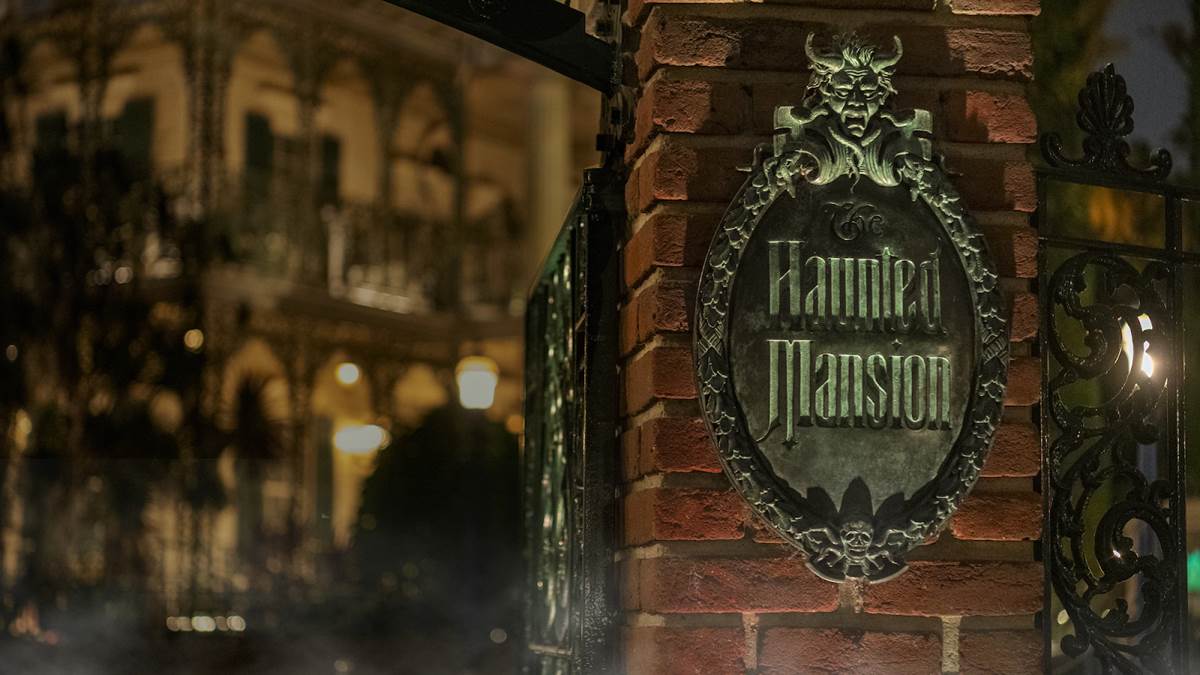 Changes to the idea of the Mansion for cultural reasons are also addressed when we learn about Mystic Manor in Hong Kong Disneyland, dropping the spirits and ghosts due to regional sensibilities, and focusing on a mischievous monkey who opens a magical music box. They touch on some of the effects, but don’t reveal the secrets like they have for some of the more iconic Mansion effects, and switch gears to focus on Danny Elfman’s contribution of the music to Mystic Manor. But you can’t talk about Elfman without talking about The Nightmare Before Christmas, so now we get to learn all about the seasonal makeover, Haunted Mansion Holiday in both Tokyo Disneyland and Disneyland Park in Anaheim, CA. 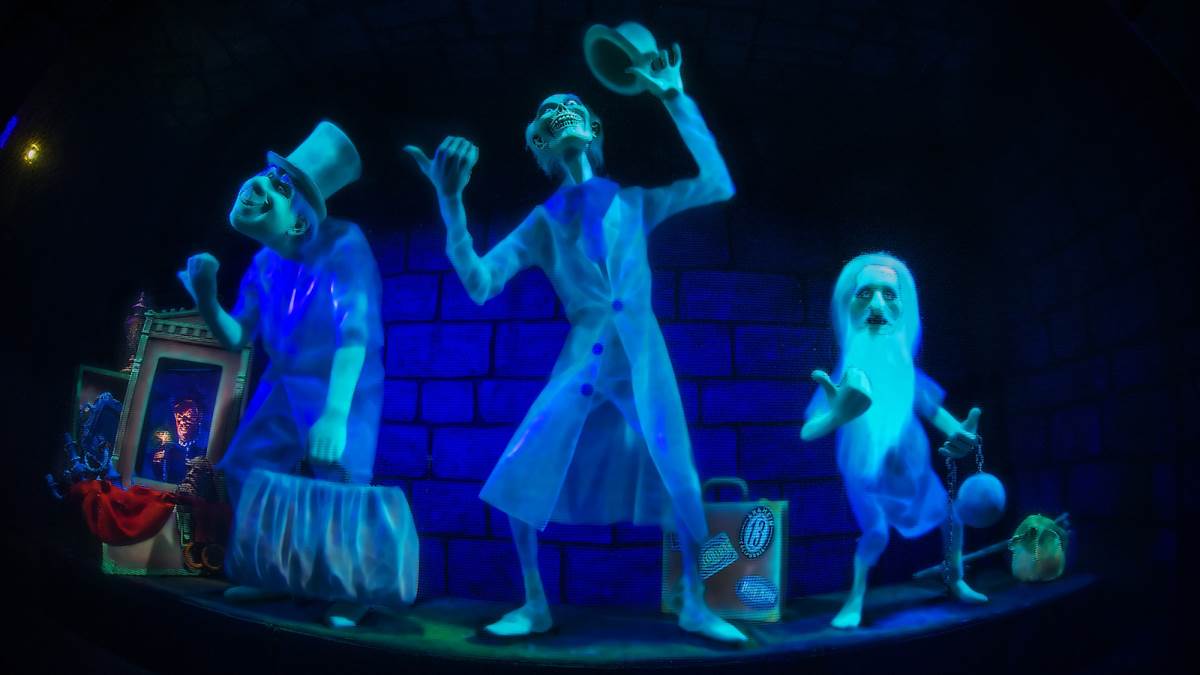 The episode closes with a role call of all the key Imagineers who helped work on the attraction, including a bit more about Rolly Crump, who closes out with some fond memories of Walt Disney approving his work, just like the millions of guests who enjoy the Haunted Mansion at Disney Parks across the globe.

The Haunted Mansion episode of Behind the Attraction is now streaming on Disney+.