The Star Tours episode of Behind the Attraction on Disney+ has a typo in the title. It says “Star Tours” but it really should say “Star Wars Attractions.” 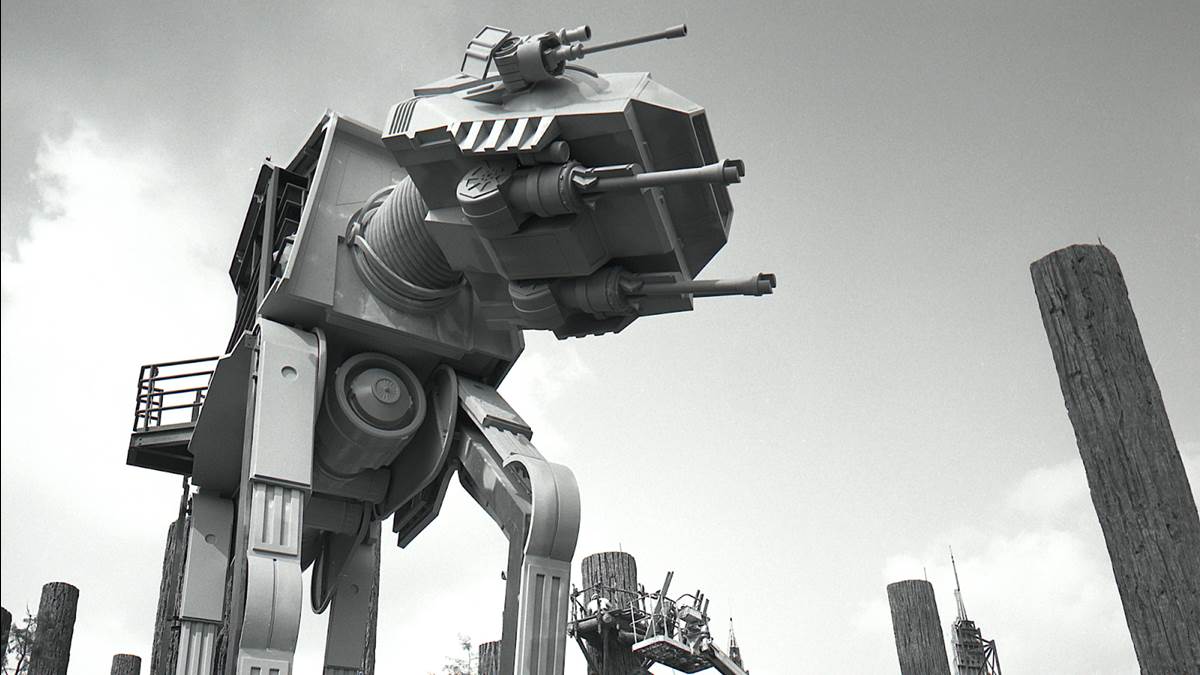 The Star Tours episode of Behind the Attraction jumps in with the childhood visits of George Lucas to Disneyland commenting about how he always felt Tomorrowland was a little less than it could have been. Still relevant today, George. We then take a look at the tumultuous late 70s and early 80s at the Walt Disney Company, with famed Imagineer Tony Baxter explaining that he confronted then-CEO and Walt Disney’s son-in-law Ron Miller saying recent movies like The Black Hole had not connected with the audience and needed the outside help of someone like Steven Spielberg or George Lucas. Spielberg was out of the question though because of his connections to Universal Studios. Imagineer Tom Fitzgerald also explained Lucas was a more logical choice because Star Wars just felt more like a Disney movie.

The episode goes on to explain about the new Star Wars roller coaster that was going to be built, featuring multiple choices in the middle of the attraction with different track possibilities. A galaxy of choices as it were, but one that required way too much space that Disneyland didn’t have, not to mention in Tomorrowland where Space Mountain already existed. Fortunately, a company in London had developed flight simulator technology and was looking to get into the entertainment and leisure business, and some Imagineers made their way across the pond to have a look at the technology. While Lucas was visiting Imagineering, he saw storyboards for different POV shots (shown in the episode) and suggested that a Star Wars attraction would be similar to this. While visiting the Simulators, they were shown POV of a roller coaster, realizing that they can’t do it this way, and needed to push that simulator to its limits and embrace the flight idea.

After developing that idea further and figuring out the film aspects of it, including “loop cabinets” (remember actual film reels? Those were a thing!) and how to sync the motion without everyone in the simulator getting violently ill, and some story work involving the idea of a tour company (originally called “Cosmic Winds”) we are shown some archival footage of George Lucas saying that the system was fantastic because it can be changed and updated after an amount of time… foreshadowing!

ILM’s Dennis Muren jumps into the conversation and talks about the creative editing of the film, with Tony Baxter adding again this isn’t a movie, it’s a window. It has to be one continuous shot. A significant point of contention though? That iconic trench sequence. Tom and Tony insisted that the attraction include it. Muren didn’t want to. It’s been done before. It took Lucas himself to come in and side with Tom and Tony saying that’s what the guests want. Muren included it and now, today, praises them for how right they were to have it in there. 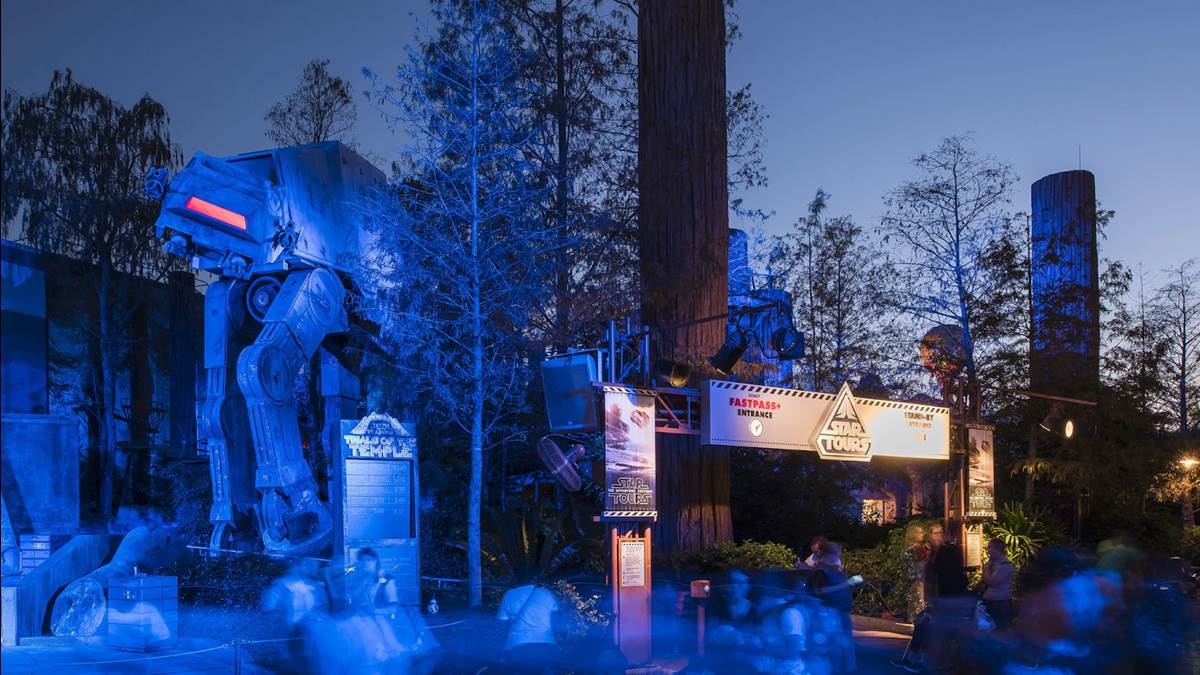 After a bit more about the building of the attraction, as well as the inclusion of Captain Rex as an animatronic whose characteristics all but demanded Paul Reubens (AKA Pee Wee Herman) come in and record the vocals for the show, we wrap up on the original attraction, but oddly, we’re only one third of the way through the episode. And speaking of Pee Wee Herman, let’s channel that energy for the remainder of the episode and let “immersive” become the new secret word that inspires us to start screaming and cheering.

Going back to that archival footage of Lucas saying the ride can be updated and reprogrammed, we now segue into why and how that can be done, and flash forward to 1999ish when The Phantom Menace was about to hit theaters and Imagineers were shown footage of the pod racing sequence and started developing updates to the attraction. But wait. If this is what’s in Episode 1, what’s in Episode 2? Okay so now we have this happening in number 2 oh let’s see what’s in Episode 3. With that and knowing Star Wars fans don’t want to see one planet out of the entire galaxy far, far away, Tom Fitzgerald explains the idea of a “slot machine” concept full of variables and different options that guests could experience on their Star Tours flight, with various destinations and variables being available on different “wheels” of a slot machine.  Lucas approved of the idea, but the original pilot (ACE) was out in favor of a nervous droid who didn’t know what he was doing. Luckily, they already had one of those, but it wasn’t Rex. It was C3PO, allowing guests to be more fully immersed (AHHHHH) in the Star Wars stories they already know. It was also Lucas who suggested the idea of the Rebel Spy, where a guest is selected at random and shown inside the simulator.

We then jump to 2012, when the Walt Disney Company acquired Star Wars and Lucasfilm, explaining that then-CEO Bob Iger challenged the team at Walt Disney Imagineering to come up with something completely new and expansive in the Star Wars universe. Wait, let's look at our time clock…we are now two thirds of the way through the episode. You know what that means?! This look at Star Tours has now become an inside look at Star Wars: Galaxy’s Edge! 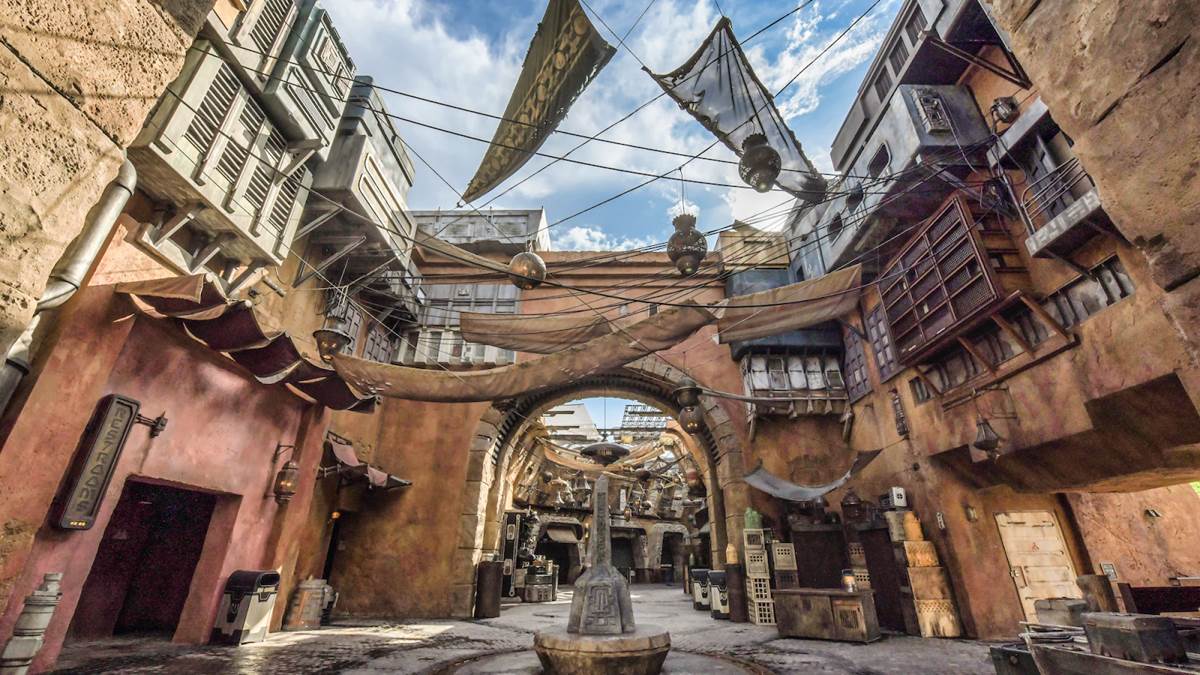 They episode dives into the creation of the new land, and the time in history where the Imagineers were so excited to jump into the Star Wars that they already knew and loved before they were told it must incorporate the new movies that were going into production, but with the small problem that nobody knew what those movies were going to be. After developing the idea, they go into how the land needed to be something nobody knew from any of the movies and a whole story that guests can immerse themselves in to create their own Star Wars adventure, but ironically adding that the guests want to pilot the Millennium Falcon so that was a must-do experience.

Interestingly, they explain that how they would achieve the capacity goals necessitated for a marquee attraction like Millennium Falcon: Smuggler’s Run is based entirely on a classic Tomorrowland experience, the Carousel of Progress, with the different cockpits making up wedges that rotate on their own carousel. This portion of the episode was surprising to me because as new as this attraction is, they take a good portion of time explaining how it works, something that could be considered “breaking the magic.” 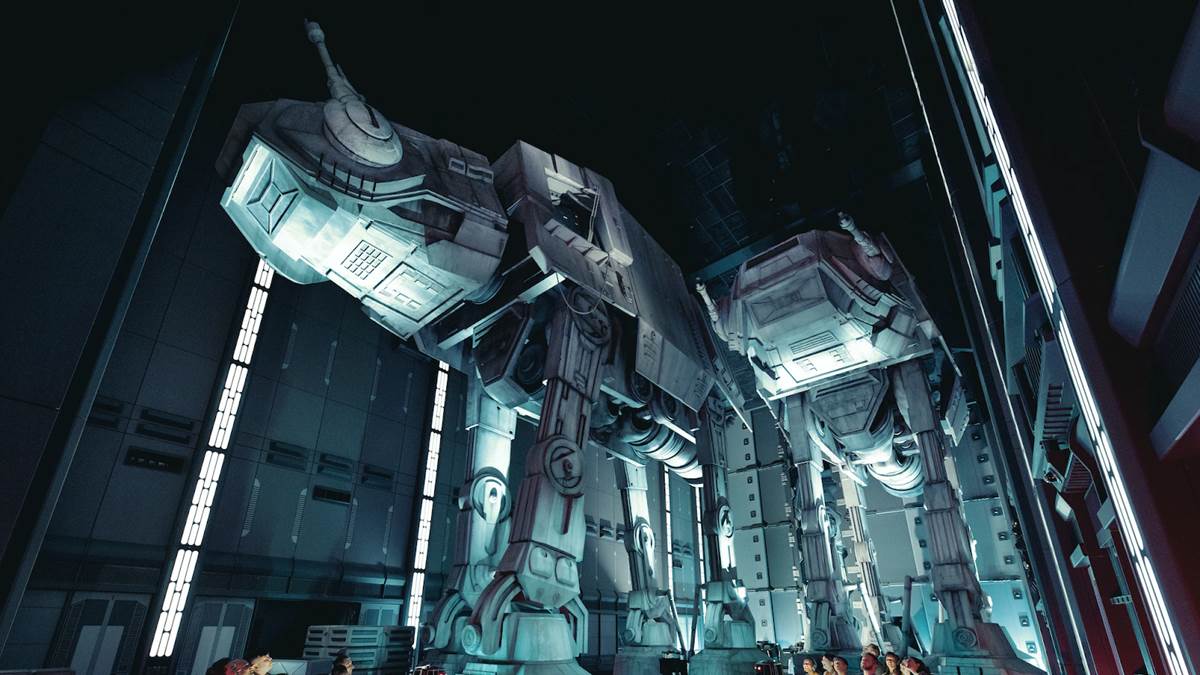 Don’t get your hopes up though, when it comes to Star Wars: Rise of the Resistance they just touch upon the addition of the attraction to the land, and how they worked to make it a truly immersive experience with an impressive scale. But more importantly, the entire thing credits Star Tours as the foundation that led to Star Wars: Galaxy’s Edge and the presence of those stories in the Disney Parks today.

The Star Tours episode of Behind the Attraction is now available on Disney+.