Don’t be fooled, almost like the two drop shafts of the original Twilight Zone Tower of Terror at Walt Disney World, this episode of Behind the Attraction is almost two different episodes in one, also focusing on Guardians of the Galaxy – Mission: Breakout! At Disney California Adventure. 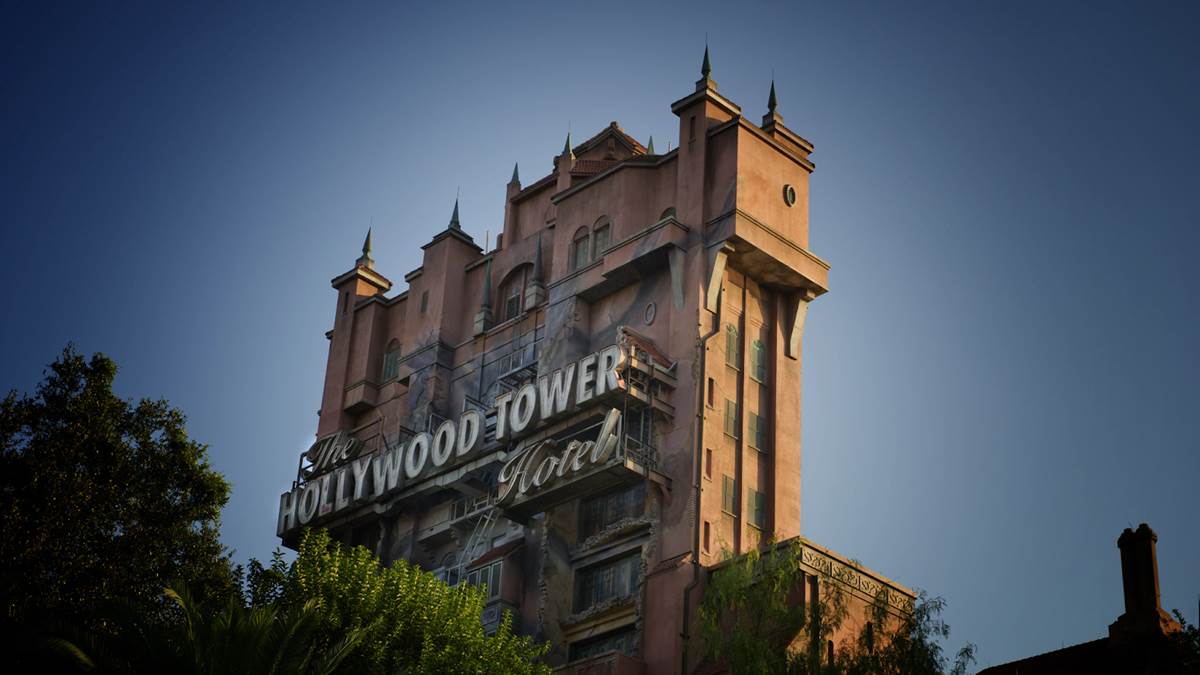 Did you know that Walt Disney arrived in Hollywood in the 1920’s? Well if you didn’t this episode jumps right into a bit of the backstory of Walt Disney’s Hollywood story, but not to worry, they don’t get too deep. This is merely to set up the story of why a third theme park was created at Walt Disney World that focused on Hollywood, both classic and modern.

While explaining that the park was an immediate hit, Imagineers past and present explain the almost immediate need for an expansion of that park, then called the Disney-MGM Studios.

In what is probably one of the more un-Disney reveals of the series I’ve seen so far, Imagineers past and present describe the parameters of the new expansion, the requirements that a new attraction would have to meet. For this new adventure at the Disney-MGM Studios, it had to be:

With these parameters, the Hollywood Tower Hotel was born, with an elevator-based drop ride experience. It fit everything, but it also wasn’t going to work. If guests were actually staying in a hotel, would they want to hear the screams and noises from a thrill attraction while they are trying to rest?

So, that argument was made and agreed with, but in its place, then-CEO Michael Eisner put a new parameter in its place. The elevator doors must now open to reveal the exterior and give the audience a view while they are 200 feet in the air.

The Imagineers explain that they didn’t really want to tread on the worn territory of the Haunted Mansion, so they went more along the lines of the paranormal, citing that at the time you couldn’t get more paranormal than The Twilight Zone. The group also focuses on the iconic status of the brand and how it could fit at the park because it was “ordinary people in ordinary situations where something extraordinary happens to them.” But guests would not just be watching an episode of The Twilight Zone, they would be in one.

Interesting to note as both a fan of The Twilight Zone and the attraction, the clips from the episodes they use are some of the more popular references in the attraction, with the episode “It’s a Good Life” leading the pack, where Rod Serling iconically points at a map of the United States and was later used in the attraction’s pre-show, which the group does talk about the production of a little later in the episode.

I should also note this particular episode of Behind the Attraction uses tons of footage of the many different versions of the attraction, but not necessarily when they are spoken about. Example: while discussing the construction of the original attraction in Walt Disney World, they show a clip from an interview at the Disney’s California Adventure construction site nearly a decade later. Depending on your level of Disney fandom, this might prove to be a little frustrating. 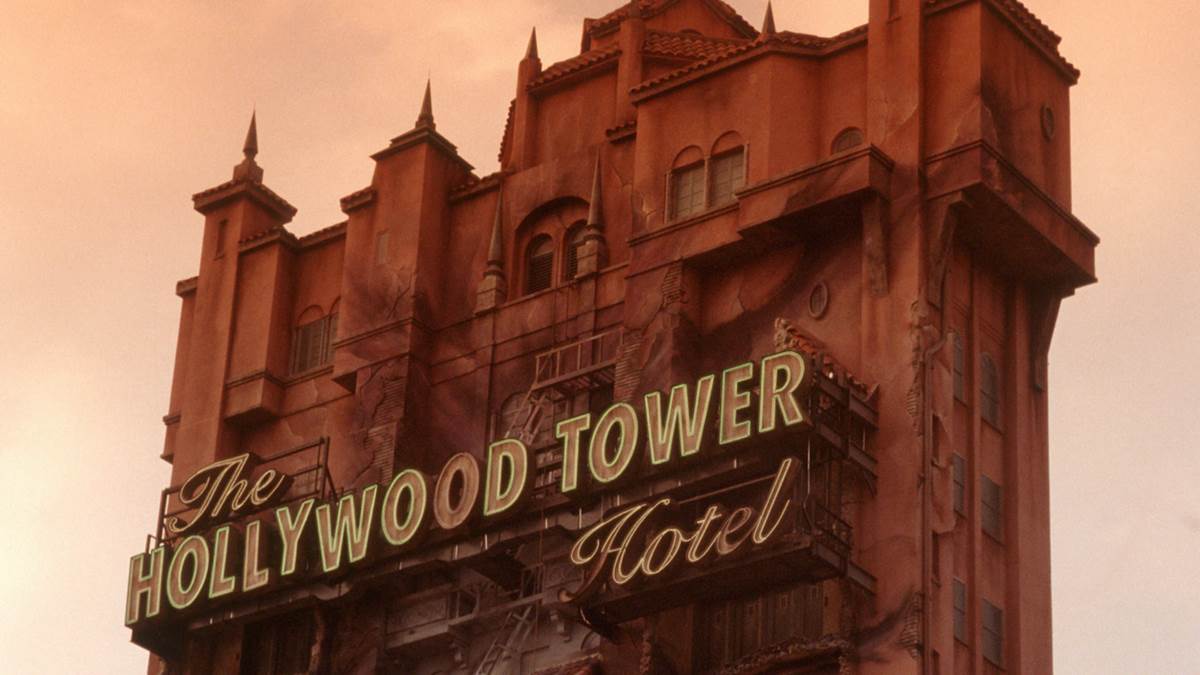 The group also shares more about the inspiration of the building, discussing the ideas of what closed the building, at one point discussing the idea of an earthquake that made a chunk of the building disappear. These stories and details are fantastic, but the real bread and butter comes when the Imagineers discuss their trips to elevator manufacturers to convince them to help design an elevator thrill ride experience with the unnamed company saying, “everything we’ve designed our elevators not to do is what you want to do.” So the group and the manufacturer performed some overrides to allow an elevator to freefall with an Imagineer on board. In the anecdote Imagineer Bob Weis shares, he says that for about 300 feet you can hear a scream, but as soon as those doors opened after stopping safely, only four words were uttered. “It’s not fast enough.”

The stories then go on, telling the stories of extraordinary engineering where Imagineers had to figure out a way to drop guests faster than gravity, and do something even more crazy: get the elevators to leave their shaft and enter the fifth dimension.

The show also spends a bit of time with one of the favorite pieces of trivia for Disney fans, the height of Florida’s attraction, coming in 199 feet 11 inches, simply so it wouldn’t have a flashing red light for aircraft at the top as required by international law.  More about the theming of the attraction is explained, and like similar episodes depending on your level of Disney fandom, this might all be things you’ve already heard before. Including the aforementioned production, including voice actors replacing The Twilight Zone host Rod Serling while using recycled footage and visual effects, all directed by Joe Dante, who Disney had acquired because of his work on The Twilight Zone: The Movie.

Easily one of the favorite aspects of this episode though, is anytime a piece of archival footage used “200 feet,” a brilliant editor chops in footage of an Imagineer correcting it, saying “199 foot 11.” 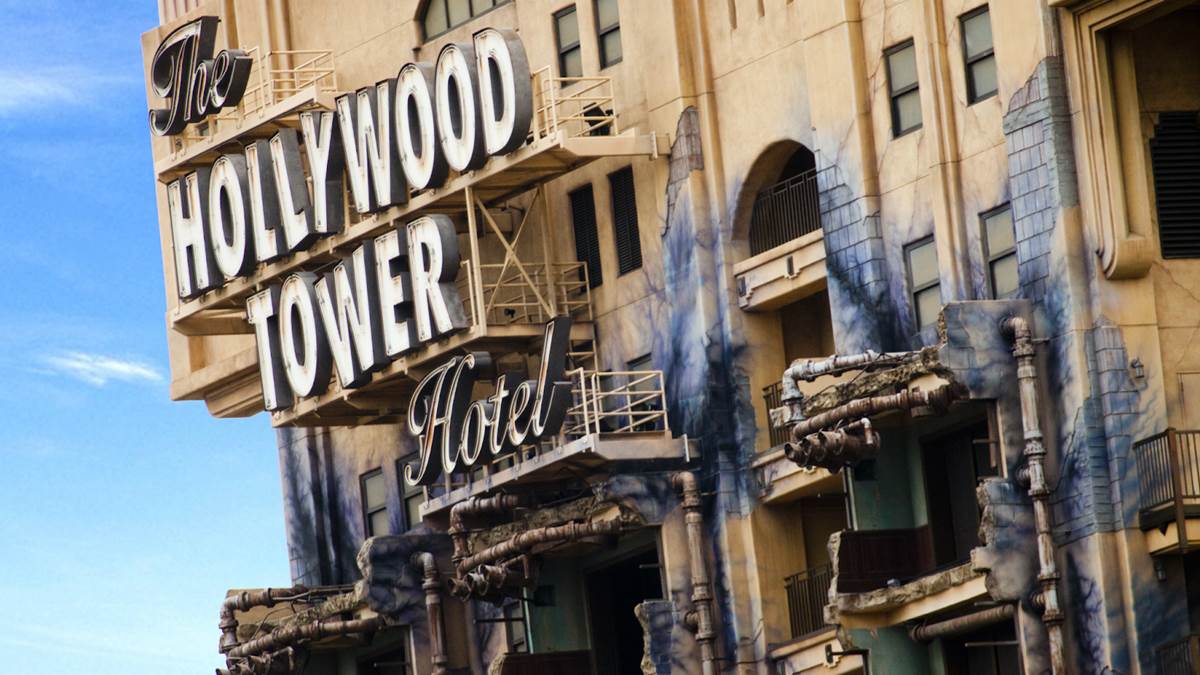 While discussing the success of the attraction, we immediately get to learn all about the other incarnations that were put in place around the globe. One at Disney’s California Adventure and another at Walt Disney Studios Park at Disneyland Paris, sharing how the towers at these parks are smaller yet more efficient. The tower was also discussed for Tokyo DisneySea, but more was explained on how culturally The Twilight Zone wasn’t a viable option because it was a story and universe nobody would recognize, so the story of Harrison Hightower was born. Famed Imagineer Joe Rohde shows up to say that he was brought on to model for ONE CORBEL (a facial sculpt incorporated into the building) and then became not only the lead character in the attraction, but the Japanese advertisements for the new attraction as well. Speaking of story changes though, they also address that California and Paris are identical, but that the story was changed to focus on the little girl in Paris to make it a bit more terrifying. 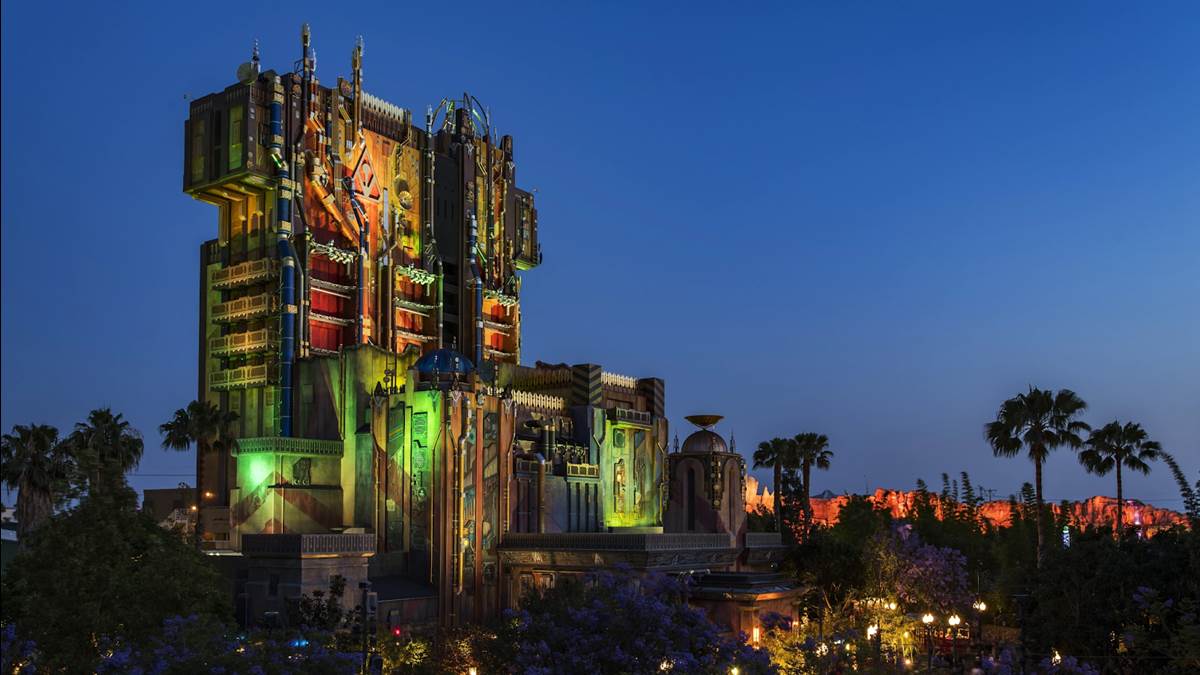 But as we get toward the latter half of the episode, that famous old Walt Disney quote that is used to justify every decision by Imagineers these days comes out, “Disneyland will never be complete, as long as there is imagination left in the world.” Bonus addition: A quote of him saying “There will always be something new and unusual.” So it’s back to Disney California Adventure where the Imagineers are discussing how to change one of the most popular rides in the park, and with a deadline only 11 months away (Memorial Day weekend 2017) to have something new.

The episode explains that to get help on this task, they went to Harrison Hightower himself, Joe Rohde since he would be free and available to help meet that deadline. Oh wait… that’s the same weekend that Pandora: The World of Avatar at Disney’s Animal Kingdom (read: Joe Rohde’s big project at Joe Rohde’s park) was due to open. But he still took on the new Disney California Adventure project anyway, flying out to California and looking closely at the building to see just what they can do, realizing it would not be too hard to get that building down to it’s bones for a complete retheme.

While tinkering, Joe and Imagineer Jeanette Lomboy shared their love of the movie Guardians of the Galaxy, and realized that the sequel to that film would also be coming out on that same deadline and came up with a fun, irreverent story for the new attraction that just worked, and unlike the original Tower, could be produced with the original cast at the same time.

From an engineering perspective, Rohde sought out the creators of the original attraction to learn just what these mechanisms are capable of, and goes on to explain the music and the 6 different drop programs on the attraction that turn it from a once terrifying attraction, to a fun one where you’re laughing instead of screaming.

Candidly, they explain that park fans were very doubtful of the change from The Twilight Zone Tower of Terror to Guardians of the Galaxy – Mission: Breakout, but showing that the new attraction had proven to be a hit and once guests had been on it, any doubt that was once there was now gone. Imagineer Dave Durham explains (rather poetically) that you can take a typewriter and write out a horror story or a comedy, but that typewriter is just a tool to tell that story, and it doesn't matter how it’s told, as long as the story is good.

The Twilight Zone Tower of Terror episode of Behind the Attraction is now streaming on Disney+.