All of the magic and charm of it’s a small world comes to life through a new board game from Funko Games perfect for ages 4 and up. Whether you’re playing with your kids or a group of Disney fans, the magic of the 1964 classic attraction comes to life in your home for you to revisit anytime you need a dose of Disney Parks magic. 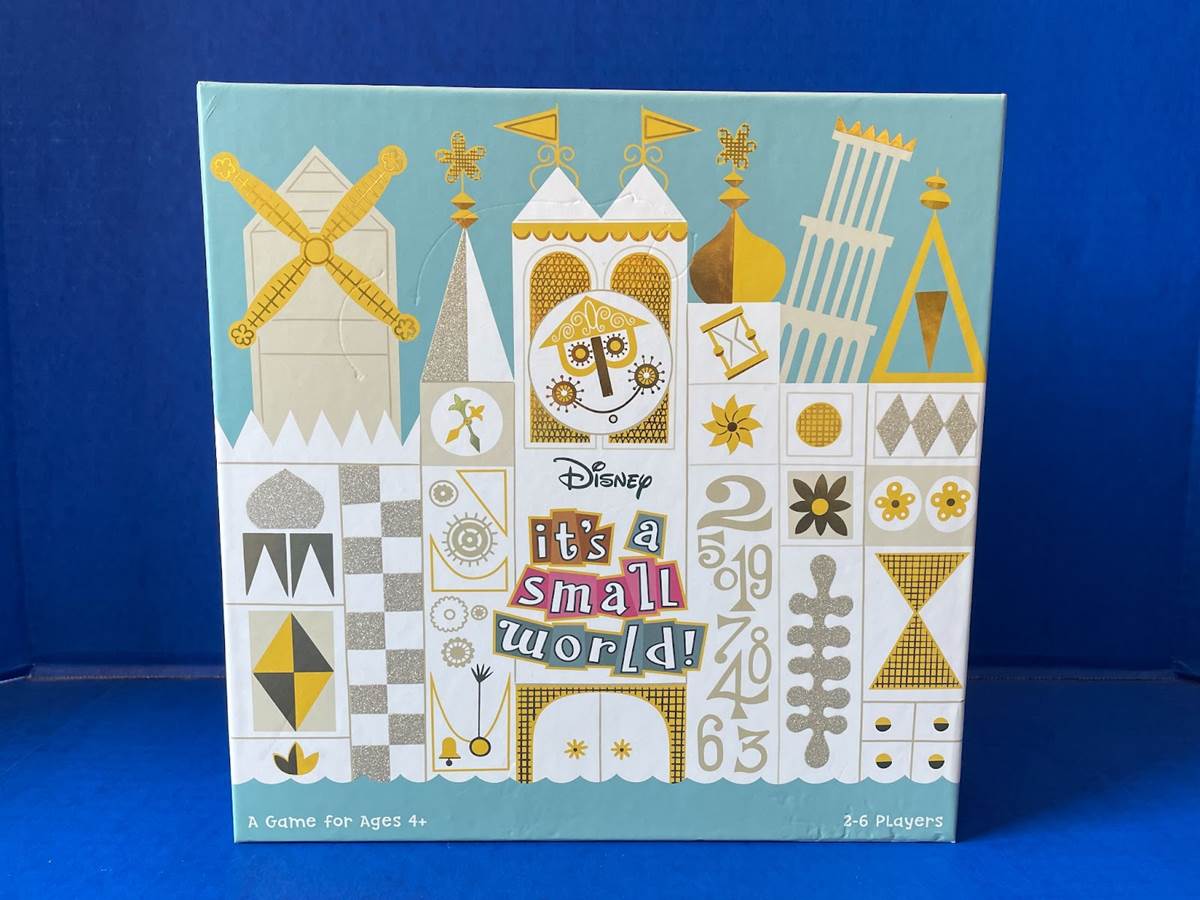 The fun begins before you even open the box, with the Disneyland attraction’s facade recreated with gold foil and glitter embellishments. If you’ve ever visited the original attraction in Anaheim, you’ll instantly feel like you’re back there again. 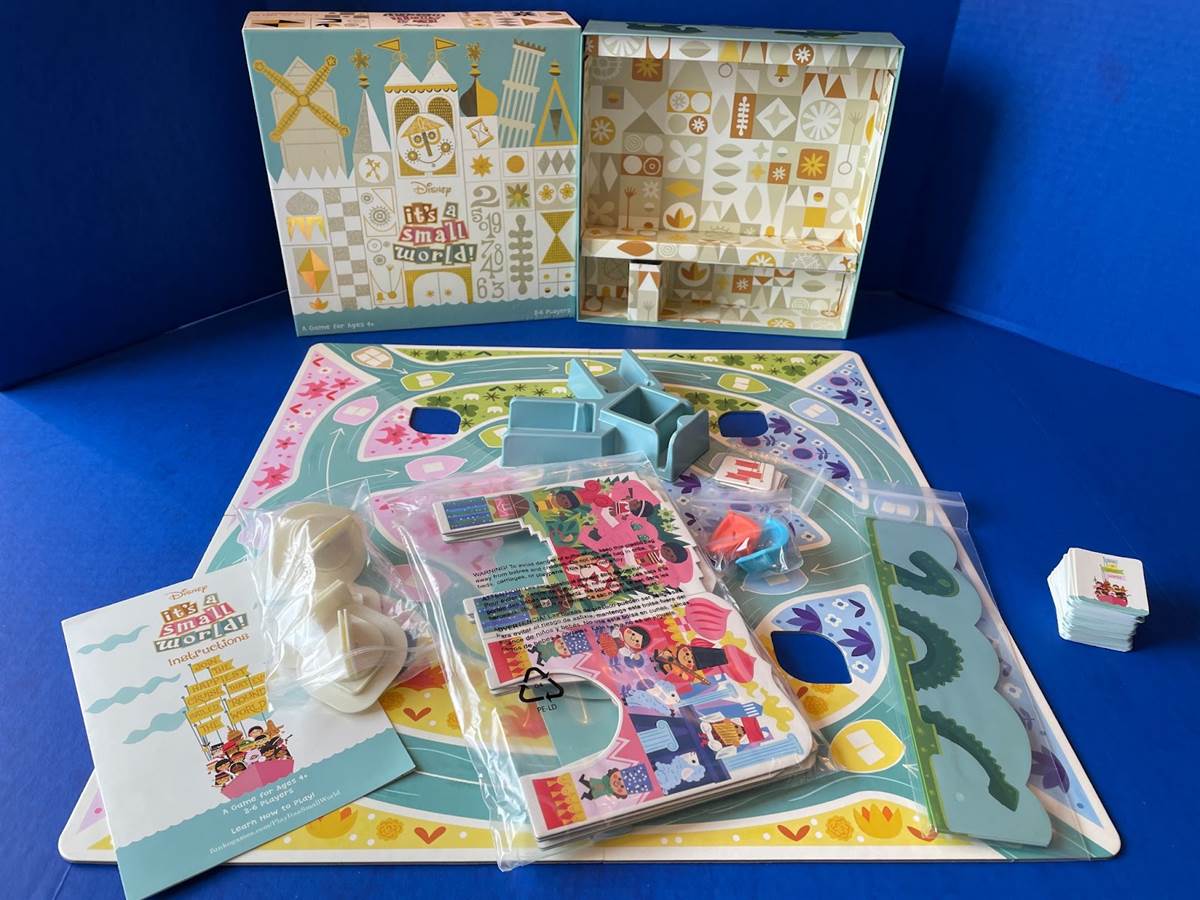 The gameboard unfolds inside the box and everything comes stored in nice and neat compartments. Setup is quick and easy, setting rotating plastic discs underneath the holes and connecting four double-sided show scenes that spin. 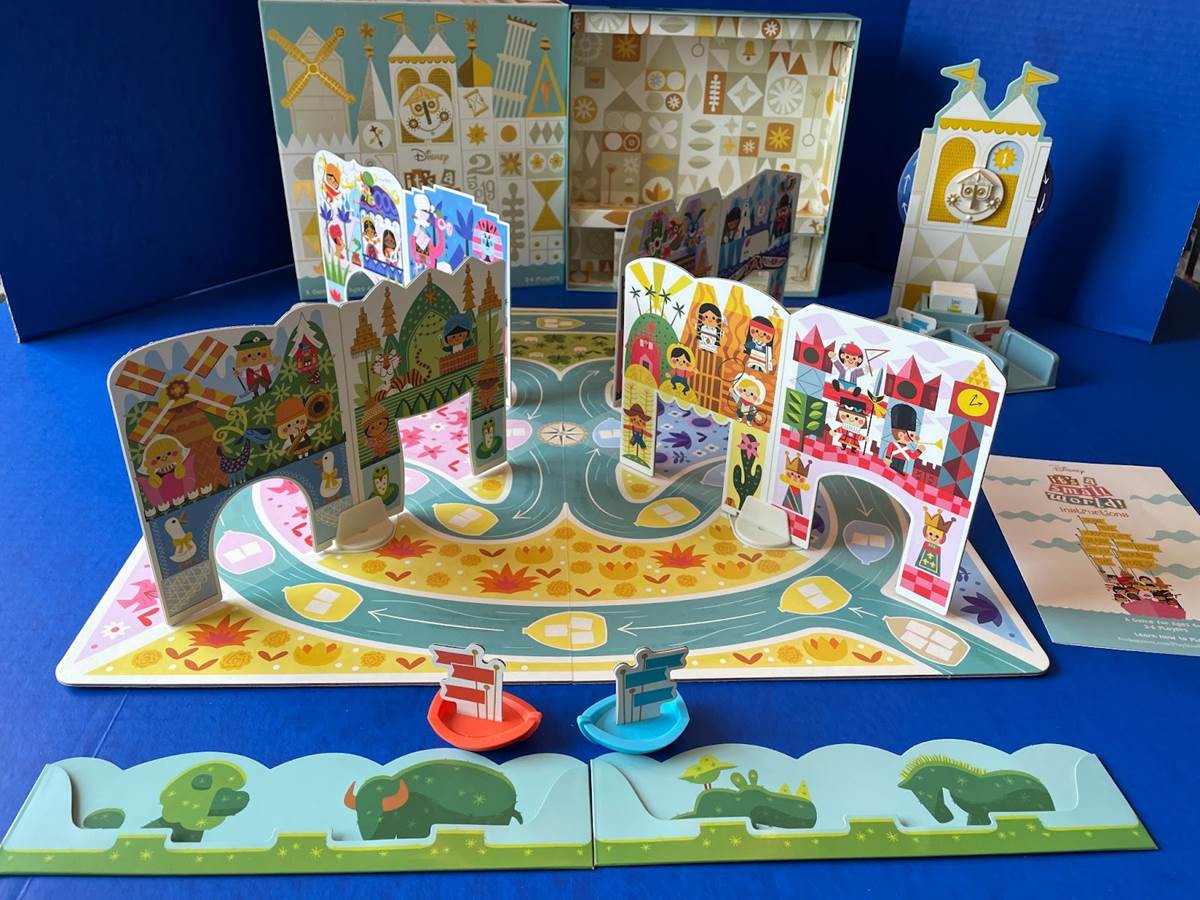 The centerpiece clock tower is what you use to keep track of the time of day in the game and the base holds the deck of cards and a place to store matched cards for the two teams. Players start with four cards, which include a mix of characters from the attraction, symbols to spin the show scenes, and a clock, which automatically triggers a rotation, bringing players closer to the end of the game. When players match a card to a room they’re in or complete a spin action, the card goes into their discard pile. 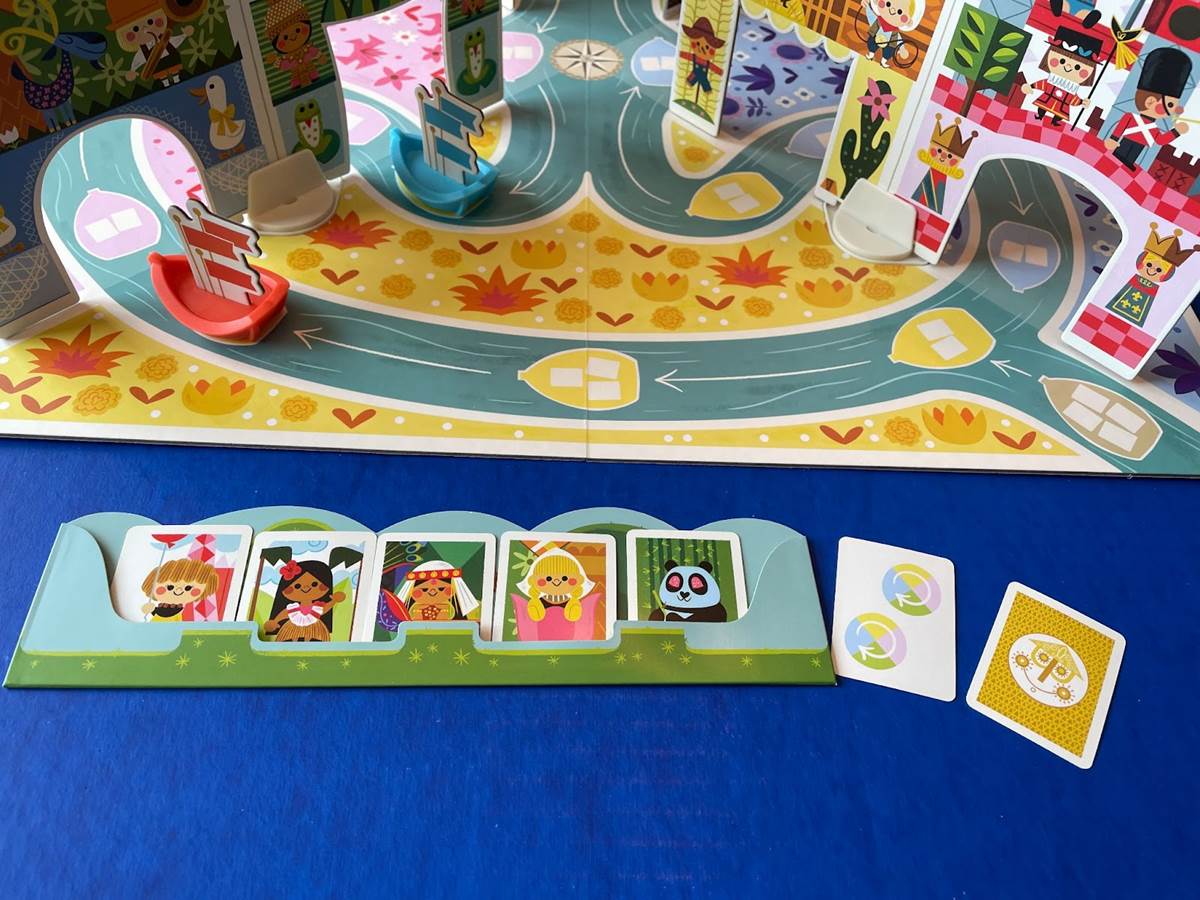 No dice are needed and the two teams start at opposite ends of the board, moving one space on each turn. Each space tells them how many new cards to draw. Part of the game’s magic is that when the show scenes are spun… 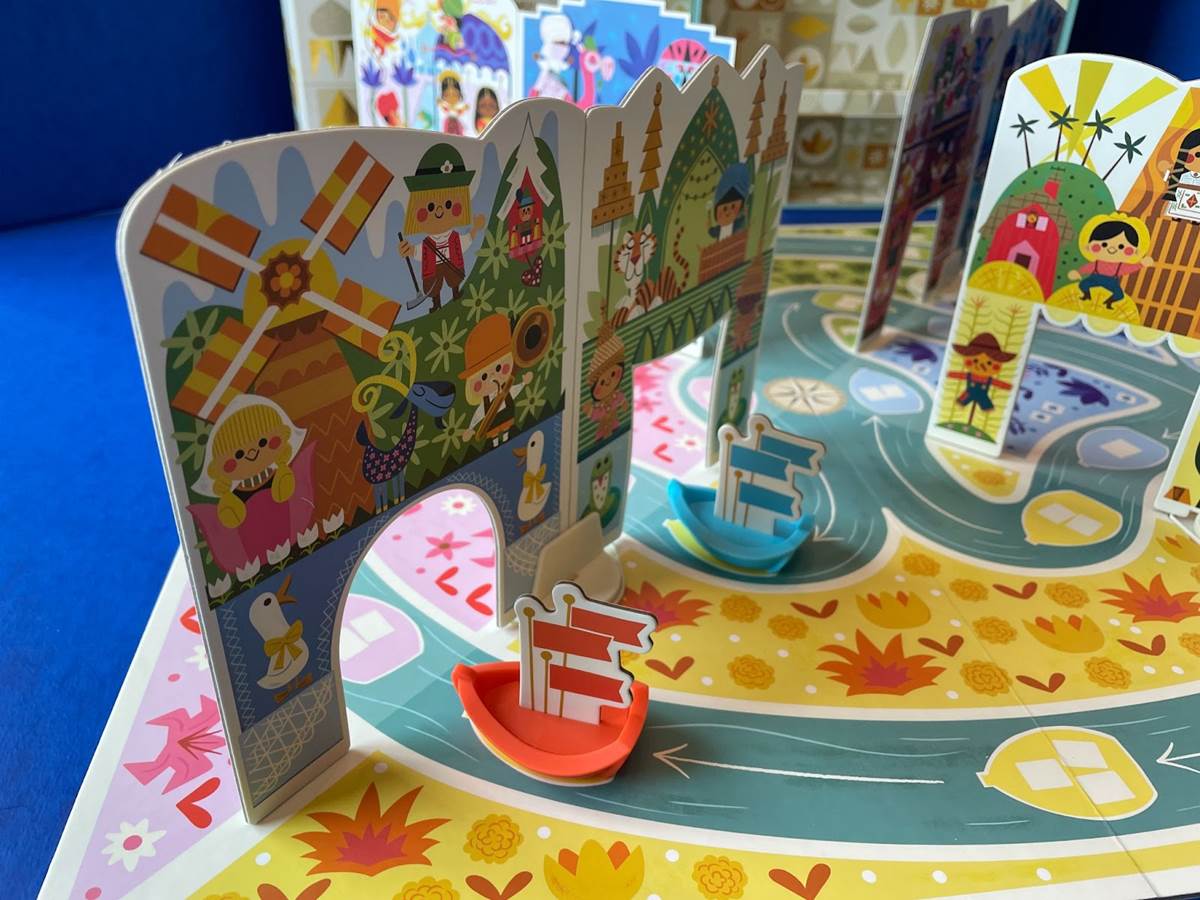 … They don’t collide with the boats. Kids will love getting to spin the scenes, which allows them to match more cards without having to wait for their next turn. Each frame contains two scenes on each side, each containing around 6 items that can be matched. It may sound easy, but there is strategy required and sometimes it’s a waiting game to be in the right place with the right card to add to your pile. The instructions have variations depending on the age of the players and how long you want the game to be, but in its longest form, the 7th turn of the clock shows the moon and the game is over. The teams count the cards in their discard pile and whoever has more cards matched wins the game. Perfect for Disney Parks fans of all ages, Funko Games’ board game adaptation of it’s a small world is sure to put big smiles on every player’s faces. And in case you were wondering, it doesn’t play the song, so that pessimist in your family doesn’t have to worry about that. 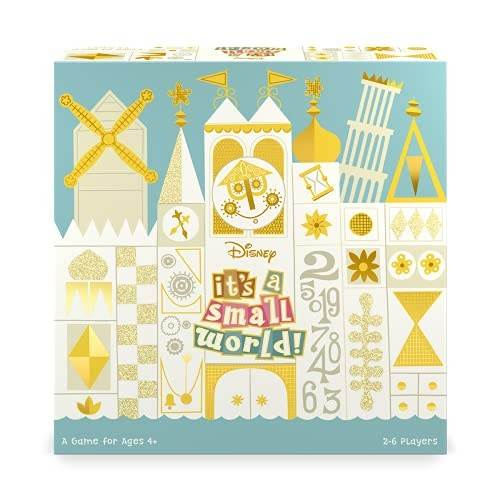