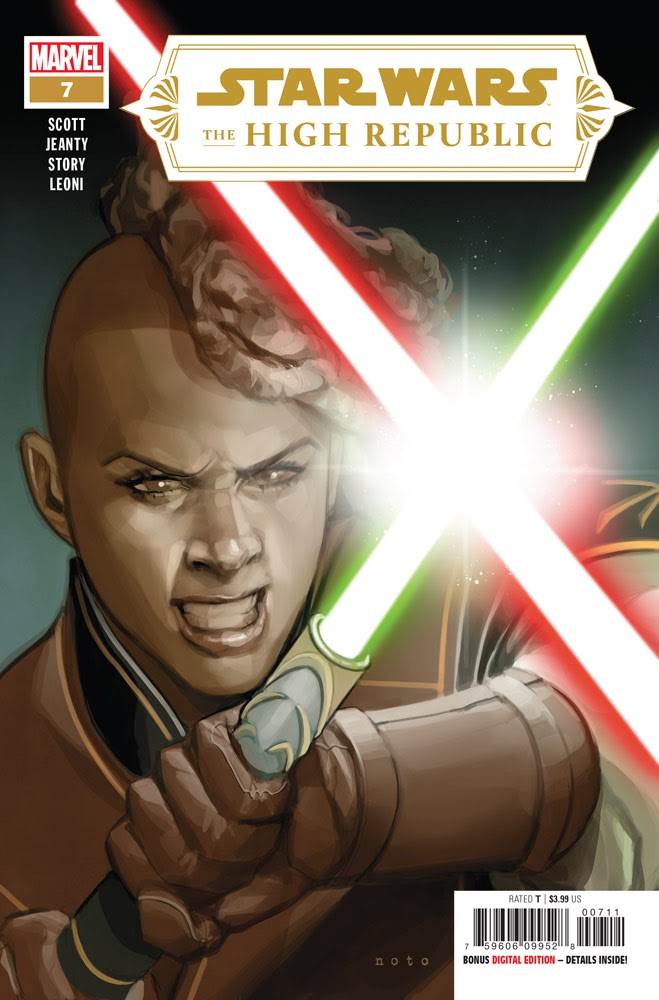 Though the Jedi Knights of the High Republic era have been dealing with a variety of baddies such as the Nihil and the Drengir, they haven’t yet had to go up against a member of the Sith Order. There’s a good reason for that– The High Republic takes place a couple hundreds of years prior to the events of the Skywalker Saga, but in the Star Wars prequel trilogy it’s made clear that the Sith have been in hiding for a much longer time than that.

But one look at the cover of Star Wars: The High Republic #7 from Marvel Comics will tell you that Jedi Keeve Trennis seemingly faces off against a red-bladed lightsaber wielder in this issue. It’s a little bit misleading, as that confrontation occurs in a mysterious Force vision, but that doesn’t mean it’s not an interesting endeavor trying to figure out what that vision means, exactly. Still recovering from her bond with the Drengir root-mind, Trennis finds her meditation session aboard the Starlight Beacon disturbed by a series of strange encounters within the Force. First, characters she’s met in previous issues pop up to evidently guide her along the path she’s currently taking (recognize that Amaxine space station from The Rise of Kylo Ren and The High Republic – Into the Dark?). Then, Keeve interacts with an enigmatic figure clad all in white, followed by a menacing-looking alien in a dark robe who happens to brandish the crimson lightsaber from the cover. This could all be easily written off as visions implanted by the Drengir’s dark-side abilities in an effort to throw Trennis off course, but then the white-outfitted spectre turns out to be real and none other than Wayseeker Jedi Master Orla Jareni, first introduced in author Cladia Gray’s previously mentioned novel Star Wars: The High Republic – Into the Dark. Does this mean the Sith-esque character is real and alive somewhere in the galaxy at this point in the timeline as well? I have a feeling we’re going to find out eventually as this story continues in the coming months. I love that writer Cavan Scott seems to be going back to the well of the Amaxine station, as I was certain there was more left to explore there about its history and connection to the dark side… not to mention the Drengir. I also like the team-up of Ora Jareni and Keeve Trennis on the latter’s mission to answer a distress call. I’m very curious to see how that relationship unfolds across subsequent issues, especially considering Orla’s Force-guided concern over how Keeve is approaching her own destiny. Plus, The High Republic #7 ends with a tantalizing cliffhanger of a final page– one that I’m almost entirely convinced will turn out to be another misdirect, but at the same time we don’t know the ultimate outcomes of any of these characters’ stories, so I’d argue anything really is possible. Scott and talented artist Georges Jeanty are still doing a wonderful job with this compelling, well-executed title, and I dare say it has become the Star Wars content I look forward to consuming the most each month. 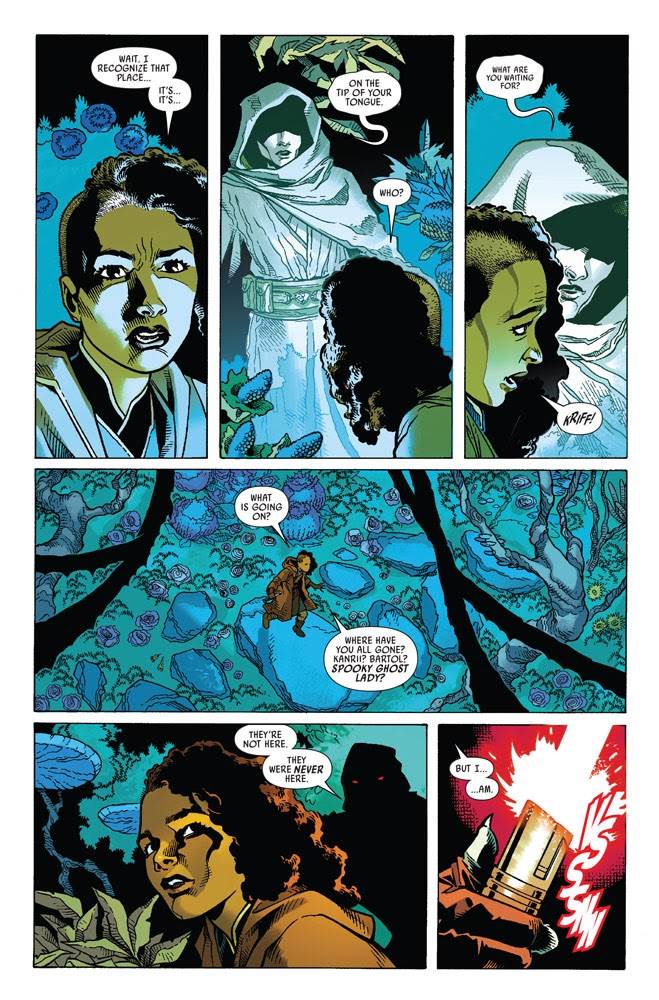 Star Wars: The High Republic #7 is available now wherever comic books are sold.