Disney Junior brings the fun and excitement of Marvel Comics to preschoolers with Spidey and his Amazing Friends! With a double-episode premiere on Friday, August 6th, kids will get to meet Peter Parker, Gwen Stacy and Miles Morales who work together to stop bad guys like Rhino, Doc Ock and Green Goblin. The series also goes beyond the Spider-Verse with Hulk, Black Panther and Ms. Marvel occasionally joining in. 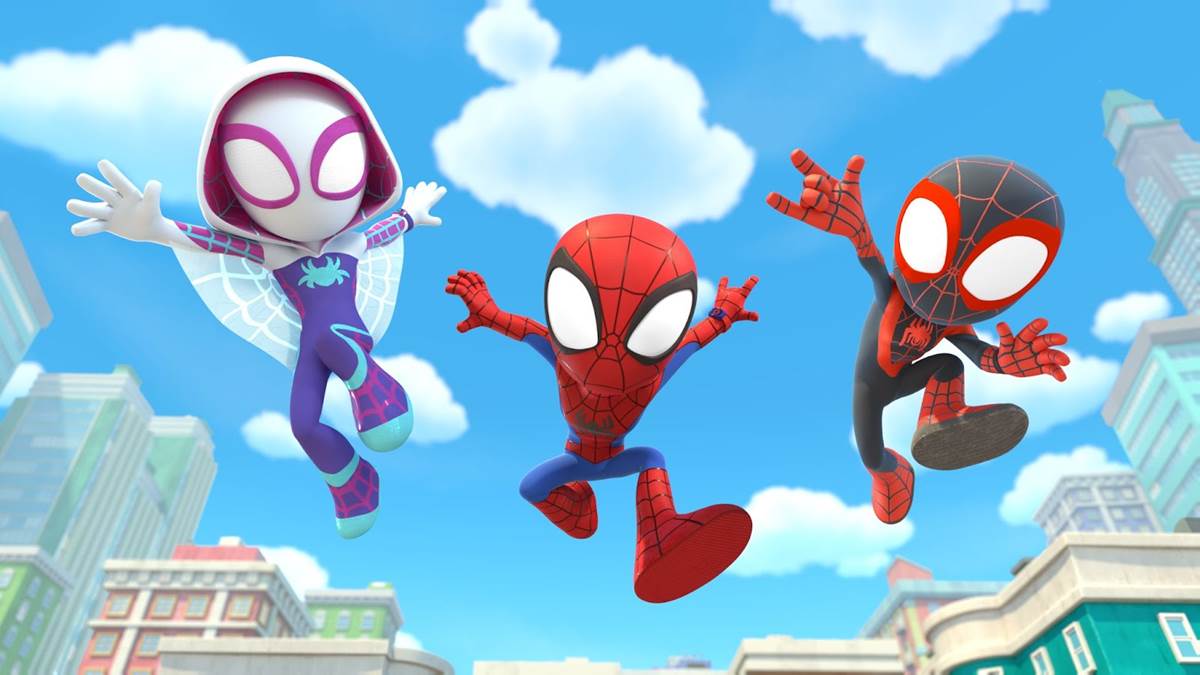 The series instantly grabs kids attention with a colorful opening and a new theme song written and performed by Patrick Stump of Fall Out Boy. Each of the three main heroes’ webs have been assigned colors, with Peter Parker retaining the original white while Gwen Stacy gets pink and Miles Morales’ webs are red. When it’s time to jump into action, the trio goes to “WEB-Quarters” for a musical transformation.

Reimagining the world of Spider-Man as kids, the show has made a few changes to the classic characters. When transformed, Peter becomes Spidey, Gwen becomes Ghost Spider, but Miles becomes “Spin,” a new nickname created for this series. Doc Ock is also a girl in this version of the story, giving the trio of villains some gender diversity.

Kids who have been to Avengers Campus at Disney California Adventure Park will love Tracy, Peter Parker’s personal Spider-Bot (they’re all over the Marvel-themed land at the Disneyland Resort). Spider-Man’s red and blue color scheme is assigned to Aunt May’s house, out of which WEB-Quarters rises from the ground when the Spidey Alert sounds. 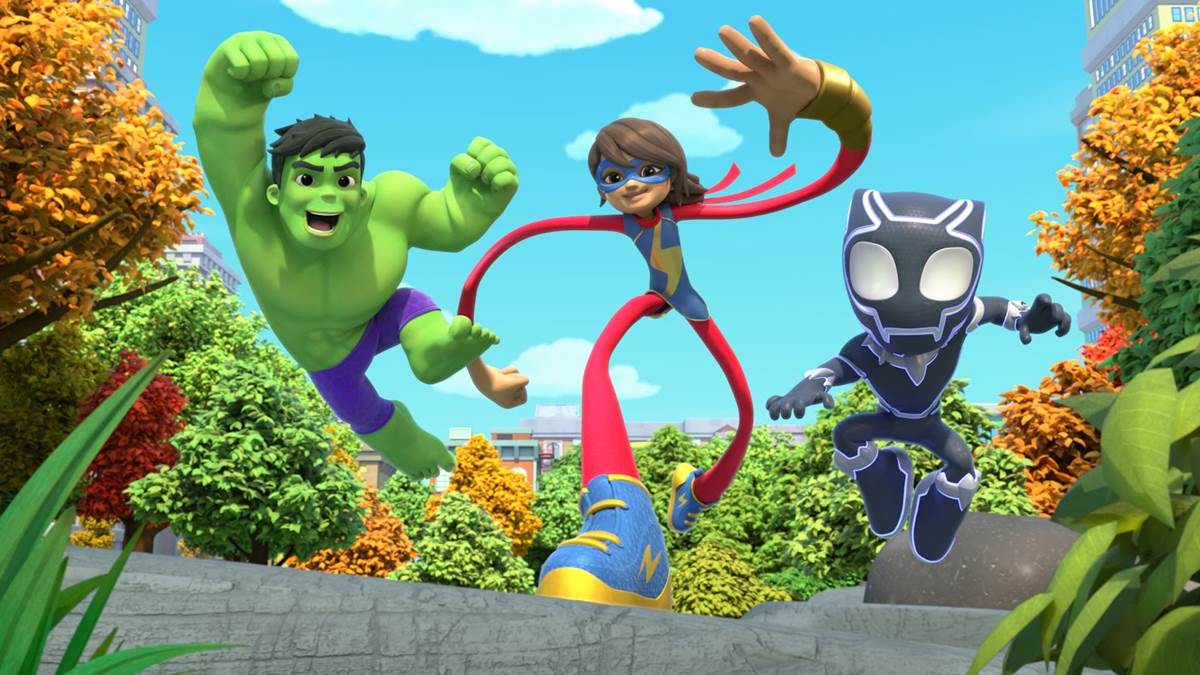 Aimed at a preschool audience, the mischief caused by Rhino, Doc Ock and Green Goblin is always kid-friendly. When Spidey, Ghost Spider and Spin show up to save the day, they do it by using their webs to stop the bad guys, never hurting them. Parents worried that the show might feature punching, kicking or hitting need not worry with Disney Junior’s Spidey and his Amazing Friends.