The days of the traditional free FastPass system at Disneyland Paris are officially gone as the resort soft opened the new Premier Access service today. Aside from waiting in the standby queue as usual or spending a portion of their wait time outside of the attraction queue with the free Standby Pass, guests now have the option to pay for Premier Access. Costing €8 to €15 per person, per attraction (with prices varying according to attraction and day of visit). This new Premier Access system can be purchased through the app (once in the parks) or in person at City Hall or Studio Services. 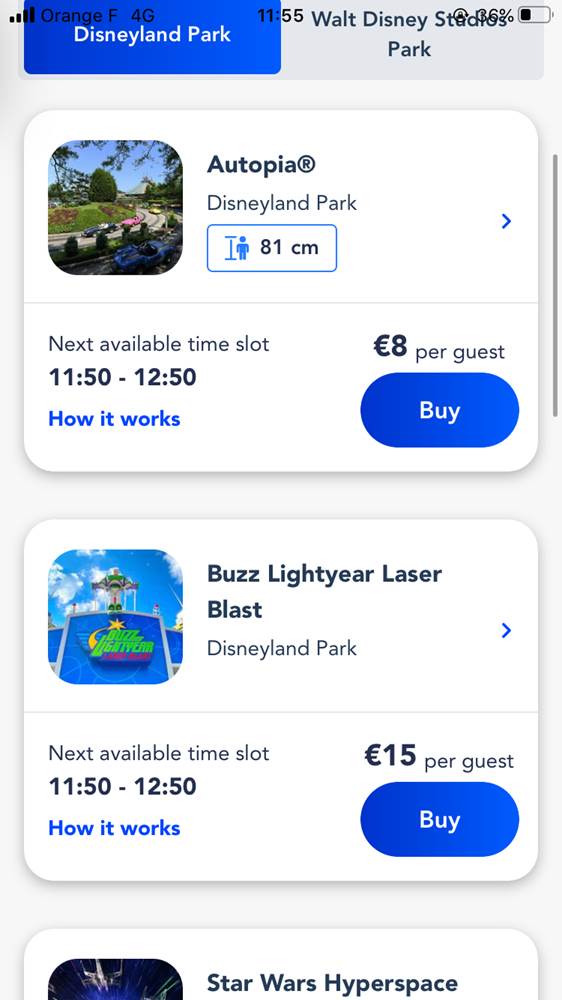 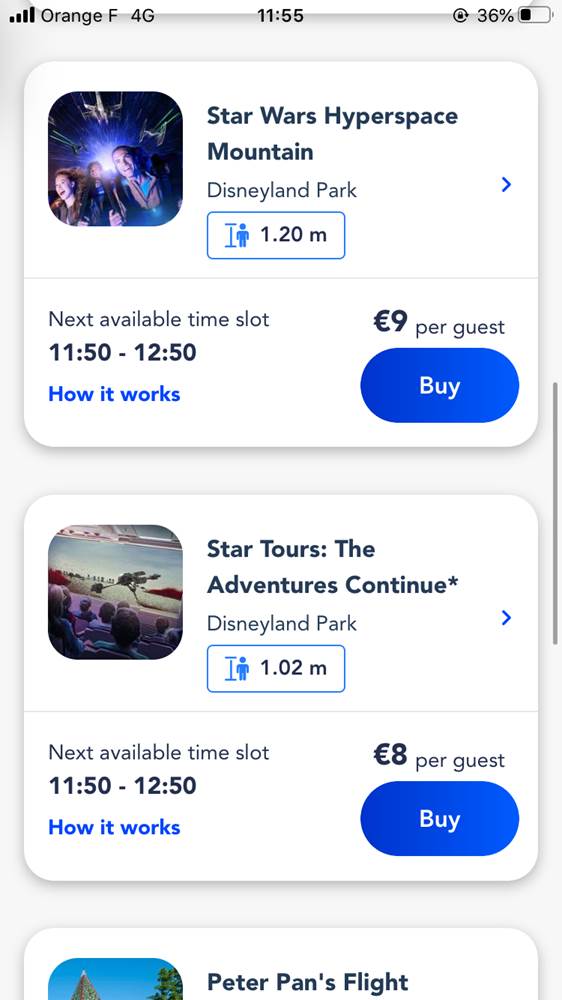 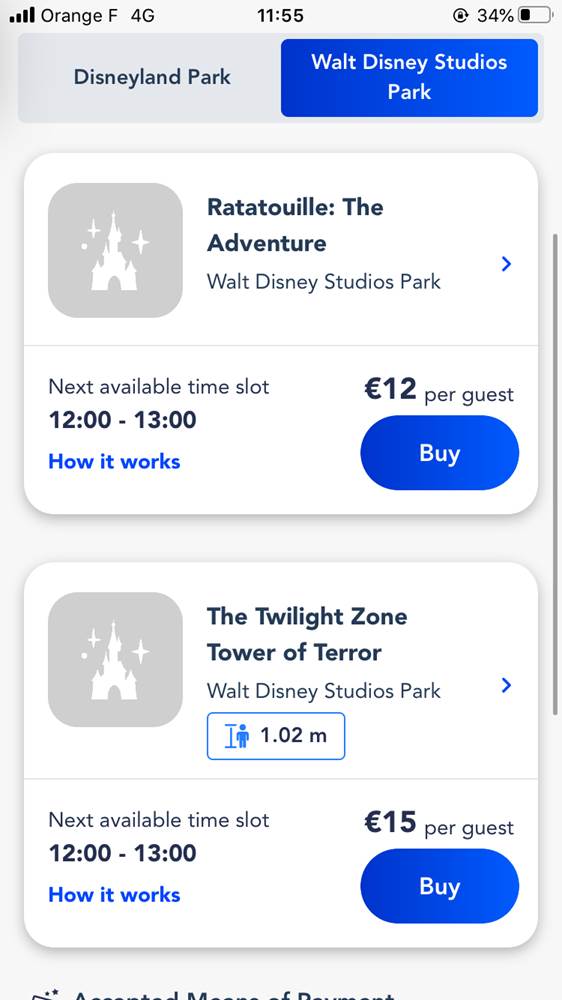 The prices for each attraction during our visit are shown on the app here – but these are subject to change depending on date of visit.

To test out this new system, we paid for one Premier Access Pass for Hyperspace Mountain for 9 Euro. We were able to purchase it through the app (with only a slight delay during the payment process), and the time slot was immediate. While there was no line for Premier Access – the attractions utilise the previous FastPass lanes, meaning they merge with the standby line at a certain point. For Hyperspace Mountain, these two lines merge quite early on – meaning we did still experience a 5-10 minute wait (while the standby wait time was 30 minutes). All FastPass signage has been replaced with themed Premier Access signage, and the overall experience was fine. However, it is important to note that Premier Access more often than not will still require (at least a short) wait time regardless. It essentially operates the exact same way as the previous FastPass system, and the process of purchasing the passes through the app is slow – but that is to be expected during these early days.