Michael Keaton’s First Starring TV Role: Why “Dopesick” Was a Project He Couldn’t Pass On

“When you read something that’s good, it gets real clear, real quick,” Michael Keaton revealed about his first starring role on an episodic television miniseries. The cast of the upcoming Hulu Original Dopesick gathered together at the Television Critics Association (TCA) Press Tour to talk about the new series, adapted for television by Danny Strong (Empire). “It just jumps off the page, as they say, the words just jump off the page.” The legendary film actor not only appreciated that the project touched on a serious issue, the opioid crisis, but also the quality of the cast. ”I’ve been fortunate to have acted inside a lot of good casts. This was crazy…. Performance after performance, scene after scene. That doesn’t happen a lot… Everybody, really strong, really impressive.” 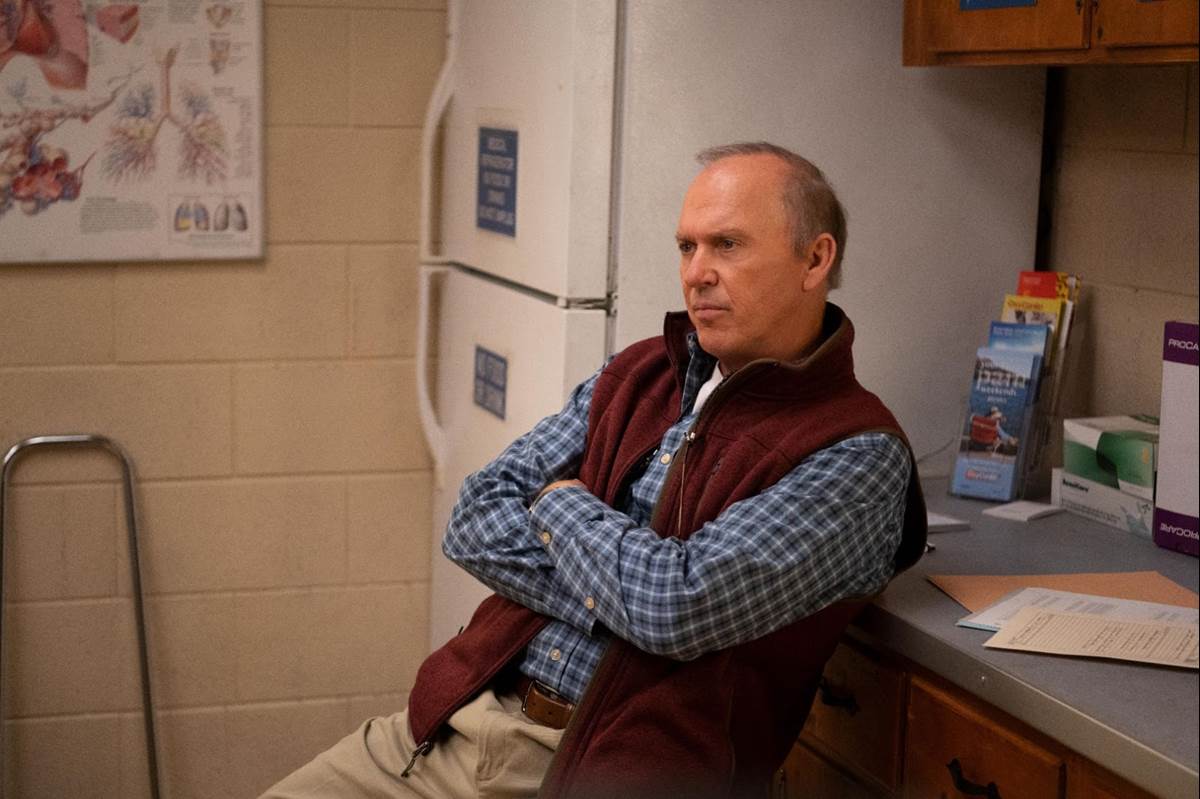 Based on the book Dopesick by Beth Macy, the series uses a mix of real characters and fictional ones to tell a story that will resonate with viewers. “I was trying to represent the totality of the experience and the universality of the experience,” explained writer and executive producer Danny Strong. “In some cases, we've got real-life characters and we're watching them do what they did, particularly with Peter [Sarsgaard as Rick Mountcastle] and John [Hoogenakker as Randy Ramseyer]. Rosario [Dawson]'s character is more of a composite, but we do a lot of real-person investigation as part of that. But then I thought, for the victims, that by creating composite characters, we could get more anecdotes of what really happened to people in those storylines.”

Michael Keaton’s character, Dr. Sammuel Finnix, was inspired by three different doctors, two of which were interviewed by Danny Strong for the project. One of the ways Michael Keaton was able to relate to his character was through their shared upbringing in Pennsylvania. “Danny and I discussed this… How did he get there, you know? He’s not born in Virginia, but that’s where he chose to go, and he also followed the woman he was in love with and then fell in love with the place and its people… I don’t pretend to say, ‘Oh, yeah, I know these folks. I’m down with it.’ But I kind of do, to some degree or did, and so it’s not too far from where I grew up just outside of Pittsburgh, southwest of Pittsburgh. But what you learn is, that’s the hotbed where a lot of these stories take place, but it’s all over… I relate to the doctor’s mission or what he chose and, hopefully, I’m somewhat like him because I think he has a high degree of decency.”

Rosario Dawson plays Bridget Meyer, another amalgamated character who worked for the DEA in the mid ‘90’s and was one of the first to raise alarm bells about Oxycontin. “I had just heard a podcast and was just following the news when activists were going and trying to push for them to get off of boards,” the actress explained about the perfect timing of this project landing in her lap. “That was the first thing I’d heard about particularly the Sackler family… I read Dopesick, I read Pain Killer, and a bunch of other things to kind of just get a better handle on this whole space. And the fact that it’s still ongoing is unbelievable.” 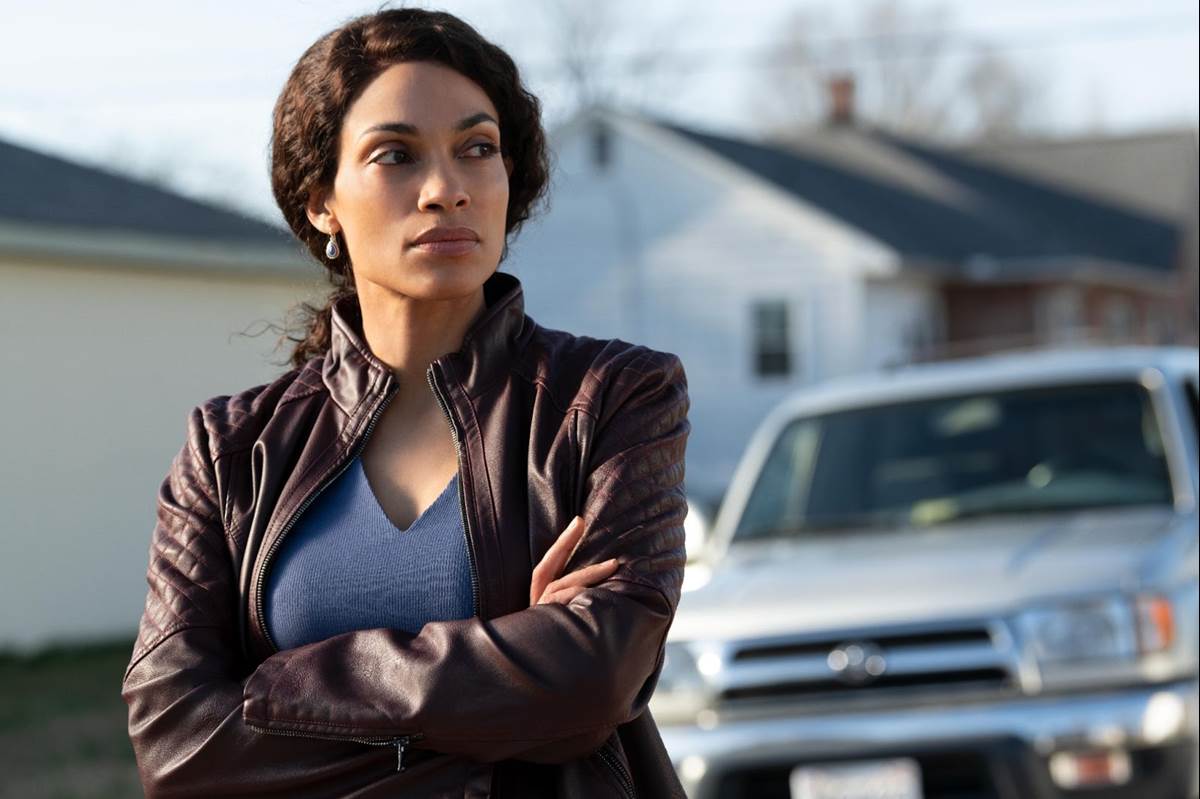 Three years in development, Dopesick is the type of landmark limited series that creates a special shared moment for viewers. “It took me about a year to write the pilot and to sort of research the whole thing, it was so extensive,” Danny Strong revealed. “And then it was two years straight, full time, starting about two years ago, to be honest with you. And it's still going on ‘cause I'm still cutting the episodes. It was a really intensive process and I was thrilled to have so many incredible people involved with it. Barry Levinson, one of my heroes, directed the first two episodes. I mean, I can't tell you how exciting that was. And Beth Macy is just a national treasure and a gem of a human being. So to have her in the swimming pool was also great, too. It was a lot of incredible people who came together to put this show on.”

“So much of what you find and discover in this story as it evolves is stuff that we’ve all seen,” Rosario Dawson added about eye opening moments viewers can expect. “You go to the hospital now, how they talk about pain and how they prescribe and how they do all this different stuff is something that we’ve all seen shift. But we don’t really know the players and the things behind it and how. And I think being braced with that information and being able to story-tell that back to people is going to empower them, hopefully, to make better decisions going forward. Because so often that type of information is just not given to us. To have the ability to tell these real people’s tales is going to bring humanity to a situation that unfortunately has seen a lot of inhumanity.”

Beginning October 13th, Hulu subscribers can start experiencing this deep exploration into the dawning of the opioid crisis in Dopesick.