“I signed my life away to Disney at a very young age,” Selena Gomez explained at the TCA Summer Press Tour while talking about the Hulu Original comedy series, Only Murders in the Building. In 2007, Gomez signed a contract with Disney Channel that led to her becoming a household name through the sitcom Wizards of Waverly Place, which also launched her recording career on Disney’s Hollywood Records. “I didn’t know exactly what I was doing,” she shared about her level of experience in show business at the time. “The level of sophistication of the material is the first reason why I wanted to do this… It’s really nice to be back on TV and it’s nice to be cast as my actual age, which never happens.” Only Murders in the Building follows three residents of an exclusive Upper West Side apartment building who are united by their love of true-crime podcasts. When a murder occurs in their own building, they decide to document it in audio form. “It was conceived not for me and [Martin] Short and Selena Gomez, it was just conceived as an idea that it would be cast,” Disney Legend and series creator Steve Martin revealed about the origins of the show, not originally planned as a comedy. “It was actually conceived for older actors.’” It was Martin Short who reminded Steve Martin of his age. The comedic duo’s onstage banter is often cutting and biting of each other, which extends to their characters in this series. However, they actually have a lot of respect and admiration for one another off screen, a friendship that goes back decades.

“We've been doing an extended tour of our two-man show for many years now,” Martin Short shared. “But to extend it to television was never, up until Steve had his meeting with Dan [Fogelman, executive producer] and they got thinking about the series, he and I had never talked about, hey, we should do a TV series together… And then I agreed to do it, and then when they hired the director, they had Steve read,” Martin Short joked in a style that only he and Steve Martin can pull off with charm.

Producer Dan Fogelman, whose recent TV hits have included This is Us and who served as a writer on animated films including Cars and Tangled, wasn’t looking for more work. “It was one of those things that just kind of happened,” he shared. “I had a general lunch with Steve [Martin]. My producing partner and I had been chasing just having a lunch with one of our heroes and Marty wasn’t available.” Quick to throw in a jab, Steve Martin interjected “No, he was, he was,” to which Martin Short followed it up with “I just wasn’t invited.” Back to Dan’s story: “I’d been really reluctant to take on another show while This Is Us was still going because I like to get really involved and be involved with the scripts and the edits. So it kind of took something special and when Steve had said the idea and the opportunity to work with these three guys, that was kind of the thing that moved it forward.” 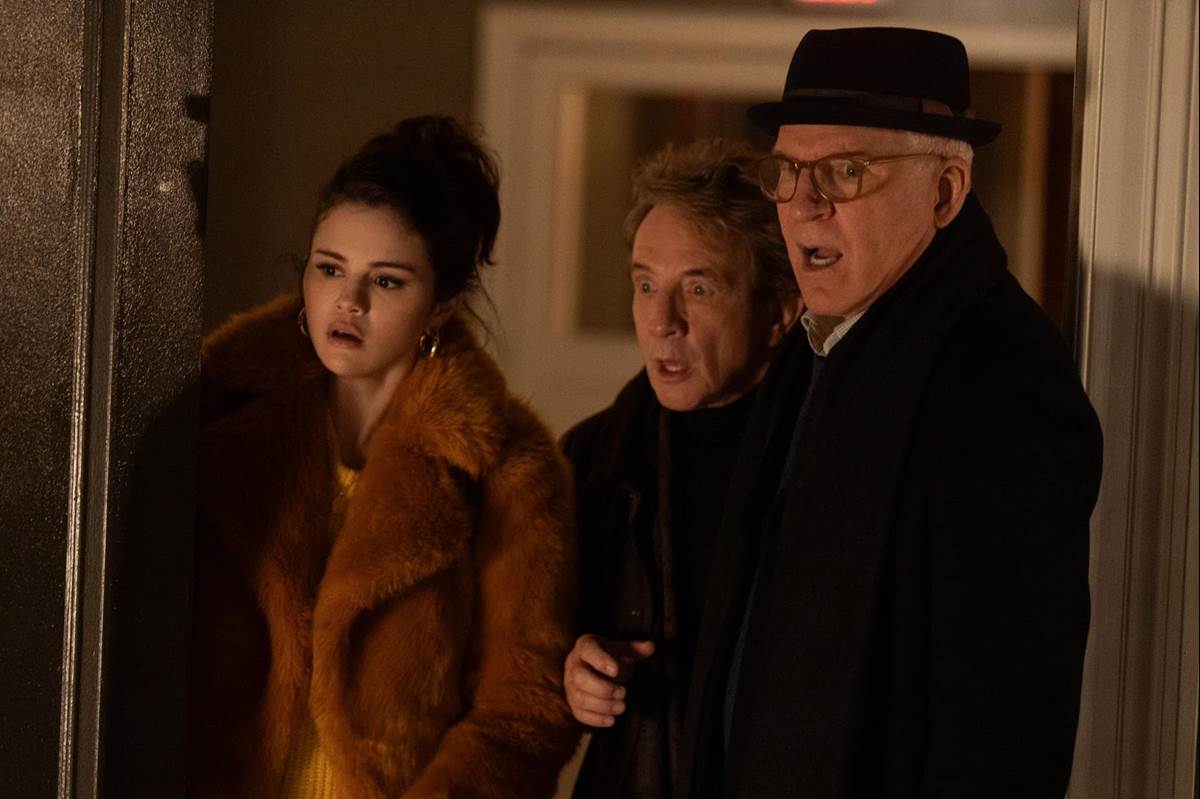 “What I think is really special is that they have a sense of humor that doesn't exist anymore, in a way,” Selena Gomez shared about the comedy legends she shares this project with. “It's very light, and I think for me, that was something that I really appreciated… I just really hope that I can live up to these incredible people.” Going back to what she said earlier about not knowing what she was doing as a teenager on Disney Channel, this experience is one that helped the multi-hyphenate add new skills to her toolbox. “I learned a lot from the first episode to the end. I even made a joke to John [Hoffman, executive producer] about how I wish now I could redo the entire first episode, because of how developed I felt towards the end.”

“What I love about the end product of the show is the three different energies of the actors,” Martin Short added with sincerity. “I kind of play it very real, Steve goes way over the top, and Selena grounds everything in this kind of dry, hilarious delivery. And the combination, I think, is perfect. And it was a dream to work with this brilliant, young lady.”

“I believe when Selena's on screen, the show is suddenly elevated,” Steve Martin concluded. “It's more mysterious, it's more interesting. There's an old cliché, the camera loves her. And I would say the camera likes me, and it's fine with Marty.”

You can see Steve Martin, Martin Short and Selena Gomez unite as a new pair of “Three Amigos” on August 31st when Only Murders in the Building premieres only on Hulu.