SIGGRAPH 2021: The Technical Magic of Disney’s “Raya and the Last Dragon”

Walt Disney Animation Studios’ Raya and the Last Dragon posed new technical challenges for the studio that Walt built. Through a presentation at SIGGRAPH, six representatives from the team explored the technical details that viewers probably don’t think twice about when they see the film. Enhance your next viewing experience with this event recap. 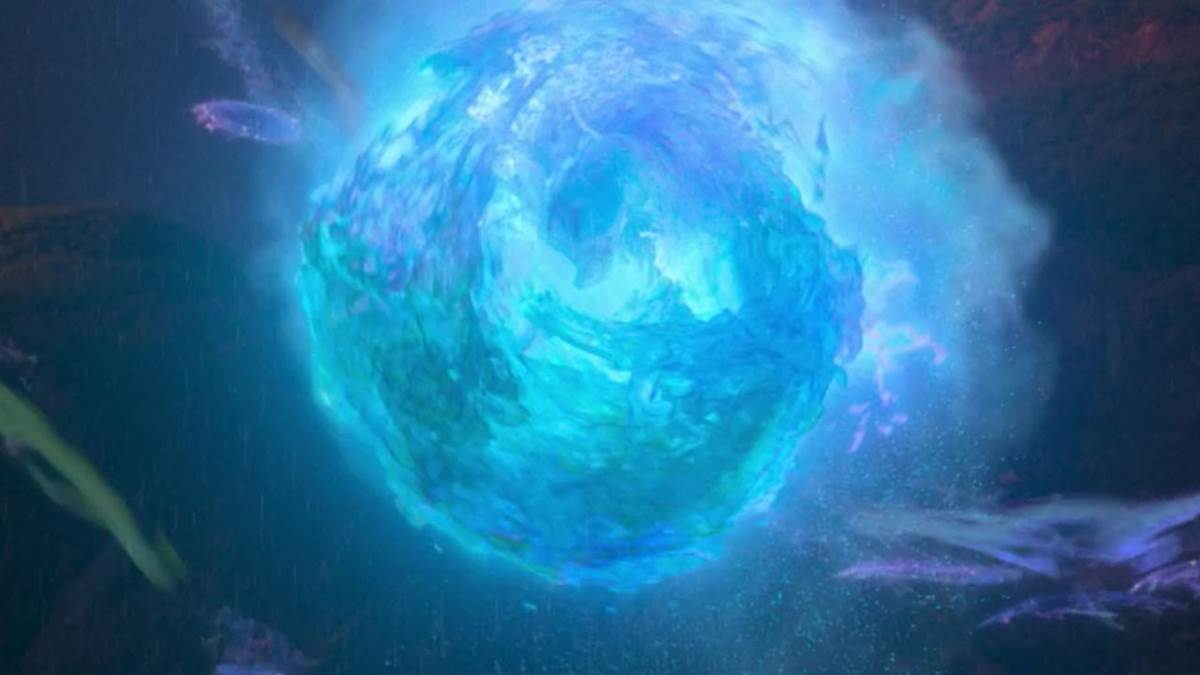 Visual effects supervisor Kyle Odermatt shared that Raya and the Last Dragon was one of the studio’s most visually challenging films, with each kingdom of Kumandra featuring its own distinct climate and topography. Carlos Cabral served as head of characters and technical animation on the film, sharing that the performance requirements of the human characters and creatures required a lot of collaboration with all stakeholders in the process. In this case, a back-and-forth process occurred with the art direction and 3D modeling teams, with examples including the length of Tuk Tuk’s legs and the amount of wrinkles on Tong’s face.

Head of environments Larry Wu shared that the team was able to borrow some digital assets from previous projects, calling out a coconut palm from Moana with new shading to fit Kumandra and reference from the Enchanted Forest in Frozen 2 compared to the land of Spine with its snow covered floor and red trees. Some details you might have missed include the design of the boats in Talon, which are all shaped like sea creatures or made from large shells. Larry also talked about the set extensions employed on the film, which helped create the film’s many sweeping shots.

The directors of cinematography for layout and lighting, Rob Dressel and Adolph Lusinsky, shared how the film’s color script drove their choices. The film’s themes of trust and distrust are enhanced through the use of two different approaches for each, with a story graph created to help them compose the placement of camera, focus, and amount of grain applied. There are also atmospheric changes depending on whether the scene incorporates trust or distrust, with mist and steam often present in moments of trust while dust and smoke fill the air in scenes of distrust. 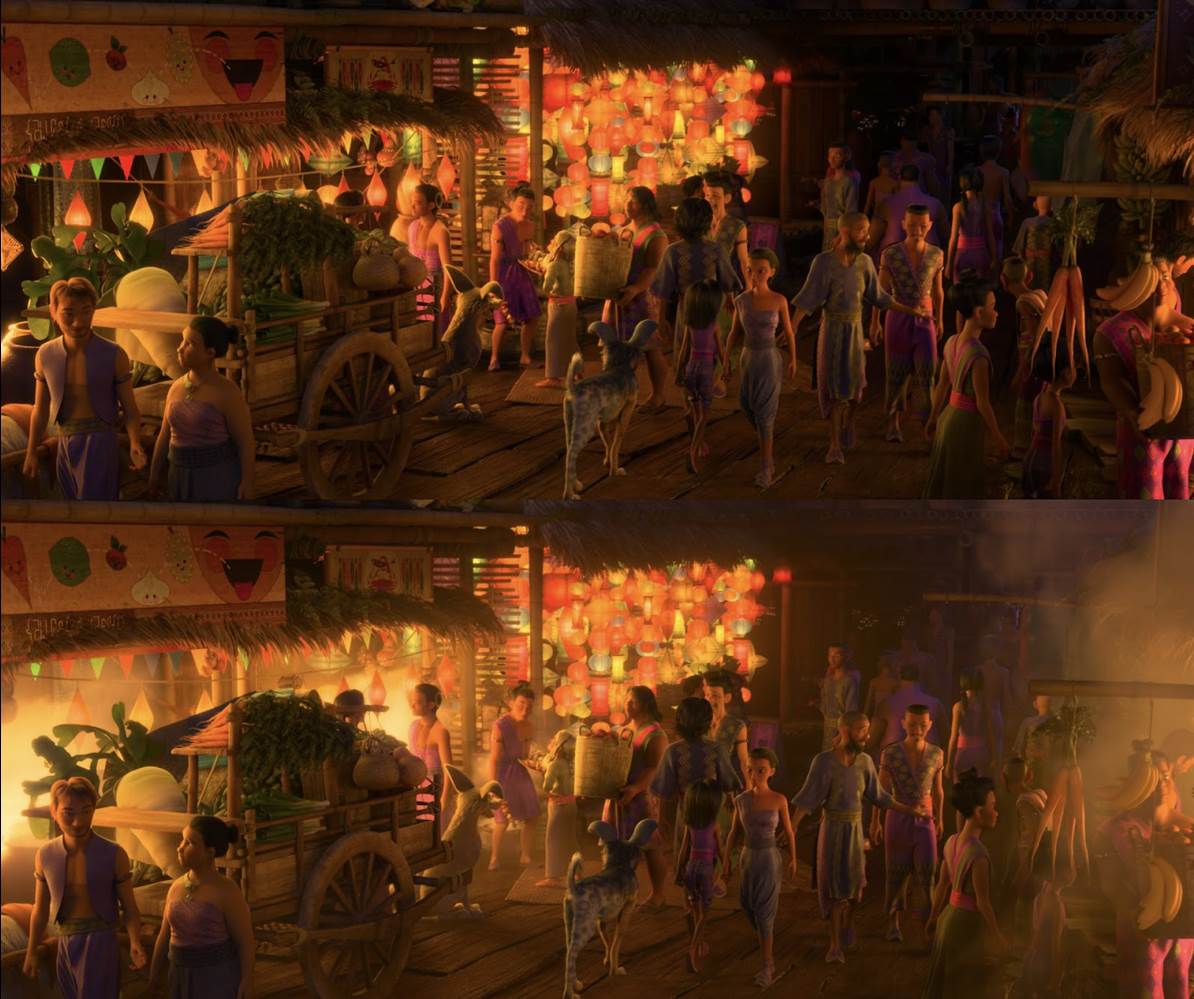 Head of effects Michael Kaschalk primarily talked about the Druun, characters that are essentially special effects. After  much exploration into the look of these soul-absorbing beings, a constant inward action was created for each, with wispy elements constantly being sucked back in. Surprisingly, hand-drawn animation tests by Peter DeMund helped cement the look of the creatures and other exploration included how they replicate, emit light, and disintegrate when destroyed.

It should come as no surprise to animation fans that the water in the film posed some new challenges on the film, from a pot of soup bubbling over a fire to the way the river of Kumandra changes in each land. But mostly, it was the magical properties of water that had to be customized here. One of the film’s most visually striking moments is known as “Rain walking,” when dragons use raindrops to traverse through the air. The shape language of each mid-air ripple effect is enhanced with Disney magic and iridescent qualities complete the look. The moment where Sisu is reborn was another technical challenge. While the team wasn’t able to combine the human and dragon forms of Sisu to create a seamless transition with the assets available, they were able to use columns of water to create her magical rebirth.

Think about all of these technical challenges the next time you watch Raya and the Last Dragon, now available on home media formats and streaming on Disney+.