The Future Is Vampire: The Cast and Creators of FX’s “What We Do in the Shadows” Talk Season 3 and Beyond

Tags: Disney TV, FX, Hulu, TCA, What We Do in the Shadows

If there’s one thing viewers of What We Do in the Shadows know for certain, it’s that Nandor, Nadja and Laszlo have lived so long that they’re not going anywhere anytime soon. With the third season scheduled for a double-episode premiere on September 2nd, the FX comedy has already been renewed for a fourth season. During TCA’s Summer Press Tour, the cast and producers got together virtually to spill a few secrets on where things are heading in season three, and what may be in store for season four, which begins filming next month. 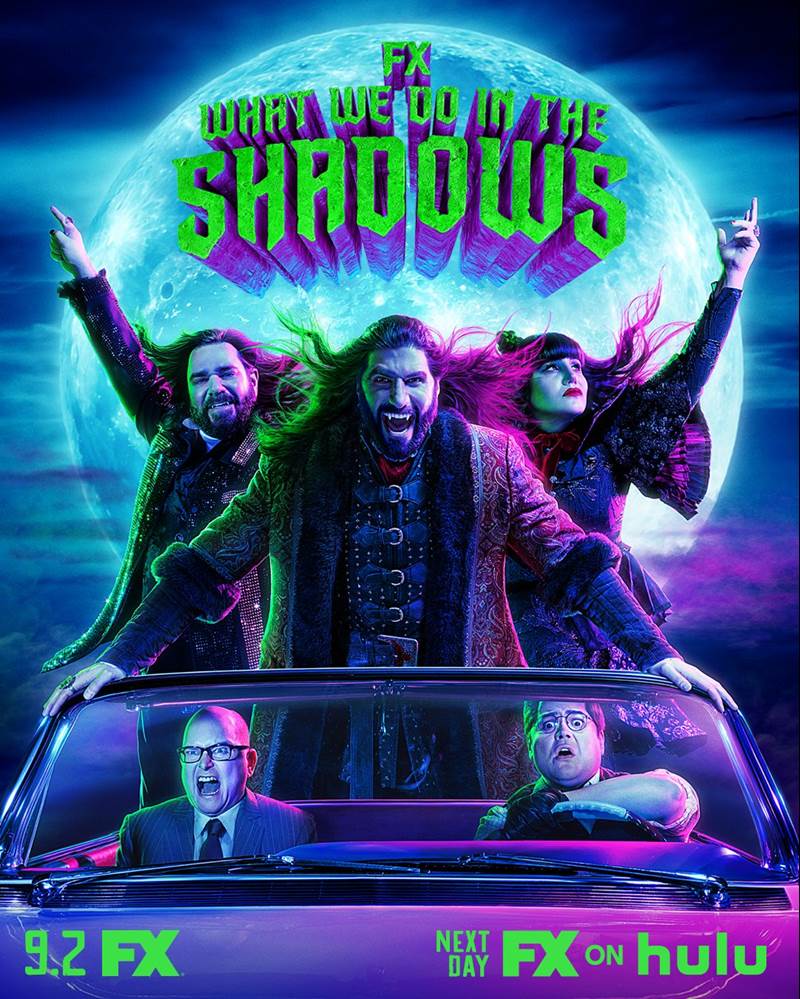 Season three will reveal that Colin Robinson, the energy vampire of the house, also has some age defying properties. “He's kind of trying to figure out where he came from and where he's going,” actor Mark Proksch explained, adding that even in the show’s universe, there’s not a lot of information about energy vampires. “I will say there's a pretty huge twist for Colin Robinson in the final episode that plays off his hundredth-year birthday.”

Nandor the Relentless has an “Eternal-life crisis” this season, prompting a new character arc. “Nandor is looking for love, which has been very fun to play all aspects of what happens when you do look for love,” Kayvan Novak revealed.

“You are happy, you are sad, you are depressed, you are horny, you are horny-depressed, you know. You fall in love,  you fall out of love, you rekindle love. Nandor seems to have done it all this season. In fact, I don't know where else there is for Nandor to go, which is why I'm resigning,” the actor jokes, temporarily stepping out of frame on his Zoom screen, before seriously adding “I've been spoiled with Nandor stories this season, and I've enjoyed every one of them, and that's down to Stefani [Robinson, Executive Producer/Writer] and Paul [Simms, Executive Producer/Writer] for me.”

Nadja and her ghost, which is still trapped in doll form, will also have a falling out. “[It] is interesting because it's a battle between a woman and an identical version of her own mind, and it's a really good one,” Paul Simms revealed. “We had stand-ins who were amazing,” actress Natasia Demetriou shared about working with a CG character whom she also voices. “It was quite challenging… You're not allowed to move anything because it has to be replicated and I'm quite clumsy and stupid, so, I would constantly move things and that would really stress the art department out. But, you know, that's what I'm there for. Keep them on their toes.” 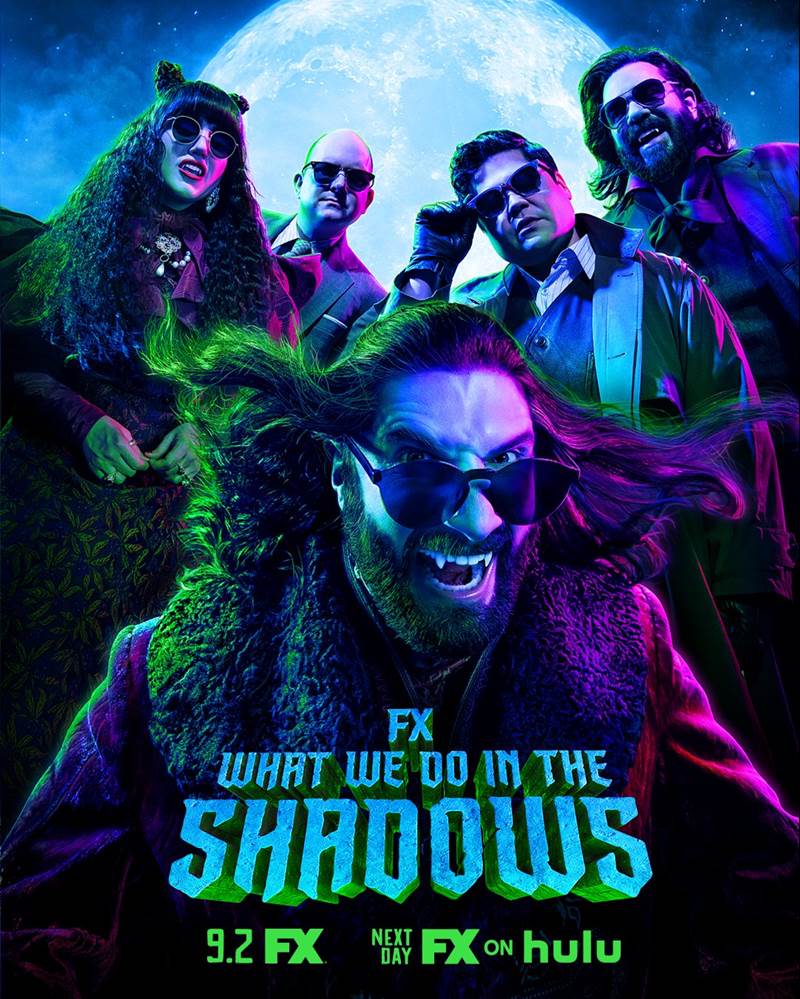 Perhaps the thing that will have the biggest impact on the arc of season three is that in the wake of Guillermo wiping out the Staten Island Vampire Council from the season two finale, Nandor, Nadja, Laszlo and Colin Robinson get promoted, which allowed for new hilarious situations. “Nandor, though he's a relentless warrior, when it comes to ruling he's a little more merciful,” Paul Simms shared. “Nadja is a little more bloodthirsty and wants to rule with an iron fist. Laszlo says he did not become a vampire to be a paper pusher and doesn't [care] about official vampire organizations. Colin Robinson is very happy to be the secretary and take the minutes, which is the most boring job in any organization. And Guillermo is behind them all whispering and trying to play a game of chess about who controls what and how he can get a little more respect and power himself.”

Speaking of Guillermo, who gets to go on an international mission this season, we will also learn more about where he comes from… in season four, that is. “You're going to meet all of Guillermo's family in a way that makes Guillermo very anxious,” Paul Simms promised. “And we're going to learn that if he has Van Helsing DNA, then so does the rest of his family, even though they might not realize it themselves… We'll also learn in season four Guillermo is feeling the effects of having dedicated ten years of his life to these vampires and sort of neglecting his responsibilities to his family and how he tries to make amends for that.

This was all news to Harvey Guillén, who confessed that he doesn’t get to learn much about his character until it’s time to shoot. But Harvey did praise the show’s commitment to representing his character’s heritage with authenticity. “We have an amazing prop master, but they got the wrong buñuelos, they got Salvadorian buñuelos, which are different than Mexican buñuelos and Guillermo is Mestizo and Mexican,” Harvey explained about a scene in the third season. “So I made the buñuelos myself right before we shot that scene, with sugar, cinnamon, flour tortillas, and oil. We did it just because it was down to the details. Stefani and Paul were really great about incorporating me into that scene and saying how would you talk? How would you say this? What would be the interaction with your mom? So it really makes a difference, it really does… I'm really excited for the future for Guillermo.”

Not to be left out, Paul Simms also promised more music from Laszlo Cravensworth this season, with actor Matt Berry having his own music career outside of the show. Season three will introduce new supernatural beings to the series (sirens, gargoyles, and the first vampire), human oddities (wellness cults, gyms, casinos) and more. The fun begins September 2nd on FX, with new episodes launching the next day on Hulu.