The Team Behind FX on Hulu’s “Y: The Last Man” Talk About How the Story Was Updated for 2021

“It hasn't changed that much,” showrunner Eliza Clark said about Y: The Last Man, an FX on Hulu series based on a DC comic series that premieres September 13th. At the TCA Summer Press Tour, the cast and creative team gathered together to give some insight to the project, which has been in development in various forms for years. The comic and series both deal with an event that kills off all mammals with a Y chromosome… all except one. 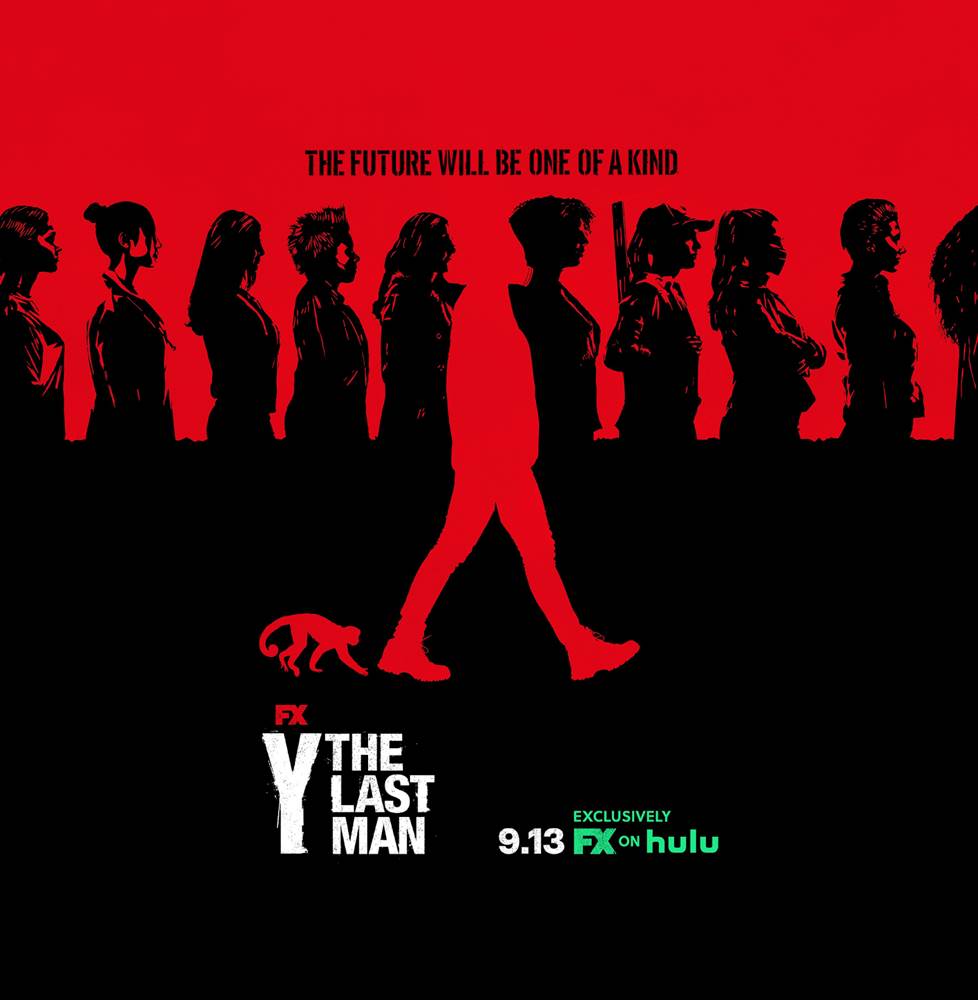 “It was super-competitive,” executive producer Nina Jacobson explained. “It had been in development for a long time as a film at Warner Bros. When it came up for option, it was very fiercely competitive, and [comic writers Brian K. Vaughn and Pia Guerra] were very committed to a partnership with FX.” Jacobsen added that the writers made themselves available as a resource to the writing team, but ultimately took a hands-off approach with the television adaptation. “I think a lot of what enthused him about [Eliza] and her take was that it opened up the world so much more.”

Originally published in 2002 and written following the events of 9/11, the team behind the series couldn’t have imagined that they would be producing a show about Americans responding to a crisis during another one. Filming had to stop due to the global pandemic. “I don't think anybody could have imagined some of what we have learned, even in this last year or so, about how hard it is to hold it together in a crisis,” Nina Jacobson added. “We would like to think of ourselves as people who come together in a crisis, but we have not proven ourselves to be those people. And I think that the show does reflect a lot of the 2020 moment in a way that none of us could have anticipated.”

Diane Lane headlines the talented cast as Jennifer Brown, the First Lady who becomes President when her husband dies during the Event. “Eliza Clark has given the world a gift in her iteration of this source material,” the actress revealed, having previously been attached to the project before it found its new home with FX. “Whatever earlier versions there were, were completely blasted away, even in my memory, by creating this world with this beautiful, amazing cast with such devotion.” “I think it is a beautiful story about survival, and it examines characters in a landscape that is constantly pressing on really interesting ideas about power and about systems of oppression,” Eliza Clark explained about why this project was so appealing to her as a showrunner, writer and producer. “But the comic book is also twenty years old. One of the things I was most interested in doing with this adaptation was taking all of the things I love so much about the comic book, but also updating it. Our show is gender diverse, and we've made the representation of this world, in some ways, very different from the way it is in the comic book. Yorick's maleness is not what sets him apart in this world; it's his Y chromosome that sets him apart. In that way, we used the book as a blueprint. I think fans of the book are going to love it, but I also think that with the book, Brian and Pia were extremely excited about the ways that we could update it, and I think that's what we've done with this adaptation.

Yorick Brown is the last human left with a Y chromosome after the Event, played by Ben Schnetzer. “The VFX department on this show, led by Stephen Pugh, is really fantastic at bringing Ampersand to life and making it feel as 3-D as possible,” he shared about his monkey scene stealing partner, who is computer generated. Like the world presented on screen, the actor revealed that the behind the scenes atmosphere was similar on the show. “There were certainly more women than traditionally on shows like these, but it's a very gender-diverse group that brought this series to life. It's just a total joy to work with every single one of these individuals, and I feel very, very grateful. It's an amazing experience.” 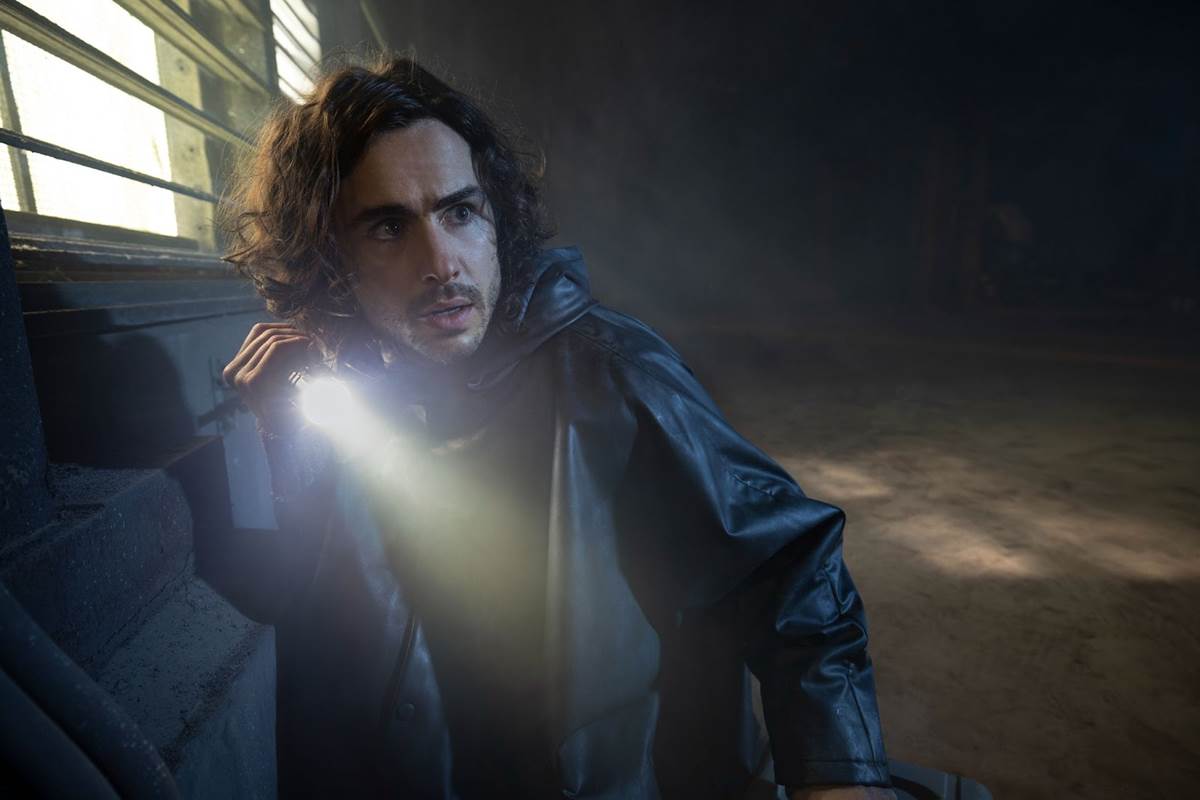 In addition to contemporizing the definitions of gender for a 2021 audience, the television adaptation of Y: The Last Man also adds a few new characters. Amber Tamblyn plays Kimberly Campbell Cunningham, a conservative wife and mother of three sons who is also the daughter of the President of the United States. “I actually chose not to read the comic book,” the actress revealed, admitting that her husband is a fan and was very excited for her. Likewise, Elliot Fletcher, who plays Sam Jordan, didn’t find the source material necessary since his character was not in the graphic novel. “As much as gender does play into it, I was more focused on what a person would do in this kind of situation, aside from gender. In this world, post the Event, gender is somewhat irrelevant.”

“If you've read the book and you love it, I think you'll be excited by the ways we're kind of tricking you so that you don't know exactly what's coming next,” Eliza Clark added about some other changes in the series that have not yet been revealed. “But I don't think you'll be, like, ‘What is this? This is not the book I read.’ You have to wait and see.”