Welcome to the Funhouse. Disney’s “Sensational Six” are back with a new animated television series debuting on Disney Channel and Disney Junior. Mickey Mouse Funhouse features Mickey and Minnie Mouse, Donald and Daisy Duck, Goofy and Pluto and introduces us to Funny, an enchanted, talking, and energetic playhouse. Funny magically transports his new group of friends to a range of destinations which allow them to embark on special adventures. 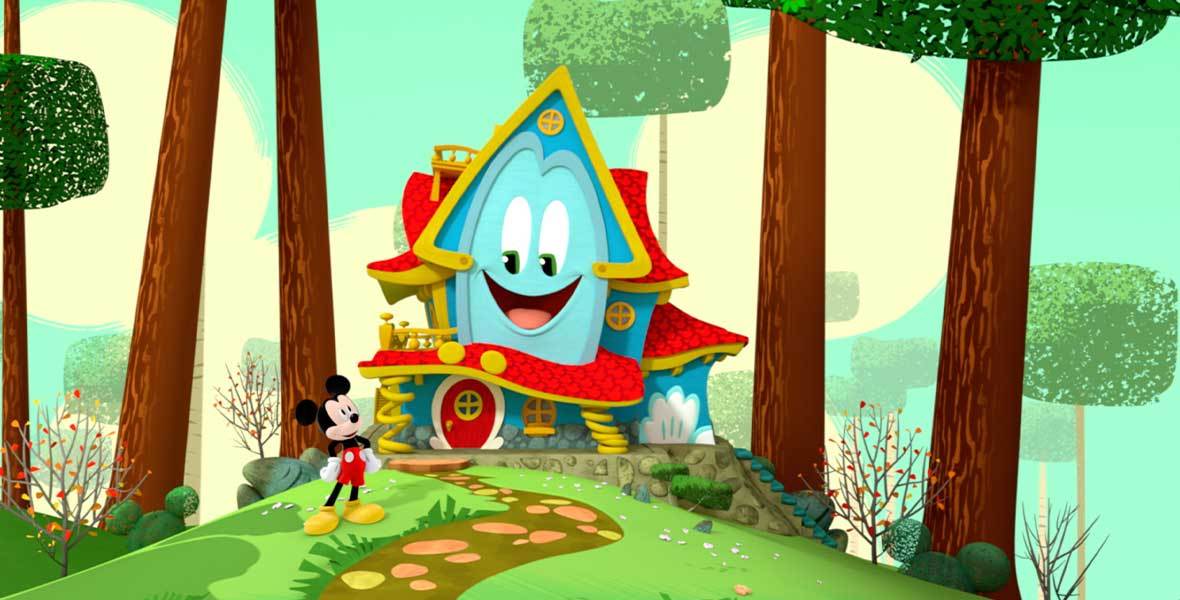 Funny lives up to his name and is entertaining as he can take the shape and appearance to match his new surroundings and can even project his face on any surface and change his voice to communicate with Mickey and the gang.

The series features the vocal talents of Bret Iwan as Mickey Mouse, Kaitlyn Robrock as Minnie Mouse, Tony Anselmo as Donald Duck, Bill Farmer as Goofy, and introduces fans to Harvey Guillen as Funny. In an interview with Farmer and Guillen about Mickey Mouse Funhouse, The What We Do in the Shadows star says the chance to play a Disney animated character is a dream come true. Guillen says he was asked to audition for the role of Funny more than a year ago and was among dozens of voice actors trying out for the part. Guillen admits being cast in the animated series is “a dream come true.” He adds that “to work with such icons, you know like our good friend here, Bill Farmer, I grew up watching Goofy and it is a dream come true, it really is.” 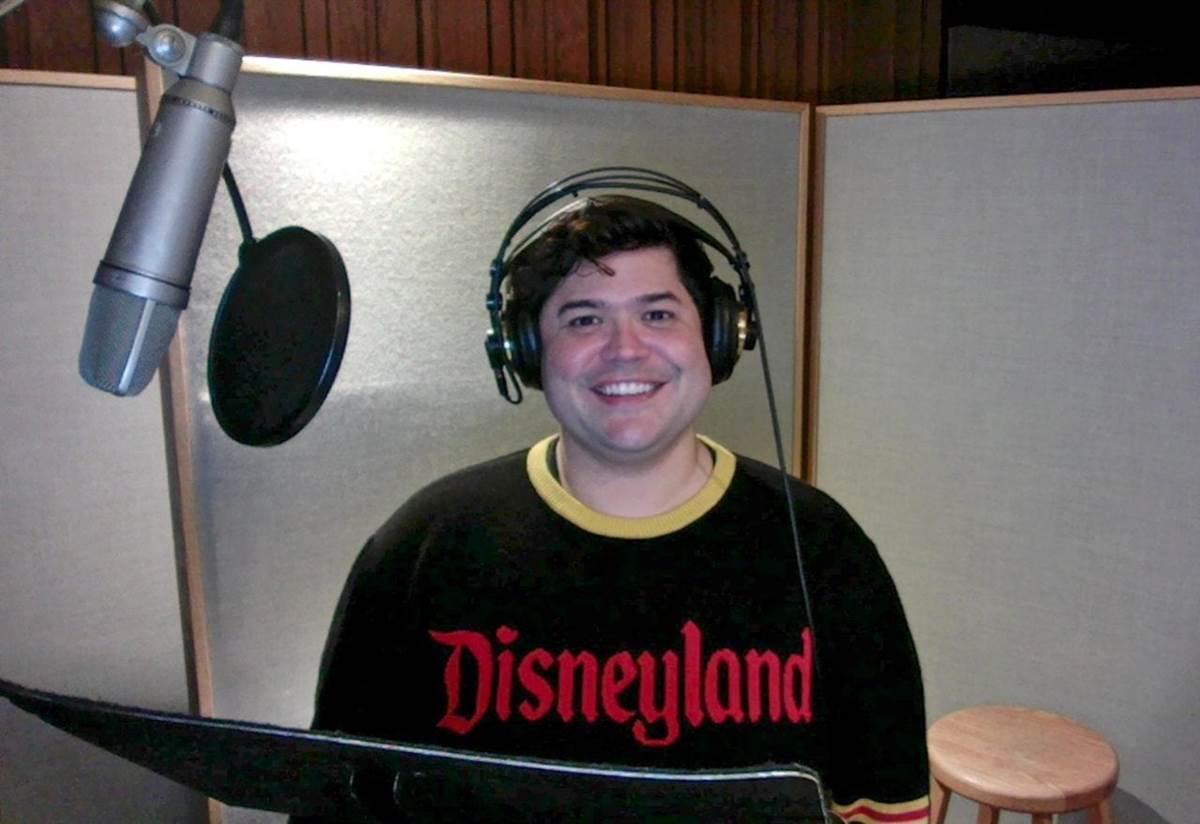 “Funny is the new addition to this iconic group of friends that we have all loved for decades,” Guillen observes. “He is kinda the best friend who encourages them through their imagination and to go on adventures,” the voice actor notes.

Farmer admits that it is no easy task to introduce a new character to the famous group of animated friends but adds that “Harvey is so good because he can, you know, assume other identities.” He further explains that when Mickey and company enter into an Old West storyline, Guillen can “speak like an old cowboy or a pirate, whatever the situation calls for.” Farmer gives Guillen his paw-print of approval for Funny adding that “he is a good character.” The veteran voice actor notes that to land a job like Funny on a Disney animated series is “no small undertaking or achievement to be on a show like this.” 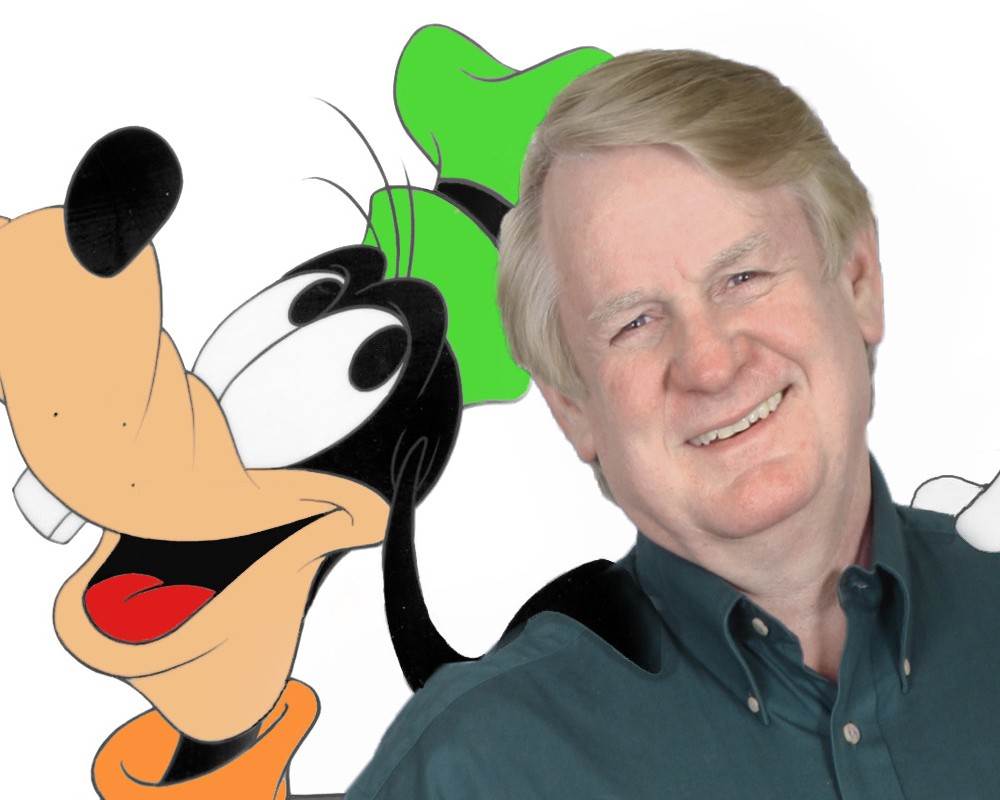 Production of the series was no small undertaking either. Farmer shares that much of his dialogue for Goofy had to be recorded remotely because of COVID-19. “I recorded at my home at a studio I have here,” the actor admits. “My son is an audio engineer, he runs the sessions and we did it via Zoom,” adding that it was the easiest way he has been able to speak for Goofy in the past year-and-a-half due to COVID. Despite the technical challenges of the production, Farmer says the process did not slow down the animation work one bit. “It is really a great show that I think kids will really enjoy,” Farmer adds. 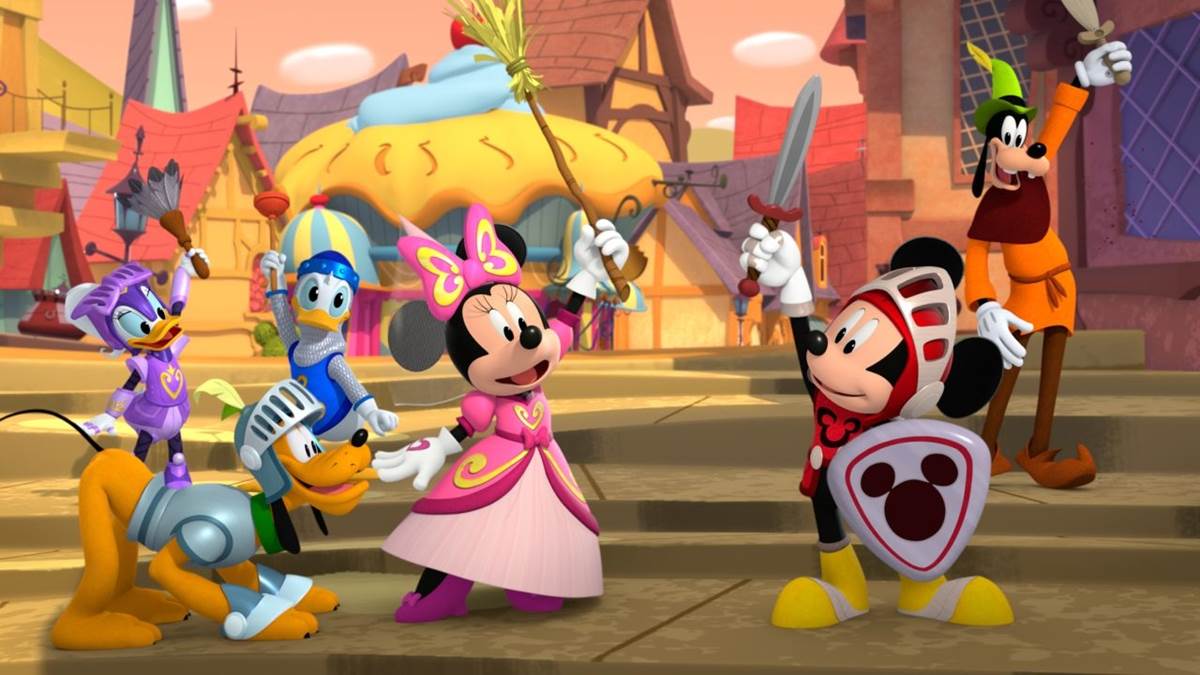 Each episode of Mickey Mouse Funhouse will feature two eleven-minute stories and a dance break between the two segments to keep children young and old alike to get up and move around. Geared for preschoolers, the show is meant to entertain children of all ages. The series will premiere August 20th at 8:00 a.m. on Disney Channel and Disney Junior. Disney+ premiere dates are expected to be announced in the future.