Two legends of comedy, Steve Martin and Martin Short, team up with superstar Selena Goomez for the quirky mystery series Only Murders in the Building. Premiering August 31st on Hulu, the murder mystery within the show is richer than expected and the series is downright hilarious. Addicting like the true-crime podcast genre that inspired it, audiences won’t want to wait for the next episode each week. It keeps you on the edge of your seat while you die laughing. 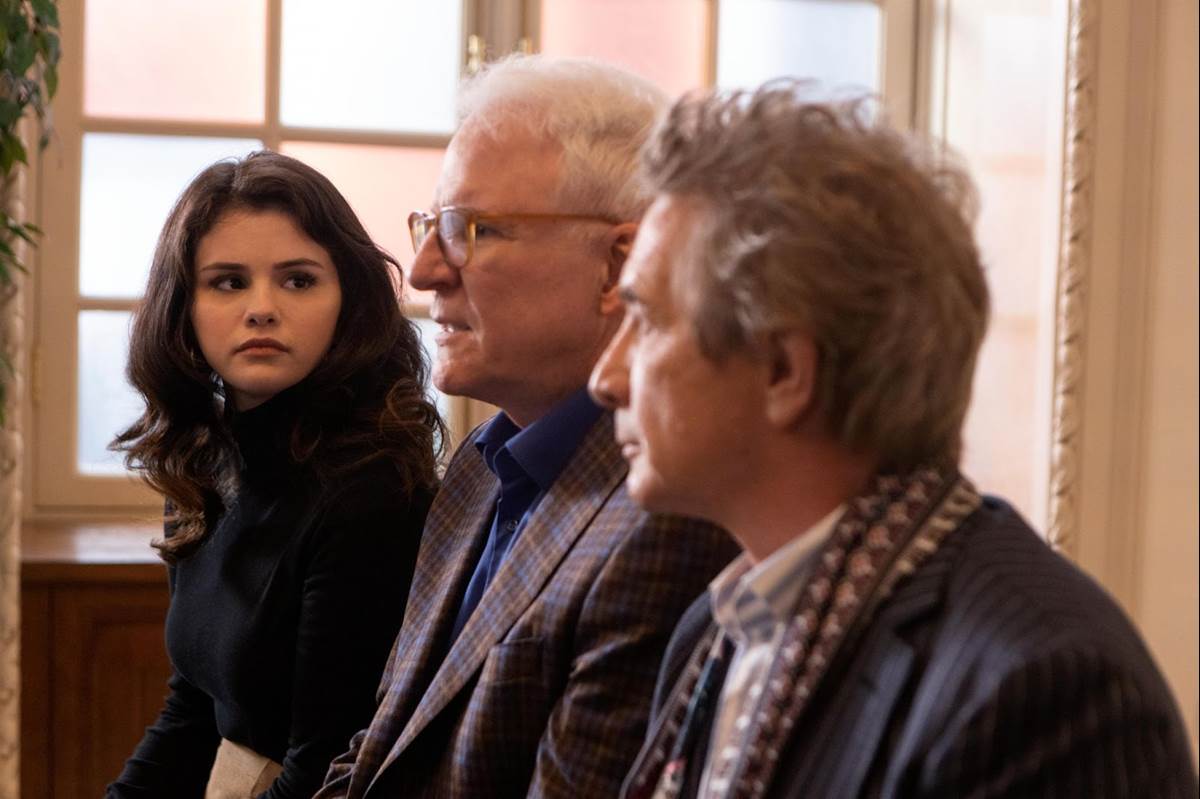 Welcome to the Arconia, a high-end apartment building in New York City that’s home to actor Charles (Steve Martin), theater director Oliver (Martin Short), and the stylish Mabel (Selena Gomez). When a power outage forces them all together, they discover that they share a love for a specific murder mystery podcast. But when they lear of an actual murder within the Arconia and team up to create their own podcast, they limit the topics to “Only murders in the building.” Unfortunately, someone doesn’t want the truth uncovered…

Steve Martin and Martin Short lean on their signature mannerisms, but the writing also sets up some truly smart comedy moments. Gomez proves herself capable of sharing the screen with these two hilarious icons, even drawing a few laughs of her own, although her character is often a grounding figure in the scenes. At the same time, Only Murders in the Building is not a laugh-a-minute kind of show, taking the mystery plot seriously. Everyone seems to have secrets they’re keeping from each other and as they dig, their truths become uncovered. 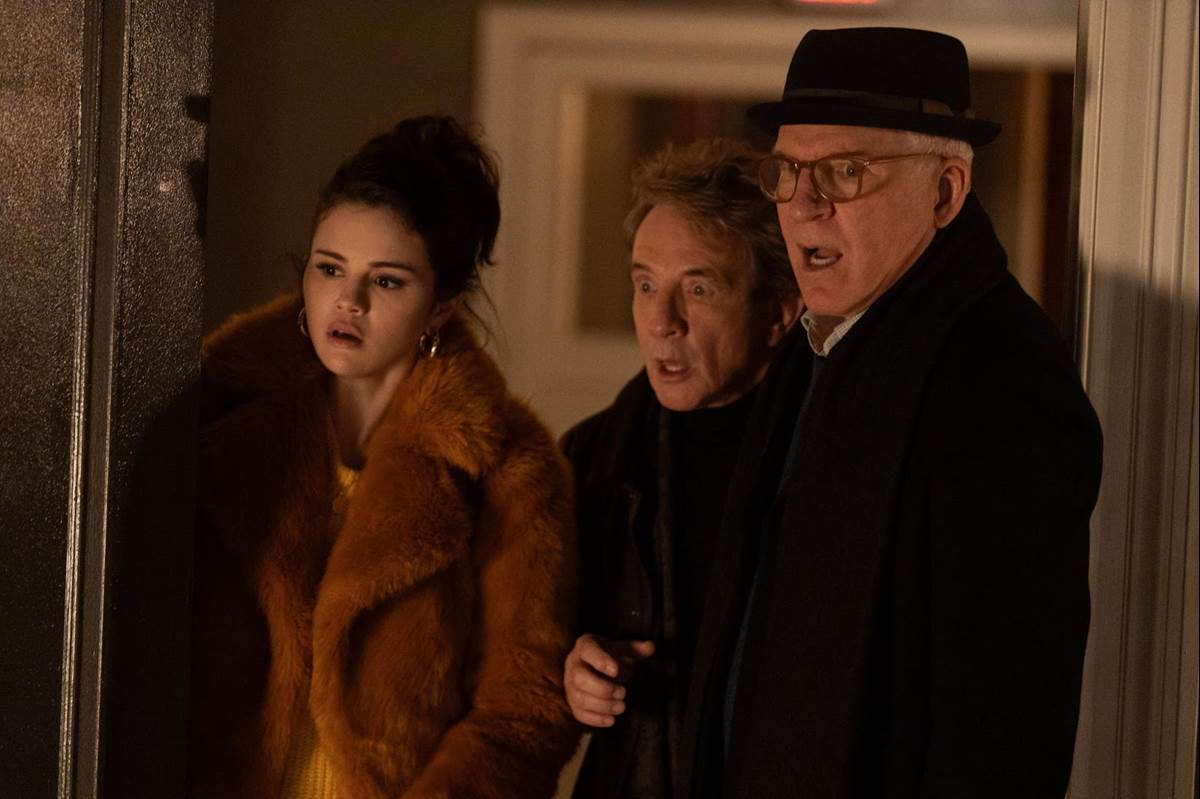 The show surprises and delights with fun cameos almost from the moment it begins. There are some big names here, but spoiling them would ruin the fun. Do yourself a favor and don’t look at any casting info before watching the show. In many cases, the cameo reveals themselves become laugh-out-loud moments. In this regard, the show plays on the same level of suspense with both the comedy and mystery.

WIth lots of tie-ins to The Hardy Boys and inside Hollywood themes of television, theater and podcasting, Only Murders in the Building instantly sets itself apart from past projects by Steve Martin and Martin Short, even though they are essentially playing the same characters you expect from them. The comedy is as smart as the mystery and whether you came for one or the other, both are guaranteed to please.

I give Only Murders in the Building 5 out of 5 shelves full of The Hardy Boys books.

Only Murders in the Building premieres Tuesday, August 31st only on Hulu.